BACK TO ALL NEWS
Currently reading: James Ruppert: Beat bobbly knees with a used SUV
UP NEXT
Rolls-Royce road trip: remembering the marque's epic seaplane racers

Older legs need a car that's high up, and these bangers are the ones we recommend
Open gallery
Close

What on earth is next when your very own icon falls apart? It’s a tricky one, especially when Roger’s old Mercedes-Benz estate was running out of time and there didn’t seem to be a nearby replacement. In his words: “I’m currently sourcing an SUV, because a knee problem means I need to be able to slide out of the car.

“My heart says a 2006 BMW X3 2.5 with 71k miles and my head says a Lexus RX 300 from the same year with 84k miles. I know friends who have owned each model and both give a good report. It will only be less than average mileage. What do you think?”

Certainly when it comes to getting in and out of vehicles, I’m starting to favour those that are a tad higher up. My initial reaction would be to go for a Lexus, on the grounds that reliability isn’t going to be any sort of issue, provided the car is in pristine nick. Owners can just go about their business uninterrupted.

You can get fairly old but perfect examples at a price. For instance, a 2006 RX 300 with less than 50k miles and one private owner after being a pampered demonstrator is a stiff £7400. You might prefer another 2006 example with an extra 100k miles; an unwanted part-exchange, it’s just over £2000. There’s a choice.

If you enjoy driving, an BMW X3 is certainly going to be more fun, plus a much cheaper proposal. Dodging the high-milers, a one-owner, 94k-mile 2.0-litre diesel SE that looks tidy enough is advertised at £2300, which seems very reasonable. Indeed, there are a few X3s around of that mileage and money, and one with a sole previous keeper was even better value. Service history and lots of bills is always a good way forward, so Roger seems to have a lot of good options between these models. 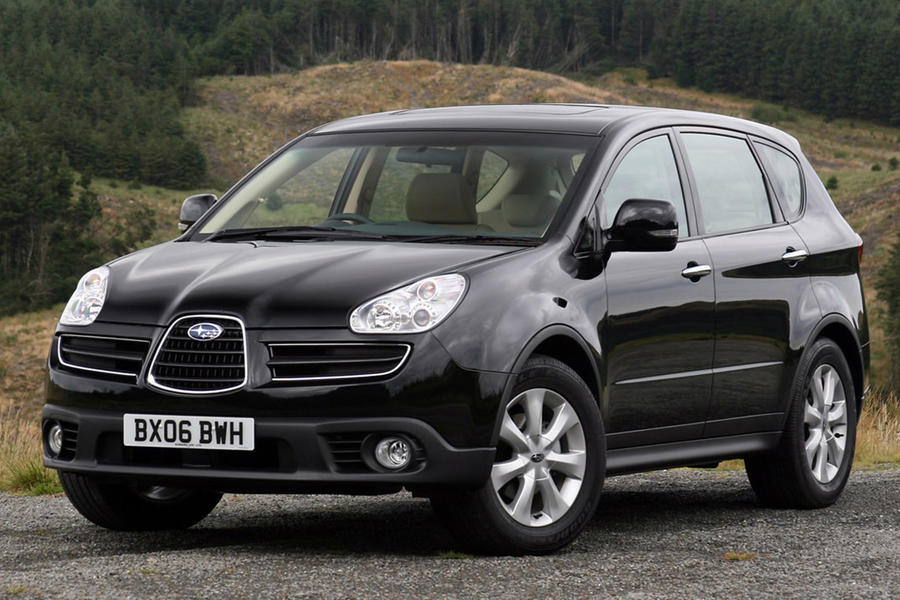 Interestingly, though, he also threw in a real oddity in the weird shape of the Subaru Tribeca. Roger said that he’d never seen one before, and it is indeed a rare car, but it’s not unappealing, even if it is a bit challenged in the looks department.

Subarus shouldn’t break down but, if they do, they will be expensive to fix, and the Tribeca is no different. There are never many around and they’re not especially cheap when you do find them. I’ve found a 2006 3.0 SE with 106k miles and a load of extras including a towbar for £2700. It will be a very expensive way to tug anything around, on account of its petrol engine. I am rather warming to one of these, though, as it seems like an intriguing way to get around.

The used car world has been SUV-shaped for some time now. The sheer number of models for sale can either overwhelm, entertain or alarm you. There are certainly plenty of options for Roger to choose from. 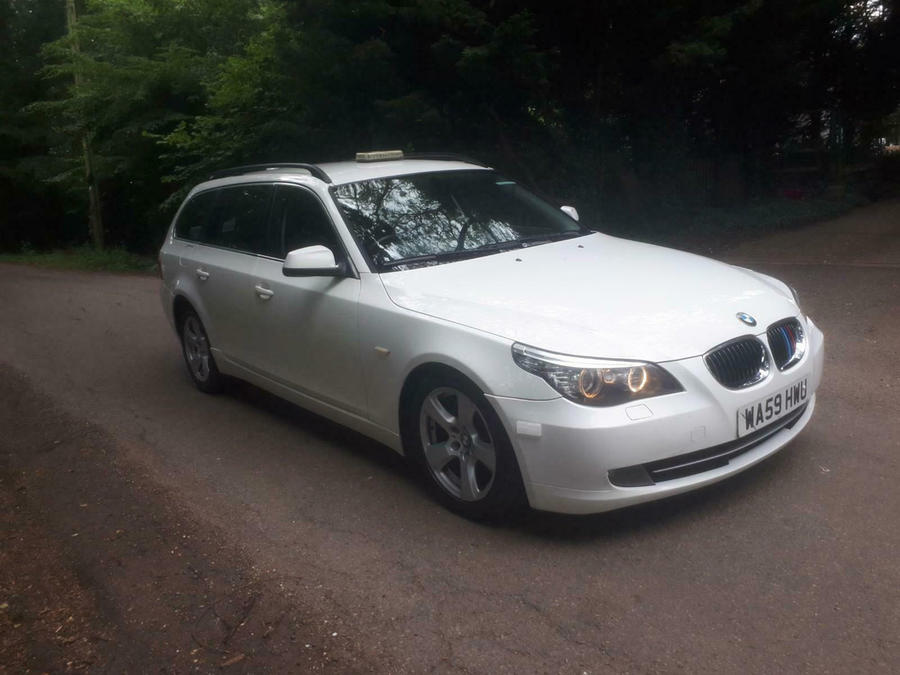 BMW 530d Touring SE: An ex-response car that’s done a quarter of a million miles and is based in Romford must have some tales to tell. At just £1550, it had us happily dreaming of inline-six cruises. Its condition is described only as “okay”, but it still seems worth a punt to us. Can you resist the temptation of discovering what cosmic mileage can do to a BMW? 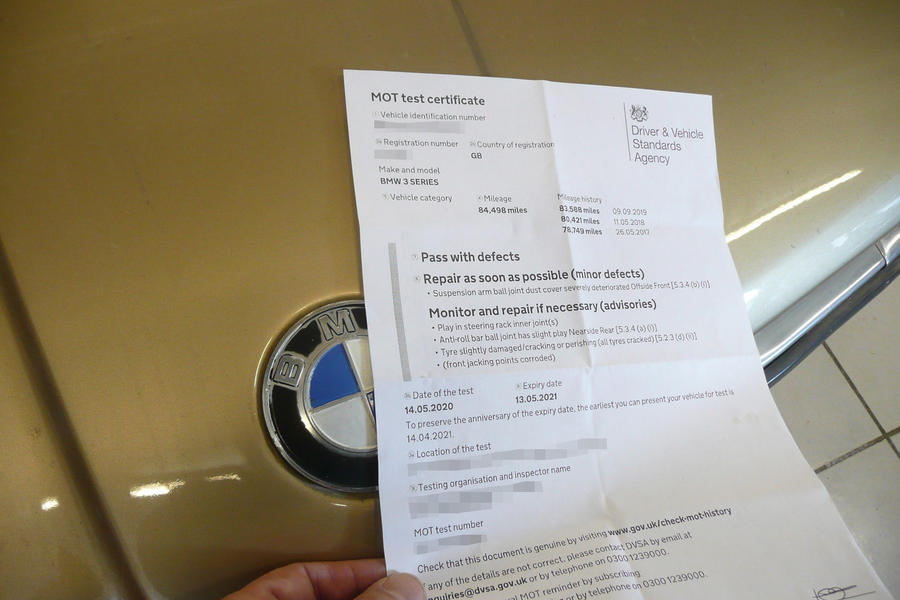 BMW 320, mileage - 84,500: The Baby Shark was due an MOT, even though it’s no longer legally required to have one. It would be irresponsible not to check whether it’s still officially roadworthy. The great news is that it is, but there are advisories. Indeed, a surviving minor defect from last time is a suspension arm ball joint dust cover with a split. There are some very minor suspension issues, too, but the most pressing one of all is the tyres; they’re rather ancient, so they’re going. There’s some rust on the front jack points, but it doesn’t seem terminal. Meanwhile, my garage did something and didn’t do something else. I’ll explain next time… 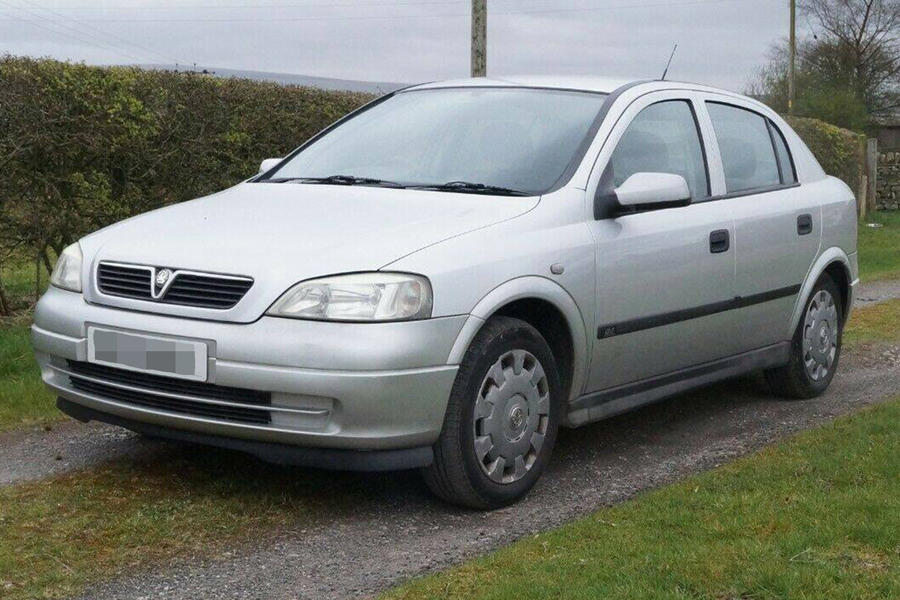 Vauxhall Astra: Martin has been practising Bangernomics for longer than he can recall. “I’ve just bought a 110,000-mile 2002 Vauxhall Astra G,” he says. “The last owner had used it as a makeshift van, and every panel is splodged with paint, both inside and out. I’m making headway with thinners and T-Cut, but it’s a long job. It came with a lovely file of receipts for yearly services, MOTs, timing belt changes and a recent clutch, exhaust, catalyst and radiator. It cost £250 and has an MOT until April. It’s pleasant to drive and frugal on petrol.” 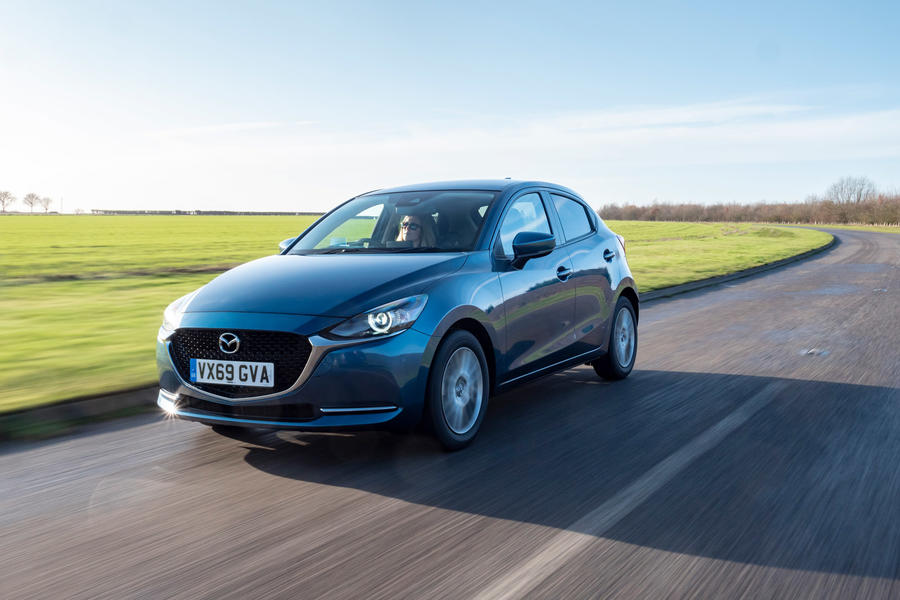 Question: I’ve been driving my third-generation Suzuki Swift for years. I want to chuck it in for another small car that isn’t boring. My budget is £10k; what can I get? Harry Rout, Bury St Edmunds

Answer: How about a Mazda 2? Your budget can get you a sweet example from just last year with hardly any miles on the clock. The 2 has one of the best manual gearboxes in any small car and a naturally aspirated 1.5-litre petrol engine that’s nice to wring out. You can also buy a Mini from 2015, which is likely to cost more to run and maintain but is a hoot to drive. DR 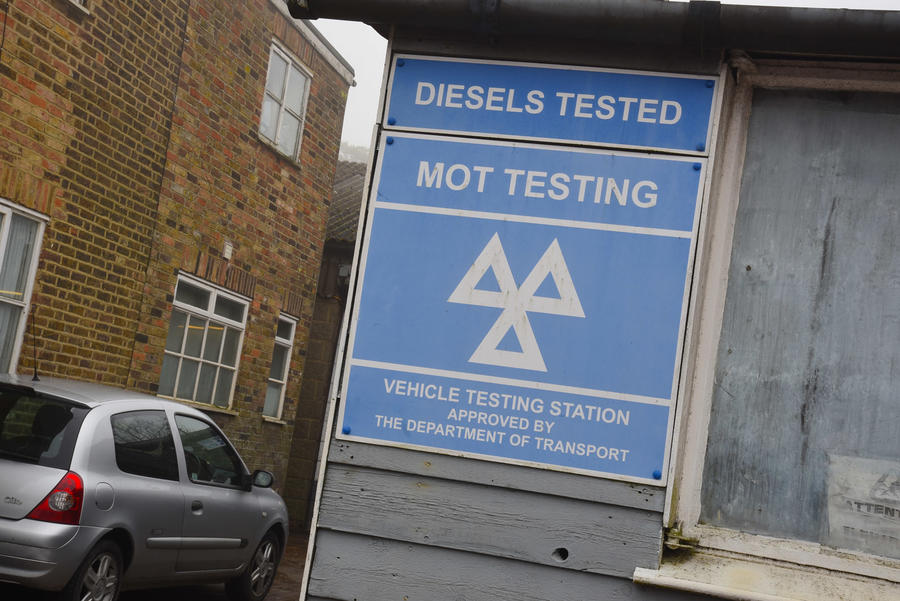 Question: My 2017 Audi Q5 was due its first MOT test on 10 May. I was reassured of the six-month extension. Should I book the test early, and will it always be due on 10 November now? Ron Baker, Carlisle

Answer: As long as your car is in fine condition, relax. The six-month extension given by the government applies to all MOT tests that were due from 30 March. There’s no need for you to arrange an MOT for the car before November and there’s no funny business about the length of the MOT once it has been tested: the certificate will still be for the usual 12 months. DR

There's less need for the

There's less need for the extension now that people are allowed non essential drives, I have been working all through the lockdown and got my car MOT'd at the begining of April as my local garage was open, they serviced it as well. I took the idea behind this to legalise street parked cars during the essential journeys only period. This has passed but shielded people still shouldn't go out so may still require it, but everyone else can got to the MOT testers.
jensen_healey 9 June 2020

How do you know a three year

How do you know a three year old car is in 'fine' condition? If you are using your car surely best to pay the 50 quid for the MOT that it will need anyway. Then you can 'relax' safe in the knowledge that it was certified as legally roadworthy. The MOT extension was put in place basically to allow people who are not using their cars during lockdown to be able to re-tax if they are parked on the highway.

How do you know a three year old car is in 'fine' condition? If you are using your car surely best to pay the 50 quid for the MOT that it will need anyway. Then you can 'relax' safe in the knowledge that it was certified as legally roadworthy. The MOT extension was put in place basically to allow people who are not using their cars during lockdown to be able to re-tax if they are parked on the highway.

Indeed.  It was flippant, bad advice.  If people are treating it as an "MOT holiday" that's an entirely wrong take from what was a good idea.  In that position, if I was using my car on a regular basis, now, and the MOT is, or had been, due, I'd get it done.  (Not least my MOT is actually due in November and I don't want to be in a bun fight to get it done because of people from May not having theirs done.  ;)  )

Further, it is up to the keeper/owner to ensure that the vehicle remains safe to drive, and that the extension has been applied.  While it should be automatically done (seven days before due date), don't assume it has been and check because if it hasn't been extended, and you're driving, it may make your insurance invalid.