BACK TO ALL NEWS
Currently reading: New 2020 BMW 4 Series leaks ahead of tonight’s unveiling
UP NEXT
Hidden gems: A peak behind the scenes at Beaulieu

UPDATE: The new BMW 4 Series has been revealed, see it here

First posted by the BM World M Instagram account, the pictures seem to have been lifted from an official launch brochure, giving us a first look at the front, rear and side of the car, as well as some of the colour options that will be available at launch.

The coupé has previously been spotted by our photographers at the Nürburgring and near BMW's Munich headquarters, but these new pictures are the first to show the firm’s bold kidney grille undisguised, as seen on the Concept 4 Series last September.

The Audi A5 Coupé and Mercedes-Benz C-Class Coupé rival also has a clear family resemblance with the larger 8 Series. It features a prominent bonnet, a heavily curved roofline, an angled rear window and a pronounced shoulder line over its rear wheels. 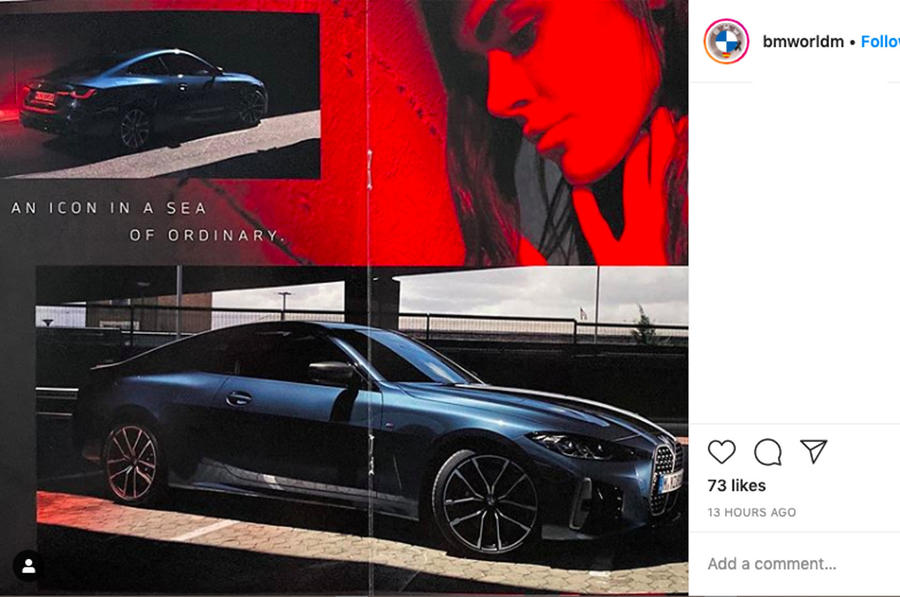 Alongside the coupé spied here, BMW is also developing a successor model to the 4 Series Convertible, which will feature a fabric roof in place of the metal structure used by the current generation, and a follow-up to the four-door 4 Series Gran Coupé.

The 4 Series is based on the latest variant of BMW’s CLAR (cluster architecture) platform. It supports both rear-wheel drive and four-wheel drive, although, unlike the larger 8 Series, developments such as air suspension and four-wheel steering aren't planned to be offered during its seven-year lifecycle.

The engine line-up will be similar to that of the latest 3 Series, to which the 4 Series is related, with an extended range of 2.0-litre four-cylinder and 3.0-litre six-cylinder powerplants to be offered from the outset. 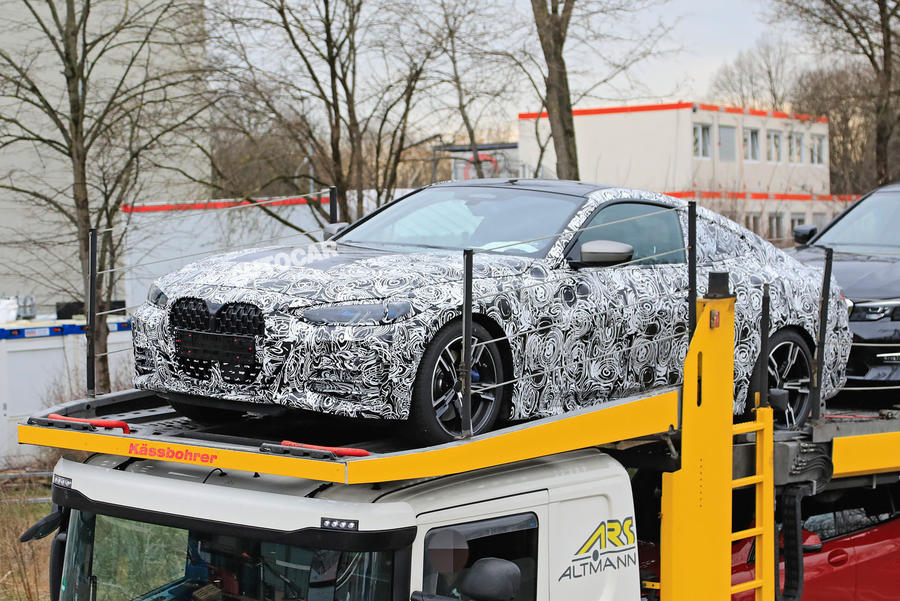 BMW insiders have confirmed plans for 420i, 430i and M440i xDrive petrol models together with 420d and 430d diesels. There will also be a new 430e plug-in hybrid, featuring a 2.0-litre four-cylinder petrol engine and gearbox-mounted electric motor developing a combined 248bhp and 309lb ft.

The 420i, 430i, 420d and 430d, all with standard rear-wheel drive, will be offered with optional xDrive four-wheel drive. The M440 xDrive will have all-wheel drive as standard.

Heading the new line-up will be the second-generation M4, which is set to run a powered-up version of BMW M’s new twin-turbocharged 3.0-litre six-cylinder petrol engine developing 503bhp and 442lb ft of torque together with an eight-speed automatic gearbox and fully variable four-wheel drive system in top-of-the-line M4 Competition guise.

The grill wasn't a PR prank

The grill wasn't a PR prank then. Don't they realise it looks like a pair of buck teeth? I can't understand how it could possibly have made it to production without somebody stepping in to stop it.
Jonathan Lingham 2 June 2020

And we all loved that, didn't we?

If you had an imagination....