BACK TO ALL NEWS
Currently reading: Buy them before we do: second-hand picks for 13 December
UP NEXT
Dear Tobias: How the new CEO can fix Aston Martin

Buy them before we do: second-hand picks for 13 December

Our round-up of 4x4s prepared for whatever winter can throw at them kicks off with this leggy Landcruiser. The 2004-reg motor has done 203,000 miles but it comes direct from its first owner and has a full service history. The timing belts were replaced at 119,000 miles (the official interval is 100,000) and the turbocharger three years ago. It got a new alternator last year.

So it’s worth a look, along with the other five or so 4x4s that experts say you should also check out. The thing is they know an old ’cruiser can be trouble, but to misty-eyed enthusiasts, the model can do no wrong.

If only that were true. For example, we’ve deliberately sought out a 2004-reg because this and earlier J120s – Toyota’s codename for this generation of 2003-09 Landcruiser – avoided the copper injector seal problems that blighted later models. 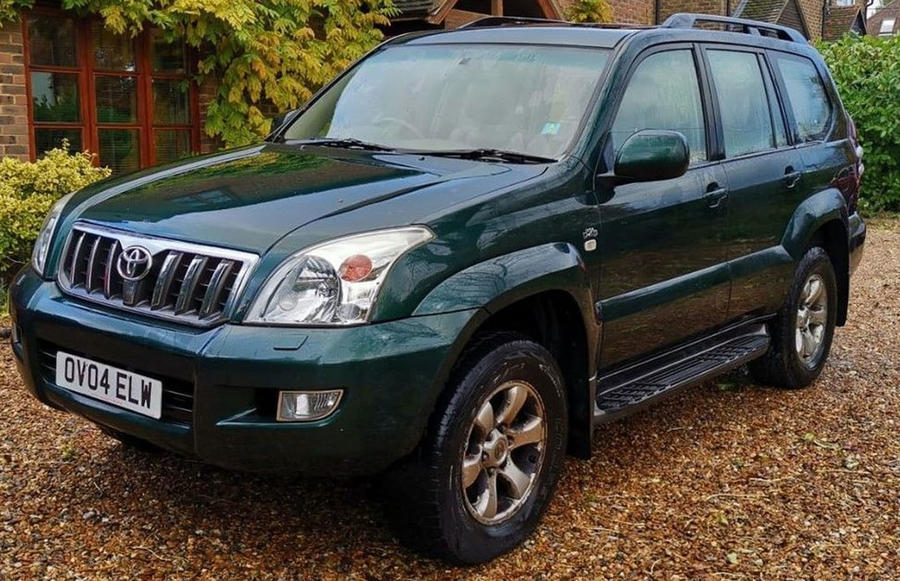 Corrosion can be an issue at all ages. The sills and floorpan fare worst but even brake lines can rust through. It’s a heavy vehicle so expect the suspension and steering bushes to be showing signs of strain.

Then there’s the combined engine and gearbox radiators, which can break down, allowing their fluids to mix, and on top-spec LC5 models, the possibility of the high-tech heater controls failing. Go for an LC4: it’s much more straightforward.

It all makes pretty grim reading but it’s best you know so you can avoid the worst and buy the best. Do that and you’ll be very pleased with your big ’cruiser. A cavernous cabin, tough ladder-frame chassis, diffs galore (the LC4 has hill-start assist control at the rear instead) and even air suspension on the LC5: it’s all here. 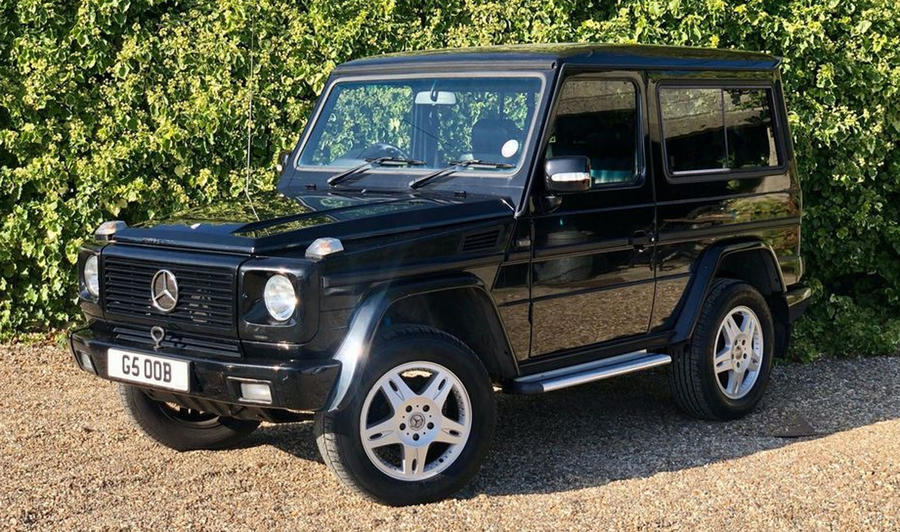 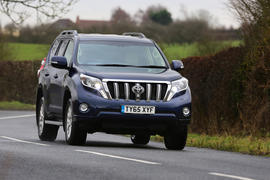 Mercedes-Benz GE300 3dr, £14,495: You could argue it’s all about the image with these old G-Class motors but let’s not forget their ancestor (the G-Wagen) was conceived as a military vehicle and it passed its toughness and ability on to all its descendants, including this 150k-mile, 1991 example. 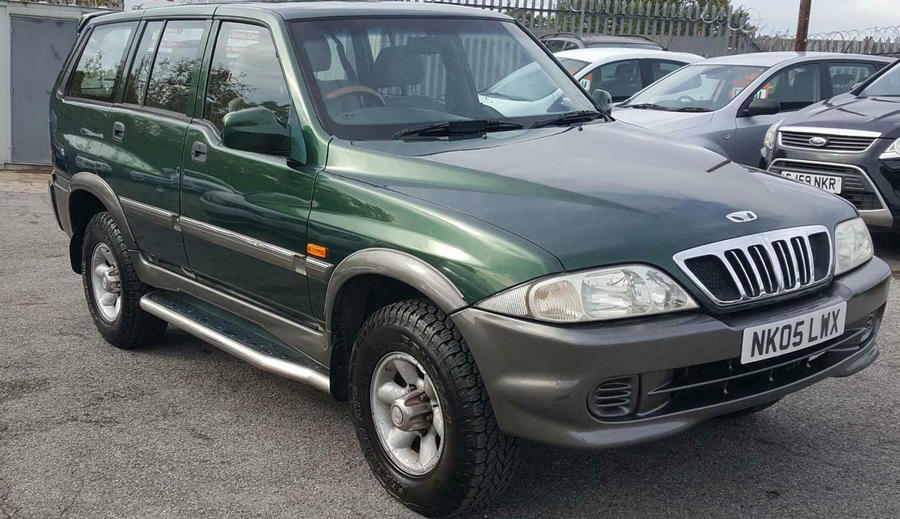 Ssangyong Musso 2.9 TD GL, £1995: The Musso is, let’s face it, an ugly old thing, but under its bonnet is a bombproof 2.9-litre Mercedes diesel engine. It has off-road chops, too, being a Pharaohs Rally winner. This 2005 one has done 114,000 miles. Its kit includes alloy wheels and air-con. 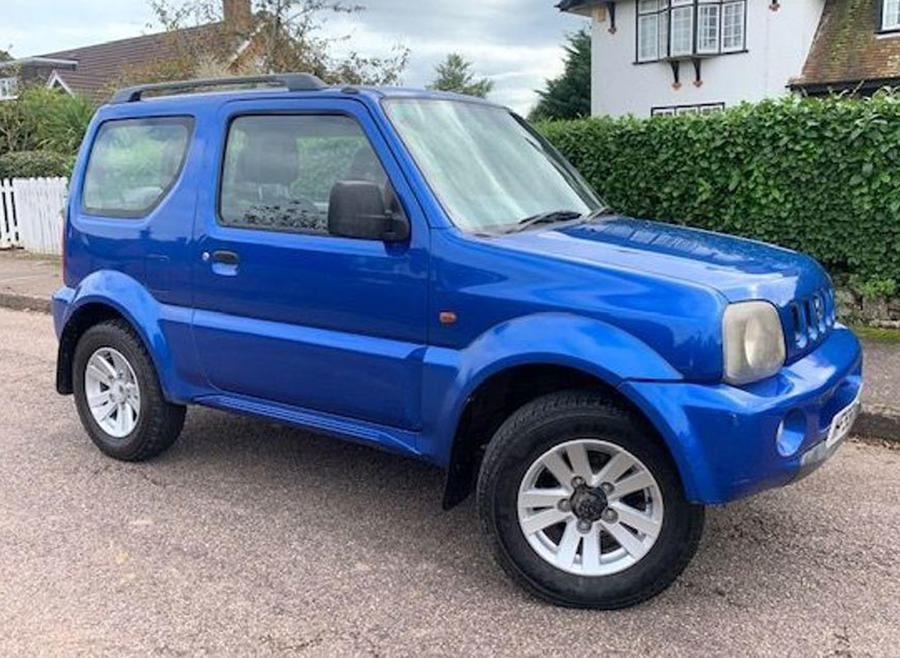 Suzuki Jimny 1.3 JLX, £2390: Suzuki’s miniature 4x4 is a likeable, characterful motor and capable in challenging conditions. Our pick is a 2005-reg with 112,000 miles and full Suzuki service history. It’s the tin-top model. Don't buy the soft-top, which is cheaper but not as tough. 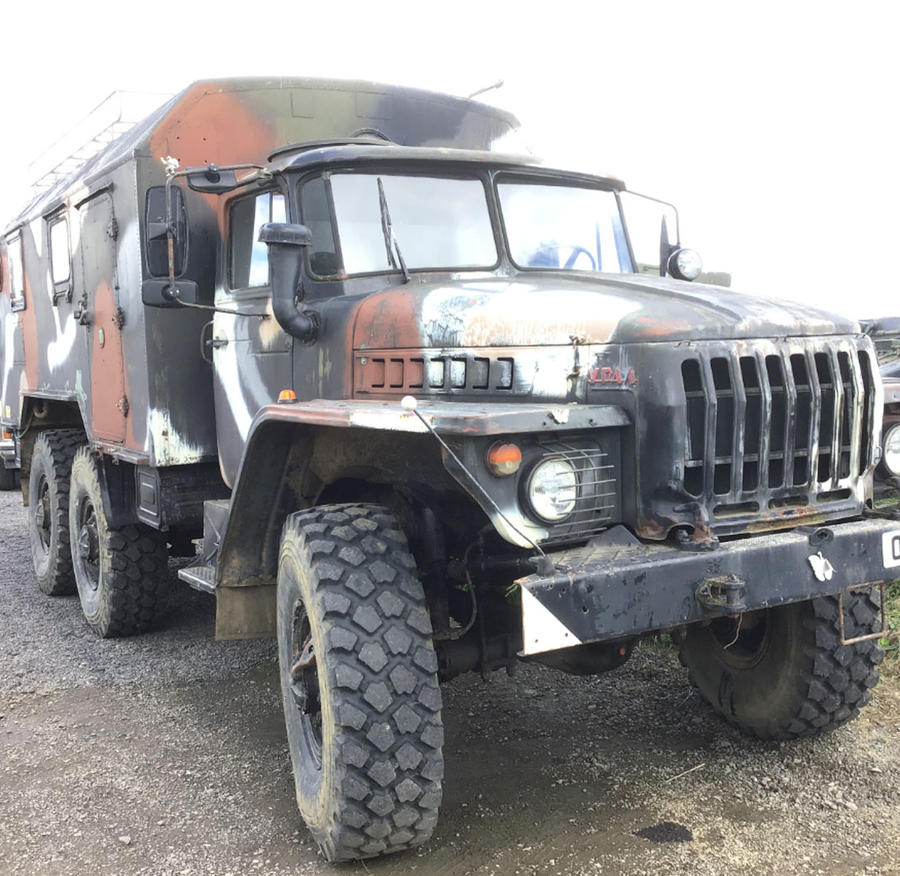 Ural-4320 6x6 diesel, £10,000: It’s hard to imagine getting stuck in this six-wheel-drive leviathan with locking diffs, but if you do, its seller is mid-way through fitting a sink, lavvy and bed. The diesel is rarer than the petrol and more economical and this one has done only 11,000 miles. 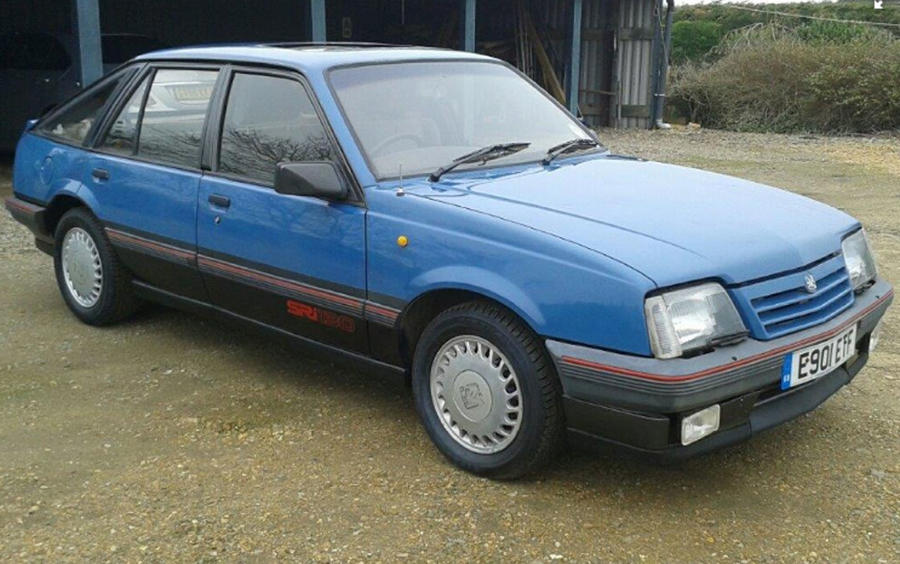 Vauxhall Cavalier SRI 130 5dr: In days of old, when reps were bold, they voted for a Cavalier SRi. Its 2.0-litre motor produced 128bhp, not much compared with today’s 1.0-litre three pots but respectable enough. In any case, the natty SRi graphic on the doors must have been worth another couple of horses.

What’s more, being front-wheel drive, it felt much more secure than its arch rival, the rear-drive Cortina, which not only bounced up and down but could also shimmy from side to side. 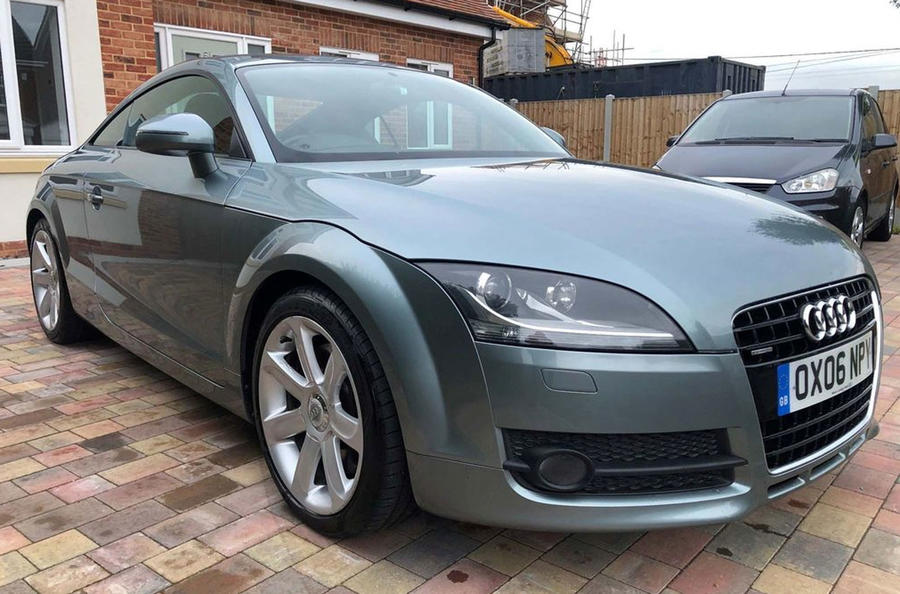 Audi TT 3.2 TFSI S tronic quattro, £4450: With the current TT likely to be the last, now might be a good time to snare a collectable example of one of its forebears before people get wind. The Mk2 3.2 TFSI S tronic of 2006 springs to mind. There’s power aplenty here – 247bhp plus 235lb ft torque – for 0-62mph in 5.7sec. Wider front and rear tracks mean it’s more stable than the Mk1 and a good one should feel taut and composed in corners. Our find is a 2006-reg with 94,000 miles but full Audi service history. 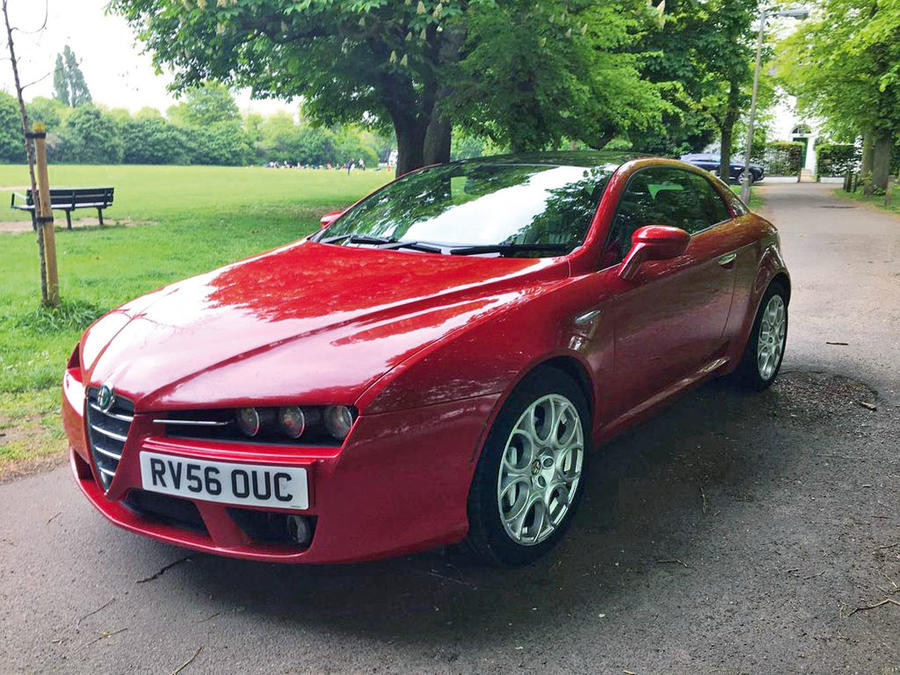 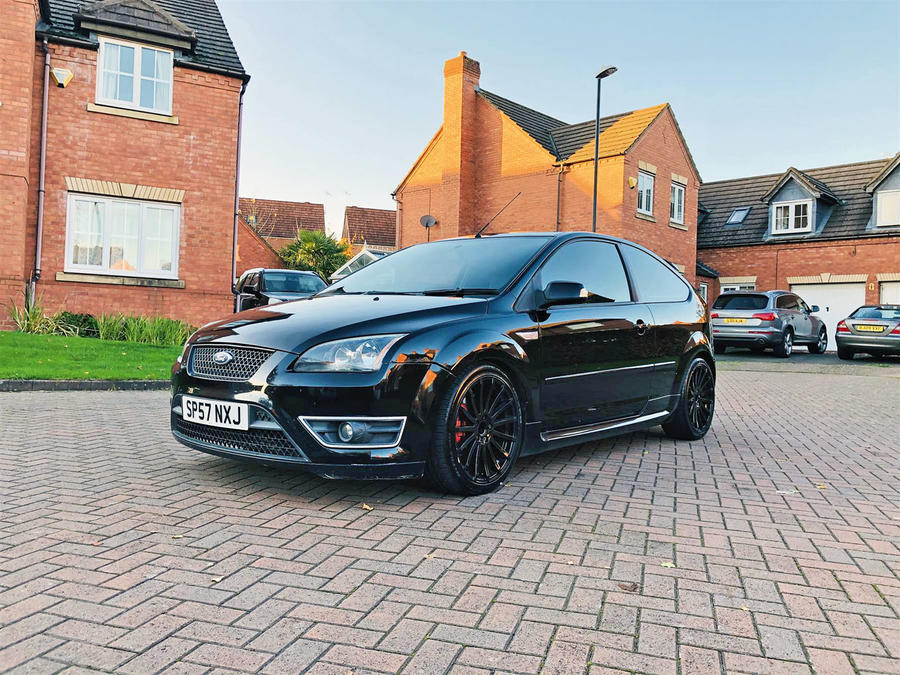 Max Adams: The tone of an engine is such a subjective matter, but we can all agree that the Italians know a thing or two about making a car sound great, which is why I’ve plumped for this Alfa Romeo Brera. Its 3.2-litre V6 is a mechanical tenor that’ll have you reaching for the window switches while you floor it through every tunnel.

Mark Pearson: The trouble with a car making a noise, whether it be a sonorous or purposeful or characterful one, is that when all is said and done, it is just a noise. However, I like a large-bore exhaust and this modded five-cylinder Focus ST looks eager enough for under £5k. It has 300bhp, too. Apparently, it burbles, backfires, pops and bangs, so enough to keep even the oldest adolescent happy.

MA: Some might prefer an engine with range, which my naturally aspirated Brera fortunately has. Your forced-induction Focus is a tad flat off boost, whereas mine will pull cleanly from a basso rumble and crescendo to a stunning 6700rpm climax.

MP: I’m afraid I’ve got no idea what you’re talking about. Have you been drinking?

MA: A crisp Italian wine, if you must know. Far better than your can of Stella.

MP: John, you’re a musical man. Sort this out…

Verdict: Brera – the Pavarotti of motors.

11,000 miles is the distance from Siberia to London and a Russian vehicle is a one way ticket only.

Is the Corrina really the

13 December 2019
Is the Corrina really the cavalier mk2s arch rival? I'd have thought that honour went to the Sierra as the Cortina was old hat when the cav came out and was replaced by the Sierra shortly afterwards.

Alfa v ford, whilst I don't

13 December 2019
Alfa v ford, whilst I don't doubt the Alfa V6 does sound better, the 5 pot Volvo T5 in the st does sound fantastic.

Alfa v ford, whilst I don't doubt the Alfa V6 does sound better, the 5 pot Volvo T5 in the st does sound fantastic.

Sadly, there is no "Alfa V6" in the Brera, its simply a midly modified GM V6. Indeed, the Brera isnt really an Alfa either, sitting as it does, on a Saab engineered GM platform. The most Italian of the Breras were the 2 diesel models with their Italian JTD engines, the 5 cylinder 2.4 being particularly tuneful, almost petrol like in its timbre.

The Brera has several faults, some of which I ve outlined above, unreliablity however, is not one of them.

13 December 2019
VAG 3.2 v6 has timing chains made of liquorice. Engine out for that. DO NOT BUY AT THAT MILEAGE...RUBBISH ADVISE. Despite Brits obsessing over the lc120 Landcruisers, it really is the baby lc. If you want the real deal get a lc200....A proper Landcruiser... or save some dosh and buy a Nissan Patrol, of which many in the know agree is in many ways the superior vehicle.