BACK TO ALL NEWS
Currently reading: James Ruppert: Rally roots bangers that make great used buys
UP NEXT
BTCC 2021 season preview: why Gordon Shedden is 'burning to win again'

Sure, they've never actually raced or rallied, but a link to a motorsport star does make a used car stand out
Share
Open gallery
Close
Share story

Marketing new cars is some sort of dark art. However, broadening the appeal of a dullish family car by associating it with someone who is handy behind the wheel has to be an easy call. I mean, adding ‘Schumacher’ to the Fiat Stilo moniker at least grabs some attention.

Only 200 of them were made for the UK market in 2006, so I thought it might be a challenge to find one of these beauties as a used proposition. I mean, this side of a Seicento, it is the cheapest way to get into an Italian motor connected to the German Formula 1 world champion. I was tipped off that there’s a 104,000-mile one coming up for auction. It’s a bit well used around the edges, but it has a full service history, a fresh MOT and a new master cylinder. I’ve no idea what it will go for but I chanced across a three-owner example with a modest 46,000 miles that is up for £3250 in the classifieds. There didn’t seem too much wrong with it apart from a dodgy CD player. It looked quite fetching and contemporary in red with black alloys.

Those are the bargain basement of the F1-related hatch market and the premium-priced ones are the legendary Renault Clio Williams. You will pay solidly over £20k for one, maybe a lot more depending on the condition, which should be exemplary, and what limited-edition number it is. A Clio Williams 2 from 1995 is still something of a legend and the one I saw had done 73,000 miles and had had a recent cambelt change. It was up for £15,495 at a dealer. I also discovered a 1995 privately advertised example with 69,000 miles that would need checking out, but £12,000 certainly seems reasonable. Apparently, there are only 174 left out of the 444 made. Something of a bargain, then. 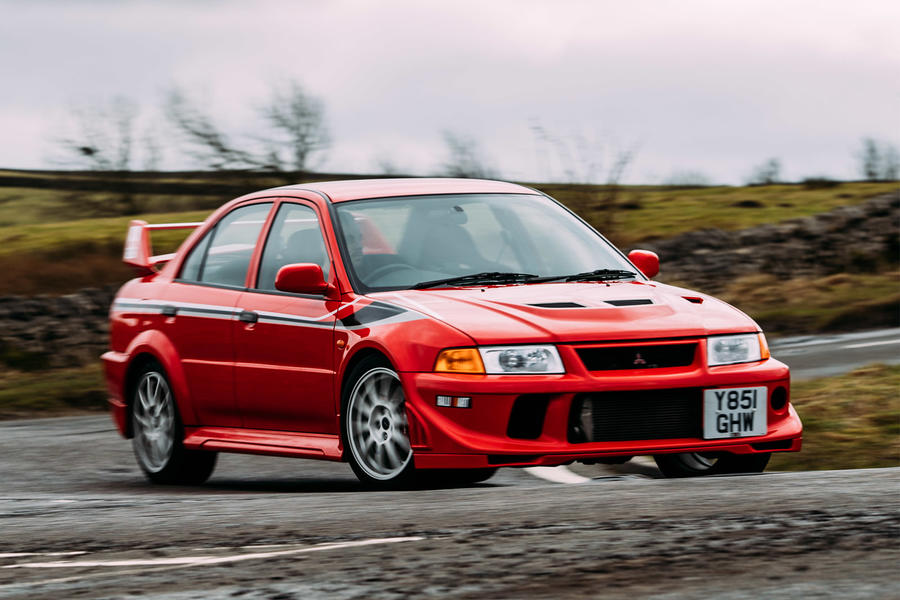 Why is F1 so special, though? Rally drivers do it in the dirt and in the dark. With that in mind, just imagine the rarity and charm of owning a Toyota Celica GT4 Turbo Carlos Sainz, which isn’t just a transfer on a bootlid but a rather special package, including an intercooler and lighter bodywork. I could not find one for sale in the UK right now, but a 1992 example with just under 120,000 miles that sold at auction for just over £9000 last June seems like spectacular value now.

Which brings us to the rather interesting Mitsubishi Lancer. Specifically, the Evolution VI Tommi Mäkinen Edition. This can be identified by having much more bodykit, plus 10mm-lower suspension, revised dampers, a front limited-slip differential and a titanium turbocharger. Again, they’re thin on the ground when it comes to classified ad or dealer examples, but last year there was one for auction. This 2001 car had covered a reasonable 78,000 miles and went for £22,750. 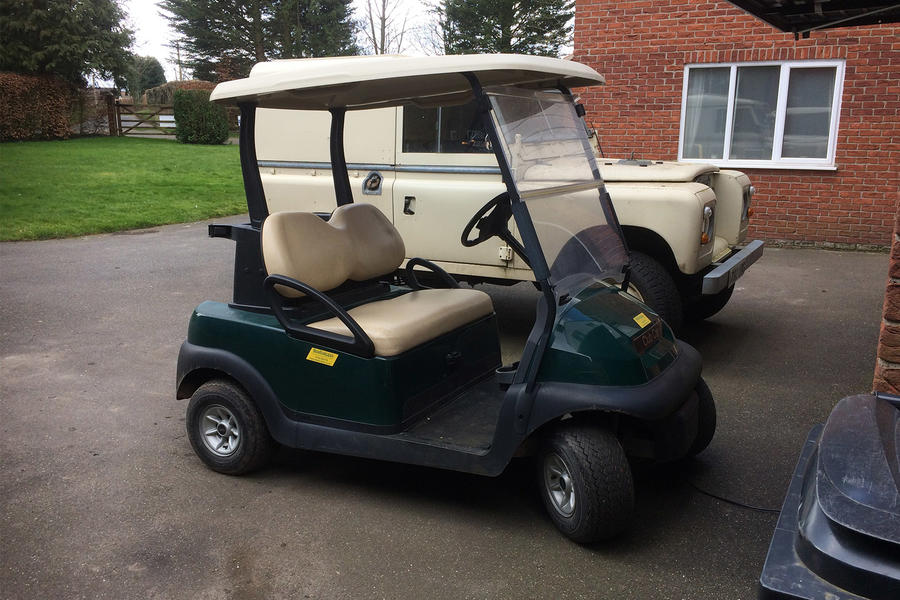 Precedent golf car: This is a proper everyday tale involving next door’s EV. It broke down at the top of their gravel drive. They use it for taking out the bins and random duties around their estate. Well, after it conked out, I did the decent thing and helped the lady of the house to push it out of harm’s way. You’d think these would be easy enough to push along, but as well as the batteries, they put up a fight and beep at you. Like the real car-sized things, they shouldn’t be dragged along. Anyway, pure Bangernomics electricity did the job, and after a few hours it could be driven away. At least there was a happy ending. 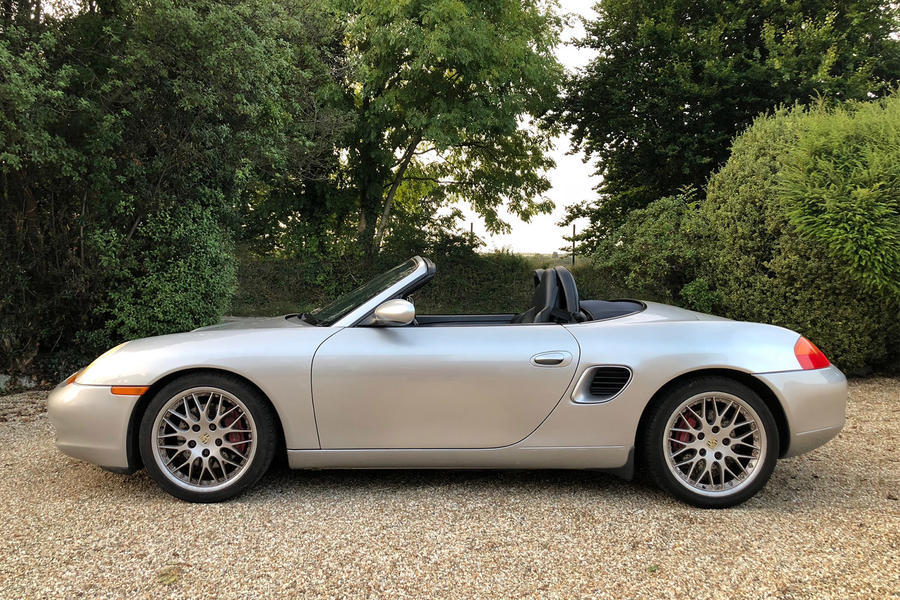 Porsche Boxster S: Huge thanks to Andy, who turned to this beautiful car when he need to replace his former work-related wheels: “After 20 or more years of company cars, I needed a suitable means of commuting 26 miles a day across beautiful Cornish countryside. The dormant toy on the drive at the time was a 2000 Boxster S with 90,000 miles that I had bought for £4250. Having sorted the suspension, tyres and brakes, I have now added 20,000 trouble-free, glorious miles with performance, handling and a wonderful noise to boot!” Question: I drive fewer miles now and resent paying the same for my car insurance as before. Are any insurers responding to this change in drivers’ habits with tailored deals? Don Brown, Chichester

Answer: The RAC has launched an insurance product for drivers doing fewer than 6000 miles per year. With Pay by Mile cover, you pay as little as 4p for each mile you drive, plus a monthly fee to cover the vehicle when it’s parked. How much drivers will save depends on their circumstances but someone paying the lowest per-mile rate of 4p and doing 5999 miles will pay £240 plus the monthly parking fee. Elsewhere, some rivals such as Direct Line will refund low-mileage drivers a portion of their premium. JE 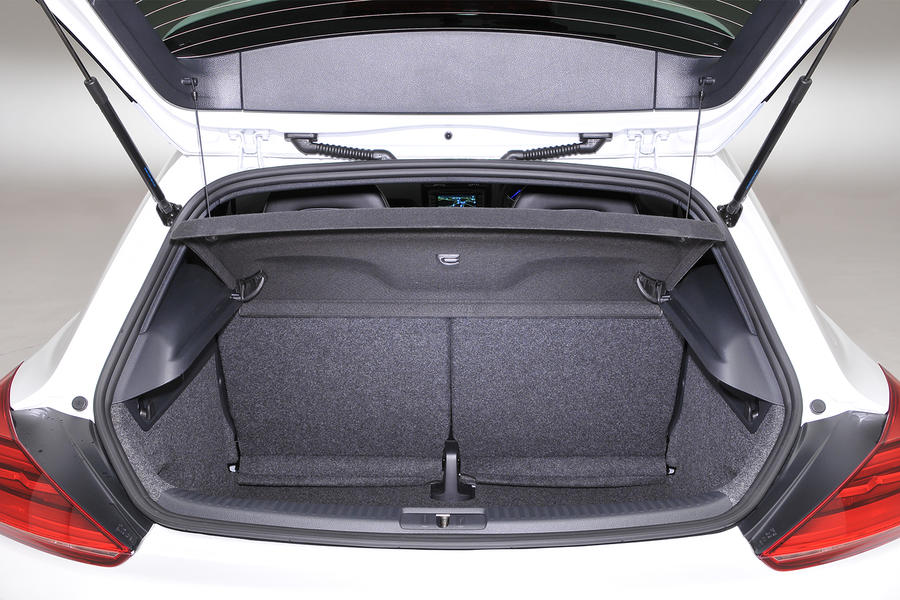 Question: I’ve only just noticed that the approved used VW Scirocco I bought three years ago has no parcel shelf! I haven’t lost it so the car must have been sold without it. What rights do I have and what can I do? Name not supplied

Answer: It’s highly likely the shelf was taken by the dealer when they were preparing another Scirocco for sale and noticed it didn’t have one either. It’ll be your word against the dealer’s, so assuming you hit a brick wall, check out eBay, where you can get one for around £70 in good condition. JE

Where have all the rally inspired road cars gone?

Log in or register to post comments
si73 13 April 2021
Motorsport inspired, I've always fancied a T5-R, in yellow obviously, but also a honda civic Jordan, closest we got to an EK9 type R in the UK, with a limited edition plaque yellow and black leather and Eddie Jordans signature and hornet motif, always seems pretty cool to me.