BACK TO ALL NEWS
Currently reading: Buy them before we do: second-hand picks for 3 March
UP NEXT
2023 Polestar 4 will be affordable, mid-sized SUV-coupe

Buy them before we do: second-hand picks for 3 March

If you want a simple estate, look elsewhere, but for those who value executive looks and people-carrier credentials, a Merc R320 should be considered
Share
Open gallery
Close
Share story

Stretched people-carrier meets executive saloon: that was the Mercedes-Benz R-Class of 2006-13. If you wanted a simple estate, there was the E-Class, but the R-Class put passengers first, with six huge seats as standard (seven from 2010), lots of kit and impressive refinement.

It may put passengers first but, like most MPVs, the R-Class has little room for luggage when all seats are occupied. On the upside, with all the rear seats folded down, there’s 2385 litres of load space to play with. 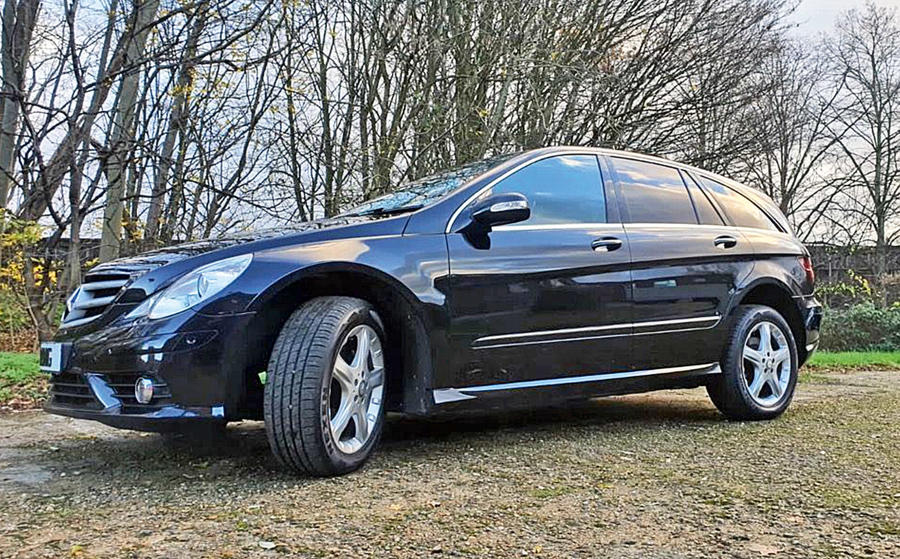 The big-selling R320 CDi isn’t without its faults, mind you. They include troublesome inlet port swirl flaps, leaks from the centrally located oil cooler (the gaskets can be baked by the engine) and carbon-clogged injectors. What’s more, all versions can suffer broken springs and corrosion around the wheel arches and on the rear subframes.

Our find is a 2008 R320 CDi with an unusually low 52,000 miles and just two previous owners. Its service history is described as full but, in our book, that should mean every major and minor carried out, plus extras such as brake and transmission fluid changes and regassing the air-con. As the R-Class is so heavy, we would also want to be sure the brakes have lots of life in them and things like the anti-roll-bar bushes aren’t knocking.

The seller says the MOT expires in October, but we would want a fresh one to ensure that the old diesel’s emissions are okay. 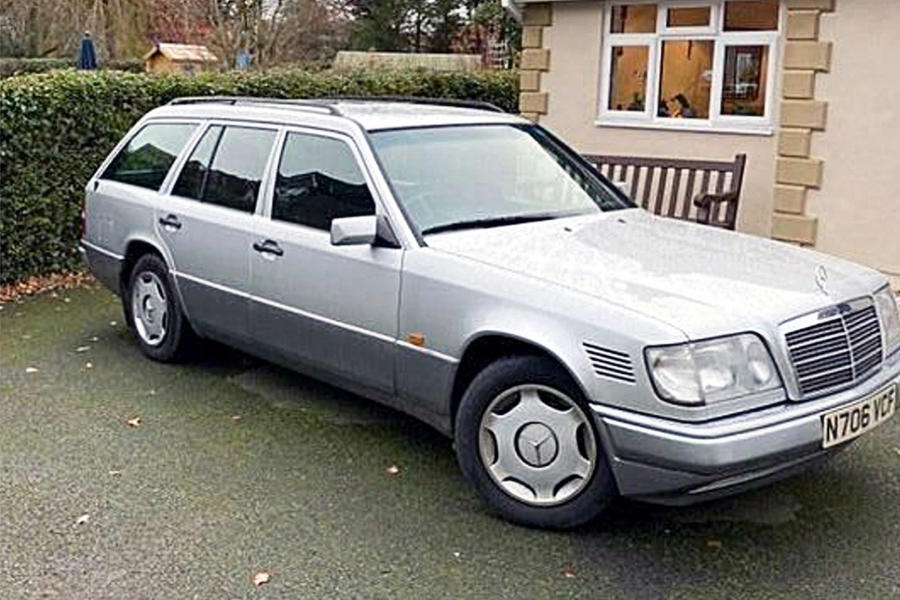 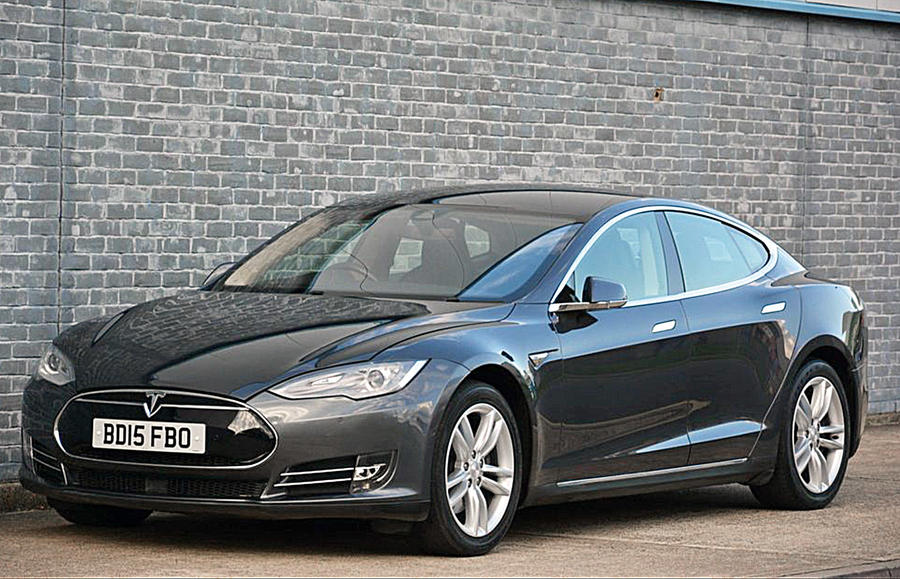 Tesla Model S E 85, £36,500: Rear-facing jump seats in a hatchback sounds a recipe for car-sickness and claustrophobia, but that’s what some Model Ss offer. They’re meant for kids more than 94cm tall and weighing 16kg-35kg and they don’t recline. Our spot is a 2015 car with 53,000 miles. 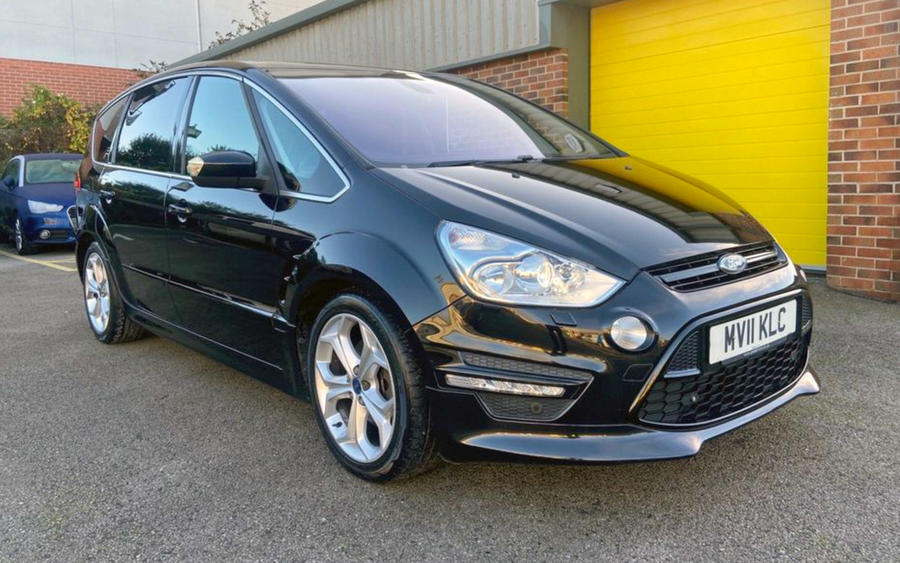 Ford S-Max 2.0 TDCi Titanium X Sport Auto, £9950: Few seven-seat MPVs look as good as an S-Max, especially one in black with privacy glass and a high spec. It’s good to drive and spacious, too. There are plenty for sale, but we liked this 2011 diesel with 41,000 miles. 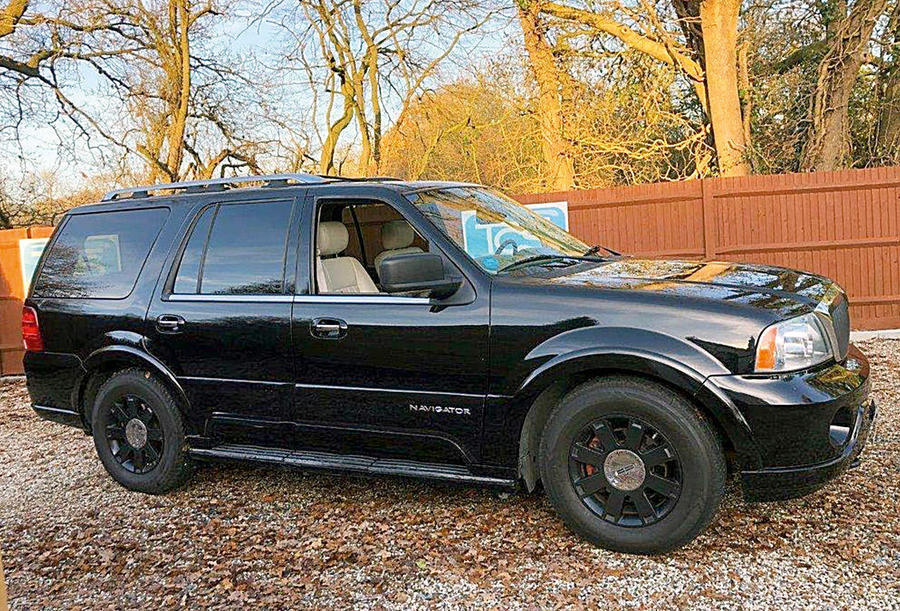 Lincoln Navigator 5.4i, £14,995: You would have to be mad, of course, but at least this seven-seat beast has had an LPG conversion (we would want to know by whom and have it inspected) to help soften the running costs. The 68,000-mile 4x4, registered in 2004, is packed with kit. 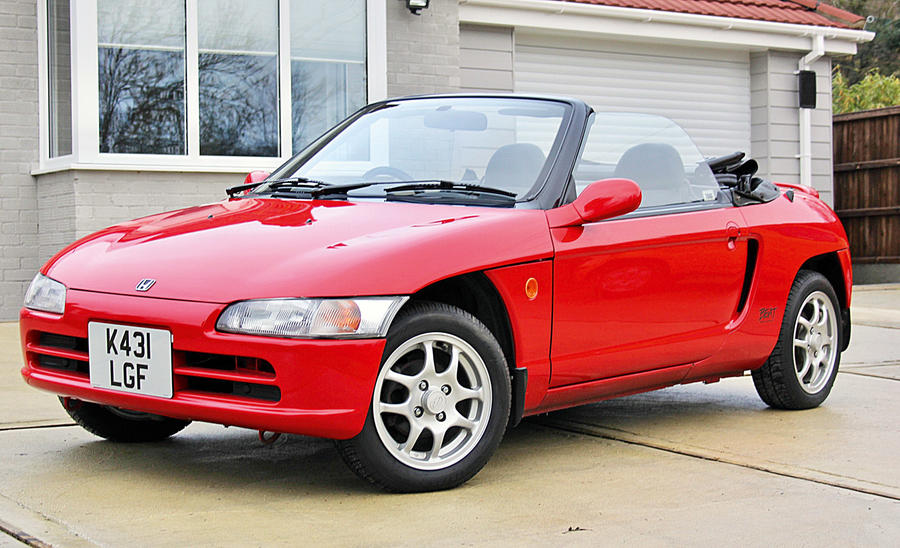 Honda Beat: As an alternative to the Smart Roadster, the tiny Honda Beat (a kei car, so designed to satisfy Japan’s size and power limitations on vehicles intended for urban use) is worth considering. It’s a technical marvel featuring a mid-mounted naturally aspirated 656cc engine with individual throttle bodies for each of its three cylinders. The result is 63bhp at 8100rpm. The little Beat has rear-wheel drive and a manual gearbox, too. Most of those you see on UK roads were grey (personal) imports, but our featured car, registered in 1992 and with 60,000 miles on the clock, was an official Honda import that’s mercifully free of corrosion. It sold for £4850. 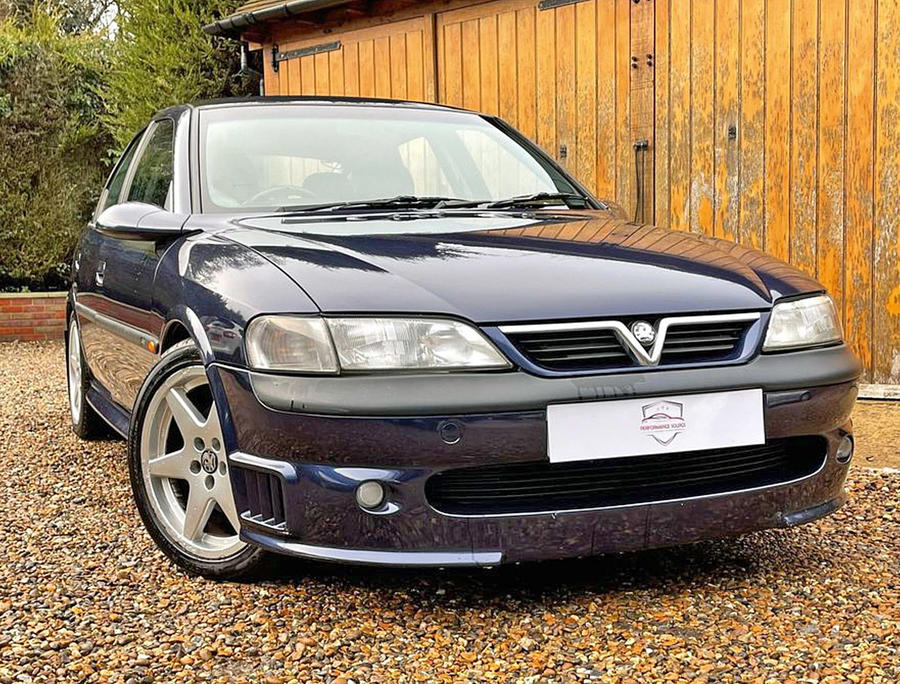 Vauxhall Vectra GSi, £4495: It might not have cut it in the company car park in its youth, but today a Vauxhall Vectra GSi will look cool enough on your driveway with its bodykit, lowered suspension and twin tailpipes. Its 2.5-litre V6, developed by Milton Keynes-based Motorsport Developments, produces 192bhp. Inside, the GSi has Recaro seats and a leather-trimmed steering wheel. With relatively few GSis produced (just 3900 hatchbacks, saloons and estates for Europe), pundits have been predicting that this model will one day attain classic status. Judging by the price of this one-owner 1998 example with 93,000 miles, we reckon it won’t be long. 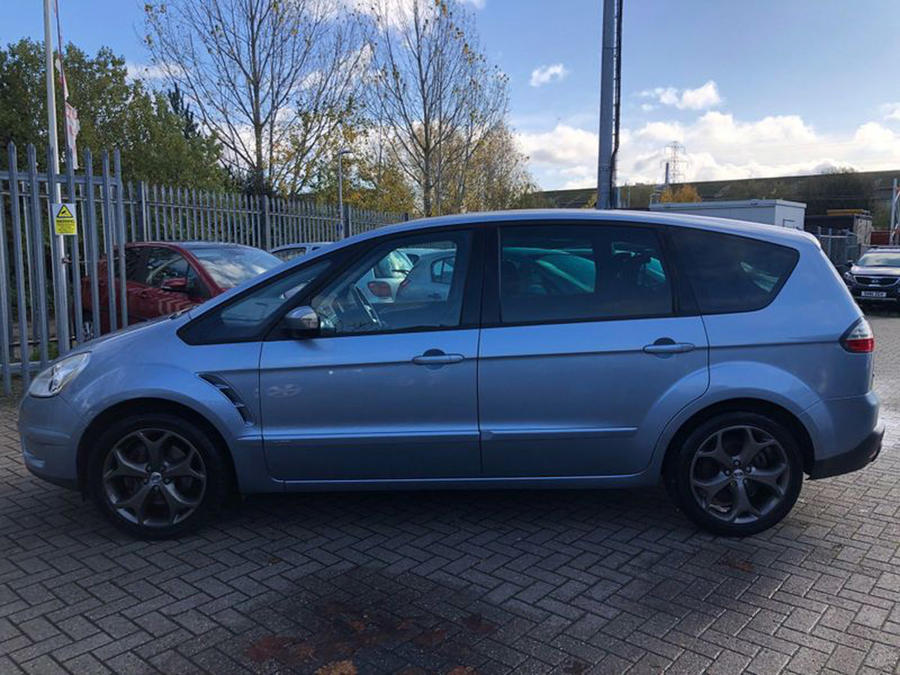 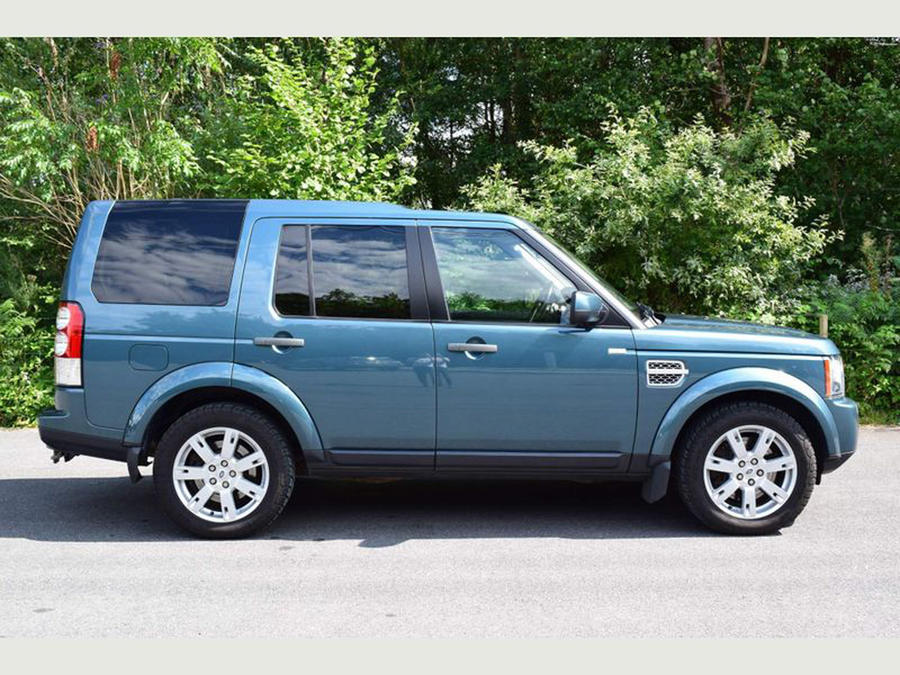 Felix Page: You’re asking for an ‘8/10 car’ that’s brilliant across the board but excels in no particular area. I’ve surpassed expectations with this 9.5/10 Discovery: 442lb ft of torque, 30mpg-plus and a pillowy ride that belies its unflappable ladder-frame construction. It loses half a mark for having cloth seats, but at least all seven of them are actually usable.

Max Adams: Mine has seven seats too, and I would like to think that it ticks more of the boxes appropriate to both Autocar readers and to dear James himself. Let’s not forget that, on road manners, your Discovery 4 will be no match for my nimble Ford and its lusty Volvo-derived 2.5-litre five-pot engine.

FP: I’ve always loved the S-Max’s aeroplane-aping handbrake, but it fails to enliven what is otherwise a fairly drab interior. Cabin design peaked with Landies of this era, and even in base trim, mine puts on a good show.

MA: I’ve no idea what you mean. Besides, what’s the point of a chic interior if it’s going to be covered in child seats and smeared chocolate anyway?

FP: Everybody knows chocolate and cars don’t mix, so James will just have to be stricter with his passengers. Besides, I would be a bit more worried about mud, given the Disco’s capacity for off-road shenanigans – perfect for winter football practice.

MA: I hate football, so I would rather enjoy driving my S-Max than enduring your rolly-polly, car-sick-inducing Discovery. James, what do you say?

Verdict: I rarely stray from the Tarmac, so it’s the feisty Ford for me.