BACK TO ALL NEWS
Currently reading: Used car buying guide: Rolls-Royce Phantom
UP NEXT
How a sat-nav can make you faster around a track

A car like the Rolls-Royce Phantom VII rarely feels second-hand and you don’t need the courage of a superhero to take the plunge. We tell you what to look for
Share
Open gallery
Close
Share story

The arrival, next year, of the Rolls-Royce Phantom VIII means that soon, the only Phantom VII you’ll be able to purchase will be a ‘pre-owned’ one. They could be a relative bargain, given the new VIII’s expected £400,000 price ticket.

Prices at all years vary hugely according to specification but, generally speaking, 2015/16-reg Phantom VII Series 2s hover around £220,000. Thereafter, prices decline to around £170,000 for the first S2 cars of 2012 with about 20,000 miles on the clock. Changes over the Series 1 include a restyled front end with active LED headlights, an eight-speed automatic gearbox and an improved infotainment system. 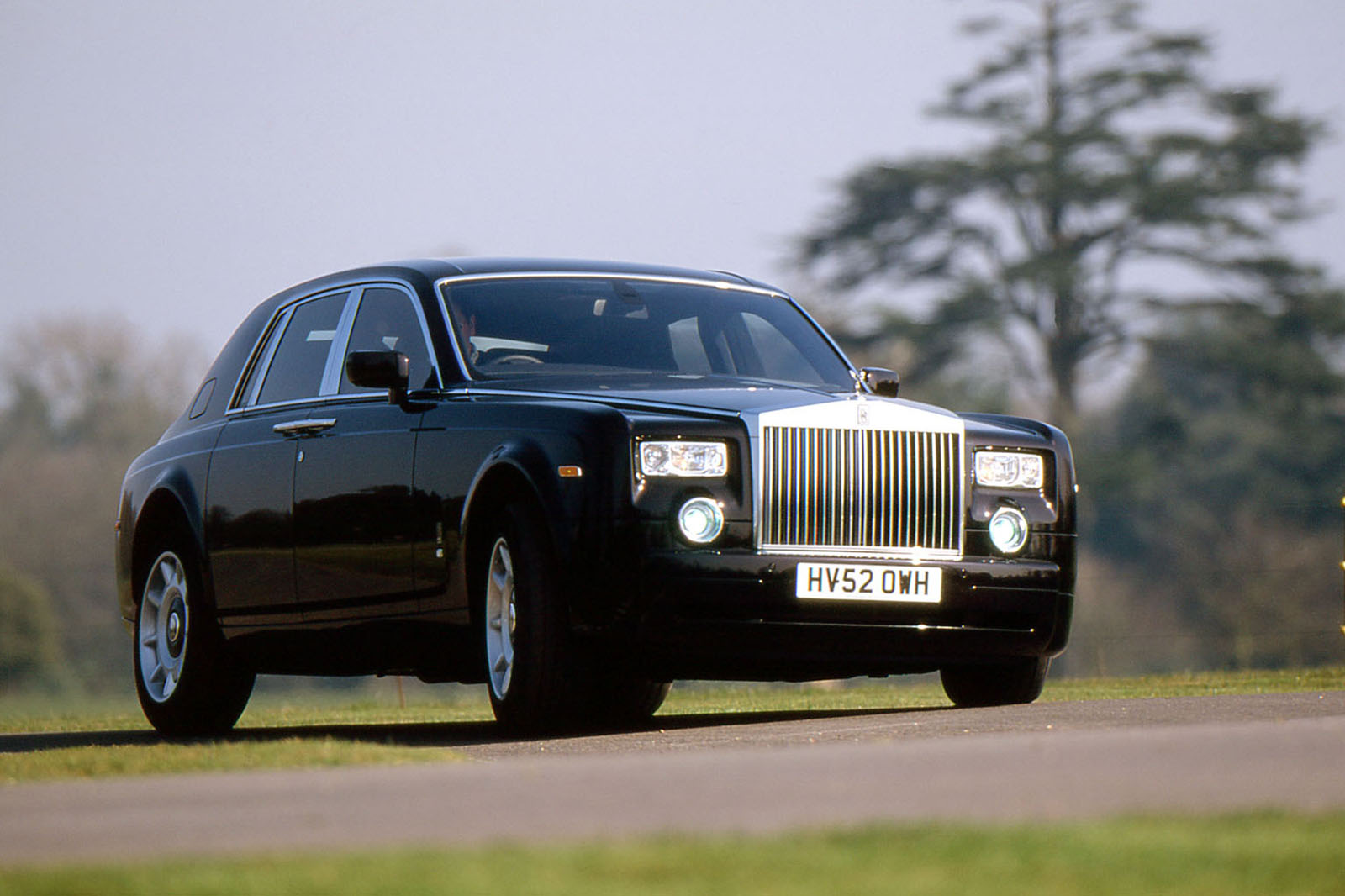 Ooh, that Mercedes... perhaps we had better move on.

The Phantom VII S1 has a six-speed automatic gearbox and air suspension. It has an aluminium body, too, but it still weighs 2500kg. Don’t look for a rev counter: it doesn’t have one. Instead, a dial shows the driver how much power is in reserve. Don’t try to open the back doors in the usual way, either: they’re hinged at the rear rather than the front. If you can’t see the Spirit of Ecstasy mascot, it’s because it automatically retracts into the grille to avoid it being stolen or causing injury in an accident. 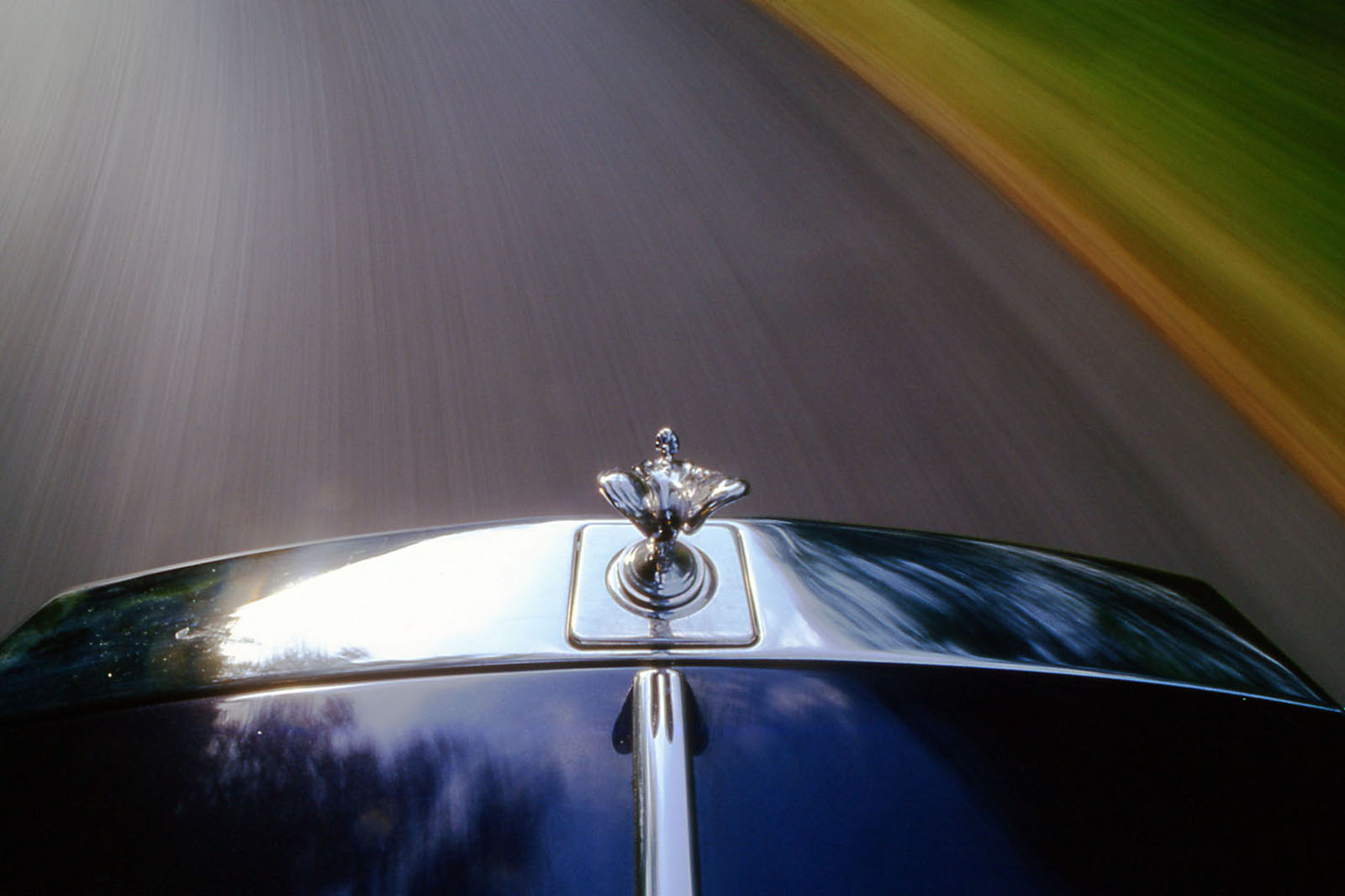 Those who earn their living selling them say that buying, owning and running a Phantom isn’t as terrifying as it might seem. They would say that, but the fact is that most Phantoms have led spoilt and unstressed lives. If it has full Rolls-Royce service history, you can be sure it has wanted for nothing. Being largely based on the BMW 7 Series means Phantom reliability is virtually assured.

That said, take nothing for granted in your inspection. As you’ll read in ‘Buyer beware’ (right), some potential pitfalls could cost you dearly. Fortunately, there’s a solid network of independent specialists and quality aftermarket parts to help you pick up the pieces for a reasonable cost.

Find a nice S1 with a good provenance for under £100,000, and although it’ll continue to depreciate, it should one day find its level somewhere north of most ageing V12 limos, buoyed by rising values for old Rollers and the brand’s magic. 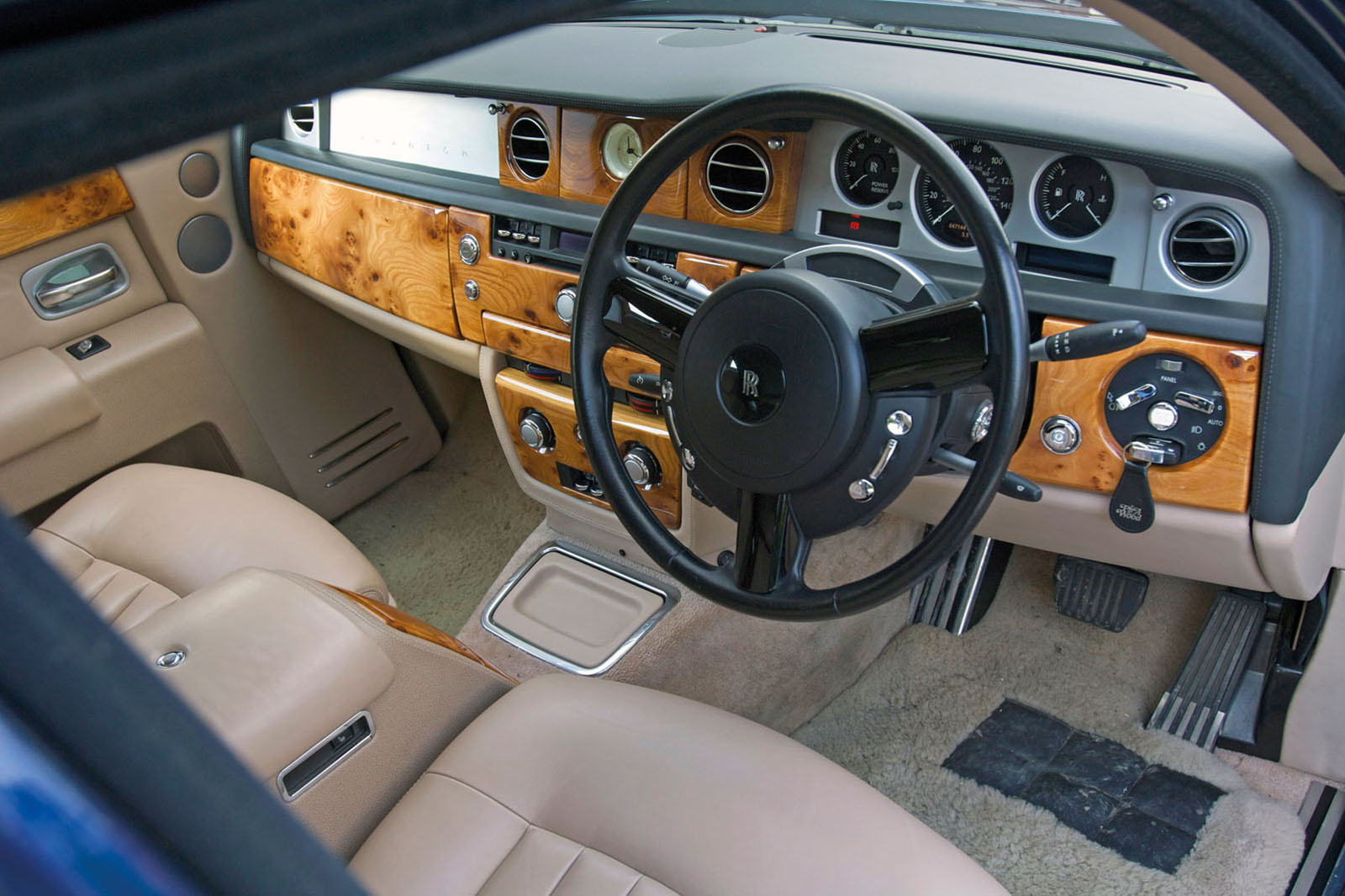 Duane Starman, Starman's Rolls-Royce and Bentley specialist - “I’ve worked on Rolls-Royce cars for over 30 years, ever since I was apprenticed to a Nottingham main dealer. They’re fantastic pieces of engineering and the Phantom VII is no exception. People think it’s expensive to run and, yes, one will cost more to maintain than a Vauxhall Corsa, but you can save money using specialists (like me) and shopping for quality aftermarket parts. The car shares lots of parts with the BMW 7 Series and any decent specialist will be able to marry up the Rolls part with the BMW and save you money.”

Engine - Check for radiator leaks on pre-2008 cars that have done around 50k miles.

Inspect the seals on the ends of the coolant pipe that lies in the ‘V’ of the cylinders and runs from the water pump to the block. Check for oil leaks from the rocker cover gaskets. Listen for poor running on early cars, which could be caused by failing injectors.

Batteries - It has two batteries. Regular short journeys (not uncommon) can exhaust them, so give them a health check. 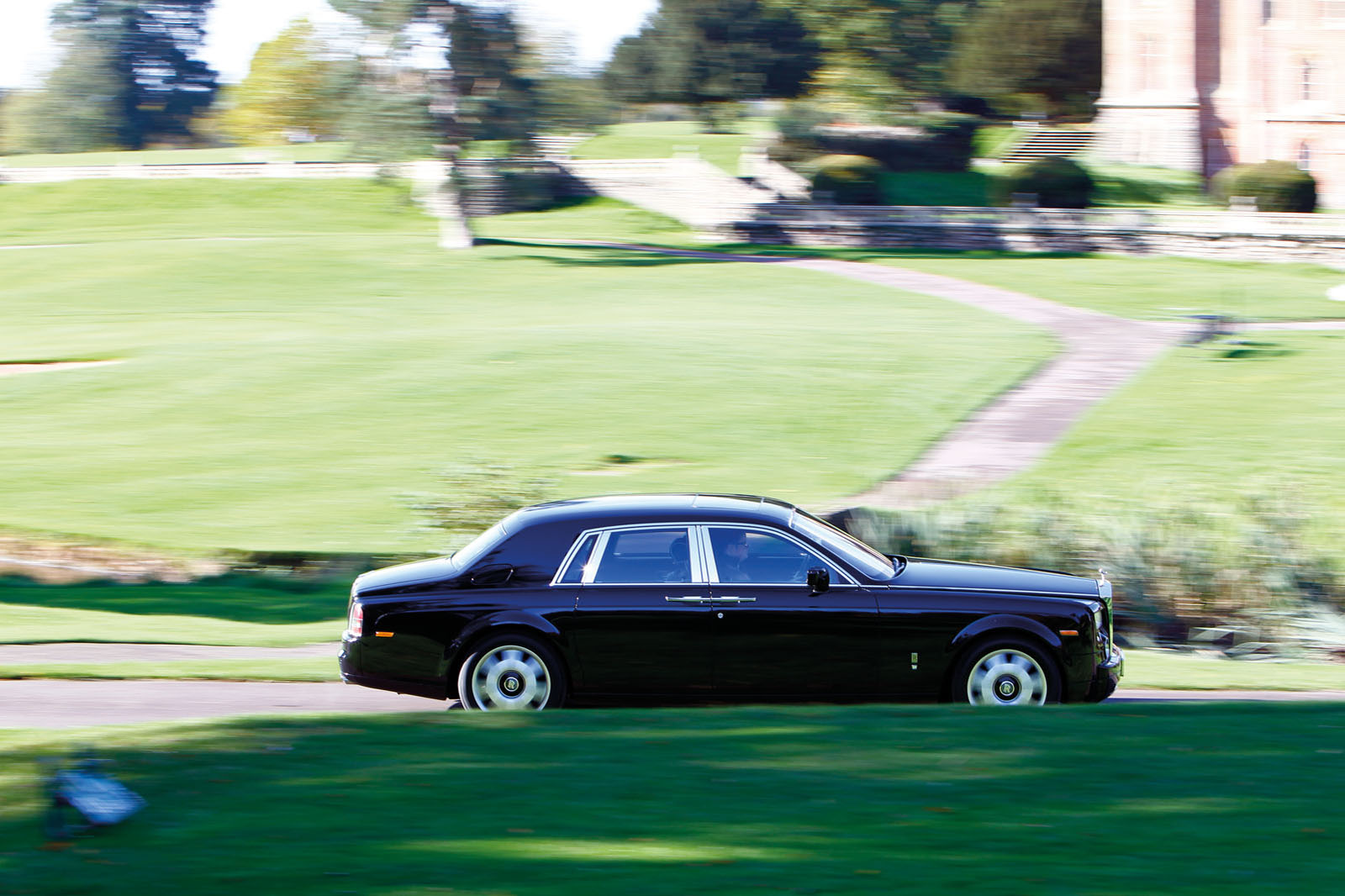 Brakes and suspension - It’s a heavy car and ball joint bushes can wear prematurely. Air suspension bellows can develop leaks, which puts a strain on the pumps, causing them to fail in time. Check the ride height is correct. Fortunately, it’s possible to have them overhauled by a company such as Arnott Air Suspension Products. Brakes take a pounding so check pads and discs. A recall was launched in October 2010 for cars built between January 2003 and November 2009 about a possible reduction in brake servo assistance.

Body - Corrosion is unknown but some exterior alloy parts can go off-colour. There have been occasional issues with door locks trying and failing to lock. A warning should flash on the dashboard.

Interior - The plastic trims on the seat base can be dislodged and broken by rear passengers as they exit but replacements are available.

If seals fail on the coolant pipe running from the water pump to the block, you can fix it the official way at a cost of up to £9000. However, flyingspares.com stocks a collapsible coolant pipe that can be fitted in a day. Parts and labour: around £2000. 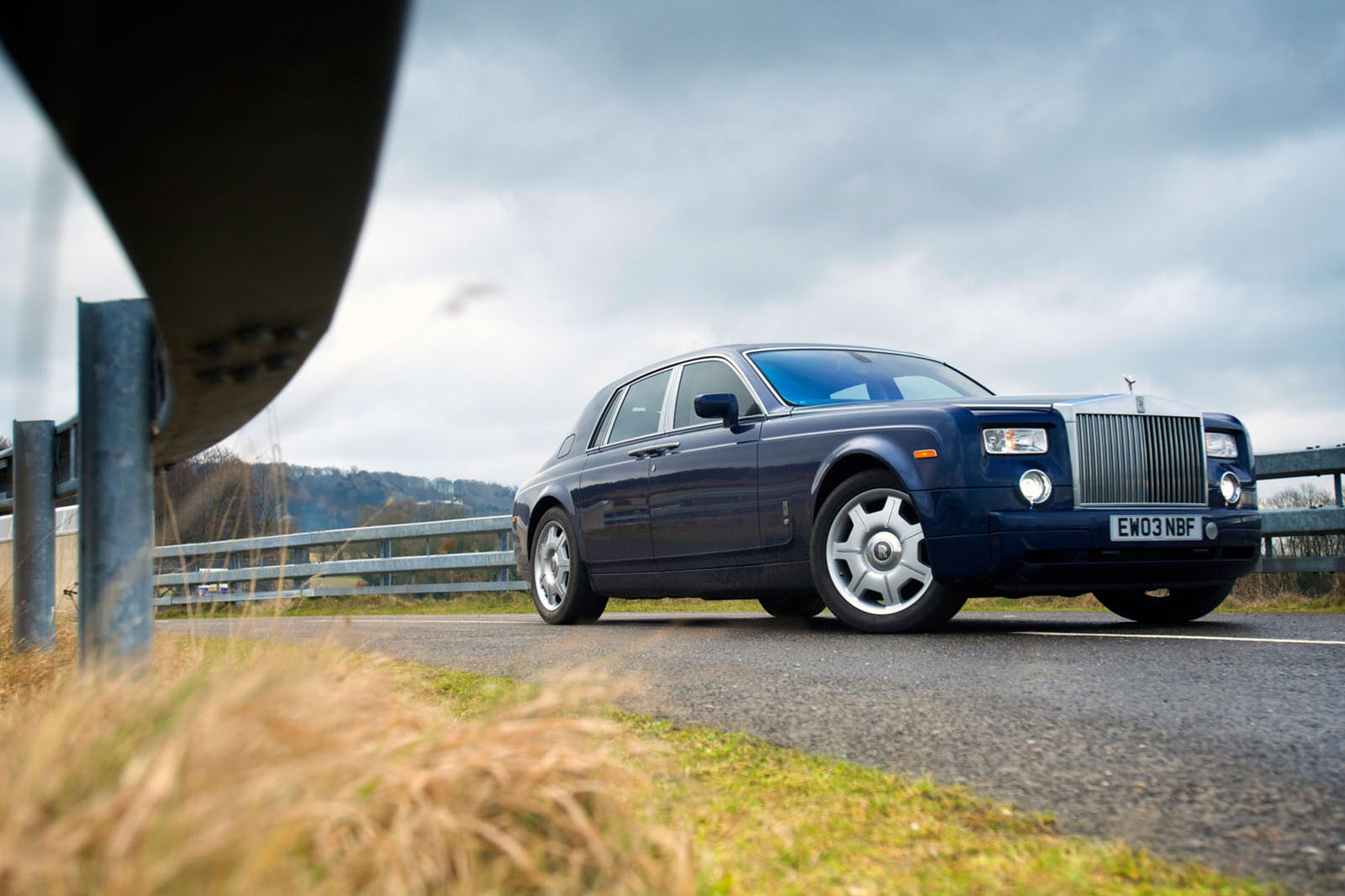 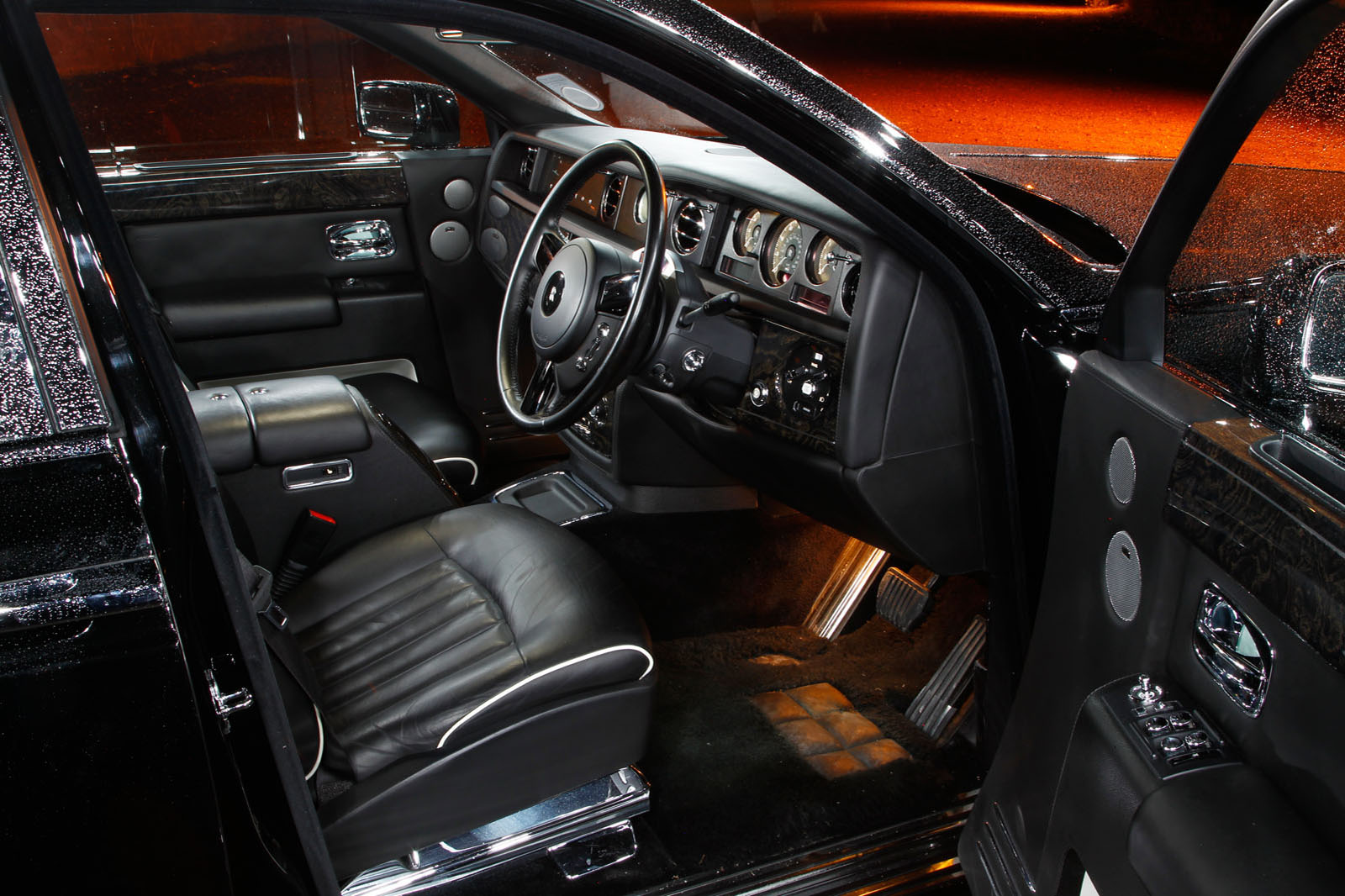 If you’re going to buy one for the long- term, buy the best you can afford, like this: one owner, full RR service history, from the main dealer that originally sold it. Downside? Barbara Cartland would have loved the interior...

Is it not the Ghost that was

Is it not the Ghost that was 7 series based?

The one thing about owning a Roller is that you can take a summer weekend job as a wedding chauffeur.

It is not "largely based on

It is not "largely based on the BMW 7 series" it uses a totally bespoke platform. I stopped reading after this.

Wt.f...Clearly Autocar is board again. Why else would you write such a article about such a pointless car that most of as will never afford. Cloud you please come back to Earth and write some decent reviews on a cars we can afford please.

Wt.f...Clearly Autocar is board again. Why else would you write such a article about such a pointless car that most of as will never afford. Cloud you please come back to Earth and write some decent reviews on a cars we can afford please.

Concurrent with this article is one about the RR (in this case Range Rover) Autobiography, the latter bought new will cost twice as much as the earliest used Phantom.

While the Autobiography merely adds on lunxury to the standard Range Rover (plus a vulgar interior), the Phantom has inbuilt luxury. The Phantom is also one of the most coherently designed cars ever.