When BMW was in charge of Rover, there was a big sign at the end of the Rover 75 production line that read: “You are building the best front-wheel-drive car in the world.”

It was the type of backhanded compliment that meant “we still make the best rear-wheel-drive cars in the world” but it was, at least, kinda true, if you wanted a complete all-round car.

But when I’m talking about the best front-wheel-drive cars, I’m not looking for the best junior Bentley: I’m talking about the best front-drive driver’s car of all time. This, here, is the definitive list of those. Well, almost. There are one or two models that (a) I haven’t driven or (b) have been nabbed by my colleagues. But it’s as close as you’ll see, regardless of whether they’re any good or not  as used cars: consider this a celebration of all things great, rather than a conventional used buyer’s guide.

That said, the used market is quite savvy and the classic car market savvier still. It rewards not necessarily the reliable, practical cars but, in terms of value and esteem, what the market reflects now is whether these cars were any good in period. 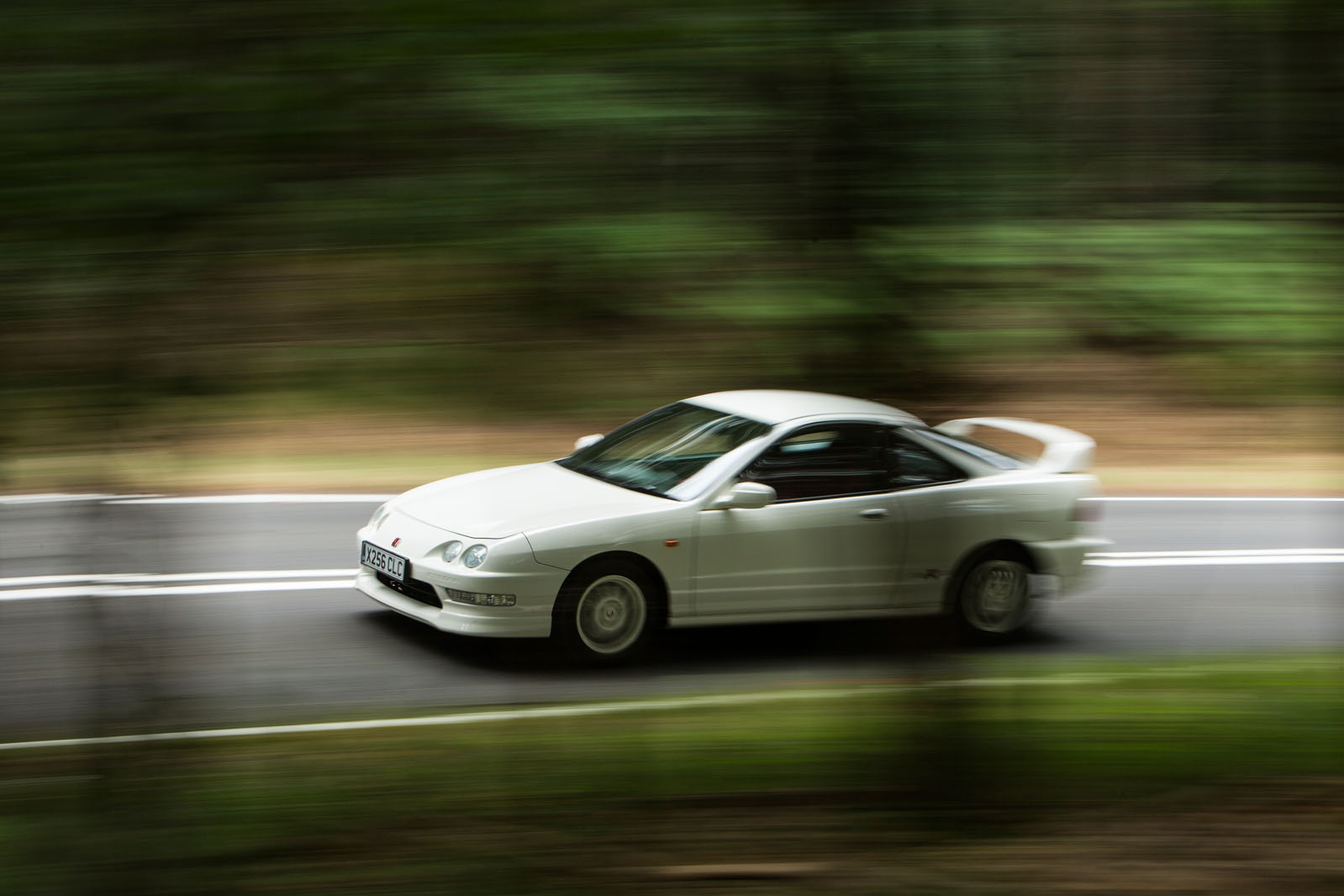 The Honda Integra Type R is, without question, my shout for the best front-drive car of all time. I think it’s better than a Peugeot 205 GTi, better than a Mk1 Volkswagen Golf GTI, better than the latest, greatest, 300bhp hot hatchbacks. Better than, actually, 90% of rear-drive cars.

It’s a thing of such perfection and of modest output, and of such purity, that I doubt we’ll see its like again. A bold thing to say? Perhaps. I wouldn’t say a Bugatti Chiron will never be outdone for pace. I wouldn’t say nobody will build a car lighter and purer than a Caterham 7. 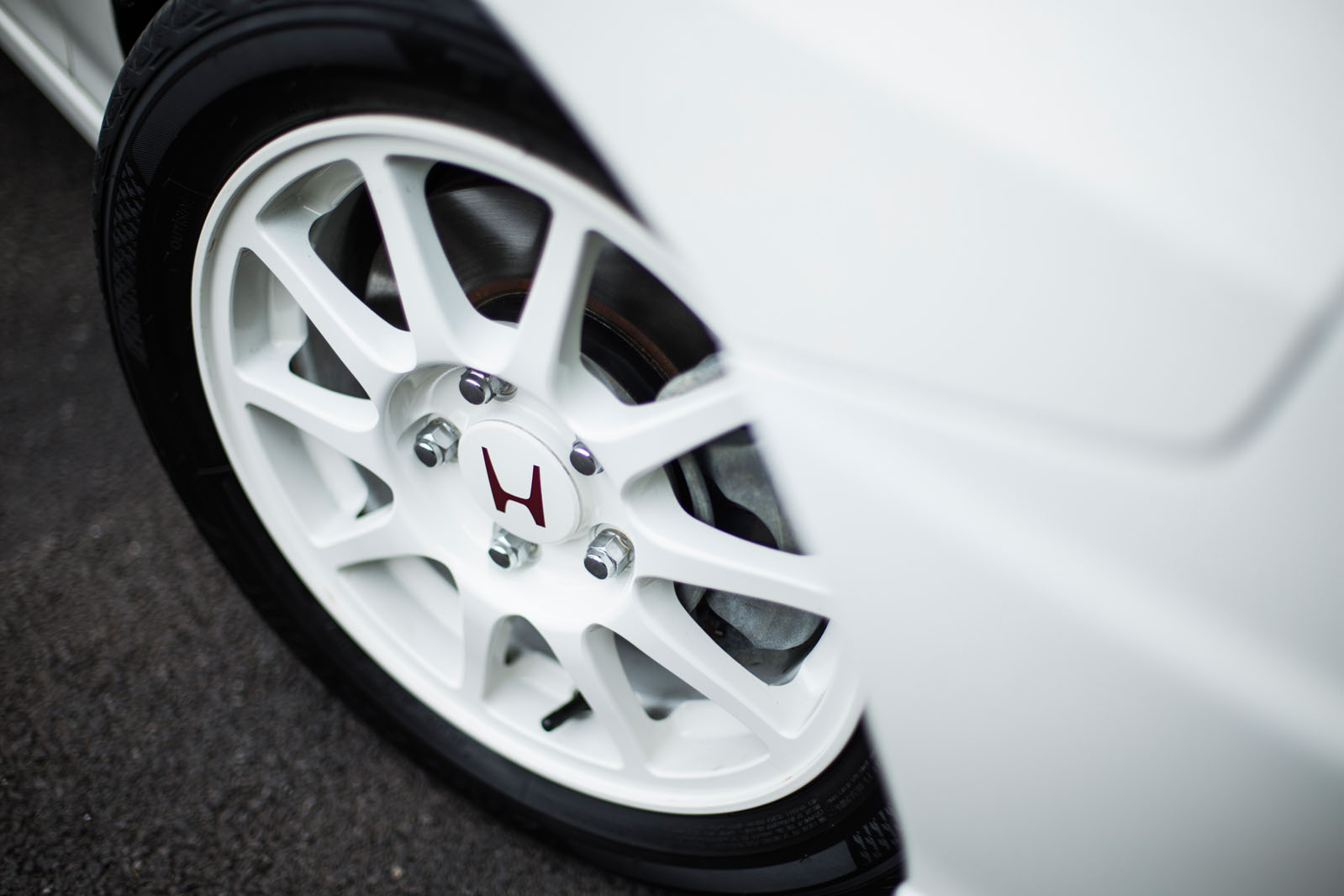 I say that with some conviction because not that many people bought one at the time. Which is why a good one now costs as much as £13,000.

According to the man from Honda, who sourced this car, there are two types of Integra Type R. There are the really, really good ones, which are massively expensive; and there are the shonky old cheap ones. This one is the rarest of all, then, being somewhere between those two poles. It has been modestly revived, on a bit of a budget, but well enough to retain the vast majority of what made it so special in the first place.

Classic cars have a problem being all they were when they were new because, as time goes on, bodies become a little less rigid, suspension components develop some slack and, unless you maintain absolute tightness in all bushes and so on, and fresh dampers, there comes a point where older cars start to feel similar; in that they all feel a bit baggy, a bit loose around the edges. 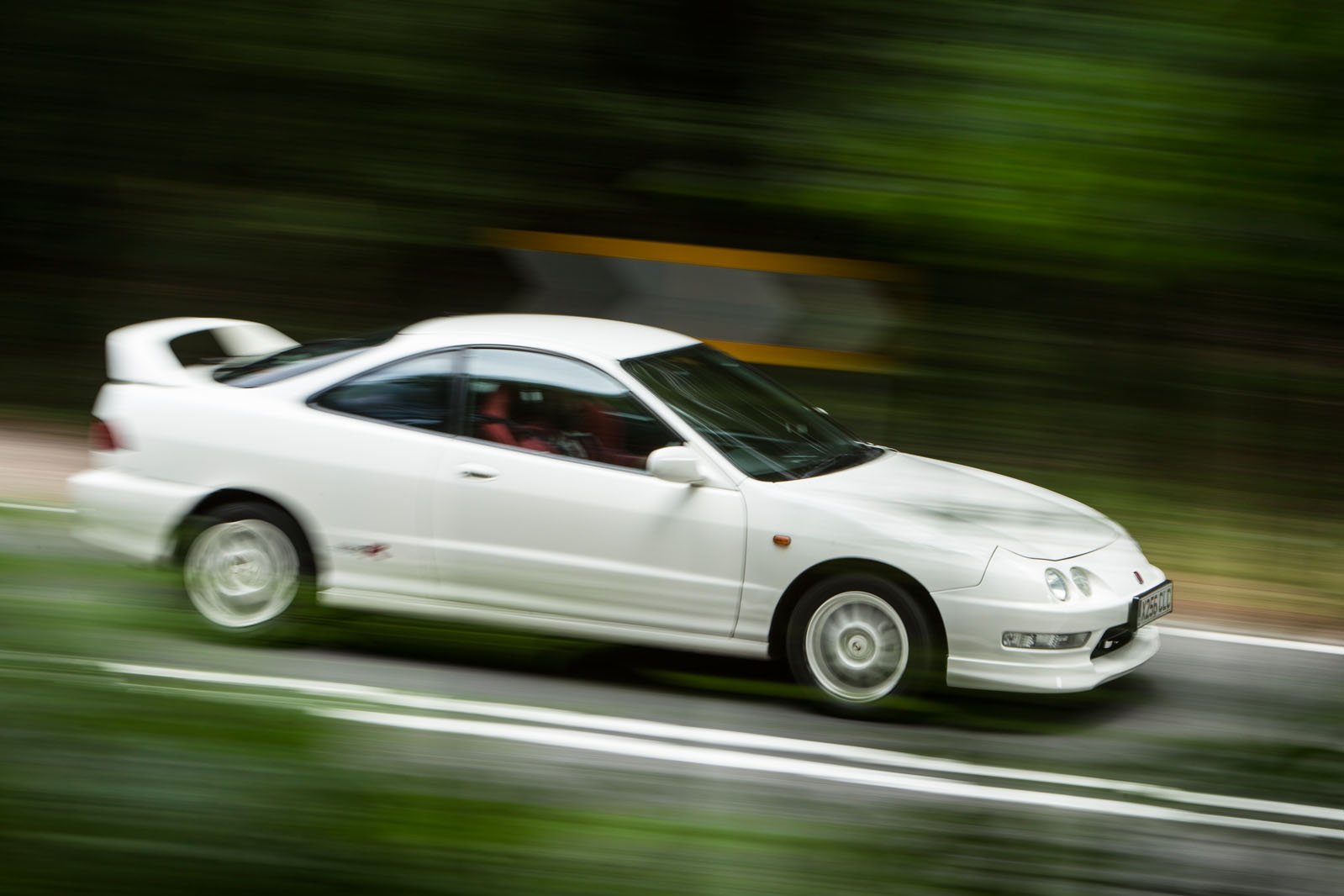 With not many more than 50,000 miles on it, though, this one is still tight. Ideally, an Integra should be on Bridgestone Potenza tyres, but this one has had less grippy tyres fitted because Honda doesn’t want to put too much load into the suspension and wear it out more quickly. Think of it as putting those covers on the edge of the sofa, which protect sofa arms you’ll never actually see.

So this could feel like a car that’s on its way out of its perfect state. But it isn’t. It’s still an Integra that feels every inch like the best front-driver in the world. It’s utterly magic.

When it was new, I tested one on B-roads in the south-east, so that’s where I go. And it takes fewer than three tight corners for it to remind me of what it has to give: nice willingness to turn, and one of the best power- assisted steering systems to grace a front-wheel-drive car. Perhaps this one feels a bit more nose-centric and less adjustable than I remember – although I am trying to recall testing a car I last drove a decade ago–but it is still very agile by today’s standards. 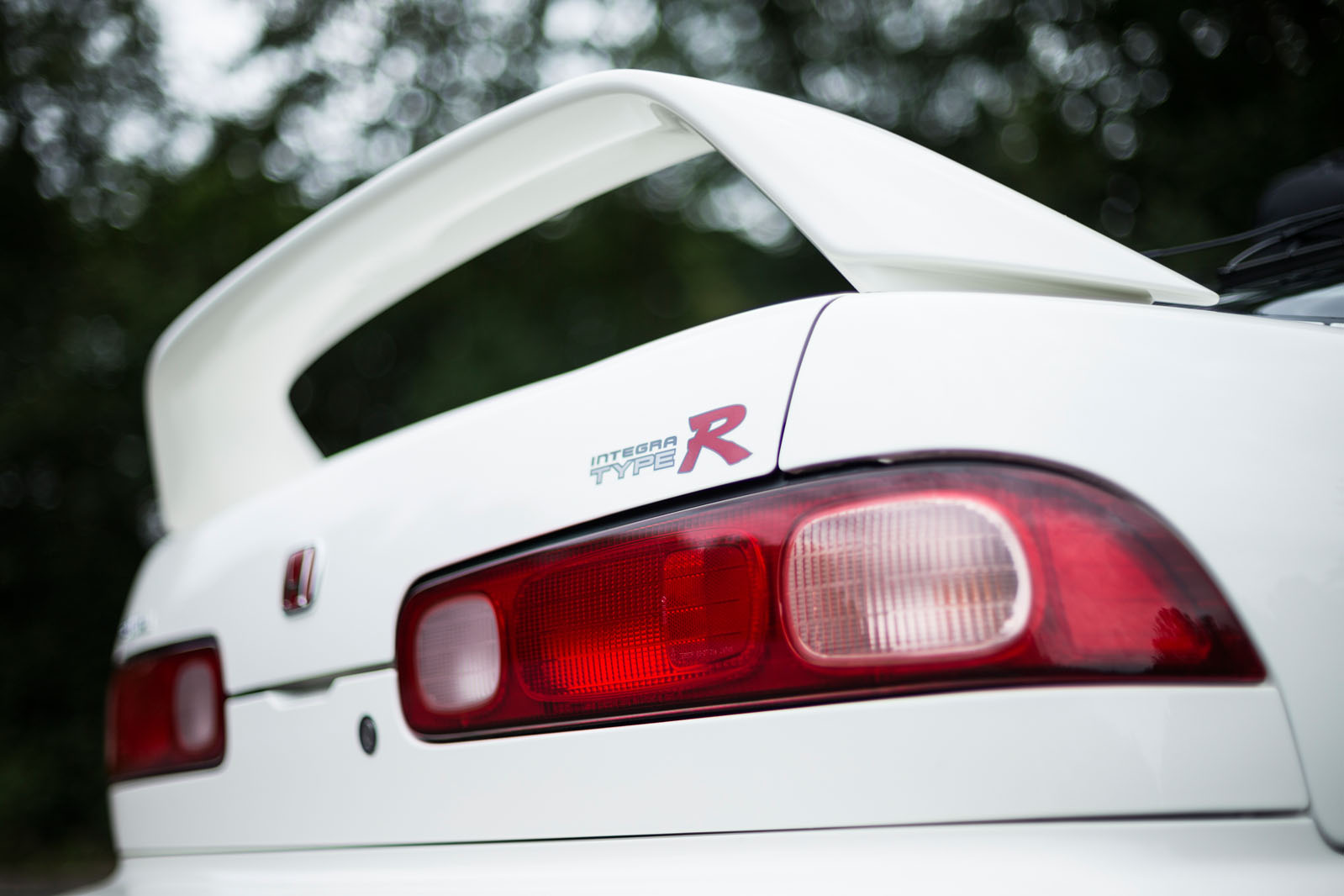 Then, of course, there’s the engine, which back then was pretty much the highlight of any Type R. It revs to 8700rpm – strongly, still, today – with a notable kick above 5000rpm. There’s very little flywheel inertia, the five-speed ’box remains as snicky as it always was, and because the ratios are so close (overall gearing is low), you barely need to prod the throttle on heel-and-toe downshifts to get the revs to match the next gear. It feels like a real precision instrument.

Only a few minutes at the wheel is enough to see why values of Integras are on the rise – although not enough to understand why so criminally few were bought new – and conclude that the best thing you can do is buy the best you can and try to keep the chassis on top form. The last thing an Integra will lose, I suspect, is that VTEC engine’s phenomenal kick, but wonderful though that is, it’s the steering and the handling that outclass it. Here’s a car that isn’t just the best front-driver in the world: it’s one of the greatest driver’s cars of all time. Which wheels are powered is almost incidental. 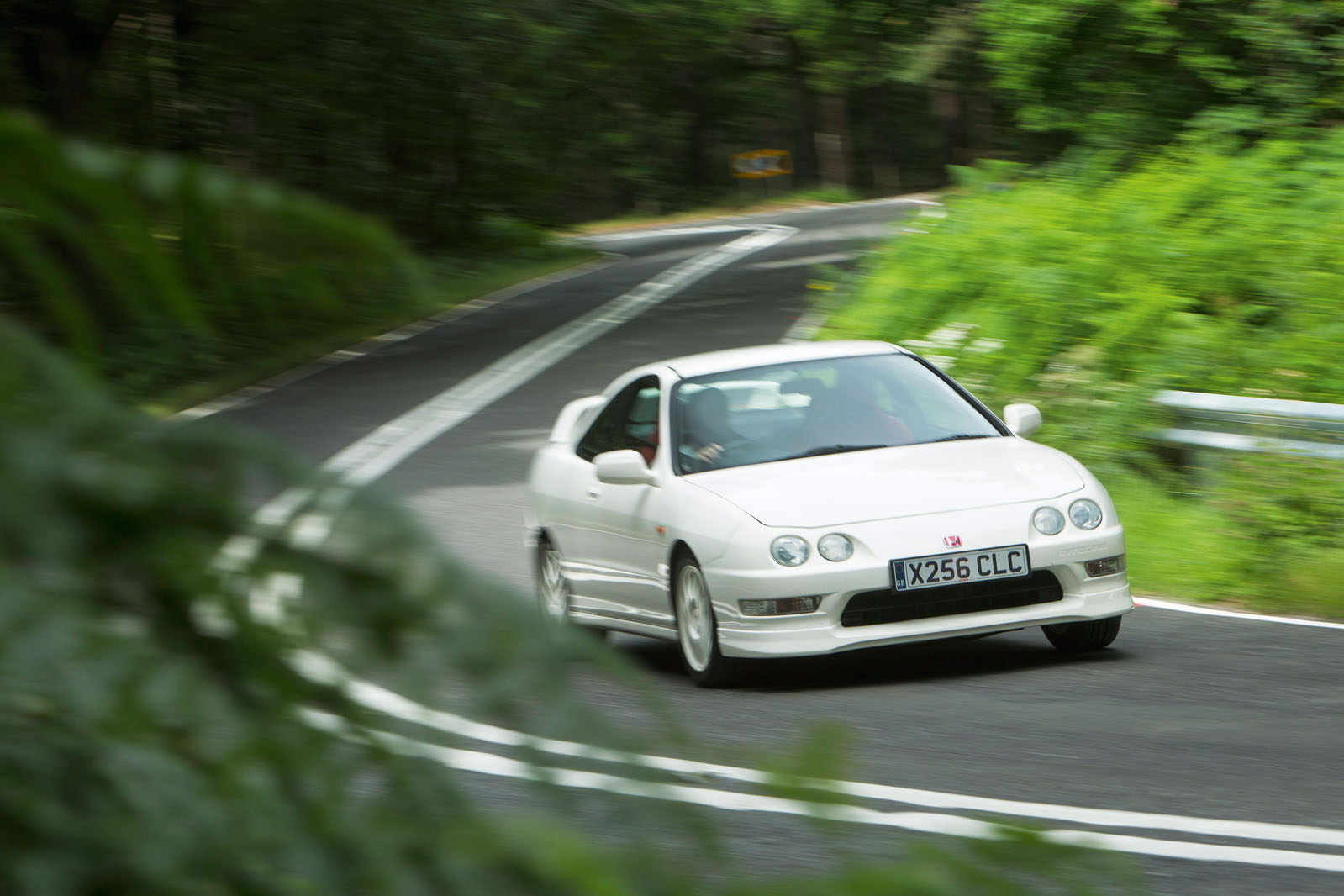 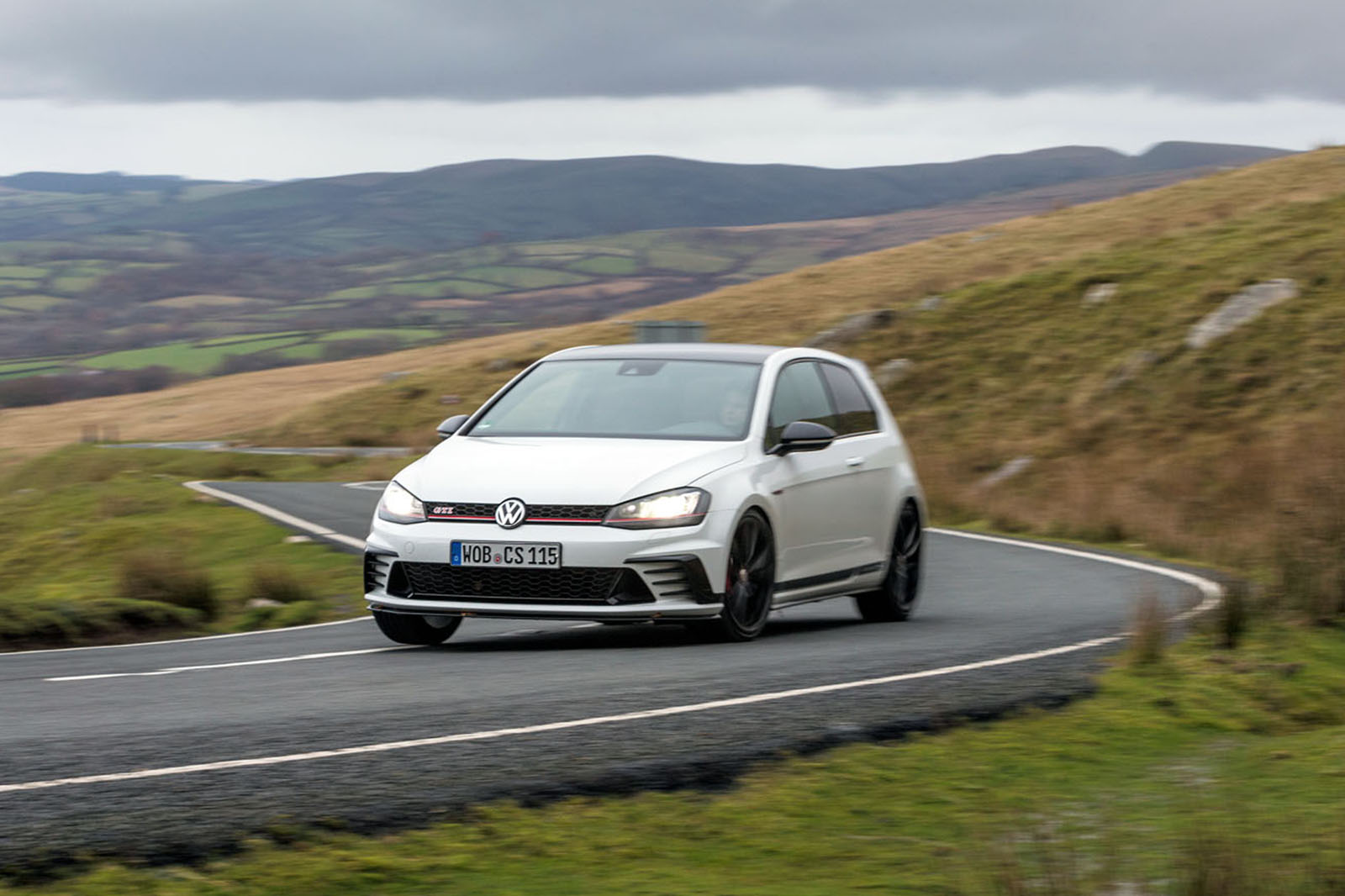 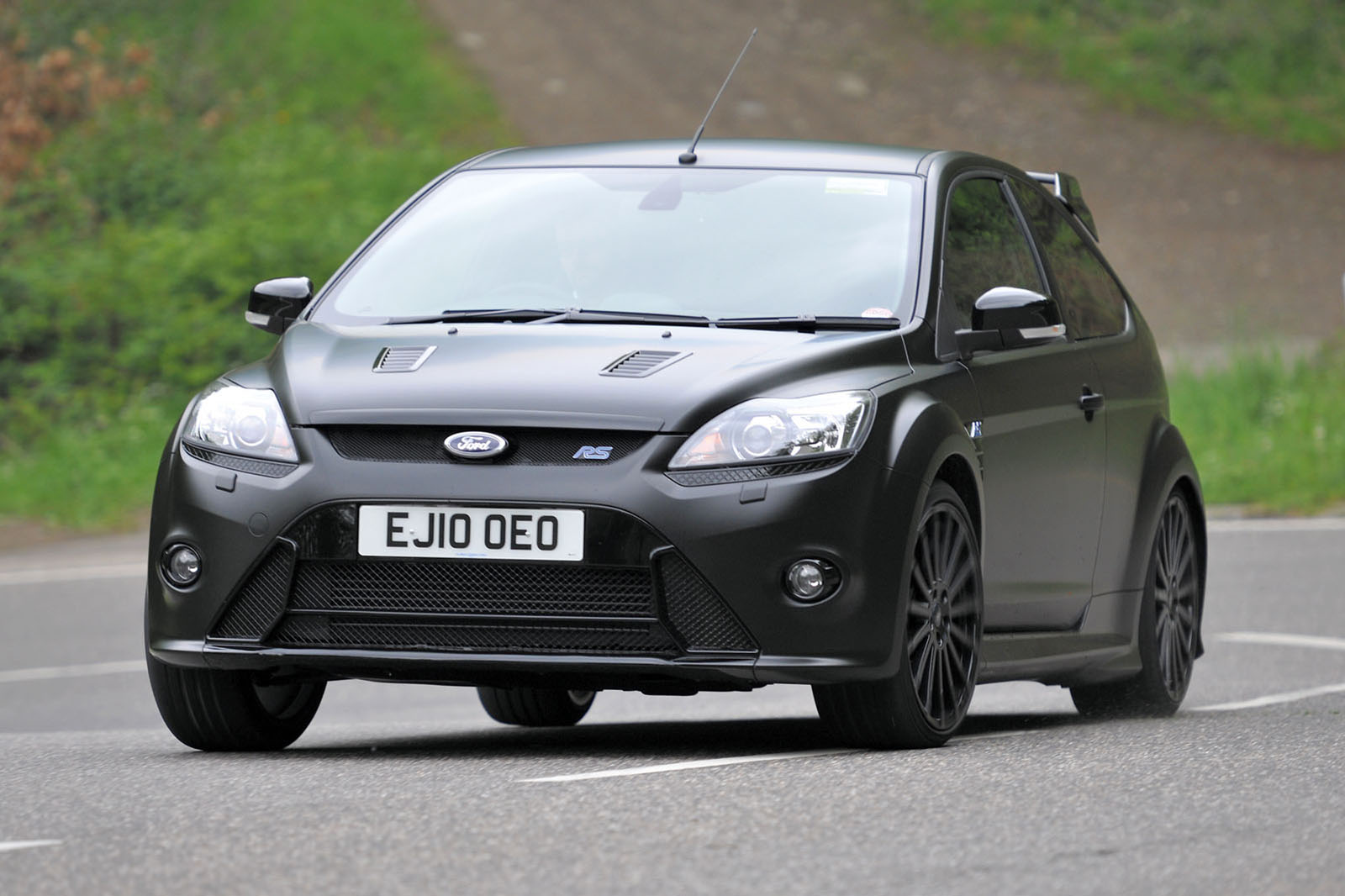 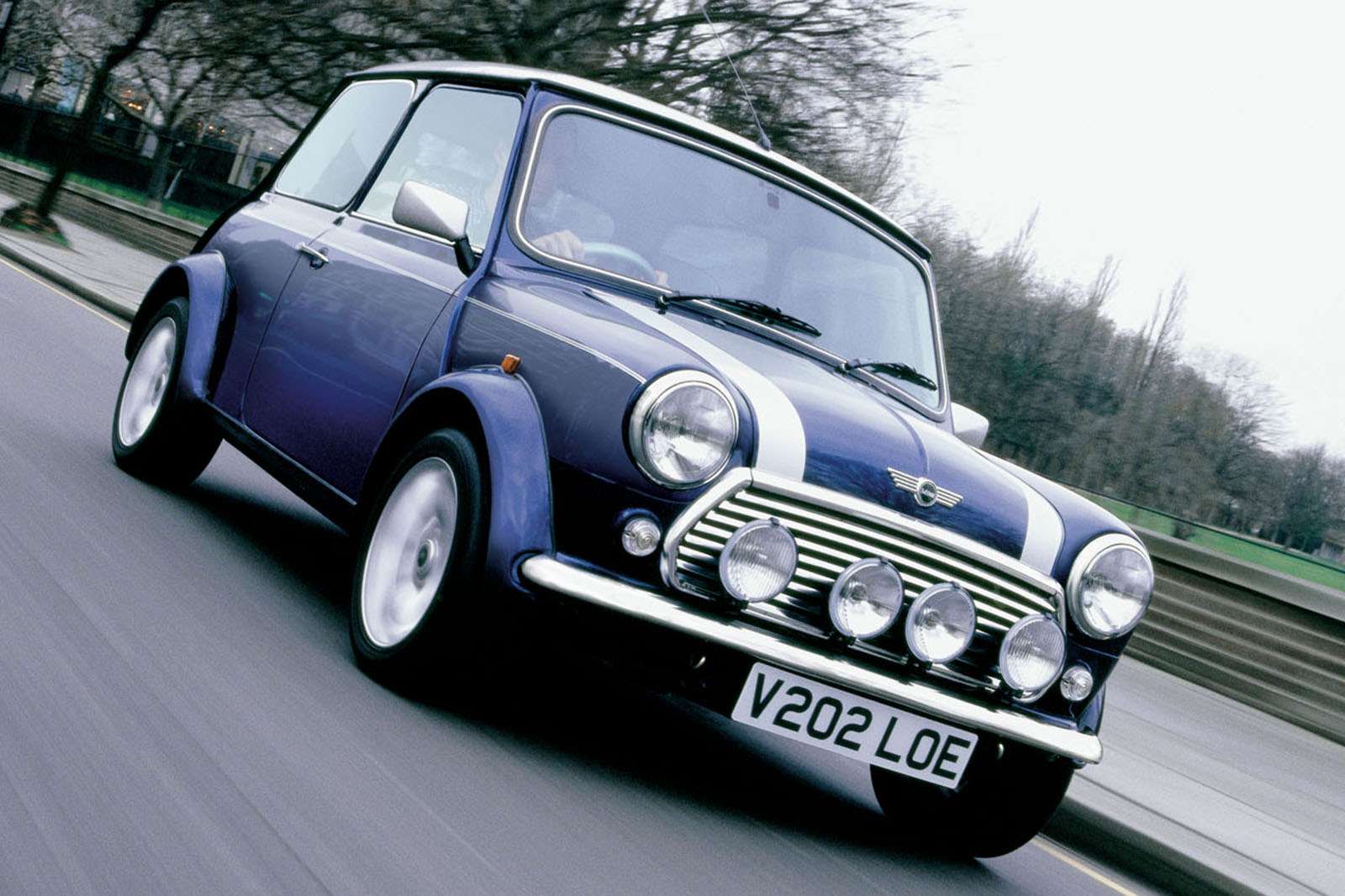 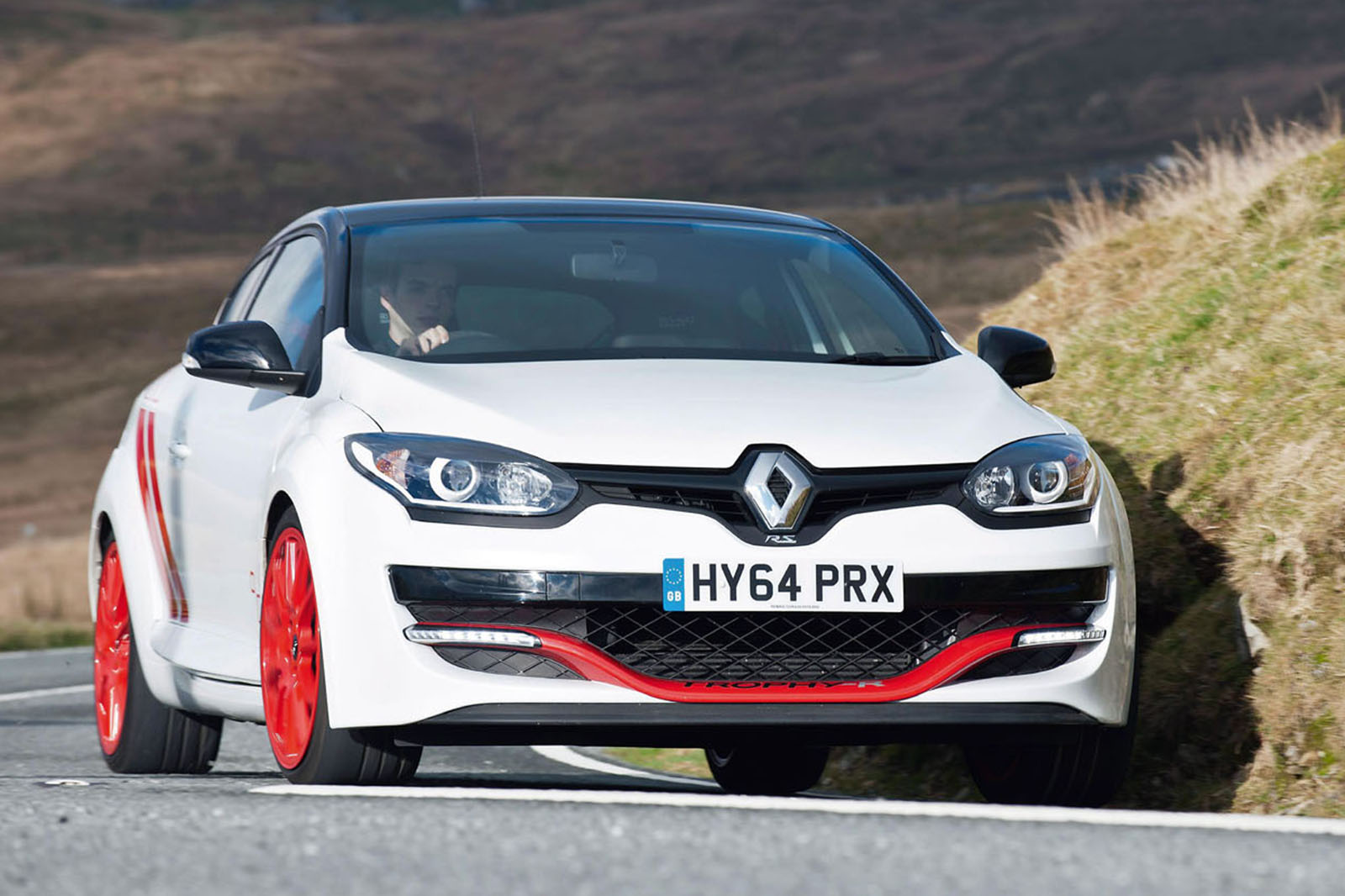 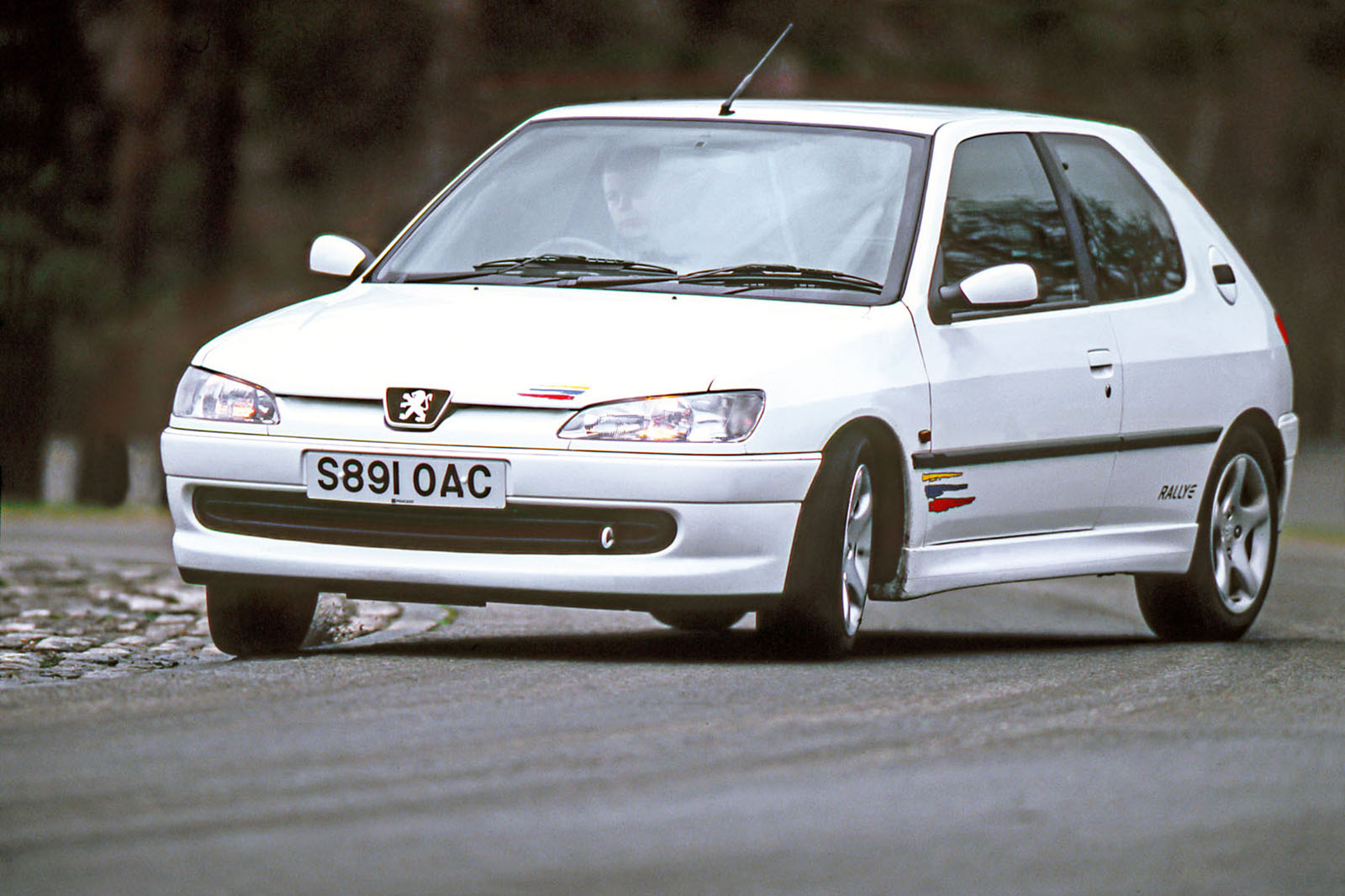 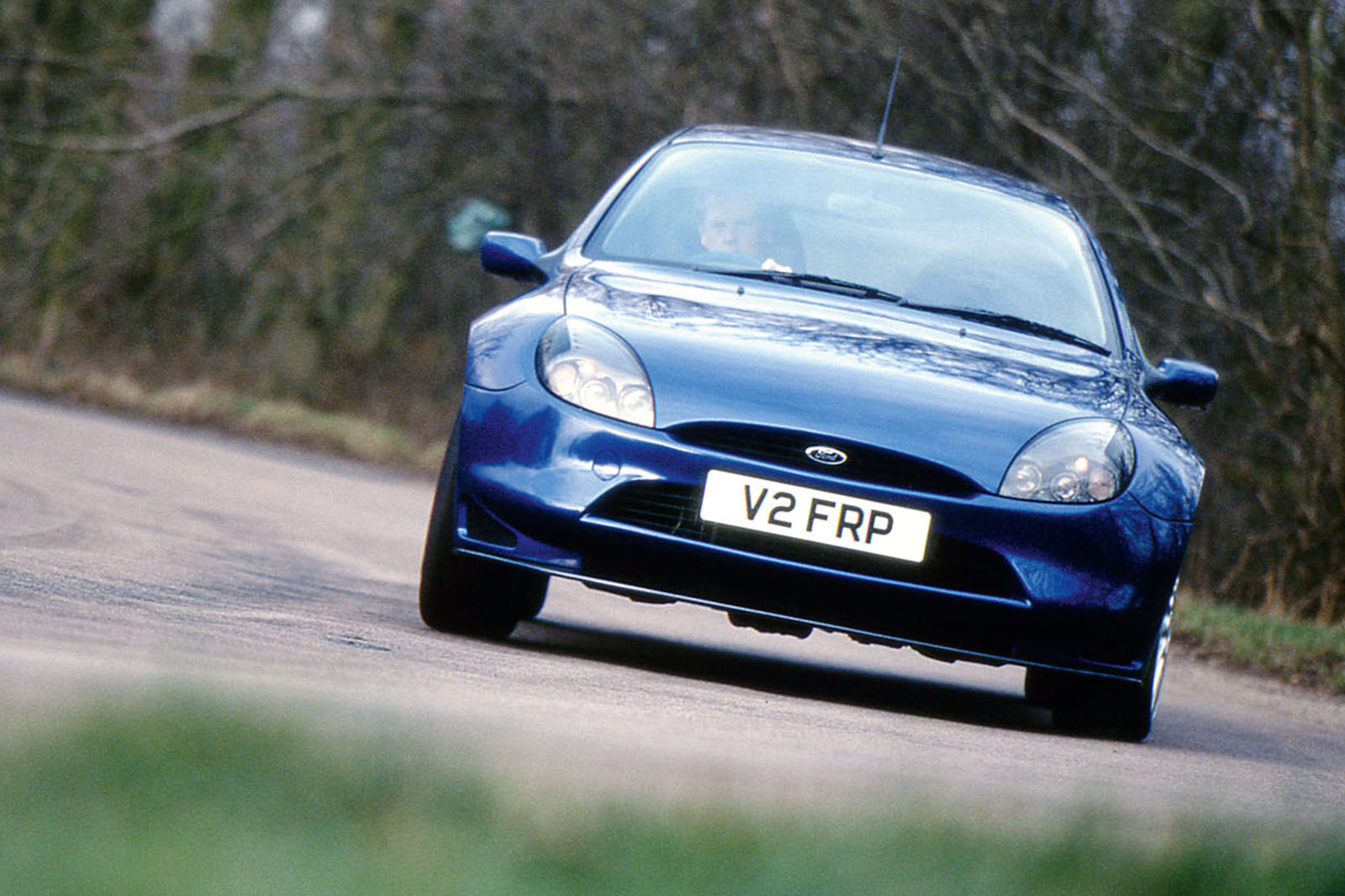 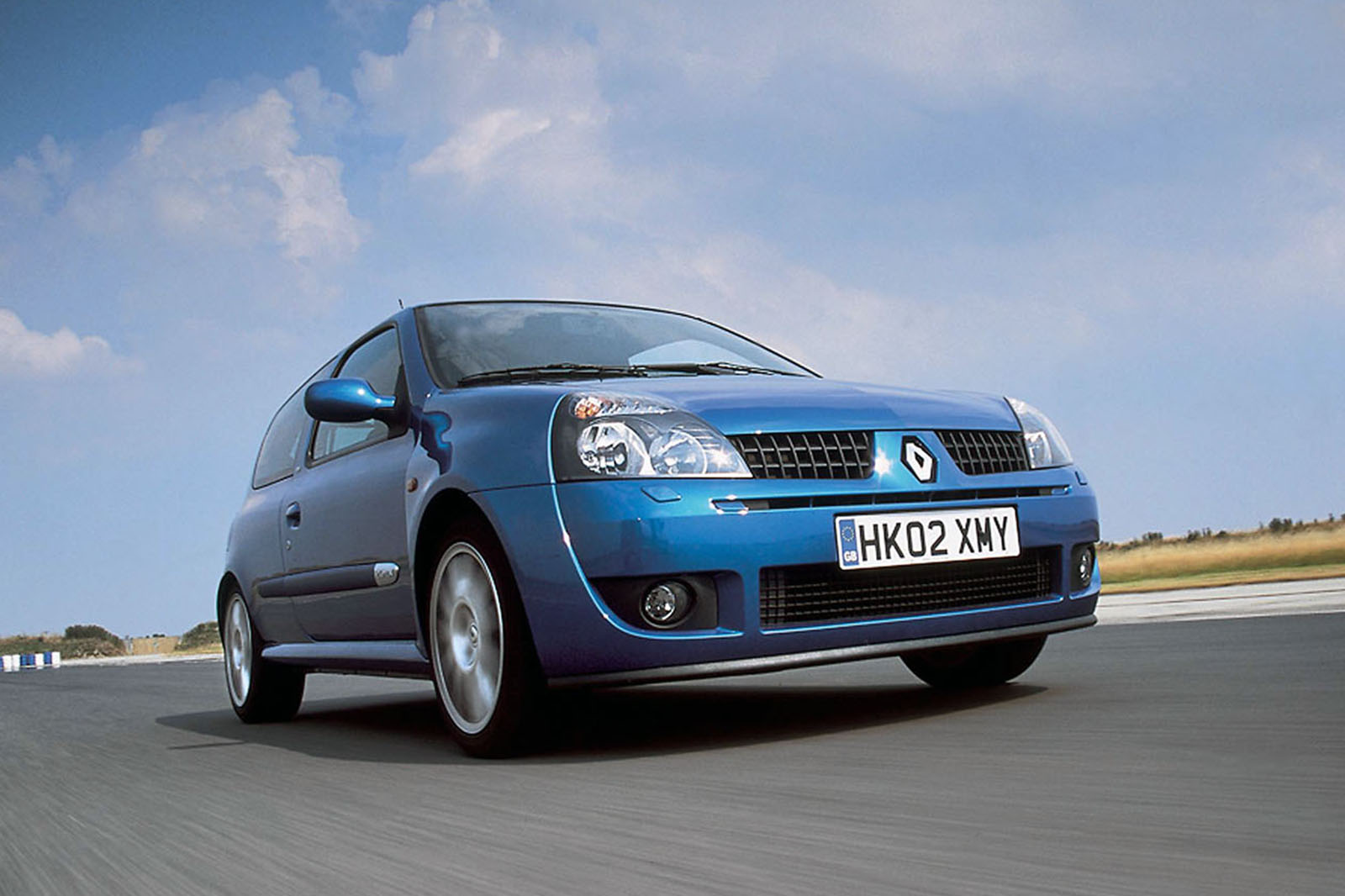 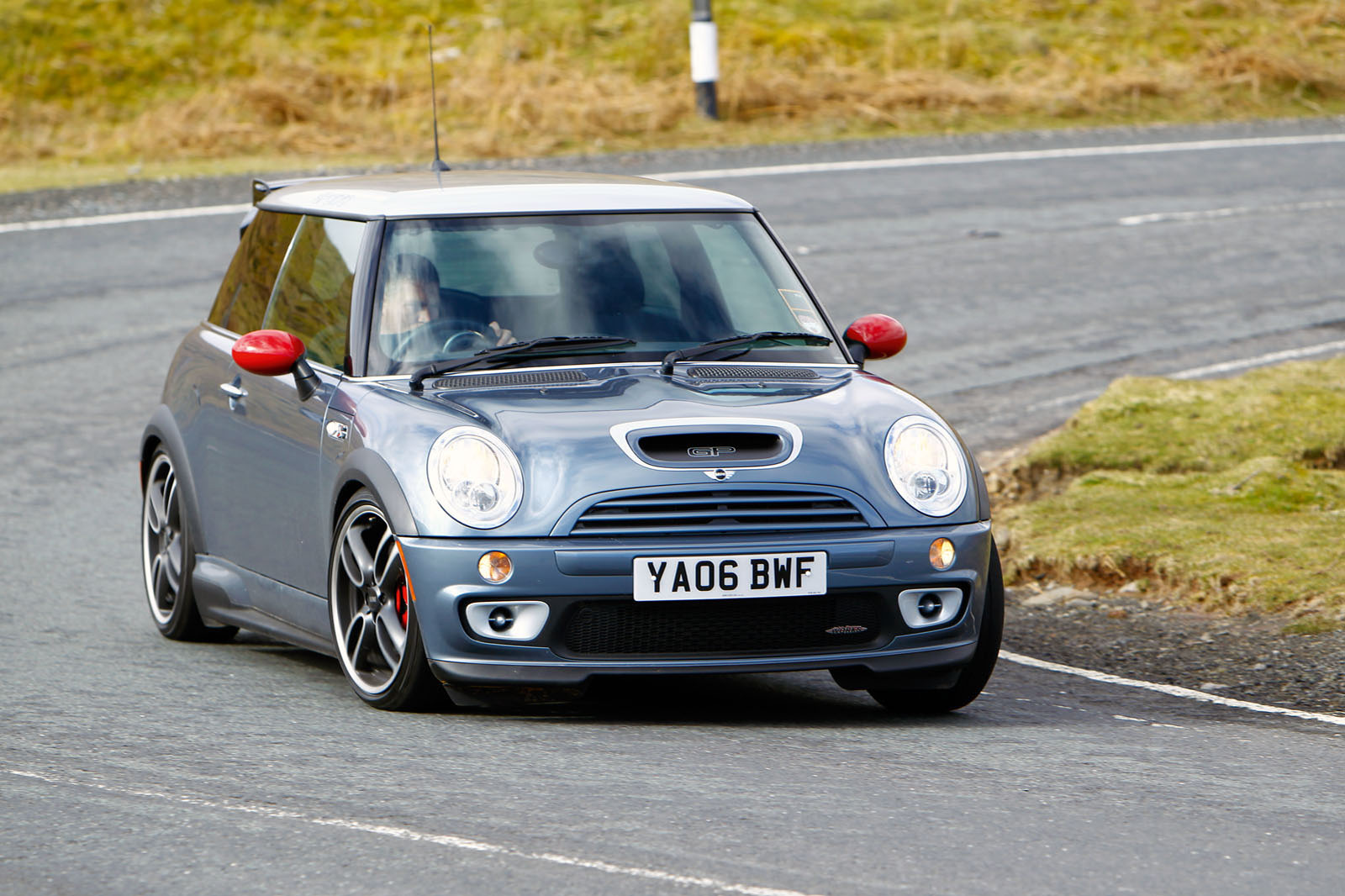 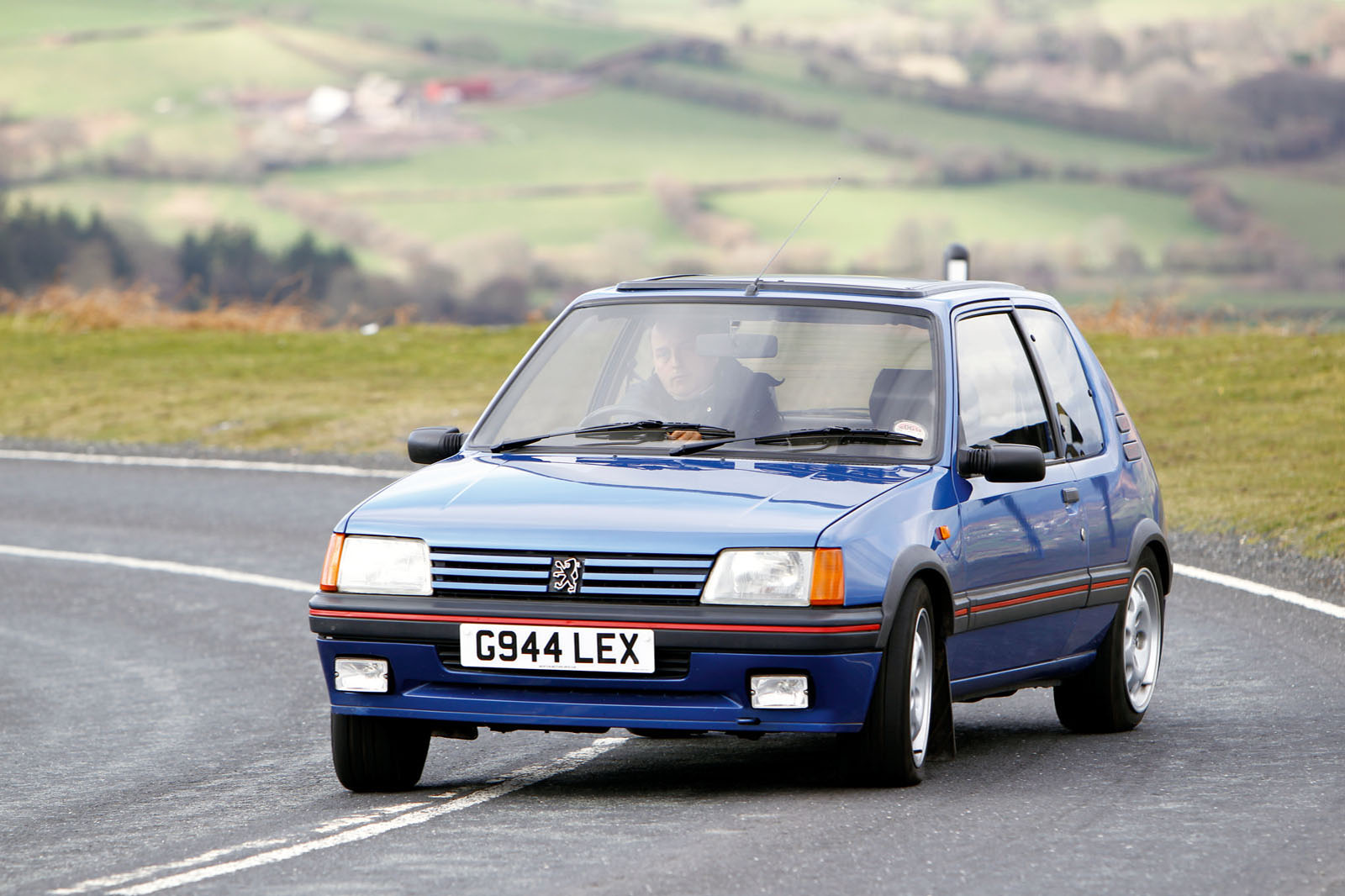 Needles in a haystack

Not a good list.  Only two of these sold, or were even available in many cases, in large numbers, the original Mini and the 205.  Some of the others are less common than hens' teeth.  To offer a selection of used cars for consideration it would be of more value to have eight which are likely to be at least moderately easy to find and a couple of rarities for which to keep one's eyes peeled, in preference to the other way around.

No Clio Williams, 306 Rallye, 106 Rallye, VW Coraddo VR6, Lotus Elan. The Wife had a Mini RSP, suspension was modified by Acespeed Minis to Race spec. Stock was good. But after Andy had worked his majic (tyres & adjustable suspension set up correctly ) on it, the car was phenomominal. With the correct engine (100bhp ish) it would've been awesome. Problem was it was great when you Was in the mood, but not good when you wanted to chill.
smokescreen38 20 August 2017

No Clio Williams, 306 Rallye, 106 Rallye, VW Coraddo VR6, Lotus Elan. The Wife had a Mini RSP, suspension was modified by Acespeed Minis to Race spec. Stock was good. But after Andy had worked his majic (tyres & adjustable suspension set up correctly ) on it, the car was phenomominal. With the correct engine (100bhp ish) it would've been awesome. Problem was it was great when you Was in the mood, but not good when you wanted to chill.

Sorry my bad, re-read the article the 306 is on there doh!

- Racing Puma - I had one but whilst it was extreme, best on the road - no - struggled with broken surfaces etc etc of B raods - great on a track but could be a real handful on the road

- FIesta ST - everyone's darling at the moment - how can the Focus RS make it when the Fiesta ST doesn't.  I've got one at the moment and it walks all over the Racing Puma as a road car