BACK TO ALL NEWS
Currently reading: Under the skin: how old EV batteries can be used as storage
UP NEXT
Volkswagen ID Aero is EV Passat equivalent with 385-mile range

Under the skin: how old EV batteries can be used as storage

The idea of giving EV batteries a second life when their capacity drops to 80% or less seemed written into some imaginary EV plan even before the Nissan Leaf was launched in 2010.

That gradual decline in the capacity of a lithium ion battery could begin after eight years and 100,000 miles or so, although Nissan has said in the past it has examples of Leafs that have clocked up almost 200,000 miles with minimal reduction in capacity.

When the time does come for retirement from a car, batteries can be used as stationary energy storage systems, something that makes a good fit for balancing the peaks and troughs of electricity grid power generation, storing renewable electricity locally, or for portable power. A McKinsey report predicts demand for used EV battery storage could exceed 200GWh (200 billion watt-hours of storage) per year by 2030 in a market worth almost £23 billion by then.

It’s already happening and Jaguar Land Rover is one of the latest manufacturers to reuse batteries, from Jaguar I-Pace development cars in partnership with energy storage systems specialist Pramac. Some 85% of the original packs, including modules and wiring, are used to make Pramac Off Grid Energy Storage Systems, with the rest being recycled. The first example has a capacity of 125kWh, which, JLR estimates, would be enough to power the average family home for a week, or fully charge an I-Pace with power to spare.

Elsewhere, Audi announced at the end of last year that it had partnered power generation company RWE on an energy storage system built using decommissioned lithium ion batteries taken from development Audi E-trons. In total, 60 batteries were combined to provide temporary storage amounting to 4.5MWh (4.5 million watt-hours) of energy. The system stores renewable hydroelectric energy generated by the Hengstey reservoir at Herdecke, North Rhine-Westphalia. The batteries have been installed in a purpose-built 160-square-metre hall at the reservoir’s pumped-storage plant.

Nissan, meanwhile, set up the 4R Energy Corp in partnership with the Sumito Corp even before the Leaf went on sale. Because the Leaf has been in production for 12 years now, decommissioned batteries are becoming available for other uses. The battery components are graded when they come into the plant and those getting an ‘A’ grade can be reused as an EV high-performance battery. Those with a ‘B’ grade are good enough for industrial machinery such as forklifts or large-scale stationary energy storage in both industrial and domestic applications, where they are ideal for storing energy from solar cells in classic ‘make hay while the sun shines’ scenarios.

Skoda also began a project last year in conjunction with Czech technology company IBG Cesko to repurpose used 13kWh batteries from the Superb iV and Octavia iV plug-in hybrids and the 82kWh Enyaq iV EV. The resulting storage units are destined for Skoda dealers, each with a capacity of 328kWh and a power output of 150kW. The energy storage systems can be scaled up or down and their use effectively reduces the carbon footprint of each battery. 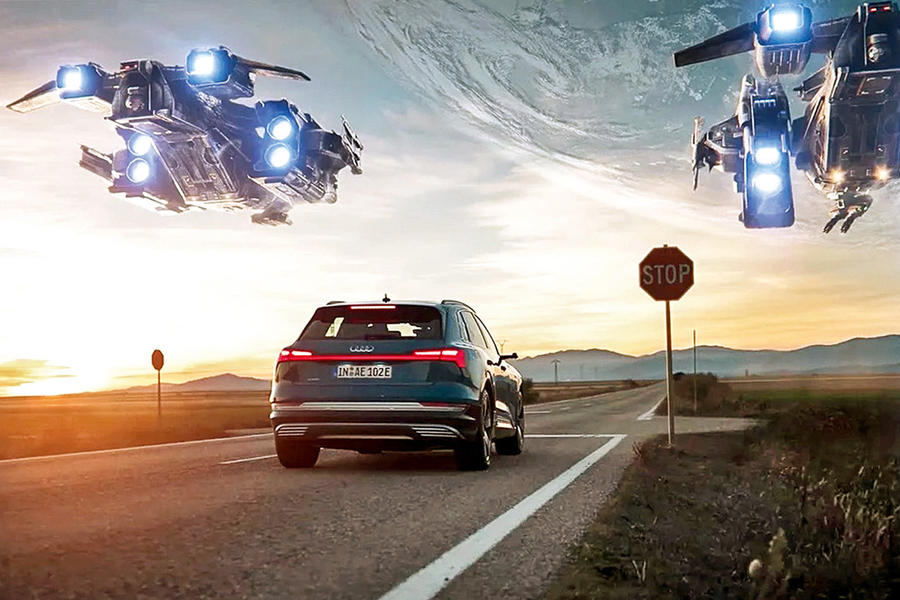 This would seem to be a no-brainer in considering what to do with used batteries.  With the government proposing more wind farms it is imperative that all technologies enabling the storage of electricity are pursued asap.  This looks to be much more ecological than building massive civil engineering projects such as Hydro Mountain in Wales.

Smarty pants: apart from some trials, we don't store electricity at the moment. We export when we produce too much, and we import when can't produce enough. Countries around us do the same, so it evens out.

Old EV batteries could be used to store electricity for later. Don't worry about maintenance, it would provide jobs and still be cheaper than import/export.
As for fires... Doom day is coming!

EVs store electricity in their battery packs. When they're down to 80% capacity, what's the point in going to all the trouble of transporting them to a site, disassembling them, testing to see which ones are going to make the cut, connecting them all in series, installing a whopping great expensive inverter, connecting it up to the grid (and whatever you are going to charge 'em up with), only for one of the cells to decide it's time has come, and then another one, and another after that, and so on.
It's a lot of ongoing trouble and expense for little return.

Andrew1 11 April 2022
Right, so... Better just throw them away?
You are one of those who just can't accept they're wrong and keep piling up the nonsense?
Cobnapint 12 April 2022
And you're one of those that blindly agrees with any desperate announcement about 'smoothing the grid' etc etc.
All this titting about is wasting time, energy and money. Recycle the batteries by all means, recover what elements can be recovered and reuse. But all our energies need to be going into nuclear. The 2030s are only 7 years 8 months away. Life expired EV batteries (or even working ones via V2G) are not the answer.