BACK TO ALL NEWS
Currently reading: Under the skin: Fuel-saving predictive tech previews autonomy
UP NEXT
Fisker goes radical with Pear EV SUV

It's been said that we’ve been on the road to autonomous cars for several years now, because what we know as advanced driver assistance systems, such as autonomous emergency braking, lane keeping, traffic sign recognition and adaptive cruise control with stop-start, are all building blocks of the autonomous car.

Hyundai-Kia’s new ICT (Information and Communication Technology) Connected Shift System is another example of that, although the group isn’t the first to the party with this kind of technology. The idea of CSS, as we’ll call it, is that it’s predictive, selecting gears to suit traffic conditions up ahead. In effect it does pretty much what an efficient driving course would teach a human driver to do, looking and thinking ahead to control speed, be in the right gear and avoid unnecessary use of the brakes.

In the Hyundai-Kia system, the Transmission Control Unit (TCU) interprets data from 3D navigation to analyse gradients, elevation, curvature of bends in the road and road events while the cruise control radar does its normal job of monitoring the speed and distance of vehicles in front, with a camera keeping an eye on the lane ahead. Artificial intelligence software decides on the gear selection and de-clutches the transmission for coasting when conditions allow.

Hyundai-Kia says the number of shifts made on a twisty road is almost halved compared with a conventional transmission and braking (a real fuel economy killer) reduced by just over a tenth. The system also switches to Sport mode when it decides harder acceleration is likely, such as when joining a motorway. Still at the development stage, ICT will be tailored to take advantage of 5G-based traffic signalling and integrate with individual driving styles in future cars.

BMW showed something similar back in 2012, and the system initially saw production on the 7 Series. Predictive Power Management enabled the transmission to in effect see the road ahead and account for bends in the road. Foresight Assistant in Eco Pro mode prompted the driver to decelerate when it predicted an imminent need to slow down, in turn avoiding using the brakes so much.

Route-Ahead Assistant calculated the most efficient route to take and enabled coasting when the road is clear. As part of its Efficient Dynamics approach, BMW also introduced smart stop-start, which doesn’t shut down the engine if it isn’t necessary and, when it does, restarts the engine when it’s time to go using radar and camera data rather than relying on the driver’s operation of the car’s controls.

The ICT and CSS isn’t available yet but the companies say they will roll it out on future cars. The evolution of assistance features like these do more than give efficiency gains; if drivers are aware of them, they can make day-to-day driving from A to B less of a chore (congested roads aren’t going away any time soon). Just occasionally, like one-pedal driving in a BEV with driver-adjustable regenerative braking set to high, they can make it more fun and engaging, too. 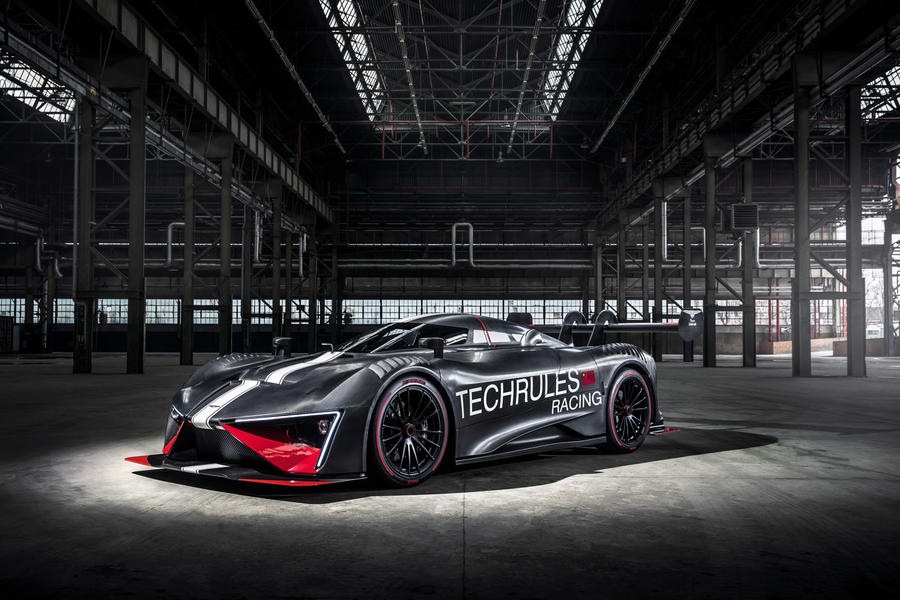 Techrules, maker of the Ren supercar concept, with its gas turbine range-extender, plans to start production of a 45kW stationary power generator this year, with a 15kW range extender version to be used in EVs set to follow next year. The turbines can run on biofuels and, according to the manufacturer, produce much lower NOx emissions than piston engines due to lower peak combustion temperatures.

why do they not automate the aircraft industry as it can already be done or the railways which is even easier. Why do we keep having to read about a system that will be near impossible to automate as there are too many variables that are themselves variables. Its not for car companies to bring in automation, it is for governments to bring in a legal framework and to decide "who-is-liable-for-what" when an accident or death(s) occur.

Yes, it all sounds great,but I'm not so about having control taken out of my hands.