This is the Techrules Ren, a 1287bhp electric supercar that has been revealed at the Geneva motor show with a patented diesel-fuelled turbine-recharging (TREV) system.

The car’s carbonfibre structure has kept mass down to 1700kg, giving it a power-to-weight ratio of 757bhp/ton – 26bhp/ton more than a Bugatti Chiron. 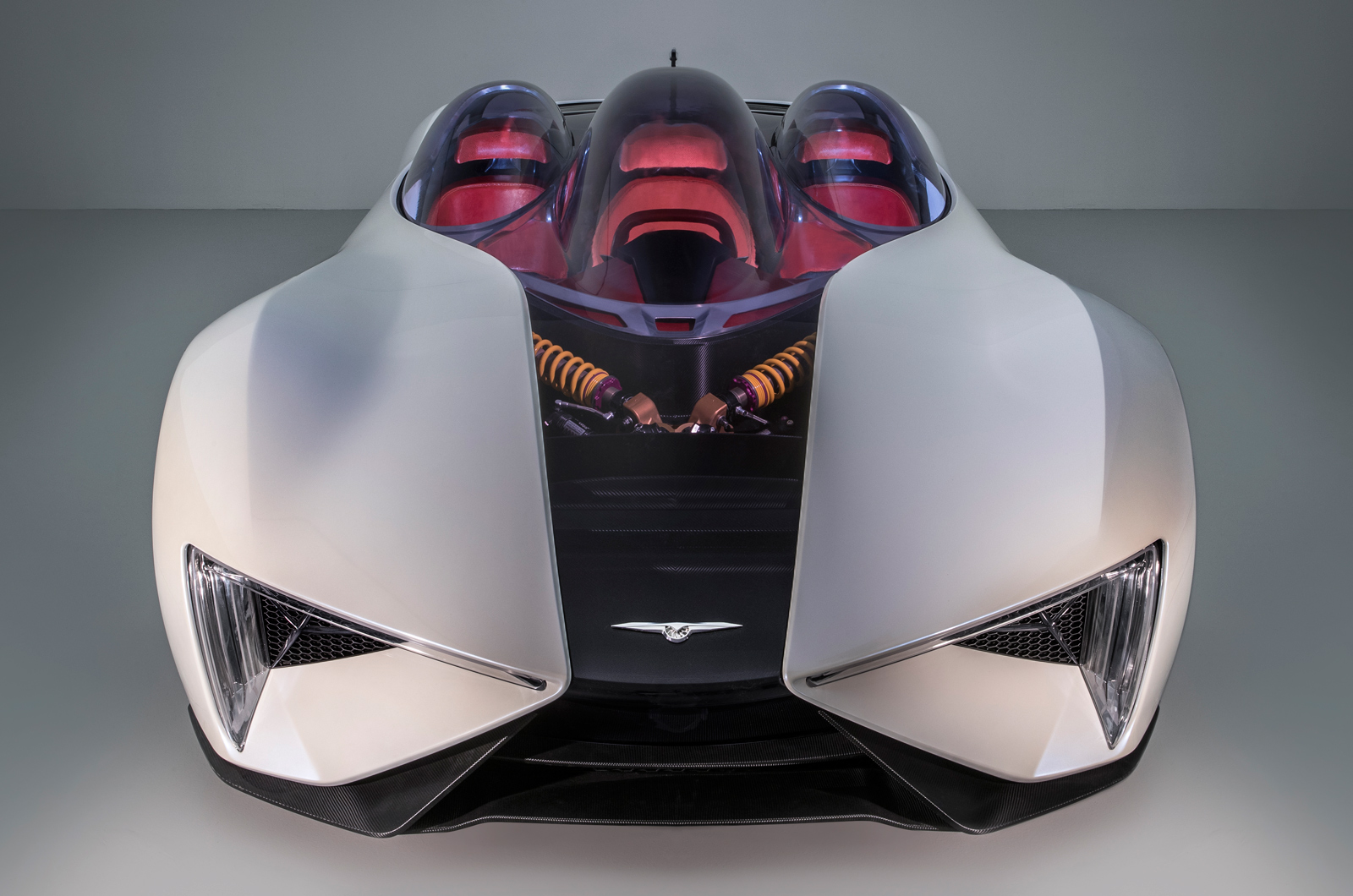 Those figures apply to the most potent variant of the Ren which comes with a six-motor setup (two powering the front, four powering the rear) to produce 1725lb ft of torque. Two and four-motor setups are also available, producing 429bhp and 575lb ft, and 858bhp and 1150lb ft respectively.

Three specifications of lithium ion battery are offered, with capacities of 14kWh, 25kWh and 32kWh. The water-cooled and British built motors can be charged to 80% in 15 minutes using a DC fast charger. Techrules said each battery’s target lifespan is 100,000 cycles.

Two types of TREV system are available, with 40bhp and 107bhp. In its most frugal specification, TREV technology enables a 727-mile range with 80 litres of diesel. The car can also cover up to 124 miles in full EV mode. Diesel is the most efficient fuel, but the turbine can also run on gaseous fuels. 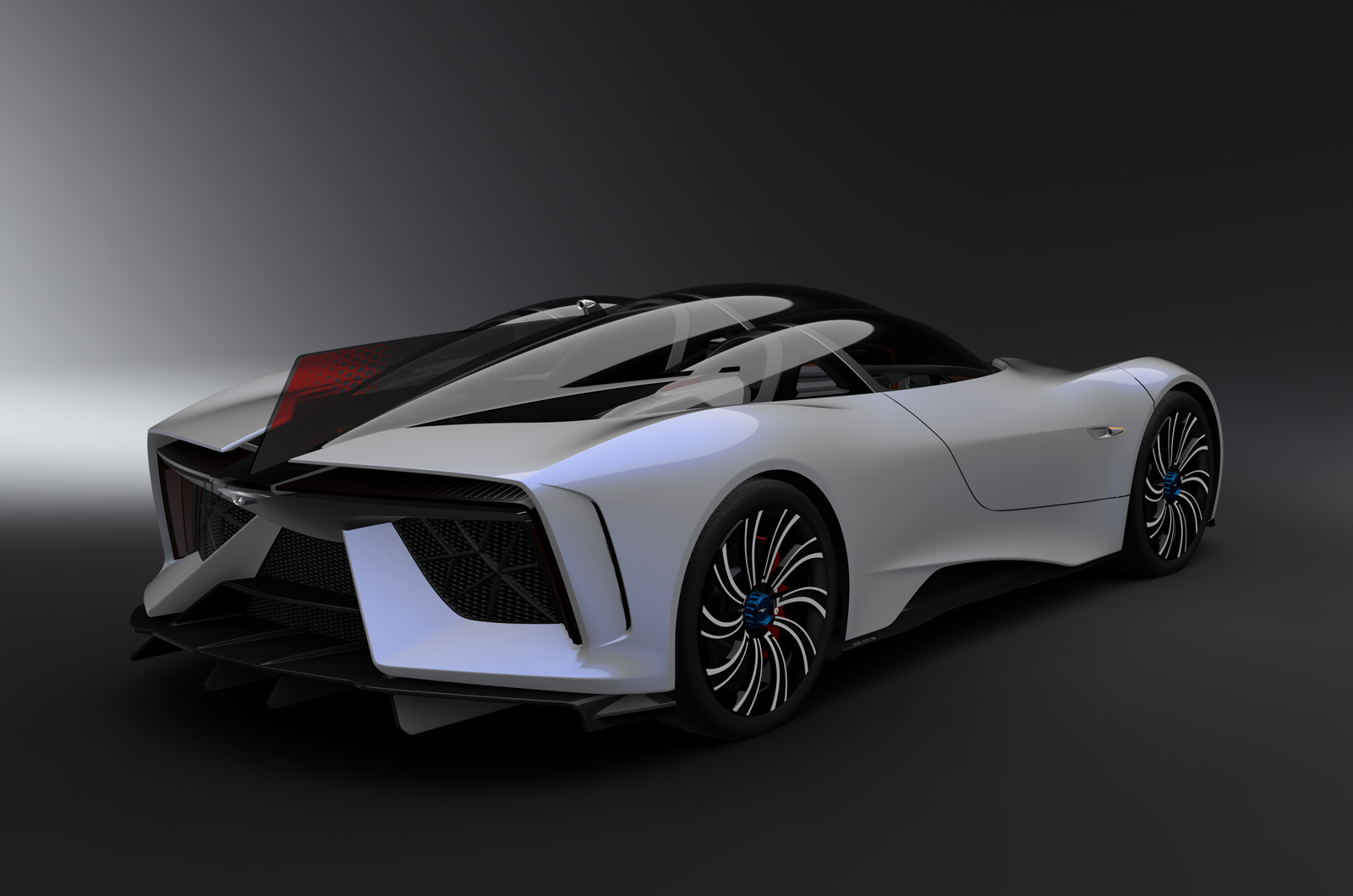 An exterior design crafted by Italdesign founder Giorgetto Giugiaro and his son Fabrizio is inspired by aerospace features rear spoilers that can deploy independently to enhance high-speed stability. The car’s canopy roof design negates the need for doors, increasing the structure’s rigidity.

Cars can be built in one, two or three seat specification, with the former offering the lightest weight and most storage space, and the latter placing two passengers either side of the driver – much like the McLaren F1.

The Ren’s canopy uses a steel motorsport-specification roll cage. Its design differs for each layout, with single-seat cars using the slimmest and most aerodynamically efficient cover. 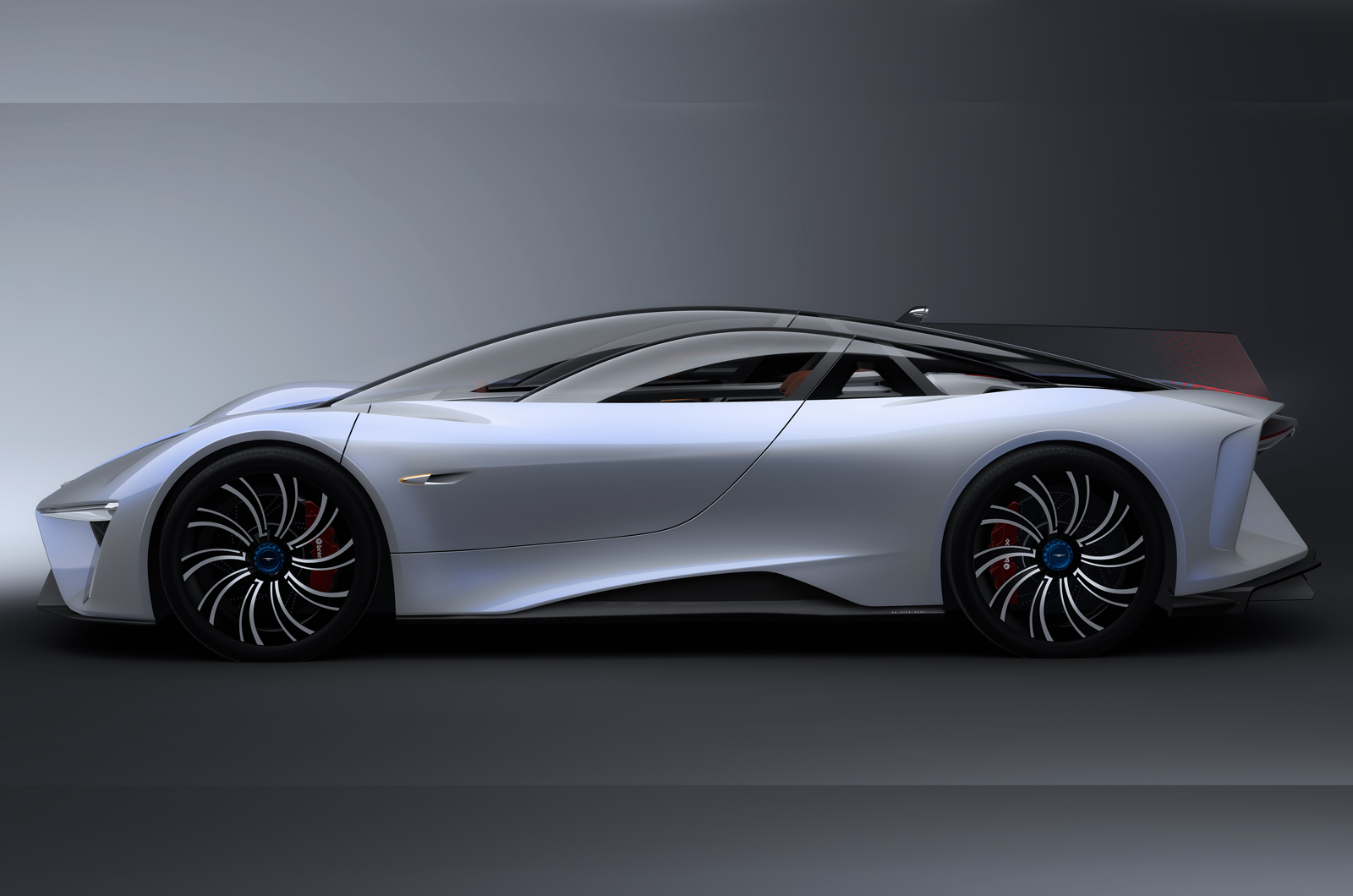 The car sits on 22in wheels with tyres that are 265mm wide. Its independent motor setup enables torque vectoring, with the two-motor Ren powering its rear wheels only, the four each wheel and the six adding two motors to each rear wheel to offer rear-biased all-wheel drive.

Inside, an upper instrument panel houses three screens that display a video feed from the rear-view cameras. A centre display and two screens behind the steering wheel show car and journey information. 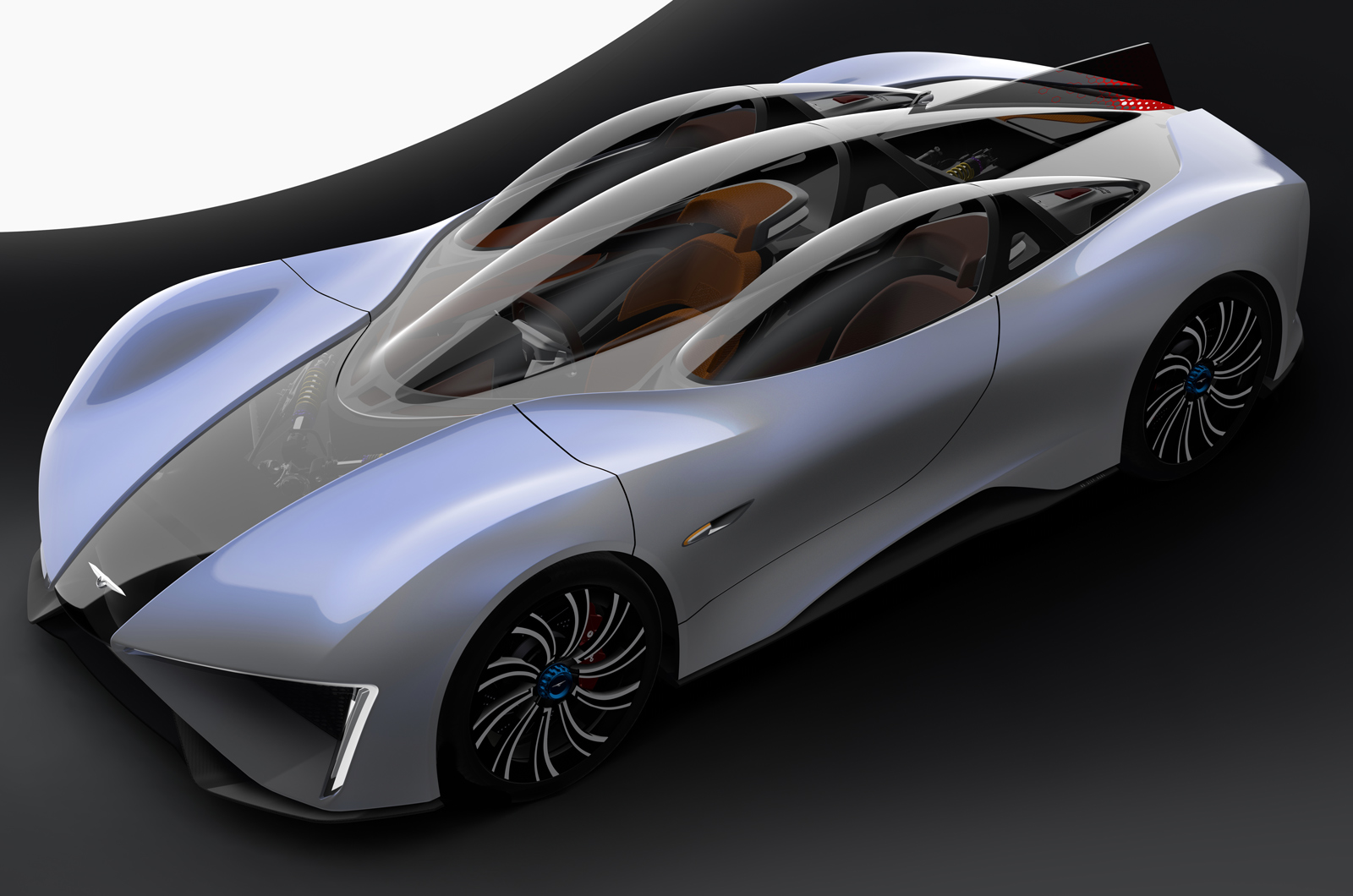 Techrules has launched the Ren as a halo product before using parts of its scalable drivetrain in a range of other models. The brand said these can include everything from SUVs, family saloons and small city cars.

The Ren is the first supercar produced by a Chinese company. It has been designed and constructed in Italy. Sales have opened now and the first cars will arrive with customers at the start of next year.

At first, a limited-run of 96 track versions will be produced. Around 10 cars are expected to be produced per year. Pricing is yet to be revealed, but something in the region of £2.2million is expected.

This is all nonsense! No gas turbine suitable for use in a supercar currently exists. Only one company anywhere in the world has ever developed anything even remotely applicable! What happened to the Jaguar C-X75 or the Velozzi supercars, both initially claimed to be able to develop micro gas turbines 5-6 years ago!
gasturbine 9 March 2017

This is all nonsense! No gas turbine suitable for use in a supercar currently exists. Only one company anywhere in the world has ever developed anything even remotely applicable! What happened to the Jaguar C-X75 or the Velozzi supercars, both initially claimed to be able to develop micro gas turbines 5-6 years ago!
jason_recliner 9 March 2017