BACK TO ALL NEWS
Currently reading: Israeli start up reveals ultra-flexible modular EV platform
UP NEXT
UK EV charging network to improve after "horrible" summer

REE’s radical, easy to work on EV tech enables a 2.7m-long five-seat robotaxi and much more besides
Open gallery
Close

Israel-based start-up REE has designed a new electric vehicle platform with modular corner and wheel assemblies that, it says, allows more freedom of design and the fitment of more body configurations than is possible on current EV architectures.

REE’s platform can incorporate a totally flat floor while the motor, suspension, steering and braking – all of which are by-wire systems – are all handled by individual wheel modules. There’s an ECU at each corner and one within the chassis itself. The system is scalable for anything from small delivery vans to large commercial vehicles.

Speaking to Autocar from Tel Aviv, REE co-founder and CEO Daniel Barel said: “A V6 internal combustion engine [ICE] platform and Volkswagen’s MEB [electric architecture] are more or less the same. It’s still a three-box chassis configuration. They’ve taken the ICE and moved it into an electric motor, and the centre is a skateboard chassis, but it’s far from a skateboard. Tesla’s is the same and Jaguar Land Rover’s is the same – and that didn’t make any sense to us.”

REE’s corner modules have the motor and software attached to the chassis end of the suspension, so this isn’t a motor-in-wheel design, which would have a heavier unsprung mass and the ride and handling disadvantages that entails.

REE says a corner module can be removed and replaced in 18 minutes, which would give real gains in downtime and maintenance costs for commercial vehicles.

The architecture, which can have raised wheel arches by using horizontally located springs and smaller wheels, has already been showcased by Hino Motors, Toyota’s commercial vehicle division, with which it has a partnership, in a six-wheel configuration. 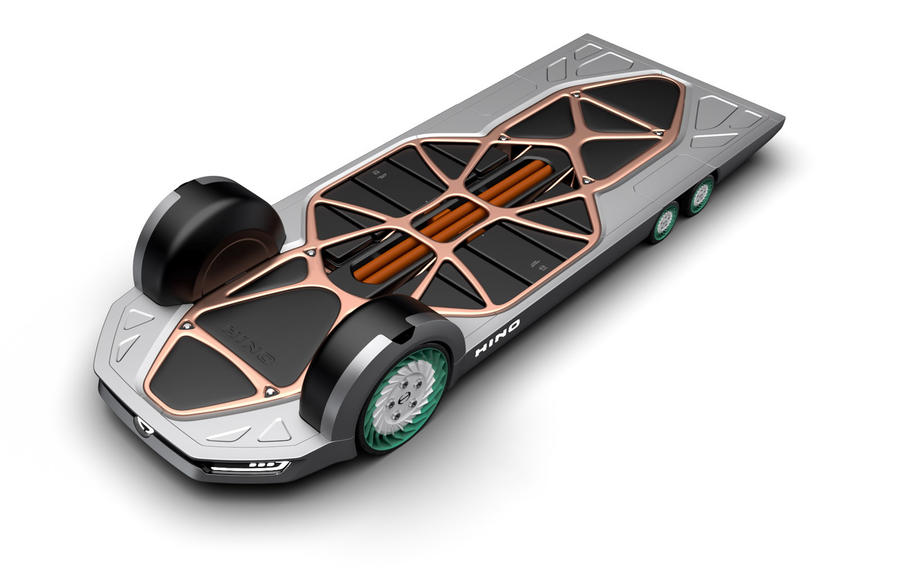 “Everything you can see there is what we do for them – the motor, the braking, the suspension, the drivetrain, everything. You can imagine the depth of due diligence we had to go through before they trusted us,” said Barel. “I can’t think of any other manufacturer that is so 100% involved in the major future of any OEM [original equipment manufacturer].”

REE has partnered with other OEMs and tier-one suppliers (T1s), including Mitsubishi Corporation, American Axle and Musashi, one of the world’s largest gear manufacturers. With new market entrants, too – in the autonomous and last-mile delivery segments – Barel claims there’s interest from plenty of market segments.

“One is new autonomous delivery vehicles,” Barel said, “which is small, slow vehicles. Some countries are more open to that than others. Those have been permitted to go on the road in the US already, and soon in Japan.

“Shuttles are an interesting business for us as well. And a robotaxi [an autonomous short-haul car] we’re building with a partner is 2.5cm longer than a Smart car and seats five comfortably.”

That would put an autonomous taxi at just 2.7m long but gains in usable space exist if REE’s platform can use the full length of the platform.

Instead of having a large manufacturing base of its own, REE says it has identified partner-company factories that have spare capacity, which saves it bigger capital expenditure costs. 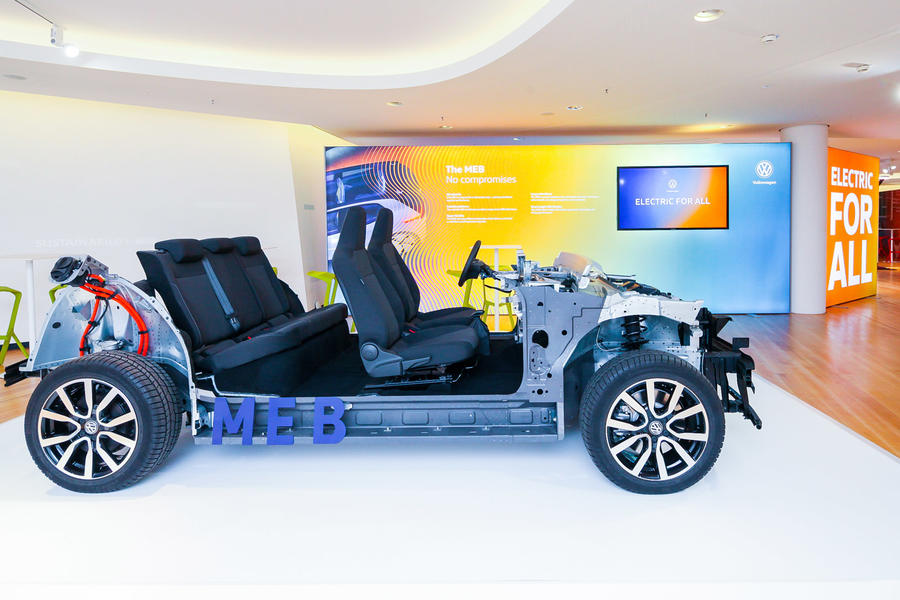 “We have unique partnerships with the world’s biggest T1s,” said Barel. “They’re our investors and shareholders. We do all the research and development and then, like any other OEM, we send it to production.” REE says it can build components in more than 300 plants worldwide.

Barel said the focus isn’t solely on autonomous or commercial vehicles: “There will be a steering wheel. There is a car today that is by-wire and you can drive it. We’re agnostic to whether it’s autonomous or not. You can put anything you want on top.”

The company is also open-minded about which badging its platform gets. “We want to be the ‘Intel inside’ of it,” Barel said.

“For the first time in a century, you don’t know how cars are going to look in five, 10, 15 years from now,” Barel said. “It’s a moving target, so how do you hit one? You make something that is completely different to anything else.”

The hunt for new car tech: Why Skoda is backing start-ups in Israel

I think the overall concept sounds promising, but I'm a bit wary of the 2.7m taxi idea if it's achieved by pushing passengers out to the edge of the wheelbase. The "three box" design is as much a product of crumple zone requirements as tradition, and even if these are low speed vehicles they will need something of that nature (as much for any pedestrians they might hit in an accident). This doesn't look like it accounts for that at present.

They may already be working on this in which case fair enough, but that would be my main concern at the moment.

I think this may well be the future . Makes Tesla look very old hat . If Toyota has been involved you just know it will be bulletproof tech. If I was a UK manufacturer I would be getting on the phone to license it ...
jason_recliner 4 May 2020