BACK TO ALL NEWS
Currently reading: Updated Audi TT RS could be the last of its breed
UP NEXT
New 2023 Audi A4 Avant undergoes tests in the Alps

Updated Audi TT RS could be the last of its breed

Audi has revealed updated versions of its range-topping small coupé and cabriolet, the 2019 TT RS and TT RS Roadster.

The revised model, which brings the BMW M2 rival in line with the rest of the range, comes as doubts surface about the future of the two-door. Rumours are circulating that the German car maker is considering axing the entire line-up as we know it, due to rapidly declining sales in key global markets.

Audi will bring facelifted versions of its standard TT and TT Roadster into UK showrooms in April, while the TT RS and TT RS Roadster receive a series of small updates conceived to tide them over until a model change originally planned to take place in 2022.

However, recent word from insiders at Audi’s Ingolstadt-based headquarters in Germany suggests new chairman Bram Schot has already devised a plan to replace the TT with a new liftback model. It is expected to form part of the fourth-generation A3 line-up as a rival to the likes of the Mercedes-Benz CLA and upcoming BMW 2 Series Gran Coupé. 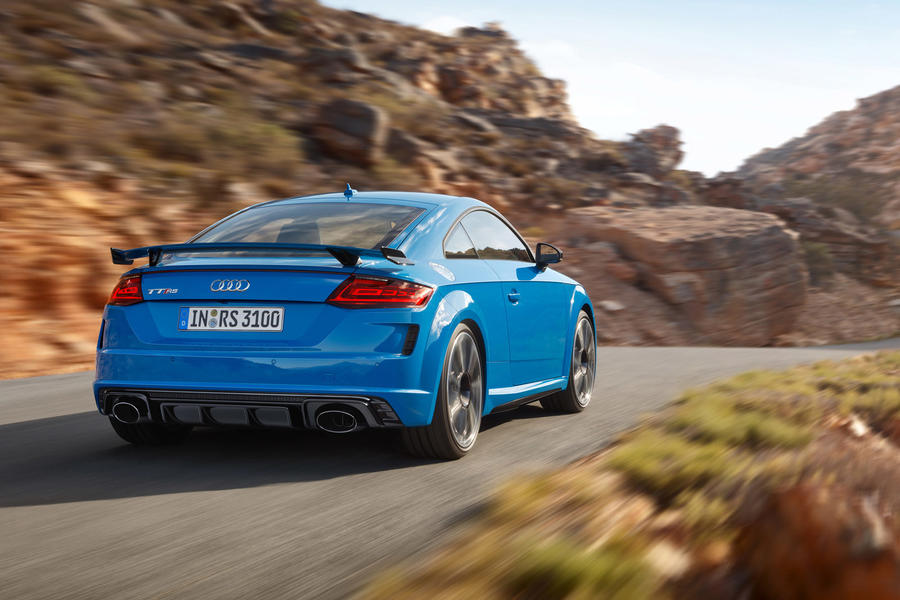 If true, the move would mirror that of Mercedes-Benz, which has decided not to replace the SLC once the current model goes out of production.

Introduced in 1998, the TT has been a mainstay of the Audi line-up for more than 20 years. But with buyer preferences having swung firmly in the direction of its SUV models and Audi directing €14 billion (£12.3 billion) into electric car development over the next five years, serious doubts hang over its future. An earlier plan to turn the TT into a sub-brand supporting up to four models, including a sedan and SUV, was ultimately quashed by Audi board members.

Changes to the facelifted TT RS and TT RS Roadster are subtle. They include a lightly reworked front bumper and a modified wing element at the rear. Inside, there are new colour accents and an upgraded communication system. 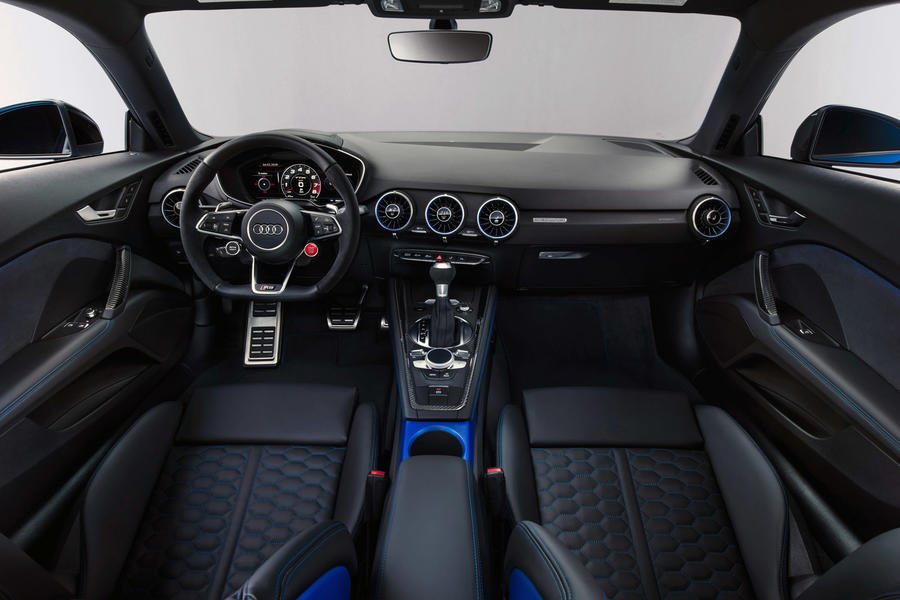 The TT RS and TT RS Roadster continue to be powered by the same turbocharged 2.5-litre five-cylinder petrol engine as pre-facelifted models. It delivers 395bhp at 5850rpm and 354lb ft of torque between 1950 and 5850rpm.

The heady reserves are channelled to all four wheels via a standard seven-speed dual clutch S-Tronic gearbox and an electro-hydraulic multi-plate clutch four-wheel drive system.

The performance claims remain the same; the 1450kg TT RS boasts a claimed 0-62mph time of 3.7sec and the 1540kg TT RS Roadster a claimed 3.9sec. The top speed of both models is nominally limited to 155mph but can be raised to 174mph as part of a long list of options that brings upgraded 20-inch wheels and tyres.

SUVs are not all the same

There is SUV (or crossover or whatever) and there is an SUV. Take MX-3 or Macan or X6, one can't really sit in the back seat (in case of Macan it is also hard to get into the back seat for a normal sized male, the door opening being so narrow). Totally useless for the idea of SUV. Then you take something like Forester or Discovery Sport S - absolutely brilliant in terms of usage, loads of space front/back/boot. Same size as the fancy cars and same (or lower) weight. They do not drive like Macan, that is true, but that is not the point of this cars anyway. I totally understand the idea of these cars now.

I have Disco SS now, petrol 240hp, Macan is way better as a driving car (in corners) and the software for the gearbox of DSS is pretty crap compared to Porsche, but I like the DSS, it is a very relaxing vehicle and a great work horse.

If this plan to kill TT line is true and you have the current TT RS - keep the car. It will become a modern classic and collectable.

I used to have 1st gen. TTRS with manual gearbox, I loved that thing! For two people it is perfect, small, fast, perfect front space and big boot, and awd for year round use. Beautiful as well.

Then make it exciting again Audi...

The Mk1 TT was fabulous. Daring and brilliantly different. The Mk2 was very bland, and the Mk3 is a slightly better looking version of the Mk2.

It's extremely difficult, but to repeat the success of the Mk1 they need to make another wow job with the styling. Revisit the Bauhaus styling please Audi.

17,000 cars a year for a standalone body is pretty poor return on investment - it's a bit more different than a Golf underneath than you'd believe.

The Mk1 TT was fabulous. Daring and brilliantly different. The Mk2 was very bland, and the Mk3 is a slightly better looking version of the Mk2.

It's extremely difficult, but to repeat the success of the Mk1 they need to make another wow job with the styling. Revisit the Bauhaus styling please Audi.

17,000 cars a year for a standalone body is pretty poor return on investment - it's a bit more different than a Golf underneath than you'd believe.

Mk1 was not "fabulous" in any respect besides unusual for the time design. Mk2 TTRS was restrained and beautiful (similar to E46 M3), Mk3 TTRS is a bit garish (similar to BMW M2).