From £29,0158
Twenty years on, Audi’s seminal convertible is still undeniably well rounded – and still not as thrilling as some rivals
Open gallery
Close

The soft-top version of Audi’s ever-popular sports coupé, which has been given the mildest of design tweaks for 2019 along with some equipment upgrades and a massively simplified engine line-up.

With diesel options now deleted from the range, and the old 1.8-litre petrol having been retired, the TT now has a single 2.0-litre four-pot in three states of tune: the 192bhp 40 TFSI, the 242bhp 45 TFSI driven here and the 302bhp TTS.

You can still get a TT with a manual gearbox, but only in front-wheel-drive form. Our test car had quattro all-wheel drive and Audi’s new seven-speed dual-clutch automatic transmission. Suspension stays the same as before, with MacPherson struts at the front and a four-link arrangement at the rear.

An electrically folding fabric roof and a lack of rear seats are all that separate the Roadster from the Coupé, so it gets the same honeycomb-effect front grille and chunkier air intakes to keep its front end looking sharp. A full-length front splitter and redesigned rear diffuser are now standard on S line models, too.

The Roadster tips the scales at 1455kg, some 90kg more than the Coupé. That results in a slightly less brisk 5.5sec sprint to 62mph compared with the hard-top’s 5.2sec, but what you give up in weight is made up for by having infinite head room just a button press away. 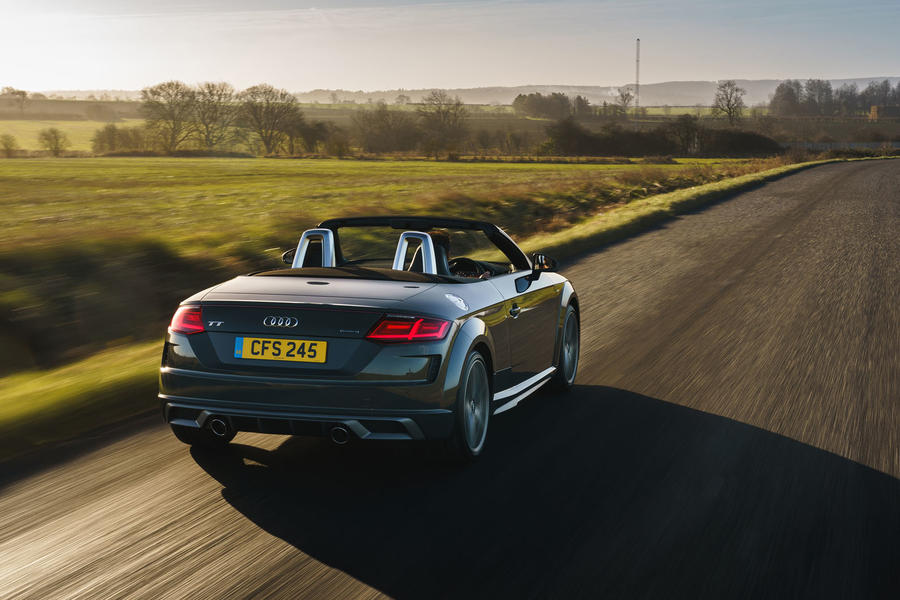 The cabin is your usual Audi fare, which is to say refined and well appointed. All models get heated seats and climate controls stealthily incorporated in the air vents themselves, and our S line car has uprated sports seats.

Audi’s Virtual Cockpit is still the star here, making the cockpit feel that little bit more driver-focused. The entirely digital instrument binnacle is as customisable as ever, and it takes only a few journeys to adjust to the oversized dial and on-wheel buttons you control it with. It plays nicely with Android Auto and Apple CarPlay, too. The optional Technology pack is worth having, because it adds navigation, Audi Connect online services and wireless smartphone charging.

Boot space is smaller than in the TT Coupé, but the Roadster can still carry more than a BMW Z4 or Mercedes SLC. Folding the roof won’t affect the size of the load area, either, unlike some rivals.

The strengthening added to compensate for the loss of a fixed roof makes the Roadster feel stiff in the bends, which combines well with the impressive levels of grip. This is an agile sports car that can be thrown into corners at surprising speeds. It helps that the steering is precise, despite being so light. The progressive rack will appeal to daily drivers needing to slot the car into tight parking spaces, but anyone looking for the kind of engagement available in a rear-drive sports car won’t find much here.

On the other hand, the turbocharged four-pot is keen to rev and can still entertain through straight-line speed - with the caveat that you’ll be beaten off the line by a handful of today’s more potent hot hatchbacks. It’s responsive right the way through the rev range, with little in the way of lag. No, it doesn’t sound as good as a flat six, but it still makes its presence felt when you drop the hood.

That the new seven-speed gearbox is more reactive to your inputs than the old six-speed unit is enough to make manual mode more appealing, although it’s no slouch in automatic, either. The paddles could be a little larger for easier shifting, though.

With the roof down and windows up, the TT Roadster keeps the driver and passenger comfortably out of the wind. The hood, which takes 10sec to raise at vehicle speeds of up to 31mph, is made from sound-insulating fabric that does a good job of isolating the cabin while driving through town. Road noise only really becomes noticeable at motorway speeds. 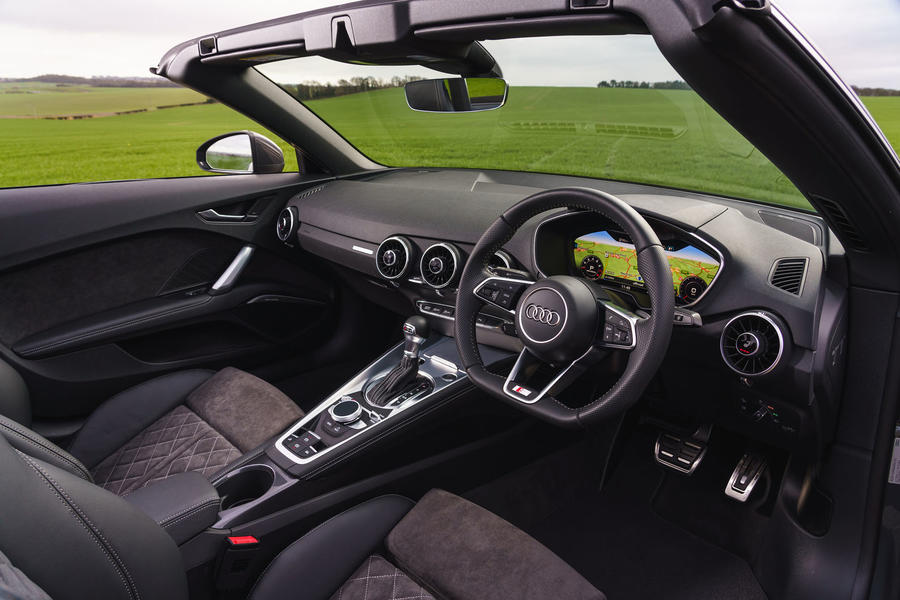 If you’re a fan of the TT’s distinctive looks and don’t mind that it isn’t the most engaging of convertibles, then absolutely.

Audi’s Roadster is well equipped and reassuringly powerful and it undercuts its major rivals. You’d need to spend a few thousand pounds more on a BMW Z4 for a more dynamic, rear-wheel-drive experience, or add at least another £10k to get a Porsche 718 Boxster.

For a relaxed top-down drive with a respectable amount of power, however, the TT Roadster still makes a lot of sense. 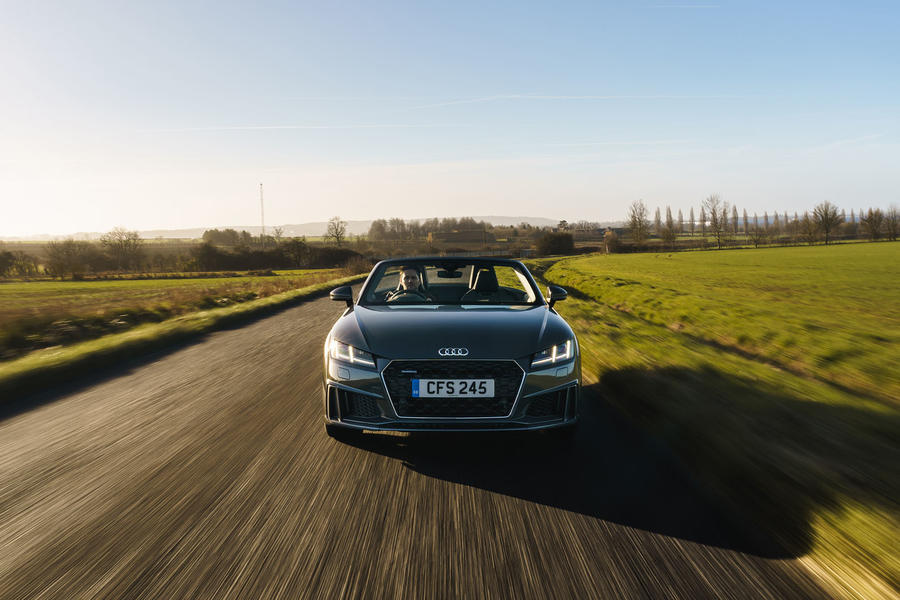 I read your article it's very nice and I very happy to see your article.I Want to read your blog every time when i open this and your information is truely good i loved it i have same type of article which i want to see you hope you like my article.

The pictures were quite amazing and it surely is one of my favorite cars.