BACK TO ALL NEWS
Currently reading: Updated 2024 Cupra Formentor and Cupra Leon get all-new look
UP NEXT
Rodin FZero: V10 weapon aims to be world's fastest car

The Cupra Formentor and Cupra Leon will be radically redesigned as part of a significant round of updates in the next two years, as the Spanish brand looks to more heavily differentiate its cars from those of parent company Seat.

Prototypes for the updated duo were shown briefly – and dimly – as part of a showcase for Cupra's 2025 line-up, which will also include the new Tavascan electric crossover, the compact Urbanrebel EV, Terramar hybrid SUV and an updated Cupra Born EV hatchback - the latter of which will be redesigned to more obviously distinguish it from its Volkswagen ID 3 sibling.

Likewise, the Cupra Leon's new look sets it apart from the standard Seat Leon from which it derives the bulk of its underpinnings.

The new-look front end is a complete departure from today's car, and brings it closely into line with Cupra's expanded and updated line-up. 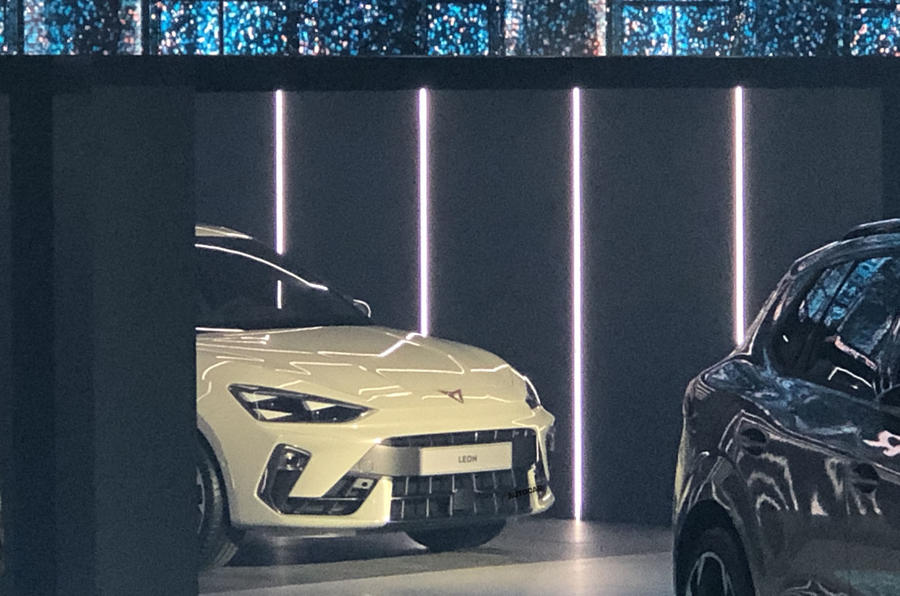 Slim-line headlights featuring Cupra's distinctive triple-triangle motif are the most obvious addition, but the Seat grille has disappeared, to make way for a smoother central section like that of the Born and Tavascan. A prominent decorative bar splits the lower intake, which curves up into the front wings for a more purposeful stance.

It's a similar story for the Formentor - which, as a bespoke Cupra product in the first place, is already heavily visually distinguished from the Seat Ateca to which it is related. It gets the same headlight designs and a similar lower air intake design to the next Leon, but overall looks to bear more of a resemblance to the slightly larger new Terramar. 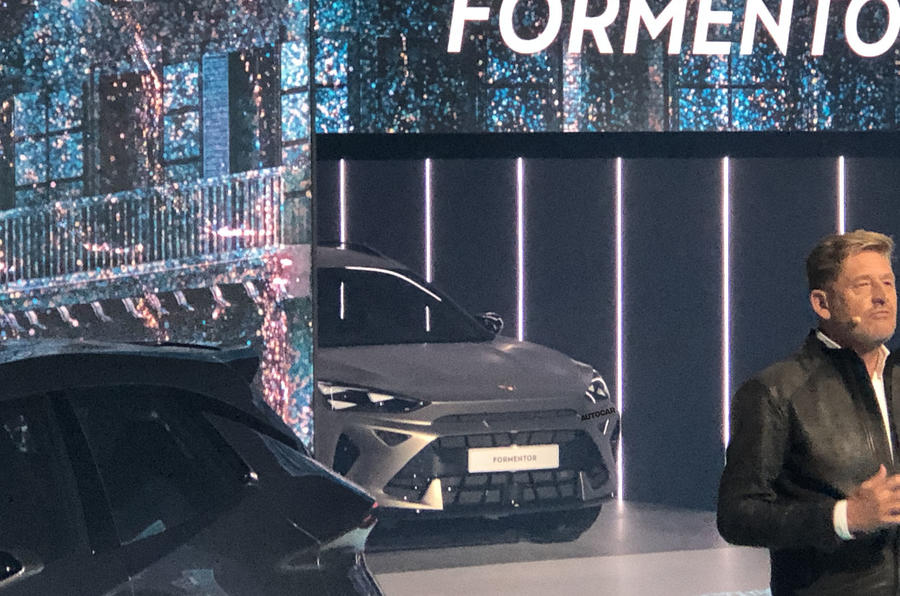 Can the pure-petrol hot hatch claim bragging rights over its Golf GTI stablemate?

It is unclear how extensively the two cars will be updated mechanically, but the new Terramar has already been confirmed for a new family of plug-in hybrid powertrains with much longer EV ranges than the existing PHEVs in Cupra's line-up, so EV ranges of more than 60 miles are on the cards for the plug-in Formentor and Leon variants.

The new Formentor and Leon can be expected to launch in 2024, following a full unveiling sometime next year - in line with Cupra's plan to have a complete bespoke line-up in place for 2025.

Question will be, how long can these two brands coexist? Will Cupra outstrip SEAT? I suspect that long term, SEAT will be harder to justify its existence