BACK TO ALL NEWS
Currently reading: Road test rewind: Morgan Plus 8
UP NEXT
New Lotus electric sports car to use Britishvolt batteries

Did retro looks, a ‘modern’ chassis and a BMW V8 add up to the perfect Morgan?
Open gallery
Close

The Morgan Plus 8 was Britain’s fastest-accelerating production car for a time during the 1960s.

In Morgan’s modern era, however, in which traditional roadsters are built alongside aluminium-chassis Aero models and the 3-Wheeler, Morgan’s grunty old V8 model has been missed.

The Plus 8 is bigger than a traditional Morgan roadster. It uses the same BMW-sourced V8 as the Aero coupé and Supersport, as well as the bonded and riveted aluminium chassis that has marked out Morgan’s Aero 8 and its progeny since 2001. Peak power from the 4.8-litre mill rises from 367bhp to 390bhp with our test car’s optional sports exhaust.

Another interesting claim made by Morgan is that the Plus 8 is the lightest V8-powered production car to meet EU safety standards. It claims 1100kg for the car empty of fluids, whereas our test car weighed 1230kg in running order.

Sifting your way through the Plus 8’s several keys during the entry and start-up routine is a little bit confusing, but at least clambering in with the roof up is not the chore that it is in a Caterham. The driving position is still snug, but of greater disappointment to us were some elements of cabin fit and finish. Some electrical wires had been left loose behind the dashboard, for example. 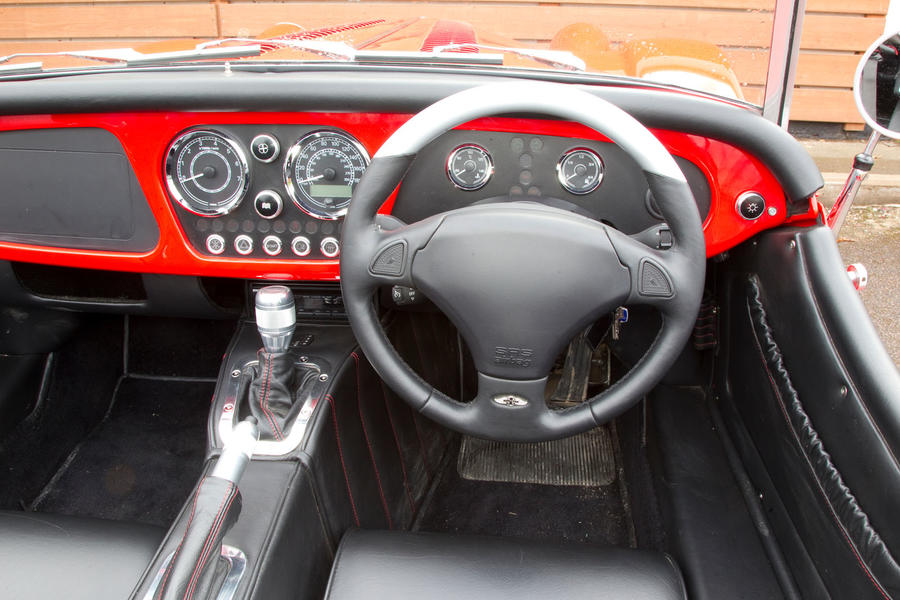 The V8 offers character at any revs. Step-off is brisk, with a little more creep built into the automatic gearbox than feels totally intuitive. Still, there’s much to recommend the powertrain. That it automatically upshifts at the redline is a touch annoying, as is the way it slightly mismatches engine speed on downshifts, but it shifts fairly quickly and mooches around in ‘D’ agreeably.

There is as much outright speed available as you’re likely to want, with good accessible torque. Although the modulation of the brake bite point can be tricky, the car brakes quite well in dry conditions; less well, it must be said, in the wet.

Aero-series Morgans have disappointed us with their non-linear steering response before, and this one follows a related theme. The car’s ride is fidgety on poor surfaces and reactive over bigger inputs. The car tracks straight on the flat but it’s easily kicked off line by ruts and camber. There is inherent balance and fluidity to the car’s handling on a smooth track, but both are darned hard qualities to unearth.

If the Plus 8 didn’t overcome your objectivity so well, three stars would seem generous. It doesn’t ride and doesn’t steer and is generally not all the car it really ought to be. It retains the disarming charm to woo with its looks, noise and pace, but its dynamic failings remain hard to forgive for the outlay. 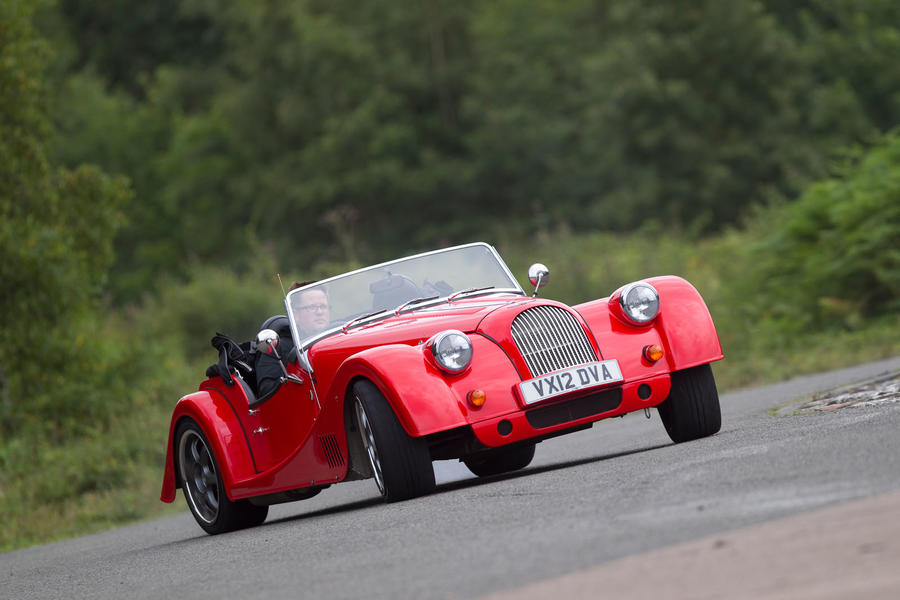 We were mindful of the "aero incident" - Matt Saunders

The Autocar road test team had some doubts about putting a Morgan Plus 8 through a full road test. We’d tried one on an Aero Coupé in 2011, when mechanical failure prevented it from completing our usual battery of MIRA proving ground tests.

Halfway around a lap of our dry handling track, the Aero had simply died. I remember well Matt Prior’s remarkable calm (he’d been driving at the time) when he peered under the cantilevered bonnet and reported that the engine had parted company with one of its mountings, which had in turn caused most of the ancillary systems to fail instantly – and could have meant much worse than a slow, undignified stop for the pair of us.

The Plus 8 did at least complete our day at MIRA, although the lap times it set show pretty plainly where its limitations as an £80,000 sports car lay.

The test highlight? Former road tester Nic Cackett’s summary of the car’s aftermarket stereo, which “would regard your smartphone with the same stony-faced mystification with which a de Havilland Mosquito might contemplate a Hellfire missile.”

A likeable car, but not as good as it ought to have been.