BACK TO ALL NEWS
Currently reading: Porsche 911 Carrera T: pared-back variant on display at LA show
UP NEXT
Reborn BMW 3 Series to usher in new electric era

Performance upgrades and a stripped-down interior take the 911 Carrera T back to basics, for £85,576
Share
Open gallery
Close
Share story

Porsche is showing its recently revealed 911 Carrera T at the LA motor show.

To create it, the brand dipped into the parts bin created for the highly regarded 911 R and more recently unveiled 911 GT3 Touring in developing the latest in a long line of 911 models. T stands for Touring.

Conceived as a back-to-basics model based upon the standard 911 Carrera, the 911 Carrera T revives the puristic approach brought to earlier 911 models, including its 1968 namesake the 911 T, with a stripped out interior and the adoption of a series of performance enhancing features not usually made available on the 911 Carrera in a bid to ramp up its dynamic properties and provide a more visceral driving experience.

Available to order now prior to a planned start to UK deliveries in January, the new 911 Carrera T is differentiated from its standard sibling by a number of subtle exterior styling changes, including an altered front bumper with a more prominent splitter element, grey metallic exterior mirror housings, 20-inch alloy wheels, reworked slats within the engine lid and centrally mounted tailpipes pained in black. 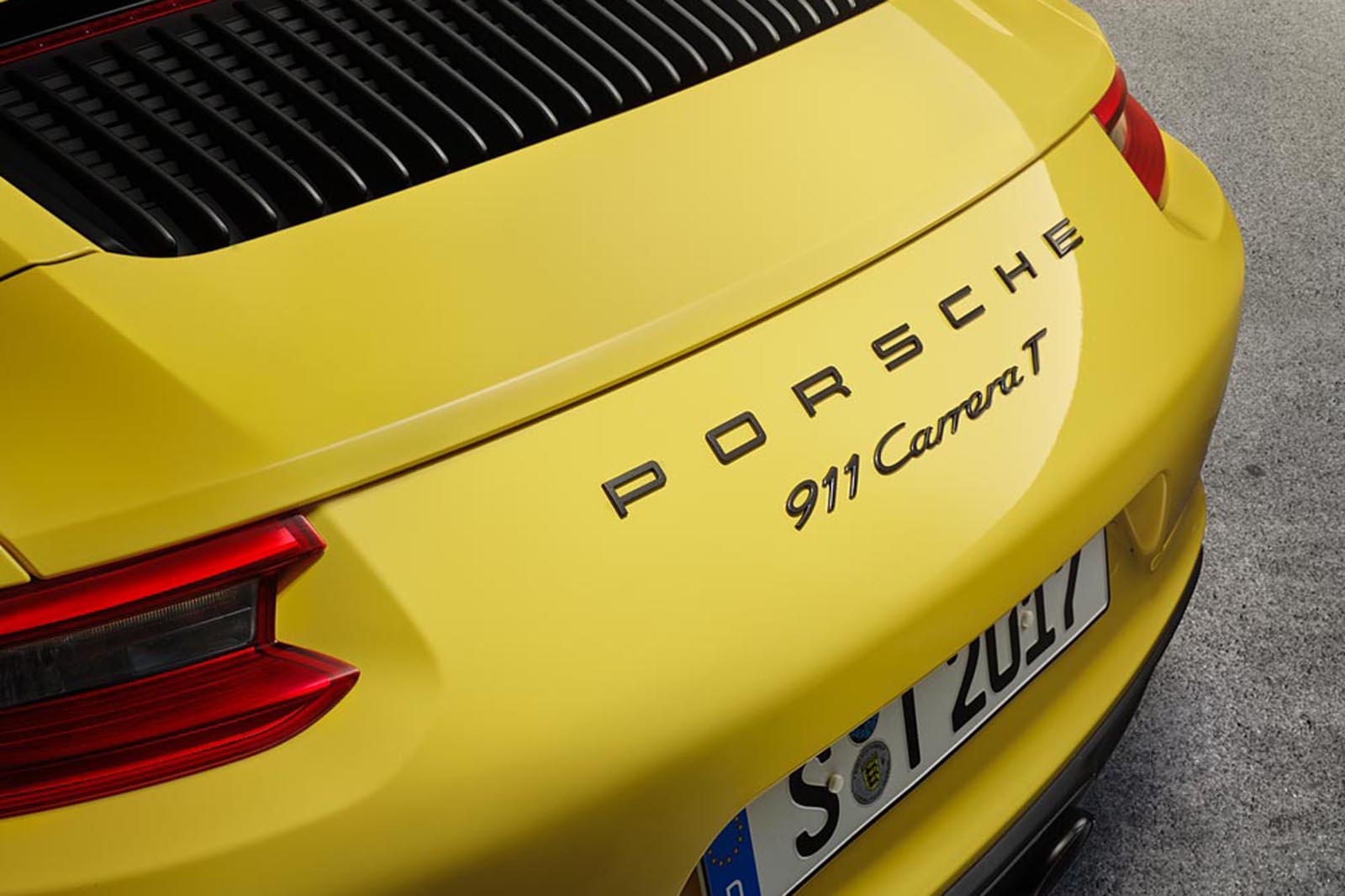 Inside, there is a leather bound GT sports steering wheel, decorative trims on the dashboard, lightweight four-way electronically adjustable seats with so-called Sport-Tex fabric upholstery and 911 logos on the headrest and a shortened gear lever when specified with the standard manual gearbox.

Among the weight saving initiatives brought to the new 911 model are door trims featuring nylon opening loops, lightweight glass for the rear and rear-side windows, a wholesale reduction in sound deadening material within the body structure as well as the deletion of the rear seats.

Despite the focus on weight saving, Porsche has provided the 911 Carrera T with a number of features not available for the 911 Carrera, including a standard PASM sports suspension, which lowers its ride height by 20mm. Buyers can also option the new car with rear-wheel steering. 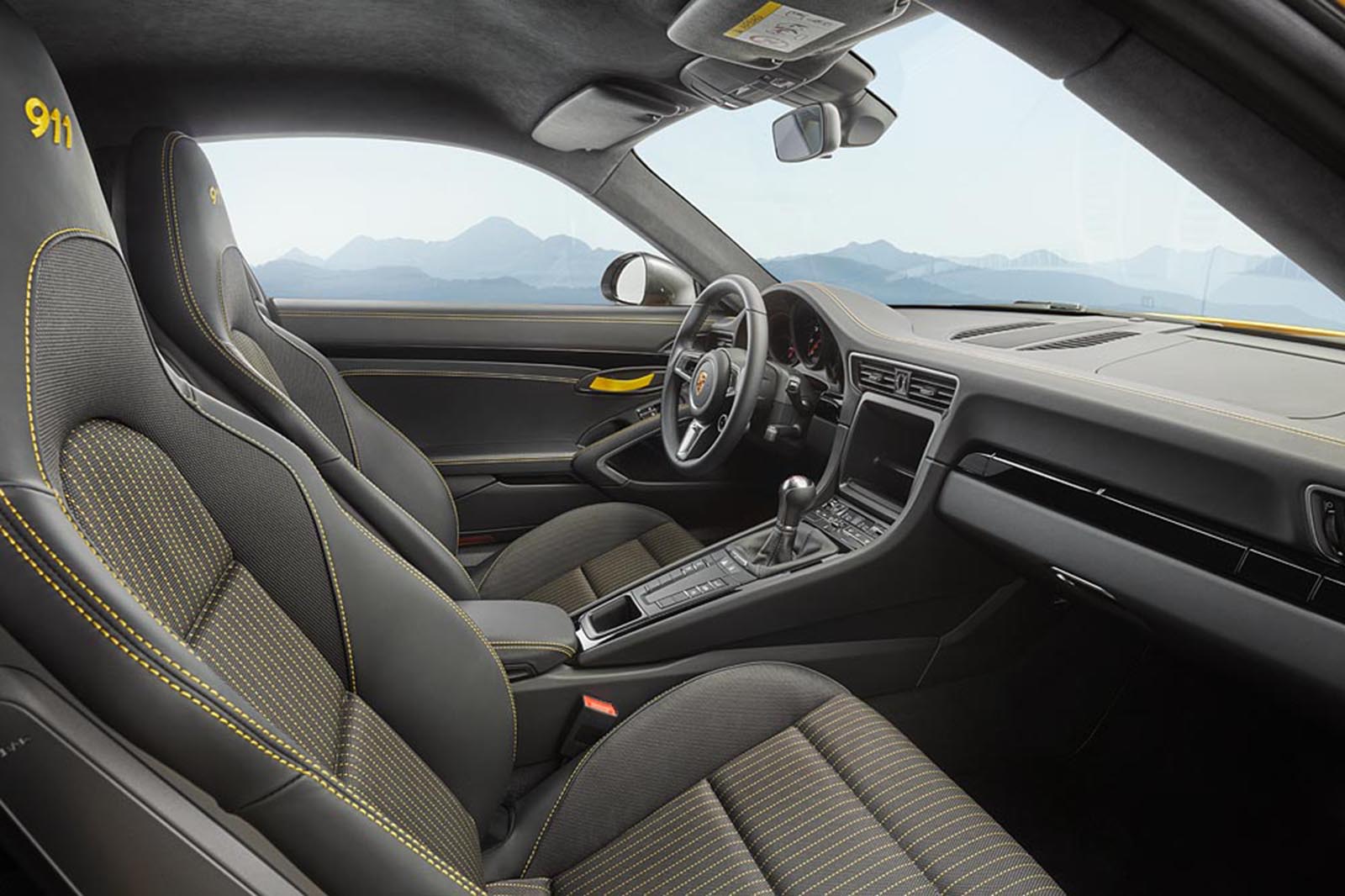 The result is a claimed kerb weight of 1425kg, some 20kg less than the standard 911 Carrera.

The 911 Carrera T is powered by the same turbocharged 3.0-litre horizontally opposed six-cylinder petrol engine as the standard 911 Carrera. It develops 365bhp at 6500rpm, endowing Zuffenhausen’s  new back-to-basics model with a power-two weight ratio of 256.1bhp per tonne. By comparison, its more comprehensively equipped standard sibling boasts 252.6bhp per tonne.

Continuing the puristic theme, drive is channeled through a standard seven-speed manual gearbox imbued with shorter ratios than the unit used by the 911 Carrera as well as a mechanical locking differential to the rear wheels. A seven-speed dual clutch PDK automatic featuring a launch control mode will also be offered from the start of sales. 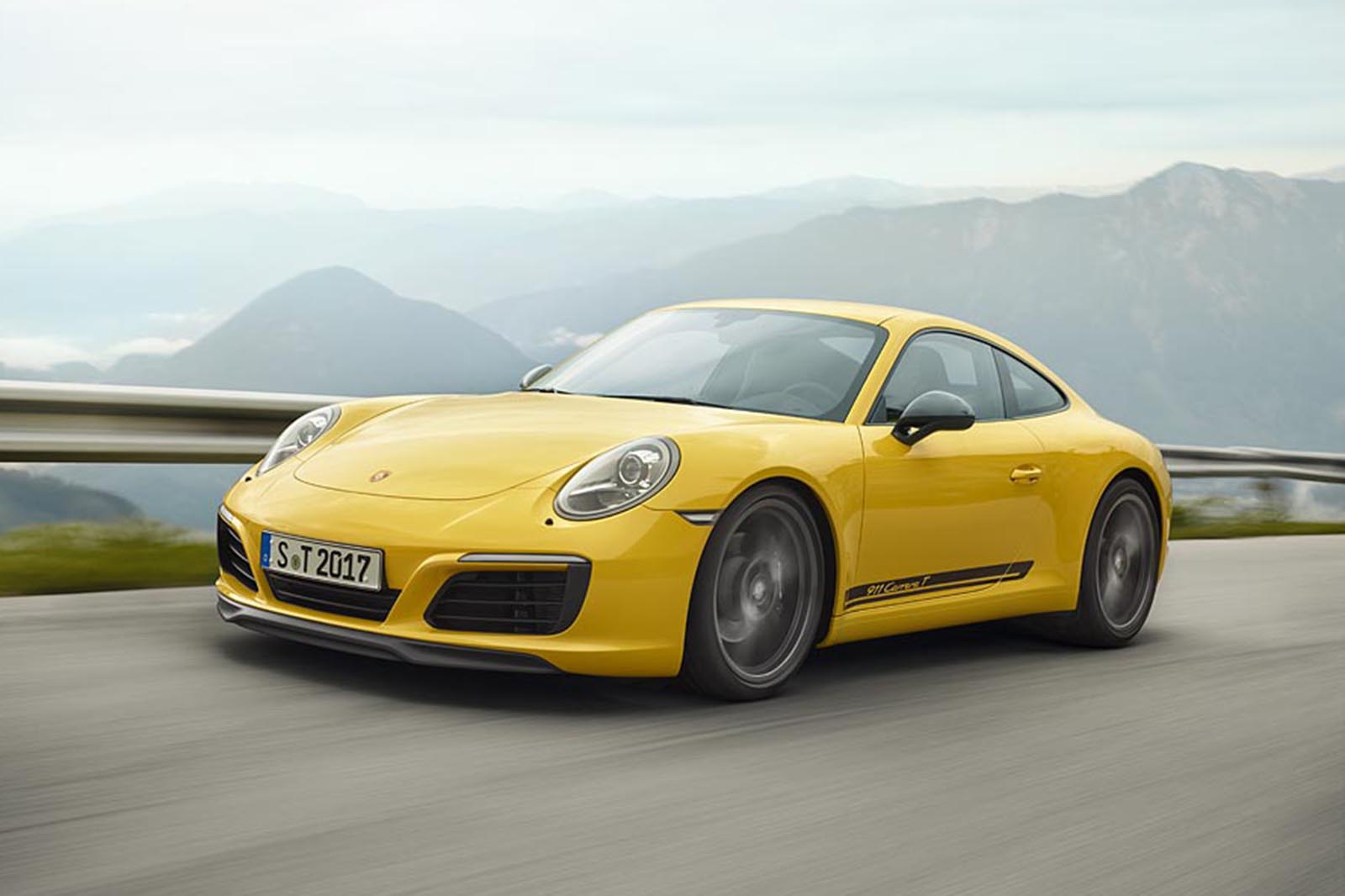 When fitted with the optional dual clutch gearbox the 0-62mph and 0-124mph times drop to 4.2sec and 14.5sec respectively.

Porsche claims both gearboxes provide the latest in a long line of 911 models with a theoretical top speed over 180mph. The model, when on sale, starts from £85,576 in the UK, and deliveries start in January 2018.

Think the lasange I had for tea was a larger weight saving. Agreed more effective marketing. Always amazes me how the fable a fool and their money are easily parted doesn't apply to cars.

I was very sorry to read

I was very sorry to read about the "tailpipes pained in black".  Hope they get better soon.