BACK TO ALL NEWS
Currently reading: Outstanding UK Leaders revealed at 2020 Autocar Awards
UP NEXT
Drawing fire: We talk to BMW's design director

Every year, the Autocar Awards names its Outstanding UK Leaders - the people who have mde a big difference to the companies they work for and the cars they sell. This year we have four: 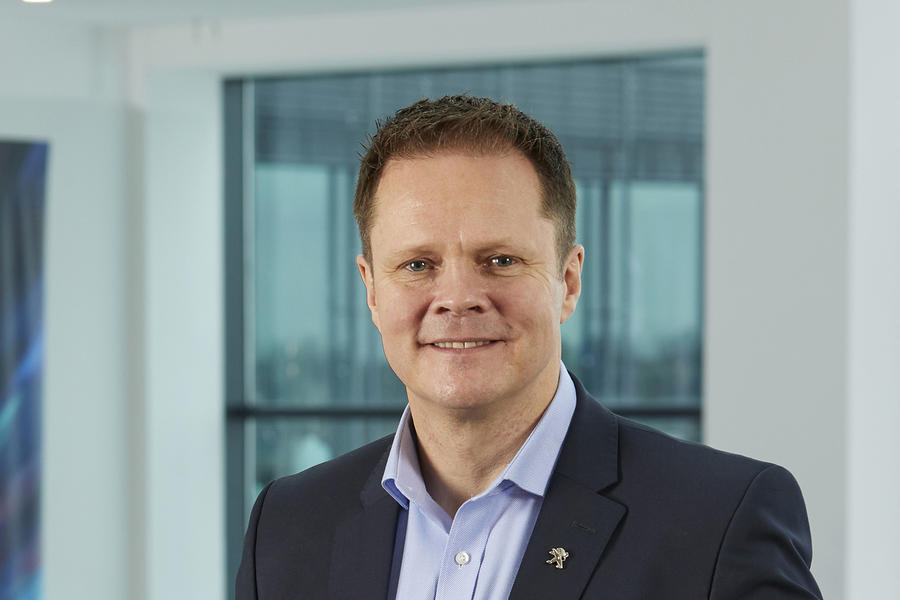 When David Peel was appointed managing director of Peugeot UK in March 2016, the once proud brand appeared to be drifting in the UK, with a mostly average product line-up further let down by poor residuals and at best average dealership performance.

For Peel, a born car nut, salesman and fighter, the challenge was set. With a full appraisal of the product coming down the line from HQ, he set about changing what he could control, taking himself on the road to get his network on side. He was right about the cars, which are much better, but it is the progress he has overseen that earns him this award.

He does so with a personal touch crafted from experience. “I have never thought I was the best or the smartest. All I ever did was treat people – customers, contacts, clients – properly,” he says. “That guides me today.”

Under his straight-talking guidance, sales and profits have both risen, all underpinned by a relentless focus on enhancing residual values. Retailers have a spring in their step again: suddenly, Peugeot is moving up just about every satisfaction survey there is, be it inward-looking or customer-oriented. Its stated goal of being a Volkswagen rival doesn’t seem quite the leap of imagination it did just four years ago.

There’s more to come, of course. Peel talks today about being two-thirds of the way through what he initially set out to achieve, without a hint of resting on his laurels, and fired by his journey from trainee Ford salesman to where he is today. “I want to be here for the long haul,” he says. “I’m proud of what we’ve achieved – but there is still so much more to come.” 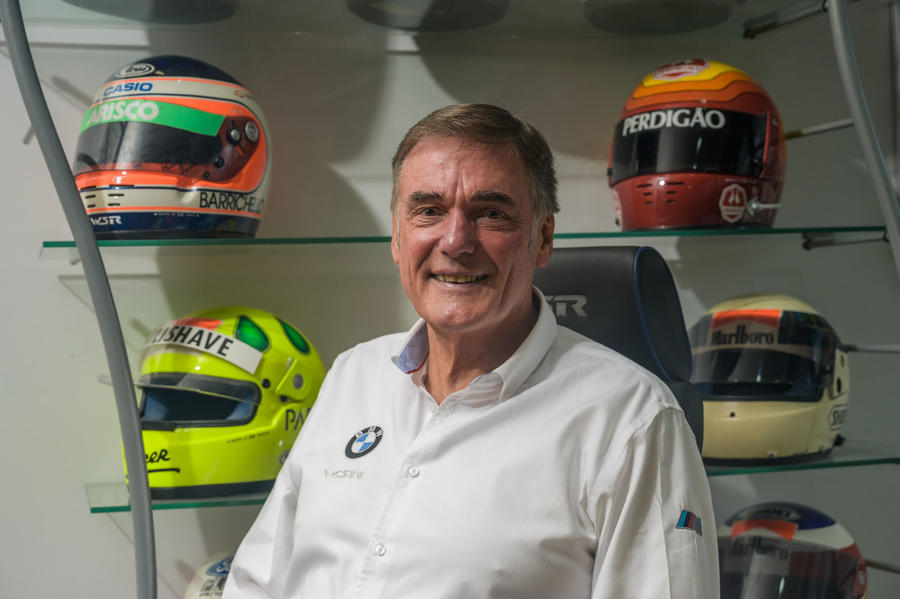 Bennetts rarely stops to reflect on his success, because he simply doesn’t have time. The 73-year-old New Zealander is as busy as he has ever been, with WSR running the official BMW entry in the British Touring Car Championship – and out to win a third straight title.

Having come to the UK to engineer a friend’s Formula Ford, Bennetts worked for Ron Dennis’s Project 4 squad (which soon merged with McLaren) before forming WSR to run Jonathan Palmer in British Formula 3. Palmer’s 1981 title was the first of four, with the team running Ayrton Senna and a host of other future Formula 1 stars.

In 1996, Bennetts spearheaded a bold pivot, with WSR switching to the BTCC to run Ford’s works team. It has remained there ever since, running programmes for Honda, MG and now BMW.

WSR has grown since 1981 yet remains cut in Bennetts’ mould: no frills, no nonsense and no excess, but ultra-professional. The key, he says, is “having a good team around you who get trained well, can do their jobs and fill in skills you need. My background is in engineering, not commercial, business or finance.”

Unlike many in motorsport, Bennetts is also realistic, preferring to keep WSR where he knows it can succeed. “I’m happy in the BTCC. I get invited to do other series, but it adds cost and you need more staff,” he says. “If I was 20 years younger, maybe, but I’m over 70 now. I want to do whatever we’re doing properly." 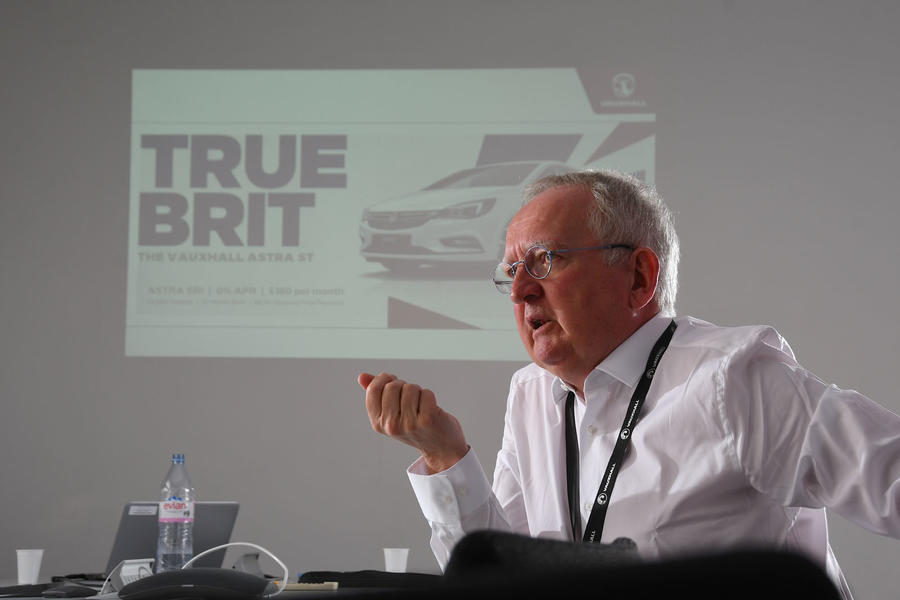 For Vauxhall boss Stephen Norman, good leadership is a practical thing that should bring improvements to a business every single day. Well known for his directness and dynamism in a 43-year car industry career that has taken him into five European companies, Norman took the reins of the UK’s last mainstream car and van maker in early 2018, soon after PSA acquired Opel-Vauxhall from GM.

He was soon winning plaudits from the hard-to-please leaders of his own dealer council for the clarity of his messages, however tough, and had propelled Vauxhall’s business to the edge of profitability – after 20 years of losses – as Covid-19 struck.

He was also well on the way to achieving the tough target set by PSA boss Carlos Tavares of a “double-digit” UK market share when the difficulties intervened. His rapid response to the threat was to set up a central telephone-selling operation and he became so passionate about it that he volunteered to man the phones himself for two hours a day.

“Frankly, he can be a pain in the backside,” says one associate. “But he’s the best boss I’ve ever had. He’s direct and open, listens to opinions, acts young and believes in young people because they’re the future. Most of all, he hates the status quo. He wants things to be better every day.”

Norman is tigerish when it comes to fighting his company’s corner. His ‘New Rules Britannia’ advertising has boosted Vauxhall’s brand image and moved its vehicles onto more buyers’ agenda. And he believes that, post-virus, there will be a decline in buyer preference for ostentatious vehicles in favour of more mainstream models, like Vauxhalls.

Car dealerships will remain vital, he says, but “gin palace” dealerships are “already on borrowed time”. 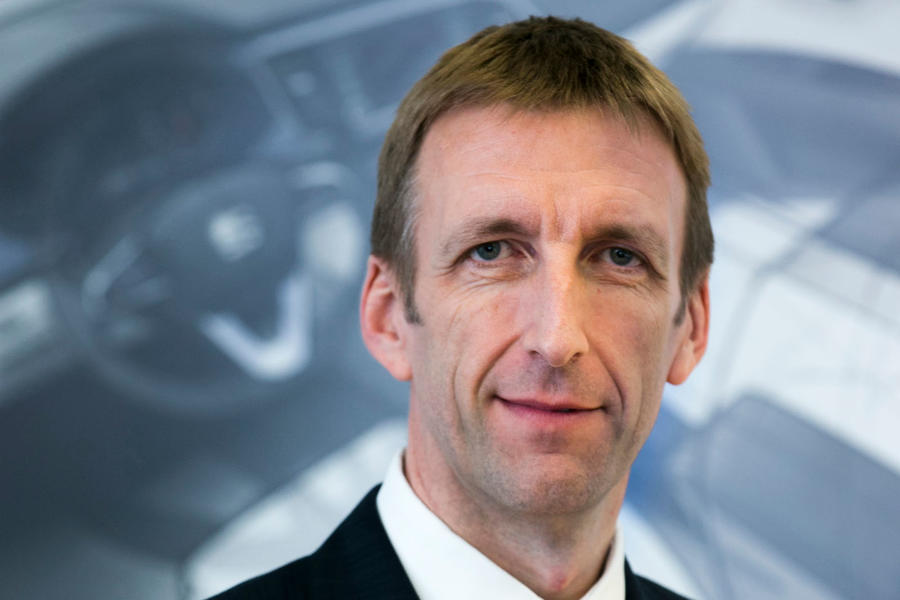 When Richard Harrison, managing director of Seat UK, won this award two years ago, the Spanish brand was already firmly established as a car maker to watch, with rapidly growing sales and appealing models.

The past two years have only reinforced that: the brand now has products in over 80% of segments and sales grew by 9.4% in 2019 – a figure very few can emulate, given the difficult market – resulting in a market share of 2.98%.

“The great products have kept coming,” says Harrison. As well as completing its SUV range, Seat has launched Cupra with the Cupra Ateca – “it’s added much-needed spice into the SUV segment” – and the Mii Electric. Next up is the fourth-generation Leon, which will also launch Seat’s plug-in hybrid offering. There have been growing pains: Harrison cites long delivery times, an issue now resolved, and the speed at which retailers have needed to adjust: “Some of our smaller retailers outgrew facilities quicker than we could expand their capacity.”

When he first took up the role in 2015, Harrison said his goal was to reach 3% market share. Now that’s practically achieved, what next? “Once you get to that market share, your cars are everywhere. They are now probably my biggest marketing asset as well as customers spreading the word. I’m not in a big hurry to hit 4% or 5%. We’ll get there when we get there because we have a solid business that we need to nurture.”

While he navigates post-pandemic waters, Harrison is preparing for Seat’s first stand-alone EV, the El-Born, and more Cupra plans: “El-Born will be a game changer. I also see huge potential for Cupra. It’s not about driving huge volumes but offering a genuine alternative to more traditional premium brands.”

Always interesting to see the diverse winners of the Autocar middle-aged-white-bloke awards.

All of those "awarded" voted Remain. And all voted for candidates OTHER than Torry.

The people that make the vehicles we buy to drive, belong to the side of the Aisle that wants to eliminate Democratised Transportation; under the guise of "It's best for the Environment" rubbish