BACK TO ALL NEWS
Currently reading: West Surrey Racing: the team behind BMW's BTCC success
UP NEXT
Testing the UK's newest circuit in a Porsche Cayenne Turbo GT

It began as a successful Formula 3 team, then a top BTCC outfit and now runs the dominant works BMWs. We pay a visit
Open gallery
Close

Everywhere you look in West Surrey Racing’s Sunbury-on-Thames base, there are trophies. While many are nicely displayed surrounding a 1981 Formula 3 car in a welcome room, there are some in reception. In a cabinet on the staircase. In meeting rooms. In corridors. Balanced along the wall supports of the main workshop. Yes, there are a lot of trophies.

Dick Bennetts, the engineering ace who founded WSR in 1981, is proud of his team’s trophy collection – although he quips, semi-jokingly, that he’d rather the British Touring Car Championship hand out prize money instead. Still, all this silverware represents his team’s remarkable 39-year history, as a dominant force in British F3 and now as the multi-title-winning standard-bearer in the BTCC.

Arriving in Britain from New Zealand in 1972 to spanner his friend David Oxton’s Formula Ford car, Bennetts worked his way up through the engineering ranks to briefly work for McLaren in Formula 1 before switching to run Ron Dennis’s British F3 team in 1980, helping Stefan Johansson secure the crown.

Dennis shuttered his F3 team the following year to focus on F1, with the title-winning Ralt chassis sold to businessman Mike Cox, who backed rising star Jonathan Palmer. But with the young Brit struggling in testing, Bennetts was called in to help in a test. He fiddled with the settings, Palmer lapped faster than Johansson ever did and Bennetts found himself setting up a team of his own. Despite a tiny budget (“If JP knew the lengths we went to repair things on a shoestring…”), Palmer won the title.

WSR has barely stopped winning since then. It ran Ayrton Senna to the championship in 1983, before further titles with future F1 stars Maurício Gugelmin (1985), Mika Häkkinen (1990) and Rubens Barrichello (1991).

WSR took a major change of direction in 1996, when Ford was looking for a new team to run its works BTCC team, and driver Paul Radisich helped persuade his fellow Kiwi to take it on. “After 15 years in F3, I just wanted a change,” says Bennetts. It was a tough start at the height of the Super Touring era. Ford’s plans to have a new car built fell through, leaving WSR to source Ford Mondeos from Germany, which had to be converted from four-wheel drive to front-wheel drive. “They were unreliable and uncompetitive,” says Bennetts. “I thought about going back to F3. But we stuck with it.”

It took until 1998 for Will Hoy to score WSR’s first BTCC win, but such perseverance paid off. Two successful years running the works Honda team followed in 1999 and 2000 (the last for the Super Touring class), before a stint as the works MG team in the early years of the short-lived BTC class. In one of motorsport’s oddest endorsement deals, WSR also ran the short-lived Team Atomic Kitten operation in 2002, with a line-up including then BTCC rookie Colin Turkington. 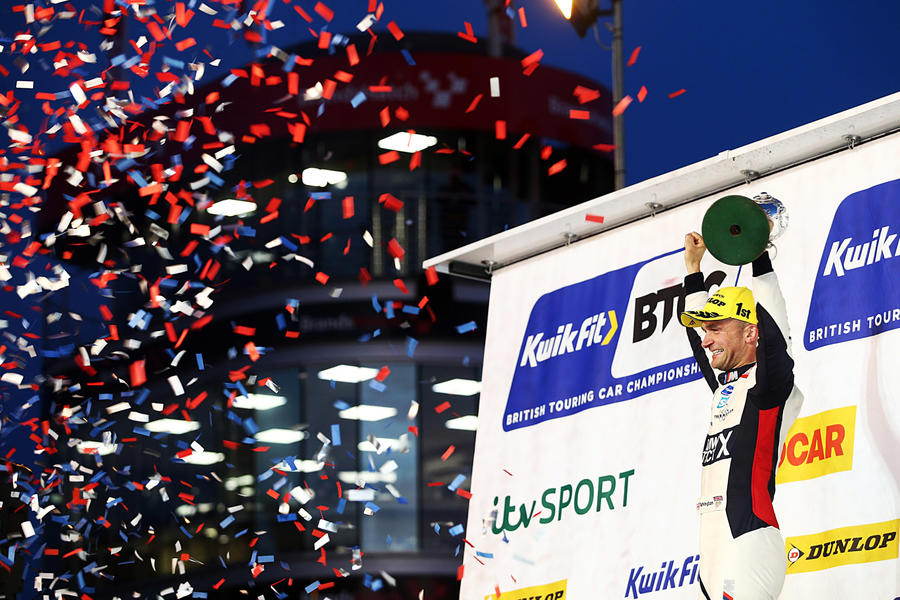 WSR lost its MG backing for 2004 but continued to run a privateer MG Motor ZS team, eventually securing title sponsorship from RAC. “At the end of 2006, RAC’s marketing director asked us why we were racing a car you couldn’t buy,” Bennetts recalls, “and we explained that it was all we could afford.” In response, RAC helped the team buy a pair of E90-generation BMW 320Si tin-tops. “I thought about buying some ex-works Vauxhalls, but you can never compete against the team that builds them,” he says. “We took a gamble and flew to Germany. The BMW brand name sounded great, especially with what they had done in the past. It was a gamble to switch from front- to rear-wheel drive, but BMW Motorsport came and helped us with an early test and we’ve never looked back.”

Turkington claimed the team’s first BTCC title in an E90 in 2009, subsequently taking further championships in 2014 and 2018 in the 125i M Sport and last year in the new 330i M Sport. However, it hasn’t been simple: RAC pulled out after 2009, leaving the team without the funding to run Turkington. But a cold call from eBay Motors resulted in a small sponsorship deal, which grew to title sponsorship in 2013.

WSR pressed on and in 2017 secured official support from BMW UK. Most impressively, the team has been consistently near the front – a tough challenge in the ultra-competitive BTCC. “If you dominate, you just get your engine boost turned down,” explains Bennetts. So what is the secret to sustained success?

“You can keep spending, but you have to draw a line. The only method of balancing in the BTCC is engine boost. If you’re quick in the corners, they still turn your boost down, so then you suffer at top speed. You can spend money making an aerodynamic car that’s quick in corners, but go too quick and you lose that advantage.” 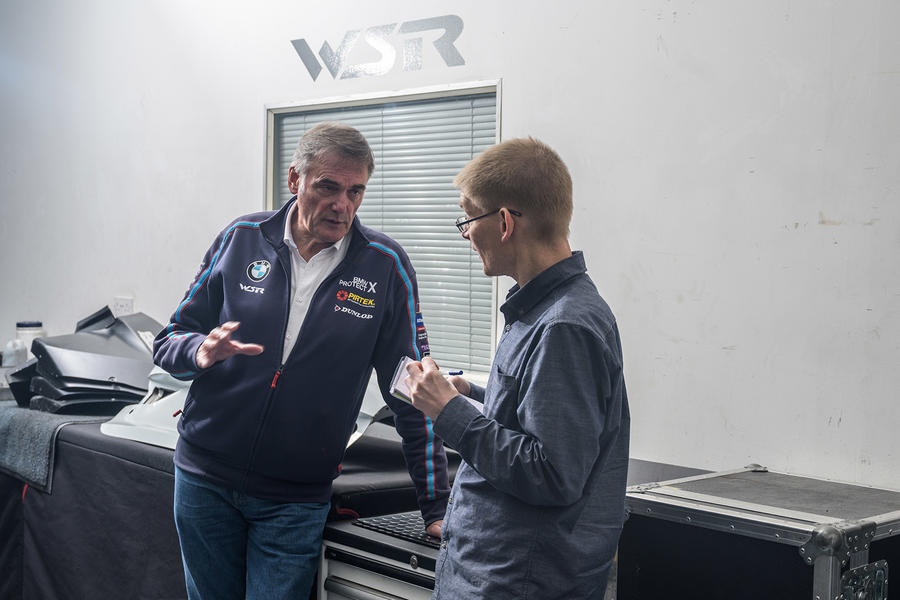 For Bennetts, the key is preparation. “You’ve got to be ready for all conditions,” he says. “If it looks like it might rain, change the cars to a halfway set-up. It might cost 0.2sec a lap if it stays dry, but being on a dry set-up costs more if it rains.”

Experience helps: WSR’s 12 full-time staff, which expands to 27 with contract mechanics on race weekend, includes several who have been with the team for decades. “We have full-time number one and number two mechanics per car and dedicated data race engineers and tyre and fuel men per car,” says Bennetts.

While budget constraints meant Turkington hasn’t spent his entire career with WSR, this driver-team pairing has become one of the most successful in BTCC history. Bennetts says: “He’s part of the family. It’s great, but also a problem in some ways. We’ve had drivers speak to us who think Colin gets favouritism. He doesn’t: he gets equal treatment, but he’s so methodical, detailed and focused. He’s 100% a professional racing driver.

“We pride ourselves on equal treatment, because then the best man wins. If we develop a new part and there’s only one, they’ll take turns testing it. If it’s good, we’ll make five: three cars, two spares. The drivers get data overlays of every session. Not happy with your engine? We’ll swap engines. We did that halfway through last year. We give them cars capable of winning, then it’s up to them to do the job.” 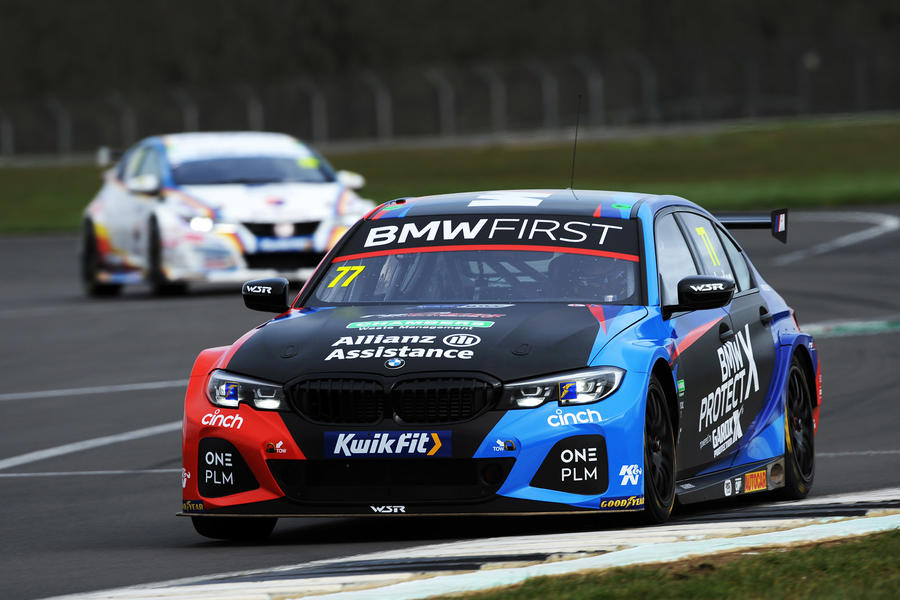 Last year was perhaps WSR’s finest yet, with Turkington and 2013 champion Andrew Jordan finishing first and second in the points, together taking 11 wins from the 30 races. And that was despite the team facing a race to simply get the new 3 Series on track on time.

“The road car only launched in the UK at the start of March,” recalls Bennetts. “We were struggling to get shells before that. We went to a showroom to see the car and didn’t get the shells until the end of November. Before that, we just had to look at the layout and bodywork and work out how to do the aero balance, geometries and so on.”

The team finished the three race cars (it also runs Tom Oliphant) in time for just two days of pre-season testing. Yet in a series in which it normally takes half a season to dial into a new car, it immediately set the pace. And, Bennetts notes with pride, the team didn’t have a single mechanical failure during the season. “You do your homework and it pays off,” he says.

The drivers helped, with Bennetts saying that Turkington and Jordan “really push each other. Without us developing the car they’re always pushing, pushing, pushing. The beauty of having two quick guys is neither can afford to rest.”

But after WSR took nine wins in the first 15 races, the opposition, helped by some boost tweaks, caught up. That led to the incredible season-finale at Brands Hatch, where Honda’s Dan Cammish nearly snatched the crown. Turkington’s healthy points lead was erased after a controversial tangle with Matt Neal, Cammish’s team-mate, in the second race. 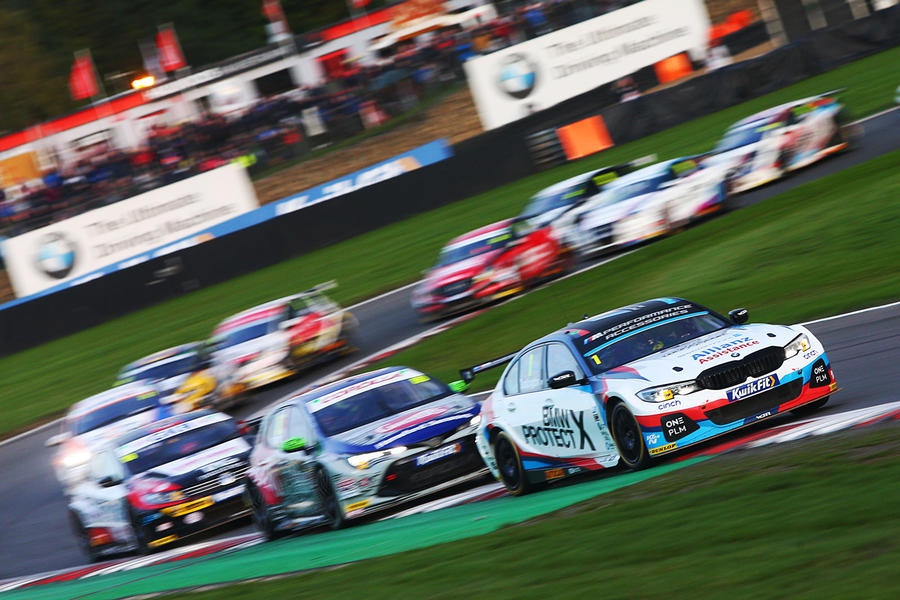 “I’ve never seen Turkington so emotional,” says Bennetts. “He thought he’d lost it. We had a chat after race two, and I said ‘It’s gone, mate’.” Except it wasn’t: Turkington staged a mighty charge from 25th on the grid to sixth, and when Cammish suffered a brake failure, that was enough to win the title by two points. “It was heart-attack material for me,” chuckles Bennetts.

Jordan was also right in the mix, with fourth place enough to give him second overall on a tiebreak with Cammish – despite missing two races at Donington Park after a car-destroying shunt.

“We’d never had a one-two in the championship, so it was fantastic,” says Bennetts. “I felt sorry for AJ, because if he’d finished those races, he probably would have won – and then I’d have felt sorry for Colin.” Both Turkington and Jordan will be among the favourites for the 2020 BTCC crown, but Bennetts knows it could be tougher still to win a fifth title. Still, WSR will doubtless be at the sharp end of the grid again, with more race wins likely to add further to its trophy haul. They just need to find somewhere to put them…

Unquestionably, West Surrey Racing’s most famous alumnus is triple world champion Ayrton Senna, who claimed the British F3 title for the squad in 1983.

His talent was clear from the start. “Everyone expected him to win that year, including us,” recalls Bennetts. “When he got in our 1982 car, he didn’t touch the set-up and just flew in it. He tweaked the wing and was on the pace. Quicker than the pace.

“At the end of that year, he did the Macau Grand Prix and just blitzed everyone. It was the first year F3 had run there, but he didn’t even walk the track like over drivers. He arrived late, hopped in the race car and was setting the pace.”

WSR later ran double F1 champion Mika Häkkinen. “His driving talent was unbelievable,” says Bennetts. “I always joke that he could drive a car with three wheels on it. Just raw talent – but he couldn’t give you feedback like Ayrton.”