MD Stephan Norman says next crop of Vauxhall superminis will be fully electric, including the Corsa line
Open gallery
Close

The next sixth-generation Vauxhall Corsa is likely to be electric-only, according to the brand’s boss Stephen Norman, who also revealed he had no fears the impending PSA Group merger with FCA would have an adverse impact on Vauxhall.

The fifth-generation Corsa has just been launched, and itself is available with an 203-mile electric option alongside petrol and diesel alternatives.

Norman was emphatic when asked if the Corsa name could be used for an SUV instead of a hatchback in the future. “Absolutely not,” he told Autocar.

“With electrification, B-class and possibly even A-class segment cars will become more relevant.

“The next generation superminis, including the Corsa, will be all-electric. I truly believe that.”

But with small cars traditionally popular in big cities, charging infrastructure has regularly been cited as one of the major problems facing mainstream uptake in EVs - particularly how people living in blocks of flats can feasibly charge their electric car when on-street parking is the only option.

But Norman believes once governments decide to fully embrace infrastructure and put funding and schemes in place then progress will greatly accelerate.

“There will be a tipping point,” Norman said when asked about charging infrastructure. 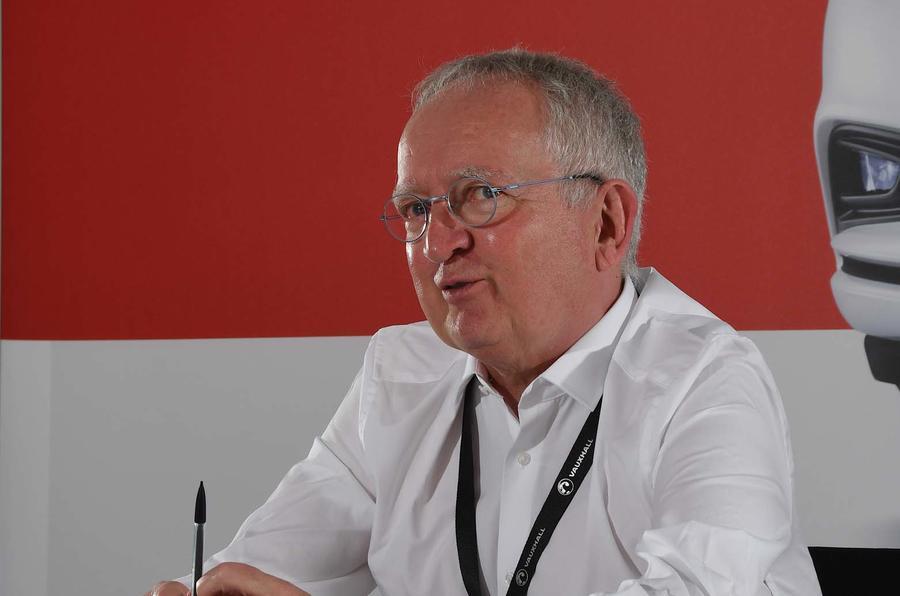 “When a decision is made it will happen unbelievably quickly. In 2025, no manufacturer will be making petrol or diesel engines.”

The fifth-generation Corsa faced a rushed development process, going from concept to the public road in just two-and-a-half years. This was due to the takeover of Vauxhall by the PSA Group.

Part of the rush was because if Vauxhall had not released a new Corsa and left the fourth-generation model on sale, the brand would have had to eventually pay royalties to General Motors - the owner of the brand when the previous Corsa was created. It is thought GM had no plans for a fifth-generation Corsa of its own. With the ready-made CMP platform from the PSA Group which the new Peugeot 208 and DS 3 Crossback were built on, Vauxhall decided to press ahead with its plans for the Corsa using the same platform.

Norman ruled out bringing out an off-road styled variant of the Corsa in the same vein as Ford has done with the Fiesta Active. The new Mokka X - in Norman’s words the “first sexy Vauxhall for 50 years” - will instead provide the alternative for buyers after a jacked-up, style-focused small SUV.

Vauxhall is in the midst of negotiations about merger between its parent company, the PSA Group, and FCA.

Norman confirmed talks were ongoing and a Memorandum of Understand is set to be signed by the companies in December. Norman believes Vauxhall won’t be troubled by it.

Norman also added that the merger could be a lengthy process, with PSA Group boss Carlos Tavares telling colleagues it could take another 12 months after signing the Memorandum of Understand in December for things to be made clear.

I get a bit fed up with car bosses moaning about the lack of charging infrastructure. What exactly has Vauxhall/PSA  done to help. As far as I know only Tesla has invested anything substantial , with VW doing a deal with Tesco as a small gesture.

All credibility was lost with this utterance:

The era which has had

And he picks out the Mokka?

I think he's talking about the new one that's due out soon.

Yes, ofcourse he said, cause you were there to listen smh.