BACK TO ALL NEWS
Currently reading: New Range Rover Evoque gets top marks from Euro NCAP
UP NEXT
Alfa Romeo aims to double production with new image

The new Range Rover Evoque has been awarded the maximum five-star safety rating in the latest round of tests by Euro NCAP,

The British-built SUV, which moved into its second generation earlier this year, achieved significantly higher ratings for adult and child occupant protection than the original model received in 2011, even against a tougher testing regime. 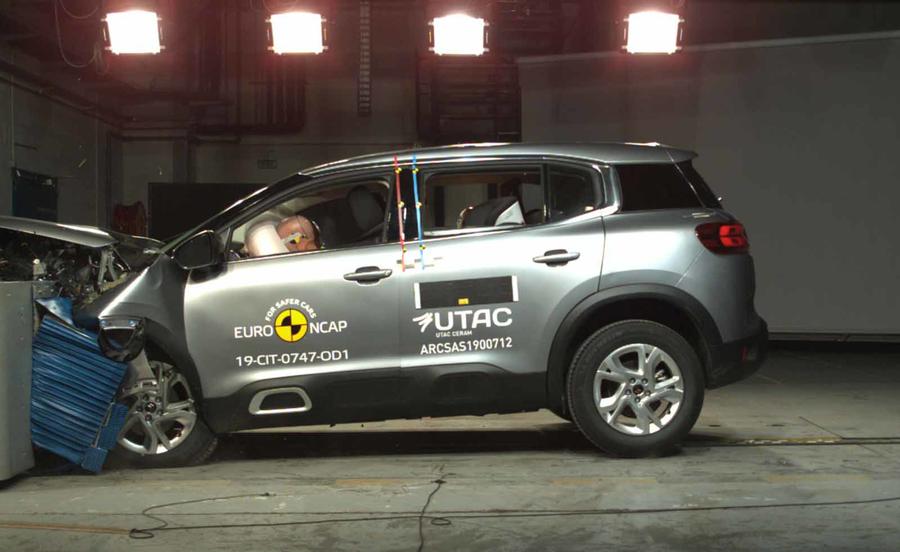 Alongside the Evoque, Euro NCAP tested the new Citroën C5 Aircross. The Seat Ateca-rivalling SUV scored four stars for entry-level European spec models, but all UK cars receive the maximum score as they are fitted as standard with the Safety Plus Pack, which adds a radar sensor to the existing front-facing camera to improve the performance of the automatic braking system and enable detection of cyclists.

Praising car makers for rapidly pushing such systems to market, Euro NCAP's general secretary, Michiel van Ratingen, said: "It's good news that some of the basic driver assist technologies will finally be mandated from 2022, but thankfully most vehicle manufacturers are already way ahead of the curve today.”

Late to the party!

all we’re missing is someone to come along and tell us how wonderful their dad’s Hyundai or KIA is ;)

Having said that, a 5 star Euroncap rating is not newsworthy enough to be worth writing a story around.

Facts are stubborn but stats are pliable.

Funny how the marketing world works.

"Land Rover Evoque has been awarded 5 stars by NCAP" and you think this must be a very safe car.

And then someone points out most new cars which go thru the NCAP test are awarded 5 stars and you think the Evoque is merely  average.

And then they point out other small SUV's such as Q3 and the much cheaper T-Roc better the Evoque in the individual results of the test and you think the Evoque is lagging behind on safety.

Is this really a newsworthy story or a Land Rover advert in disguise ?

Sabre - do you own a

new Evoque? Or just have a negative opinion of all JLR cars?