BACK TO ALL NEWS
Currently reading: New Peugeot 2008 spotted winter testing
UP NEXT
Rodin FZero: V10 weapon aims to be world's fastest car

Peugeot will follow up the imminent launch of its new 208 supermini with a new Peugeot 2008 crossover, due to be revealed in the autumn.

The first spy images have emerged showing a disguised prototype undergoing cold-weather testing. Even with the camouflage, it's clear that the new 2008's design is heavily inspired by that of its larger Peugeot 3008 sibling - so much so that many thought it might be a facelifted version of that car.

But despite the striking similarities, the car's proportions – in particular its significantly lower roofline – show that it is, in fact, the smaller SUV. The prototype appears to have a longer wheelbase than today's 2008, too, afforded by the adoption of the new, flexible CMP platform developed in conjunction with PSA's Chinese partner, Dongfeng. 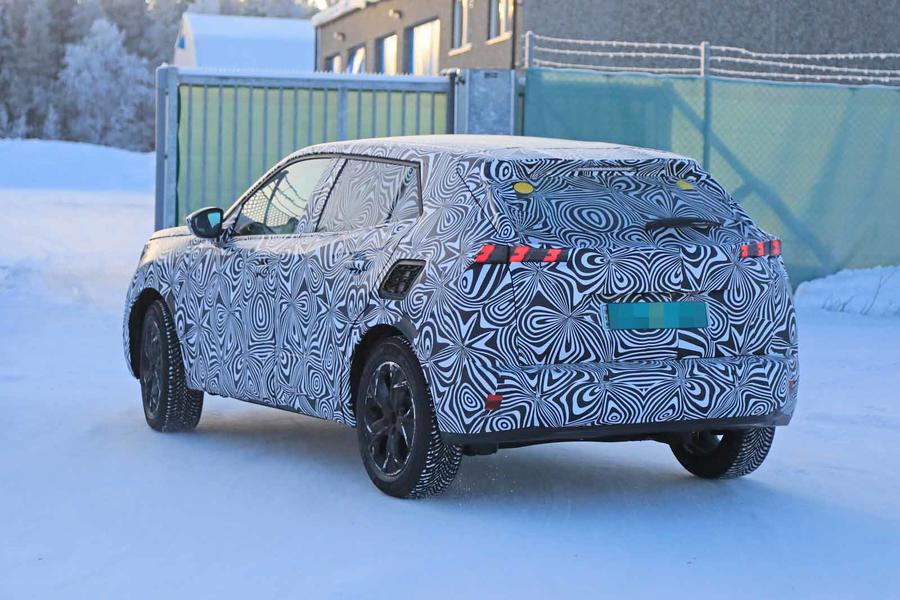 As a result, interior space is expected to increase, while the interior will adapt the design and technology showcased by the 3008. The 'iCockpit' cabin concept will move to the latest version, retaining a small steering wheel but featuring digital dials on most variants, alongside a new centre console that's focused towards the driver.

The most significant change brought about by the new platform is that Peugeot will offer the 2008 as a fully electric model for the first time. Expected to be launched in early 2020, not long after the conventional petrol and diesel variants, the electric version follows on from the platform-sharing 208 and will adapt that car's electric motor and lithium ion battery pack.

Details of the electric 2008's range and performance haven't yet been revealed, but the petrol versions will make use of Peugeot's turbocharged three-cylinder Puretech motor in different power outputs. Diesel is still likely to feature, despite declining sales of oil-burners across Europe. More details will be revealed near the car's official unveiling, which could be at September's Frankfurt motor show.

Some motoring journalists have praised the Rifter for having a better version of the i-Cockpit, with seperate climate controls. I wonder if Peugeot will have the guts to adopt this safer layout for a non-commercial vehicle, at the risk of offending those who are obsessed with touch screens?

Yeah, how is it a rival to