BACK TO ALL NEWS
Currently reading: New Peugeot 208: first images leak out ahead of full reveal
UP NEXT
Are disabled people being left behind by electrification?

New Peugeot 208: first images leak out ahead of full reveal

Official images of Peugeot's new 208 have been posted online, days before the reveal is due to occur, showing electric model plugged in
Open gallery
Close

What appear to be official press shots of Peugeot's all-new 208 supermini have leaked online, days away from the car's unveiling.

The images, leaked onto a French automotive news site, show the front and rear design of the car and give a glimpse of the interior. They reveal that the new 208's design takes inspiration from the 508 and 3008, with distinctive 'fang'-like LED daytime running lights and a wraparound rear similar to the brand's SUV.

The interior again borrows much from the 208's larger siblings, with a large central touchscreen and piano-key shortcut buttons, plus a digital instrument display.

The Renault Clio rival, which will make its public debut at the Geneva motor show in March, will be the first supermini to be sold with petrol, diesel and electric powertrain choices. 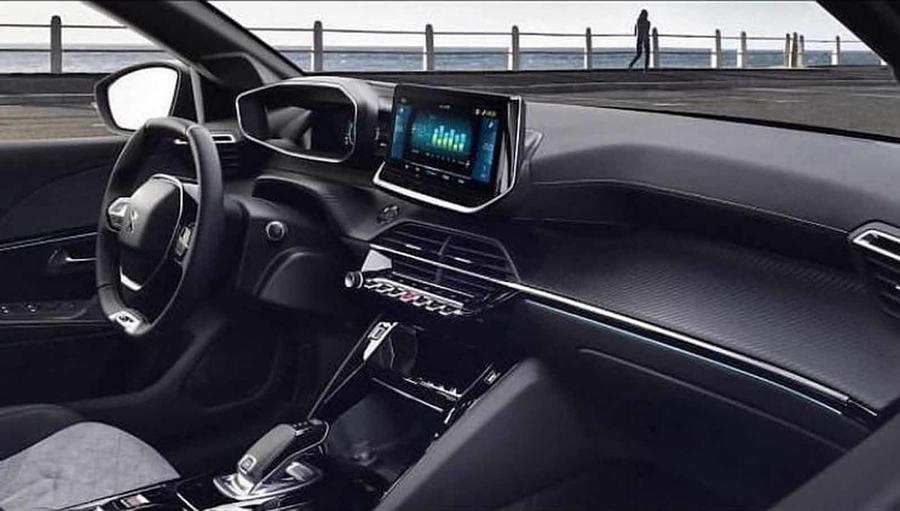 The launch of the new 208, originally mooted for last year, was pushed back until this year. The PSA Group has been prioritising the expansion of the DS brand, alongside a new range of Peugeot SUVs with the 3008 and 5008, plus an all-new 2008 that's due next year.

Under the skin, the new 208 is the second car to utilise PSA’s new CMP (Common Modular Platform), after the DS 3 Crossback small SUV. As well as offering improved space and packaging, the platform has been specifically designed to accommodate an electric version (called e-CMP) alongside a range of turbocharged petrol engines and, despite falling sales, a diesel option. 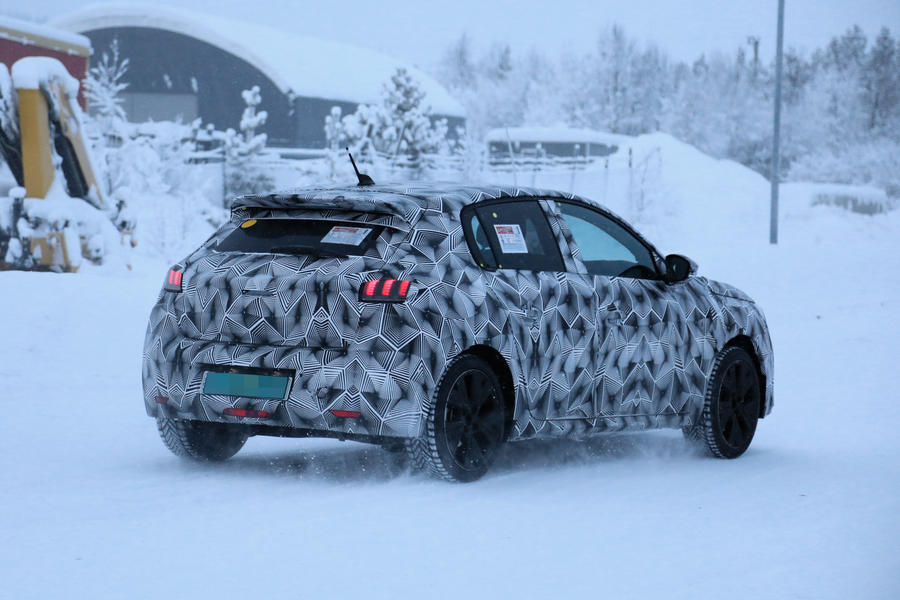 It means that the electric 208 will require minimal changes over the standard variant to accommodate an electric motor, while the battery pack won’t take up any additional space in the cabin. Details of the powertrain’s performance are still under wraps, but a range of more than 300km (186 miles) is promised.

While the electric 208 could in theory be launched alongside the standard supermini, it’s expected that the variant will go on sale slightly after the combustion-engined versions.

The new 208 will also benefit from an interior overhaul that takes inspiration from cars such as the new 3008. The range of driver assist, infotainment features and connectivity tech will be boosted, while it could be one of the first small cars on the market to be offered with semi-autonomous driving features.

A 208 GTi is also on the cards as a future variant, but it won't arrive for some time. Rumours suggest it could be offered in electric form, allowing customer interest to decide how quickly Peugeot will introduce further electric models. That will depend on how well the standard 208 EV sells, though.

Well Peugeot have hit another

Well Peugeot have hit another home run, they cant seem to do anything wrong at the moment, the stupid comments about i-Cockpit and just that STUPID, the whole point is to make the car safer, easier to see the instrument panel, and as for that interior, it is a small 508 cockpit, and thats an amazing car - I saw this 208 without padding etc a month ago in Paris, where they were taking pictures, there was a stunning dark red one, as well as blue and they had the two tone front/rear version there too, as long as it drives great, which to be honest all Pugs do these days, then the Vauxhall version with its, plain front and hideous new headlight arrangement, will do very well.

On first glance it looks good, very good. Peugeot are producing some genuinely interesting and individual cars. But, on closer inspection I can't see any separate climate control buttons and the steering wheel isn't round. Why do good looks have to come at the expense of usability?

ooooo The sterring wheel is

ooooo The sterring wheel is not round, well, i suggest you look at a couple of dozen other brands they too have flattened bases too, and it works very well, a nice chunky wheel, that you can slide underneath, where as on some cars, Like MINI's those who are of a larger height struggle to get in, so again, Peugeot have hit a home run, thinking about the issues and getting rid of them, and the comment about buttons for climate, well, virtually all brands now put them on the touch screen, so stop trying to stir it up when there is nothing to comment about........