The second-generation Nissan Leaf electric car can now be ordered in Britain, with prices starting from £21,990 for the entry-level Visia model.

That price includes the UK Government's £4500 grant for zero emission vehicles. Also taking the grant into account, the Acenta model costs £24,290 and the N-Connecta model costs £25,990. Top of the range is Tekna, which starts from £27,490 once the grant is applied.

Available with the new Leaf is a limited-run Zero model, which is priced from £26,490 (including the government grant) and is only available in 1500 units.

UK reservations opened on 1 January, soon after the order total in Europe surpassed more than 10,000 cars. First UK deliveries are due in February.

Click here for our review of the new Nissan Leaf 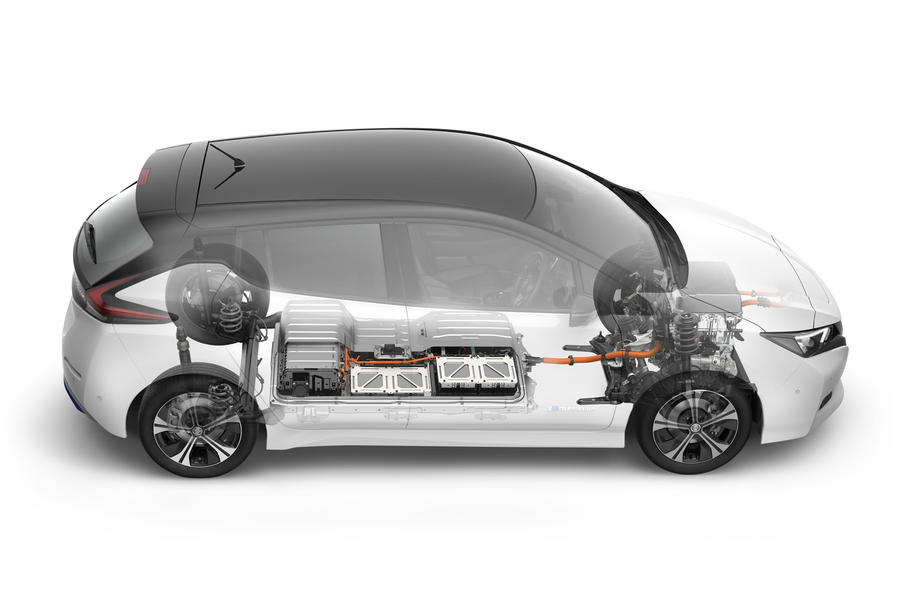 The Leaf is already the world’s best-selling all-electric car, with more than 283,000 units produced for the previous model. But Nissan has heavily reworked the new car to take on increasing competition in the fast-growing electric vehicle sector. The new Leaf is powered by a 147bhp motor – 40bhp more than the previous car – that produces 199lb ft. It can achieve 0-62mph in around eight seconds – just over three seconds faster than the current car.

In the new Leaf is a floor-mounted 40kWh lithium-ion battery – compared with a choice of 24kWh and 30kWh batteries in the old car – and Nissan says it has a New European Driving Cycle (NEDC) range of 235 miles on a single charge. That’s 80 miles more than the outgoing range-topping 30kWh battery and 111 miles more than the entry-level Leaf.

Due to feedback that the old Leaf’s distinctive style wasn’t popular with some buyers, Nissan has given the latest model a substantial makeover that echoes the new Micra. The exterior design has been refined in a wind tunnel to reduce wind resistance and increase efficiency. 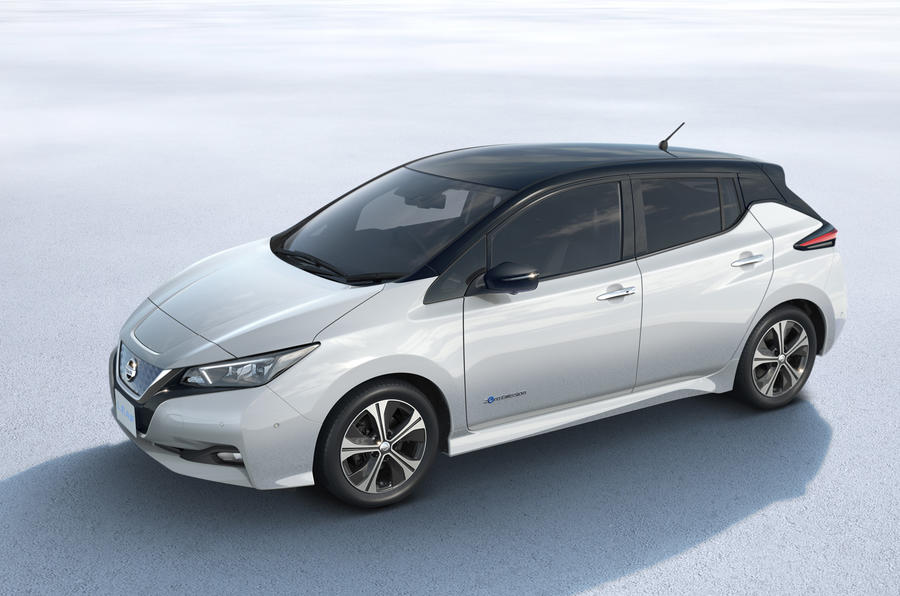 The new Leaf is the first model sold in the UK with Nissan’s ProPilot semi-autonomous driver assistance system, which can steer, accelerate and brake on highways and in single-lane low-speed traffic. In addition, the car features an autonomous parking system.

There is also a new e-Pedal that automatically combines the resistance of the front-axle regeneration system and brakes to slow the car when the driver lifts off the pedal. The interior features a new 7.0in infotainment system that is compatible with Apple CarPlay and Android Auto.

Nissan's EV line-up has been further bolstered with a new version of the e-NV200 electric van, powered by a 107bhp motor.

Designed for use in urban environments, the e-NV200 features the same 40kWh lithium-ion battery as the new Leaf, with an NEDC range of 174 miles compared with 106 miles for the old model. Because the revamped battery is the same size, the van retains the 4200-litre cargo capacity as the outgoing e-NV200. 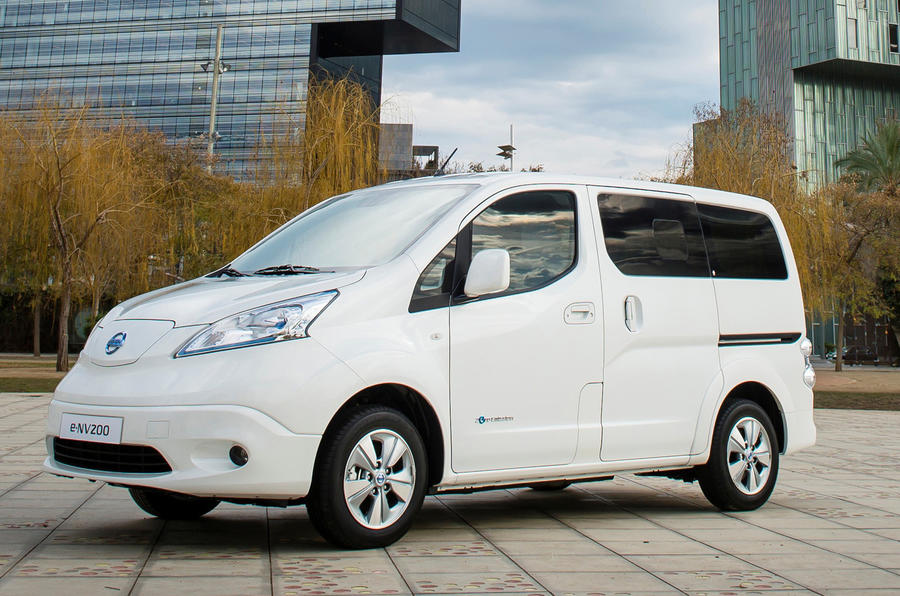 If those figures are correct and real world , the new Leaf is going to make the i3 look rather poor in terms of range , and also very expensive.

It is better value than this electric Nissan.

It is better value than this electric Nissan.

I saw an LPG Vectra for sale on the side of the road this morning for £450.00. It's in the CV10 area if you want it. Better value than your Dacia. Where do you stop? The article is about an electric car, not LPG.

Interesting that Nissan has already lanched this car in the UK, seemingly without an official press launch, or even making road test cars available. It's a bit like during the Seventies when Nissan used to pretty much ignore the press, which invariably described Nissan cars as being dull and uninteresting, while ignoring the fact that they were well equipped, reliable and affordable.

On the subject of range, I suppose it's inevitable that Nissan should quote figures obtainable on the NEDC test, rather than the more demanding WLTP test just introduced. The latter might just give a better indication of what buyers might expect.

It's a bit like during the Seventies when Nissan used to pretty much ignore the press, which invariably described Nissan cars as being dull and uninteresting,

Less in winter and with lights on, heater etc.

Still seems a bit expensive but if you can make the car fit your driving(!) then the savings on fuel will add up I guess.

140 miles, what have you based this figure on? bearing in mind, have you access to test data on this particular car?

The USA Nissan site is quoting a range of “up to 150 miles’ as they use the far more realistic (I.e. journalists actually achieve the figure) WLTP results rather than NEDC - which will be the next ‘Diesel-gate’...

The USA Nissan site is quoting a range of “up to 150 miles’ as they use the far more realistic (I.e. journalists actually achieve the figure) WLTP results rather than NEDC - which will be the next ‘Diesel-gate’...

Just been on the Nissan USA site there's no details on it yet as it's not for sale yet, they're still selling the old one. Anyway 150 miles minium would do 90% of people 95% of the time, for a 2 car family it would do nicely 100%, the petrol car would be used as the 2nd car!