Mini has revealed a special edition model of its Cooper S hot hatch, inspired by the iconic car in which Paddy Hopkirk won the 1964 Monte Carlo Rally.

Dubbed the Mini Paddy Hopkirk Edition, the model is based on the Cooper S and will be available from October in three guises: 3dr, 5dr and an even hotter John Cooper Works (JCW) variant.

The special-edition car will be offered in selected markets that have yet to be specified by Mini.

The Paddy Hopkirk Edition pairs a red body with a white roof, channelling the look of the Mini that the Northern Irishman drove to the first of three overall victories in the Monte Carlo Rally.

The special-edition model is also adorned with number 37 decals on the driver and passenger doors as a nod to Hopkirk’s racing number and a single white bonnet strip. 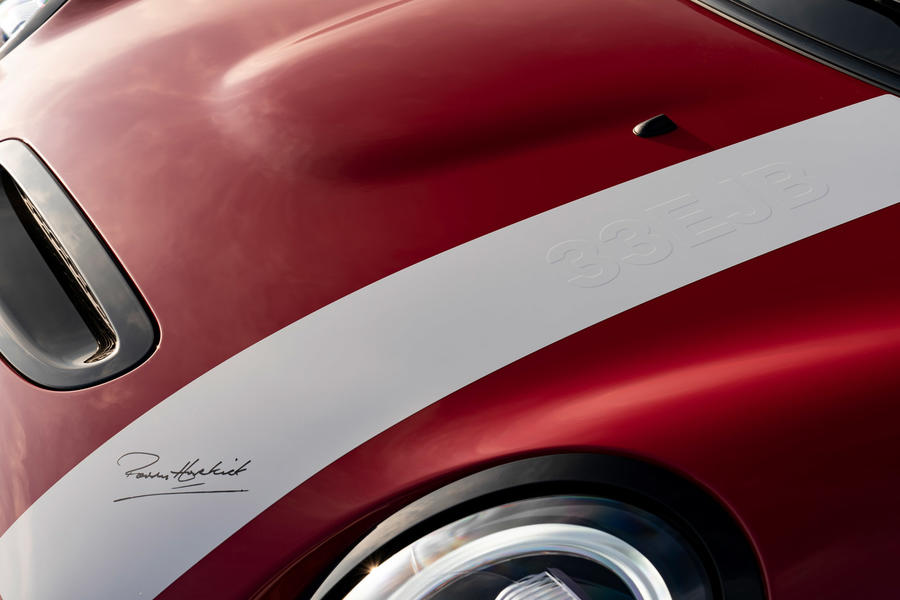 The Paddy Hopkirk Edition rides on either 17in JCW alloy wheels or 18in JCW forged items. Other design features include gloss-black detailing on the radiator grille, lower air intakes, bonnet, door handles, fuel filler flap and tailgate handle. The headlights and tail-lights also gain a dark finish, as do the Mini logos.

In some markets, customers will be able to specify additional black details on the auxiliary headlights and a key cap with the start number 37.

Buyers of the top-rung car can personalise it further with access to almost all the optional extras available to the standard Mini 3dr and Mini 5dr, including an expanded 8.8in touchscreen, sat-nav system and driving assistance features.

In 3dr guise, the Paddy Hopkirk Edition is powered by the same turbocharged 2.0-litre four-cylinder petrol engine found in the standard Cooper S, generating 189bhp, with power increasing to 228bhp in the range-topping JCW-based version.

Mini splits the difference between Cooper S and John Cooper Works, and what a revelation it is

Mini has yet to reveal pricing for the special edition, but we expect models to command a premium over the £21,130 starting price for the 3dr Cooper S and the £25,960 Cooper JCW respectively.

I don't know how to say but this is a Mini I really do like,it brings out the latent boy racer in my now aged soul,OK it's purely cosmetic but it really does look great in three door form, but it doesn't pass muster in five door form,it's far too big reminds me of the Maxi too much