Mini’s first full-production electric car, the Mini Cooper S E, has been spied virtually undisguised during a photo shoot ahead of its launch later this year.

As first revealed by Autocar, the British brand's first battery-electric production model will be a Cooper-badged hot hatch, to reflect its performance heritage. It will be based on the Mini 3dr hatchback, with the 181bhp electric powertrain taken from the BMW i3.

Previously spied in a camouflage livery, the machine has now been captured during what appears to be an official photo shoot event in the US and confirms that the EV will closely follow the standard Mini design.

The biggest difference is the closed-off grille, a revised rear and new wheel designs. The photos also show that the charging port is set to be located in the same place as the fuel filler on the standard Mini. The images also show that Mini’s Union flag lights will remain in place on the EV.

The Mini three-door hatchback's UKL1 platform wasn’t originally designed with an all-electric model in mind, so has been adapted to accommodate the technology.

The BMW i3 S’s 181bhp electric motor will power the new Mini, meaning it will give little away to the 189bhp 2.0-litre engine of the Cooper S. The added weight of the batteries will be largely offset by the instant torque and lack of gears, meaning similar acceleration times. 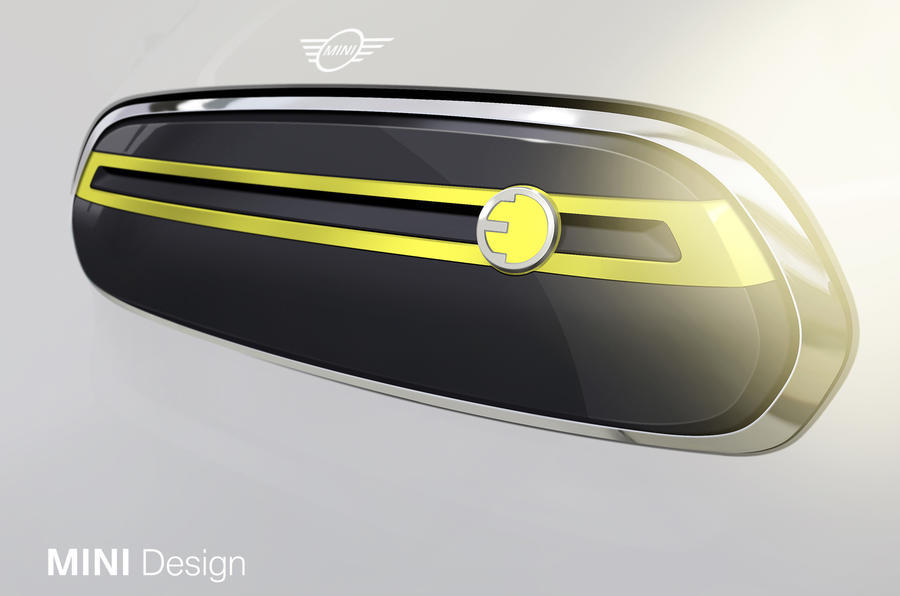 A range of around 200 miles from the car’s lithium-ion battery pack, which is also derived from the i3, is being quoted by insiders.

The unveiling of the Cooper S E is the focus of Mini’s 60th anniversary celebrations, and the timing is key: Mini considers this anniversary the perfect time to launch such a forward looking car and believes electric models are ideally suited to the brand’s image.

That’s not only because of how well-matched small EVs are to urban environments, but because of the performance characteristics of electric motors – in how they give instant responses and allow for greater control of each individual wheel.

Mini previewed the EV with the 2017 Mini Electric concept, but the model is due to have much more in common visually with the Cooper S. To that end, expect styling similar to the regular Cooper S hatchback, with some electric ‘E’ trim to provide visual differentiation between Mini’s two hot hatches. After a reveal in the second half of the year, the Cooper S E will reach UK showrooms priced from around £30,000.

Basically an i3S in Mini clothes

......nothing particularly to get excited about; range isnt wonderful either.  Bound to be too expensive also

i3 would be better

So it’s basically an i3 drivetrain in a Mini body? There’s not much in it on price, but the i3 is lighter, RWD and bigger inside. i3 please.

Mind you if it does come in at £30k it'll make the £33k (I've seen mentioned) Honda effort look like the most overprice city car ever.