BACK TO ALL NEWS
Currently reading: New Mercedes-AMG GLA 35 and GLA 45 prototypes spotted
UP NEXT
BMW opens door to M1-inspired electric supercar

Mercedes is readying an all-new, second-generation Mercedes-Benz GLA for next year, and as expected we’ve now had the first sighting of the hot AMG-tuned variants.

Prototypes of both the new entry-level AMG variant - the GLA 35 - and the full-fat GLA 45 have both been seen testing at the same time. Both will bring the AMG-tuned compact bodystyle total to six when launched, joining the Mercedes-Benz A-Class and A-Class saloon, the Mercedes-Benz CLA and CLA Shooting Brake and the new GLB SUV.

We can see that the GLA 45 sports the brand’s trademark ‘Panamericana’ grille alongside a bodykit that changes every lower body panel. The 35, on the other hand, features a more subtle exterior with a grille more in-line with the rest of the standard GLA lineup. 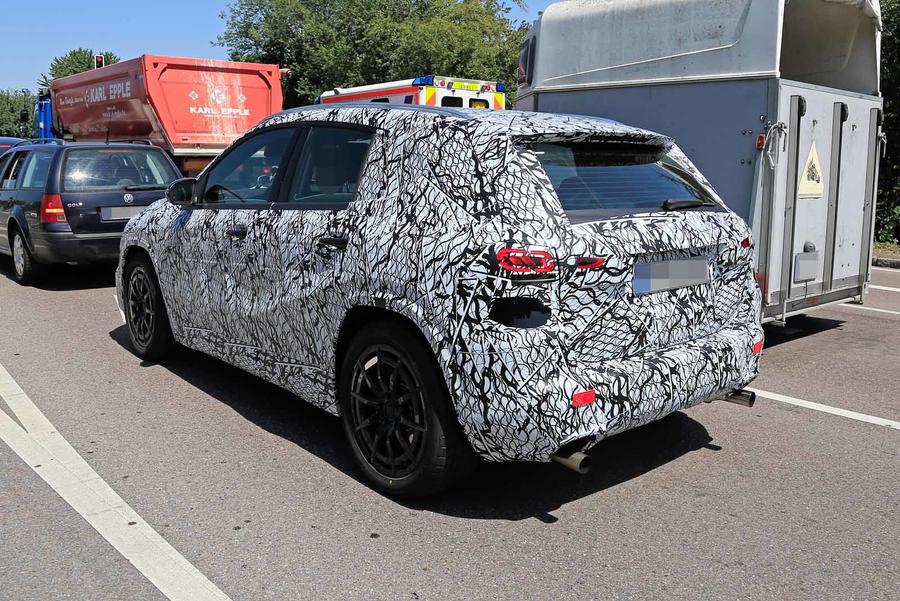 Mechanicals will be adapted from those of the recently launched Mercedes-AMG A35 and Mercedes-AMG A 45. For the former, that means a 302bhp 2.0-litre turbocharged engine and all-wheel drive, translating to a 0-62mph time of around five seconds.

The latter, however, will see that 2.0-litre engine taken up to 415bhp in flagship ’S’ form, and 382bhp in the standard variant. That would bring the crossover’s 0-62mph time down to around four seconds, and it will also feature a more advanced all-wheel drive system with the option to send most of the power to the rear-wheels as part of a Drift Mode function.

Details of the GLA 35’s and 45’s launch date are yet to be revealed, but expect them to arrive in the second half of 2020 - a good few months after the standard variants.

This looks very similar to

This looks very similar to the B class.

Imagine if your job involved

Imagine if your job involved having to pretend to be excited about these things.