If this first test of the new Honda Civic Type R was served up at a fancy dinner party as a dainty, daring amuse-bouche you’d be forgiven for complaining about portion size: here it is in all its glory, potentially one of the most significant launches of the year and a prototype only in name and chassis plaque (00000, if you want to know, although nobody would admit how many 00000s there are in the world), and we have just two laps and around 180sec in which to sample it.

It’s a drive that’s as delightful as it is frustrating; an unexpected opportunity during a deep dive into Honda’s future product and development plans in Japan, complete with a twisty but challenging race track to play on (fourth gear wasn’t exercised, but high in third was enough to sample some decent speed in some challenging bends). 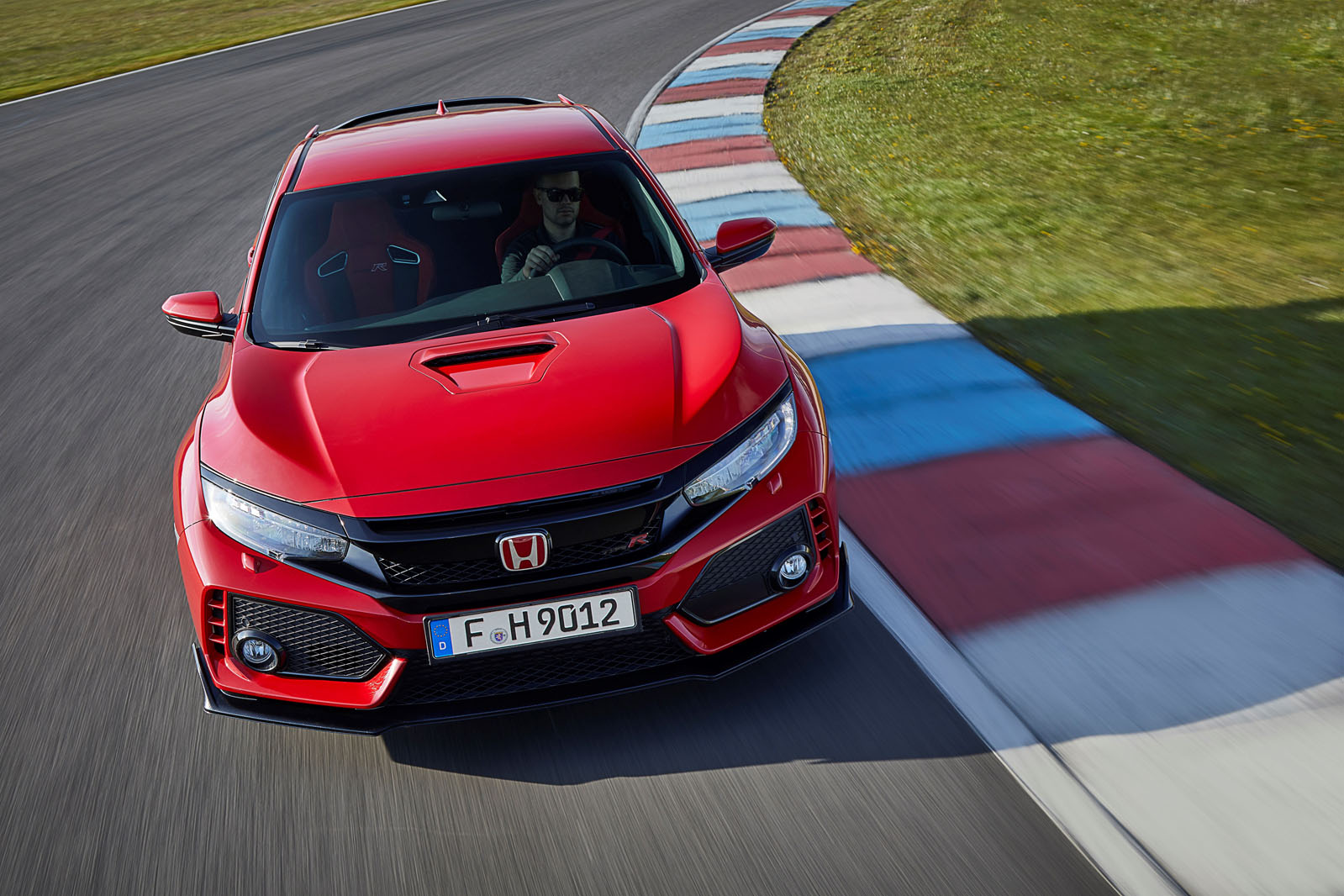 It’s a bit of a crazy decision to even let us near it, be honest, with the full test drives just days away in Germany now, but given the chance, what would you do? Honda, always ready to defy logic as well as convention, has done it again.

So, full disclosure: this ‘review’ is not laden with conclusions. To judge a car that has cost many millions to develop and that has had many thousands of man hours poured into its creation on such scant evidence is not our style.

So no star rating and a flip-flop of a conclusion, but several observations that - and perhaps this was the point - mean that next week’s verdicts cannot come soon enough. To come back to that amuse-bouche analogy, while I might complain about portion size, I’m certainly not complaining about the fizz-bang-pop delivery of tasty intrigue.

Lest you have forgotten, this latest Type R is notable for arriving soon after the launch of the all-new, tenth-generation standard car. Powered again by a turbocharged 2.0-litre VTEC petrol engine, power is up on the outgoing model by 10bhp to 316bhp, torque the same at 295lb ft and it’s all channeled through the same six-speed manual gearbox.

Some stats, like the 0-62mph time, remain under lock and key until next week, but a tenth of a second here or there is no matter; more significant are the all-new chassis and suspension, stiffer, stronger, no heavier and more able to be tinkered with, teased and enhanced, according to Honda engineers. It is longer, lower and wider than before, too, with associated benefits for the centre of gravity.

Oh, and still fast. Just because it’s inevitable that Honda should break it, we shouldn’t take the firm’s latest assault on the front-drive lap record of the Nürburgring for granted.

Perhaps most significantly, the poor engineer paid to sit next to me raises not even an eyebrow as I prod and poke my way around the track, stamping on the brakes, charging on the throttle and making a general hash of things.

Instead, he smiles, occasionally laughs and, in a move that makes me question if we’re going as fast as it feels, takes notes. 0/10 for Holder, I fear. Still, his Japanese script is immaculate. The sports seats really are that cosseting. That a succession of drivers emerge with similar stories of their amusingly unflustered companion says much for his confidence that the Type R is set to flatter rather than bite.

The kerbs are neither large nor really kerbs, more a set down change of surface from smooth Tarmac to broken concrete. But hit them I must, to do my best to learn whether the ride of this new Type R, a massive, rock-hard failing of the old car that made it borderline unliveable-with in the real world, is any more cosseting. 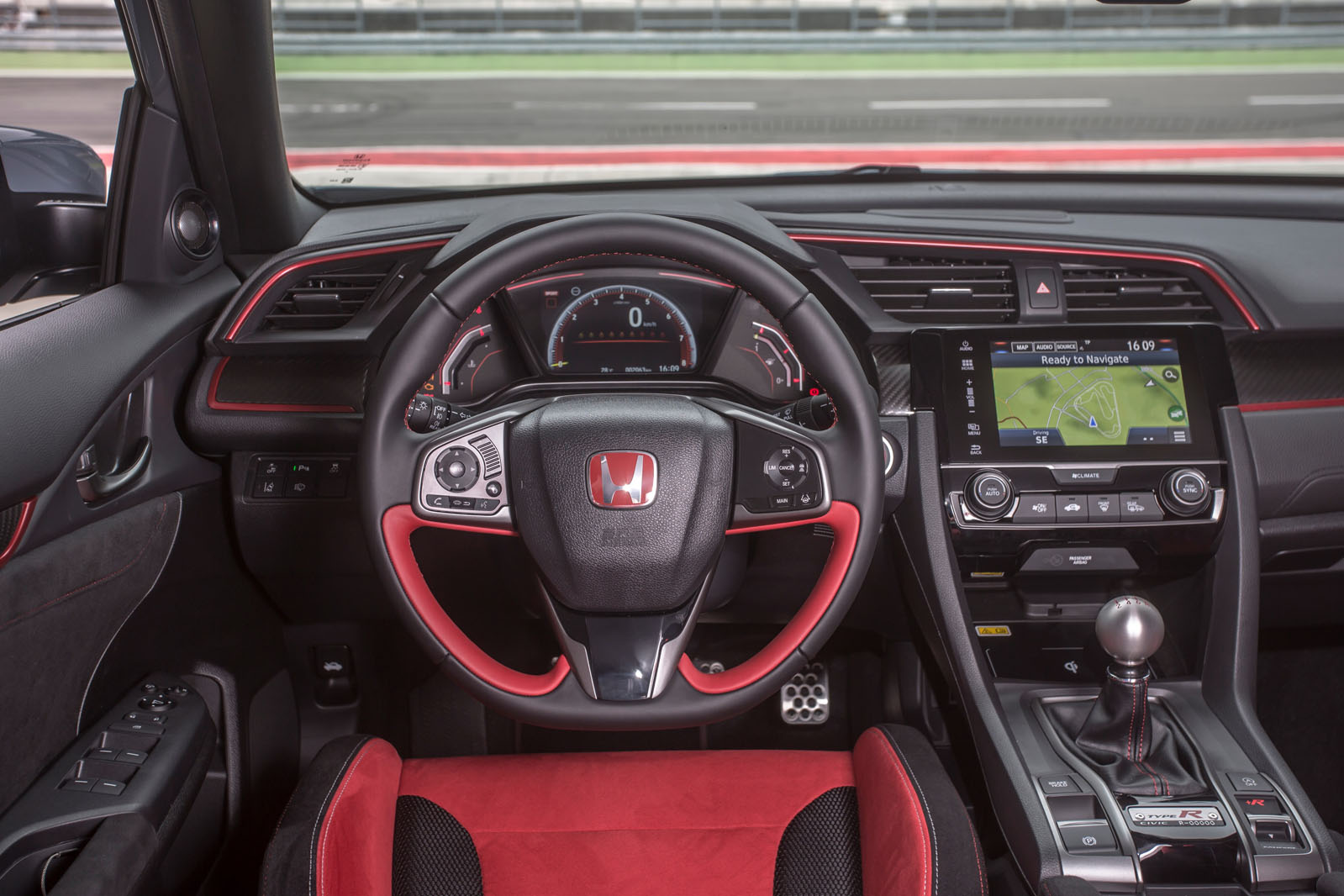 I risk being damned by this time next week, but the feeling, based on not enough evidence, is that it is closer to the right side of supple. What’s more, if there is a compromise to the body roll, grip or stability, I wasn’t fast enough to find it.

The rest of the experience is much as you might hope; the engine is as sweet as ever and the gearshift as delightful. The interior meets expectations and the exterior, well, you either love it or hate it.

This car is sure to be better to drive than it is to look at, but it is extremely difficult to ignore how utterly awful to look at it is. The horrible vents in the bumpers at both ends are absolutely appalling and unnecessary. It would also benefit from losing the creases in the bonnet and doors, as the whole effect is far too fussy. With the main body smoothed out the wing would be much less obtrusive.
Peter Cavellini 8 June 2017

May been motoring nirvana to some,but,it is not nice to look at.
Roadster 8 June 2017

A lot of Honda stories today

A lot of Honda stories today Autocar. Are they paying you to promote their stuff as a distraction to their truly awful F1 presence.
View all comments (9)