BACK TO ALL NEWS
Currently reading: Honda Urban EV concept due next month as first of two electric cars
UP NEXT
Alfa Romeo to revive GTV as an EV in sweeping range renewal

Honda will launch two all-new electric cars in 2018 - one for the Chinese market and one for global sale - as it seeks to make up lost ground on rivals and hit its goal of two-thirds of sales being powered by an electrified powertrain by 2025.

The first model will be previewed in a concept at the Frankfurt motor show next month. Called the Urban EV concept, it will influence a production car that is being designed with Europe as its key market. A preview picture of what appears to be its instrument cluster during charging (pictured above) has been released.

The arrival of this car and the second planned EV marks a change in direction for Honda. The brand has led the way in hydrogen car development with the Clarity (pictured below) and been a leading hybrid pioneer since the launch of the Insight in 1999. But, along with other Japanese manufacturers, it has held back on launching pure electric cars until now.

Its senior management previously argued that the real-world emissions benefits of electric cars after the electricity was generated didn’t justify the technology and instead preferred to concentrate on developing cars powered by hydrogen fuel cell. Growing political pressure to sell electric cars in China and the rest of the world has forced a change in strategy, however. 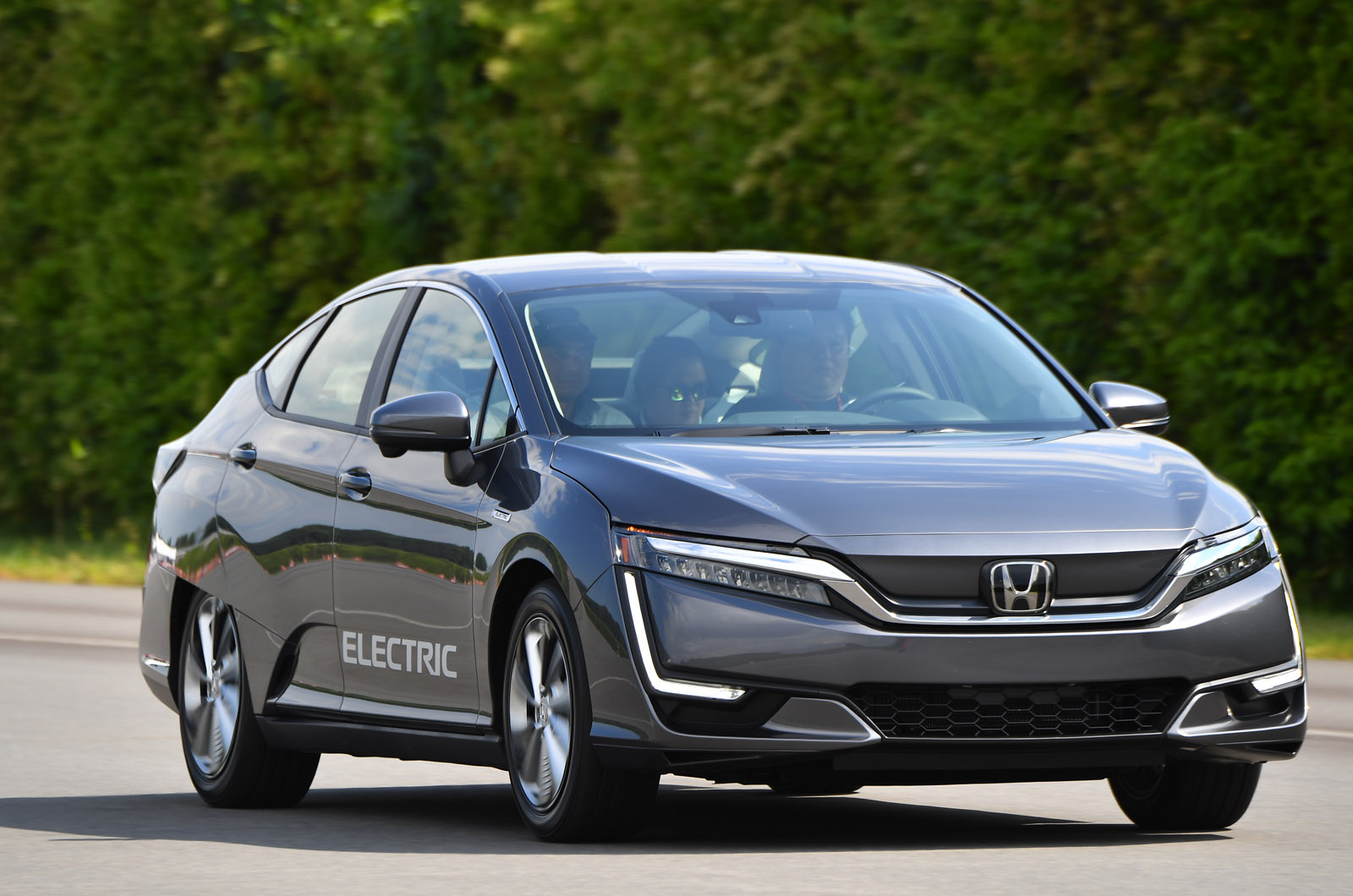 Few details of Honda's first bespoke global EV have been revealed, beyond Hachigo saying it will feature “a high-density, lightweight battery pack, integrated heat management and the evolution of energy transfer functions – both to and from the vehicle”. He suggested the powertrain layout “will enable greater freedom in the design of vehicle packaging”.

Hachigo also revealed that Honda is investigating new high-speed charging systems that would be capable of adding 150 miles of range for every 15 minutes of charging, as well as wireless charging technology.

In addition, Honda will roll out an innovative new two-stage hybrid powertrain across its European range, starting with the new CR-V, which will be shown in prototype form at the Frankfurt show and go on sale next year. The two-motor system links to a 2.0-litre petrol engine and is already sold in the US and Japan in the Odyssey Hybrid and Accord Hybrid.

Opinion: What's it like to be driven by a self-driving car?

Insight: why demand from China could spur growth of electric car sales

I predict they will be as

I predict they will be as fugly as Richard Branson.

Take that ugly thing away!

Just as you think Honda's can't get any uglier, up pops another. What on earth is that thing in the photographs above?

Come back Allegro, Princess, Pacer and Ssangyong Rhodius - all is forgiven.

Where did they go?

The frustrating thing is, Honda had NUMEROUS hybrids on sale just a few years ago. You were able to choose from a Civic Hybrid (albeit in saloon form), the CR-Z, a Jazz Hybrid and two generations of Insight. And now... as of June 2017... nothing! What went wrong? They need to do far better than having 1 EV in their range by 2018. That's the sort of goal that manufacturers should've been setting for 2015, never mind next year...
si73 30 August 2017

The frustrating thing is, Honda had NUMEROUS hybrids on sale just a few years ago. You were able to choose from a Civic Hybrid (albeit in saloon form), the CR-Z, a Jazz Hybrid and two generations of Insight. And now... as of June 2017... nothing! What went wrong? They need to do far better than having 1 EV in their range by 2018. That's the sort of goal that manufacturers should've been setting for 2015, never mind next year...

Totally agree, why did they stop bring hybrids to Europe? I'd guess it's because all the tax laws benefited diesels so honda joined in and went that way and people were buying more diesels than hybrids, all the magazine's criticize the hybrids when comparing them with diesels so people bought the diesels instead of hybrids. Even autocar slates Toyota hybrids especially when compared with a vw diesel product never pointing out that it's horses for courses, diesels always won the comparison. So I guess honda in Europe followed the sales trend.