BACK TO ALL NEWS
Currently reading: New Ford Focus RS hinges on hybrid system breakthrough
UP NEXT
Best lease deals of the week: Grand tourers

The future of a new Ford Focus RS hinges on its engineers creating a high-output, full-hybrid powertrain that fits in with the new EU regime for average fleet CO2 emissions – a challenge that Ford bosses describe as “waiting for a solution”.

A senior Ford executive told Autocar: “We are waiting for our engineering team to come up with a solution on the powertrain and that is not easy given the new fleet CO2 regulations.”

Eighteen months ago, Ford was understood to be looking at a mild-hybrid 48V powertrain. To minimise CO2 figures, the firm now believes the engine has to be a full hybrid. “The mild hybrid is not enough,” said our source.

The challenge of the new fleet average figure – set industry-wide at 95g/km, but varying according to a car company’s mix of vehicles and their kerb weights – now means the Focus RS won’t be seen in 2020 as rumoured. Instead, it is more likely to be launched in 2022/23.

In order to achieve both high performance and low emissions, Autocar understands that Ford has switched its attention to an RS version of the full-hybrid 2.5-litre petrol unit that will power range-topping models of the new Kuga this year. In that application, the Atkinson-cycle 2.5-litre four-cylinder engine and motor deliver 222bhp, with drive through a CVT auto and optional four-wheel drive.

All-wheel drive will be vital to harness the Focus RS’s required power, which is likely to approach 400bhp. The last Focus RS was all-wheel drive and delivered 345bhp and 376lb ft from a 2.3-litre turbo four but equivalent models from Audi and Mercedes have since hiked outputs to nearer 400bhp and beyond.

To achieve a similar output would require a blend of combustion and electrical power – possibly 300bhp from a turbocharged 2.5-litre engine and 100bhp from the electric motor.

Another engineering issue to be resolved is whether or not the project’s goal can be achieved at a sensible cost, with a performance-oriented gearbox and four-wheel drive system to deliver the much-loved Drift mode that was programmed into a clever GKN differential – key to the old RS’s unique driving characteristics. Integrating that into a hybrid system without escalating project costs would be a challenge.

“The story of all the previous RSs is of the engineers working on the project in their spare time and weekends and coming up with the ideas and concept. On the new one, we’re still waiting for the right concept, especially on the powertrain,” said the source. 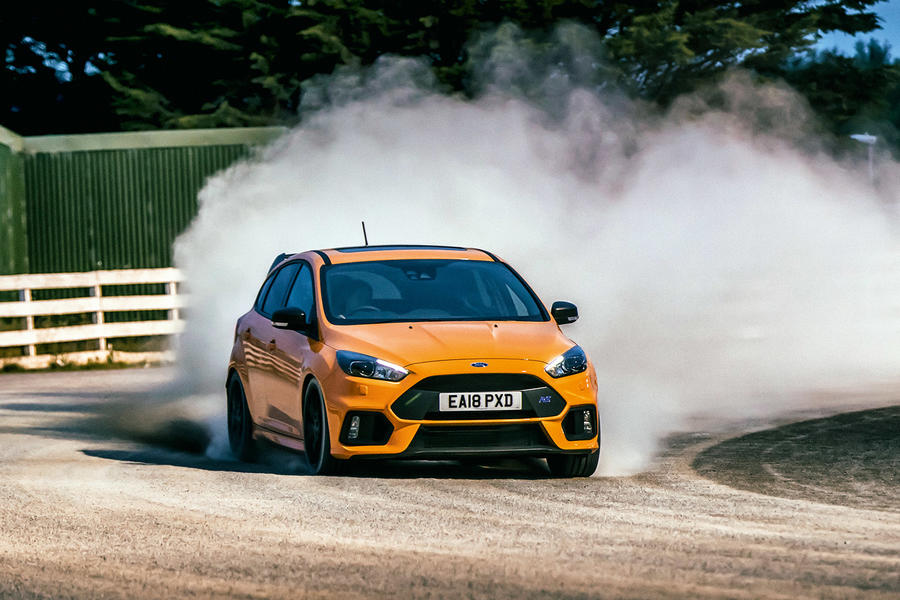 But there is hope that a new Focus RS will at least face a much easier journey to production than the last model, which was squeezed into ex-CEO Alan Mulally’s strict ‘One Ford’ product development straitjacket. As a result, the Focus RS had to pass every global standard set for a new Ford product, after dozens of hurdles were put in front of its engineering development teams.

In fact, the Focus RS project was close to being cancelled because of these problems, until Ford’s then chief engineer Raj Nair stepped in at a product review meeting to guarantee personally that the RS project could be successfully delivered on budget.

Since Mulally retired in 2014, Ford has stripped away the global red tape, allowing Ford Europe to develop market-specific models – such as the just-launched Puma crossover, which earlier this month was crowned What Car? Car of the Year, the first Ford to win the accolade since the Fiesta in 2009.

There is hope that this process, introduced by Ford chairman and former Ford Europe boss Jim Farley, will make it easier to clear the obstacles to a new RS. Another hurdle will be finding the engineering resources while Ford’s product development teams are working flat out on a huge electrification drive.

Around £8 billion is being pumped into a global offensive to deliver 40 new battery-electric, mild-hybrid and plug-in hybrid models by 2022.

Love the huge Alloys, and if it delivers, the opposition better take cover!

Love the huge Alloys, and if it delivers, the opposition better take cover!

Been drinking again? You know that's just a rendition and not indicative at all cos Ford hasn't started developing the RS yet?

I had a mild argument with Andrew Frankel over the potential configuration of a new RS. Ford claimed the new Focus could not incorporate a propshaft for a traditional 4wd system. Frankel seemed to think otherwise.

Then Ford disclosed to all and sundry that the ICE would power the front, with electric motors at the rear with a GKN system to handle the torque shifting.

My guess is that the bean counters have since said NEIN, and so now they're scraping the bottom of the barrel for a AWD configuration.

To me the project is dead in the water. 2 to 3 years will see a Golf R, and highly likely in a more powerful guise as well. New S3 on the way too.

If this is in doubt, i do

If this is in doubt, i do wonder how much longer we will still be allowed a V8 Mustang on these shores.

I am sure one day EVs will be cheap and capable enough to rival the fun 'Fast Fords' have offered in the past, but for now Petrol power isnt clean enough for the EU, and EVs are far too expensive

Mustang will still be allowed

Under EU rules, manufacturers are supposed to achieve a CO2 fleet average of 95 gm/km from next year, otherwise they will incur fines. Ford may elect to continue selling the Mustang and just accept the fine. This won't be much bigger on account that few Mustangs are sold - and in any event it would be paid for by the customer. Or Ford could simply discontinue the model.
As things stand Ford will like most manufacturers miss the target next year (incurring a fine of around 1.5 billion Euros!). So the Mustang isn't the biggest problem...
View all comments (8)