BACK TO ALL NEWS
Currently reading: New Alpina B7 brings 205mph performance to 7 Series
UP NEXT
Celebrating 20 years of the BMW Mini

Just weeks after BMW detailed the facelifted 7 Series, Alpina has released the first information on its performance-focused B7 version ahead of sales beginning in the summer.

The B7 follows on from the outgoing model by using BMW’s established 4.4-litre twin-turbocharged petrol V8, making an even 600bhp and 590lb ft of torque. That translates to a 0-60mph time of 3.5sec and a top speed that doesn't just crack the magic 200mph but exceeds it by 5mph. That’s the same as the Ferrari 488 GTB.

Of course, those figures are the same as the outgoing B7, but it looks like all European cars will now be offered solely with xDrive four-wheel drive. This, alongside an engine management upgrade that brings a 1000rpm-lower torque peak, shaves 0.5sec off the 0-62mph time, bringing it down to 3.5sec. 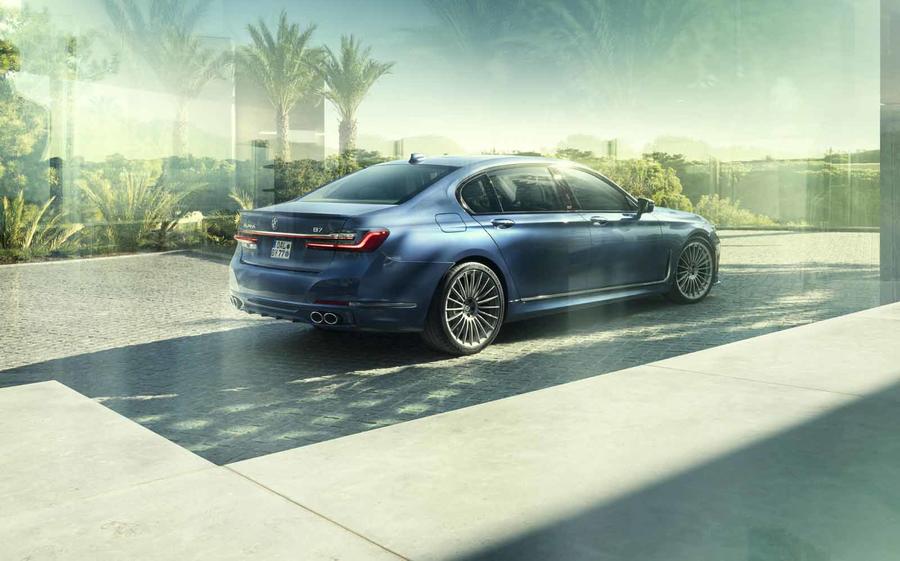 Other mechanical changes include special high-volume, interlinked intercoolers to help ensure the car’s thermodynamic stability and an eight-speed automatic gearbox that offers shifts claimed to be “considerably quicker” than the old B7's.

A stainless steel Alpina exhaust system is said to reduce both back pressure and weight, while the usual active sound system allows different volume engine notes depending on the mode. Revised brakes with braking-by-wire technology also feature.

All B7 xDrive models make use of a revised air suspension system with Active Roll Stabilisation, rear-axle steering and 'Active Comfort Drive’ anticipatory chassis control. Collecting data from driving style analysis, alongside the sat-nav and front-facing camera, this is claimed to significantly increase ride comfort over lesser 7 Series models.

As expected, the B7’s styling features the significantly enlarged grille of the updated 7 Series, alongside the usual Alpina styling touches and updated interior technology.

...until you get to the grille. It's absolutely massive!

Alpina normally make BMW's tasteful, but they've struggled with this.
View all comments (8)