BMW has given its current 7 Series a bold new look as part of an extensive mid-life facelift for the three-year-old luxury saloon. The reworked model is due to arrive in the UK in April.

The facelifted 7 Series reflects the shift brought to upmarket BMW models by a new brand strategy announced by chairman Harald Krüger in 2017, with a greater emphasis on interior luxury and the move to a more formal design language.

As with its predecessor, the 2019 7 Series is offered in standard-wheelbase and long-wheelbase guises, but both models have been extended by 22mm, taking their length to 5120mm and 5260mm respectively.

It is up front where the styling changes are most evident. Key among them is the adoption of a new chromed kidney grille that’s similar in size to that seen on the recently unveiled X7 and 40% bigger than the 7 Series’ old grille. It extends back into the leading section of a newly contoured bonnet as well as deeper into a re-profiled front bumper, which features new chrome highlights within the lower air ducts.

As part of efforts to improve the refinement levels of Munich’s flagship saloon, it adopts side glass that is 5.1mm thicker and new front wings improve airflow and reduce buffeting at speed. Changes to the sound-deadening material in the rear wheel arches have also been made.

Additional minor visual changes continue at the rear, which receives more heavily structured OLED tail-lights with new lens graphics. They are connected by a full-width LED light band that illuminates in combination with the daytime running lights. Also evident on the freshened 7 Series are wider chromed tailpipe trims integrated into a reworked bumper.

The interior features more subtle upgrades, including improvements to the materials and new connectivity functions. An updated Parking Assistant function now has a Reversing Assistant that’s able to back up the car by up to 50m along the course it drove in on. 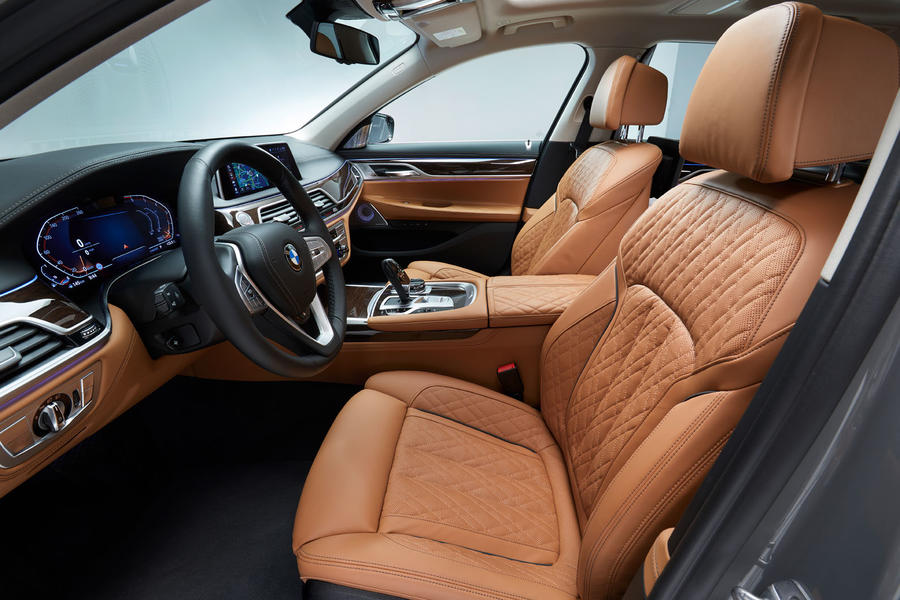 The 2019-model-year 7-series continues with a range of turbocharged petrol and diesel powerplants as well a plug-in petrol-electric hybrid drivetrain in combination with either rear-wheel drive or four-wheel drive depending on the chosen model.

The most powerful of the new 7-series diesels is the 750d xDrive and its long wheelbase silbling, the 750Ld xDrive. They use a quad turbocharged version of BMW’s six cylinder engine developing 393bhp and 560lb ft. 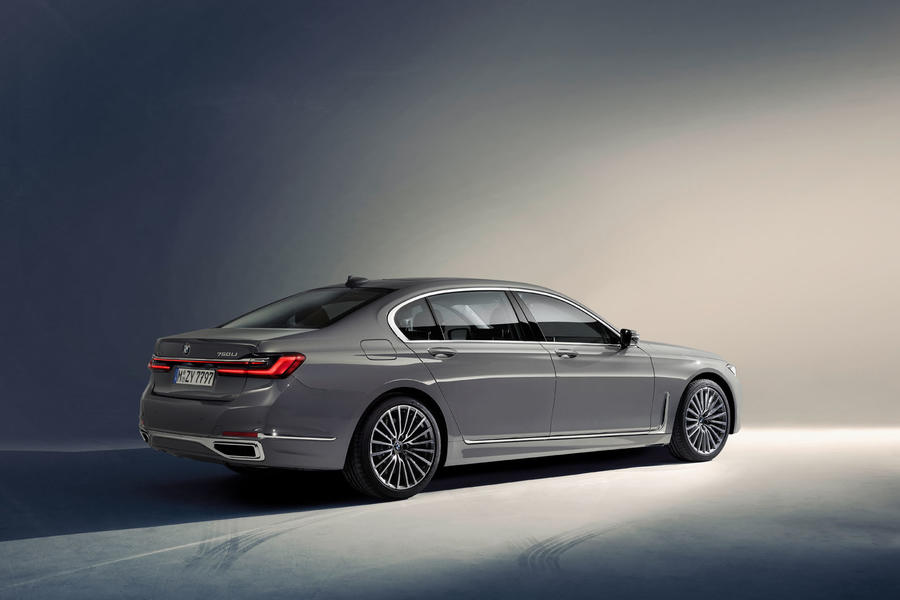 An updated plug-in hybrid drivetrain is also available in the rear-wheel-drive 745e and 745Le and their fourwheel-drive sibling, the 745Le xDrive. It mates a turbocharged 3.0-litre in-line six-cylinder petrol engine with an electric motor to provide a total system output of 388bhp and 442lb ft, resulting in a 0-62mph time of 5.2sec.

With a 12.0kWh lithium ion battery, the 745e is claimed to deliver an electric range of up to 36 miles, endowing it with combined cycle consumption of 134.5mpg and average CO2 emissions of 48g/km.

The facelifted 7 Series comes as standard with adaptive suspension featuring electronically controlled dampers and air springs acting on each wheel. Buyers can specify the luxury saloon with optional rear-wheel steering for added agility. 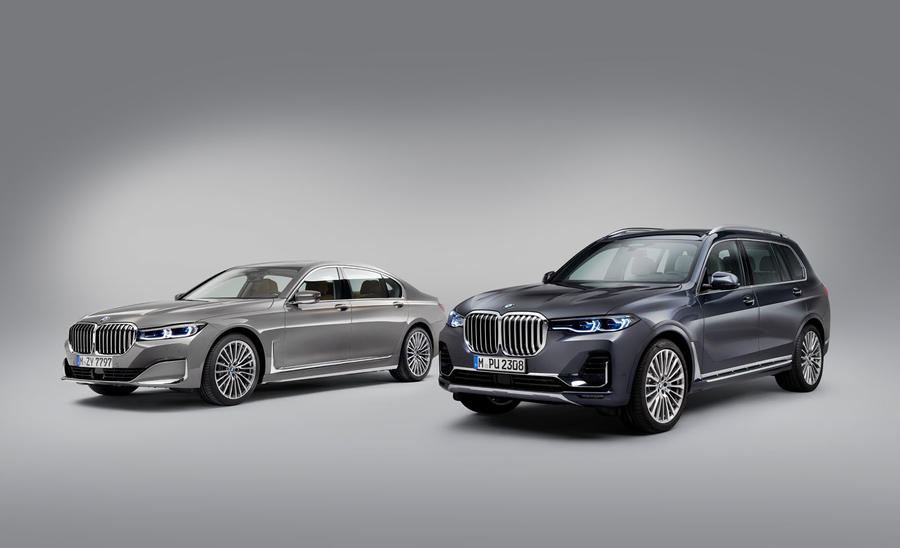 The X7, a rival to the Range Rover that launched late last year, will rub shoulders with the 7 Series at the top of BMW’s range. The design link is likely a tactic to create familiarity between the two flagship models.

Both cars are pitched directly at high-flying luxury car buyers, of whom a large number come from China. Customers there typically prefer more aggressive car design, so this new look is possibly also evidence of a design shift to cater to tastes in the world’s biggest new car market.

Dark days ahead for BMW design?

Looks like the post-Karim Habib design downturn is continuing for BMW. The latest 3 Series took a step backwards compared to the styling of the 'old' model and now comes this. Could the brand be slowly returning to the dark days of Chris Bangle?

You wonder how things that

You wonder how things that ugly make it past the board; I guess the grill must be to Chinese tastes.
mac110808 16 January 2019

As a lifetime BMW fan/owner, where the hell has all the class and elegance gone? I'm thinking the models from the nineties (E36, E38, E39) . The styling team have officially lost the plot with the frontal treatment of all the latest models, not just the 7 series and X7. These days, I rather put my money into an Audi, Merc or even a Volvo but secretly wishing I was driving a BMW that looked half decent!

Get a grip and sack the designers BMW!!