BACK TO ALL NEWS
Currently reading: New 2021 Hyundai Kona N to be revealed on 27 April
UP NEXT
Hope for Bloodhound LSR project as sponsor talks start again

The third addition to Hyundai's N performance line-up, the Kona N crossover, will be officially revealed on 27 April at a dedicated 'N Day' event.

Due on sale before the middle of 2021, the Ford Puma ST rival - which Autocar has driven in prototype form - joins the recently revealed i20 N and well-established i30 N as the third pillar of the sub-brand’s range. Hyundai has promised news of other N-badged performance models at the reveal.

Tthe Kona N is powered by a 2.0-litre turbocharged petrol engine driving the front wheels, and will be offered with an eight-speed wet dual-clutch transmission, dubbed N DCT. 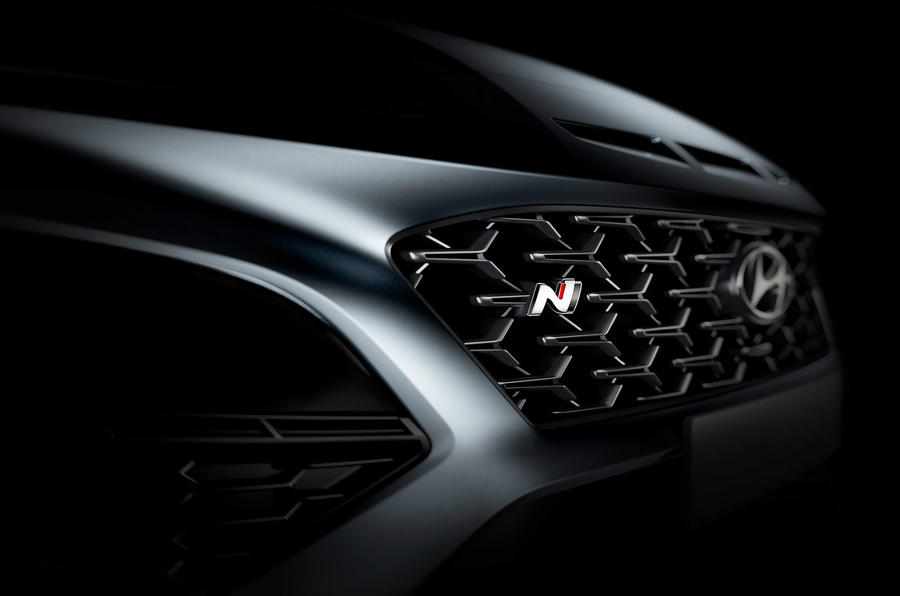 The use of the 2.0-litre engine, adapted from the i30 N, is interesting as expectations were that the model would use the 1.6-litre unit of the related i20 N, which puts out 201bhp. That was already more powerful than the Kona N’s main rival - the 197bhp Puma ST - so it remains to be seen if the model will be offered with the 247bhp or 276bhp outputs of the i30 N.

While the car will initially be front-wheel-drive, the standard Kona can be specced with four-wheel drive on top models, so it’s possible the brand will leverage that. It will also feature a Launch Control system - a function substantially more effective in four-wheel-drive cars.

Hyundai N also claims it will feature an “emotional sound experience” - likely to be a reference to digital sound generators to enhance the engine note. Till Wartenburg, head of N brand management and motorsport, claims the hot SUV will have “plenty of versatility as well as the driving pleasure like any other N vehicle. Enthusiasts will enjoy taking this car anywhere, from road to the track.”

A bespoke chassis set-up will complement the power upgrade, with stiffer suspension and performance brakes fitted. The interior, too, will receive the usual N tweaks including sports seats, specific trim detailing and highly configurable drive modes.

I want to give thanks to a great man who has brought back happiness to my life.Dr UMA is really a great Man after my lover left me for 2years,i was so frustrated i almost killed myself until i got in contact with Dr UMA who told me that my ex will be back to me within 48Hours.At first i taught Dr UMA was a scam until the second day when my lover called me on phone and started begging me that he was sorry that i should forgive him and he bought me a Gold ring and wrist watch i was so happy and really believed that Dr UMA is really a great spell caster and not a scam like other fake spell caster who are online to add pain to your pain,Please people that need help i will love you people to contact Dr UMA because i can swear with my life that Dr UMA is a man to trust.You can contact him on his WhatsApp: +2347035619585,  you can still contact him on youtube dr uma home.

Dr Obhiose 16 April 2021
I am Dr Obhiose from Benin republic, West Africa. I am a spiritual herbalist who specializes in doing multiple things, with my root and natural herbs I cure all kinds of diseases. My herbs have no side effects to the body. I also cast love spells that brings ex lover back, spiritual cleansing, lottery spells, money spells, spiritual empowerment, business spells to bring more customers, pregnancy spells, spells to cast away inner Burden, marital/relationship solution, spells to control your husband/wife, spells to win a court case, financial spell, spells to break every yoke of one child birth in the family, ring spell to attract money, palm reading and lot more.
(+22998121599) WhatsApp me.
mullogutherum 10 March 2021

The perfect car for my wife:  small, tall, auto-box, and with some decent grunt.

You're brave, my wife would have my guts for garters if I wrote such an honest description of her on the internet.