After the brilliant i30 N hot hatch, Hyundai has been working on a sporty crossover
Open gallery
Close
Share story

I have a lot of time for Hyundai’s N performance cars. The i30 N flirts with being the best mid-size hot hatchback and the upcoming i20 N, which we’ve driven before in prototype form, is set to give the supermini class an equally hard time. Hyundai takes it so seriously that the i20 N will even receive additional body structure stiffening and welding over the regular i20.

But sporting sub-brands can’t live on hatchbacks alone, so inevitably attention now shifts to a crossover: the Kona, a funky-looking vehicle that, shorn of the cladding of this development car, could look quite endearing on 19in wheels and with the right stance, like a pseudo-fierce little action figure or a child yelling ‘raaa!’ while impersonating a tiger. Go with it.

Anyway, if R is good enough for the Volkswagen T-Roc and ST for the Ford Puma, then N is apparently good enough for the Kona, and it gets some suitably impressive hardware. As in the i30 N, there’s a 2.0-litre turbo petrol engine, driving the front wheels through an eight-speed dual-clutch gearbox. There’s no word on a manual version yet. Same for power and torque outputs or performance figures, or price, but you can imagine it in i30 N terms – around 250bhp and a similar amount of foot-pounds.

The Kona N you see here is a development hack, but I’m told the ride and handling, while not finally signed off, are close to representative. 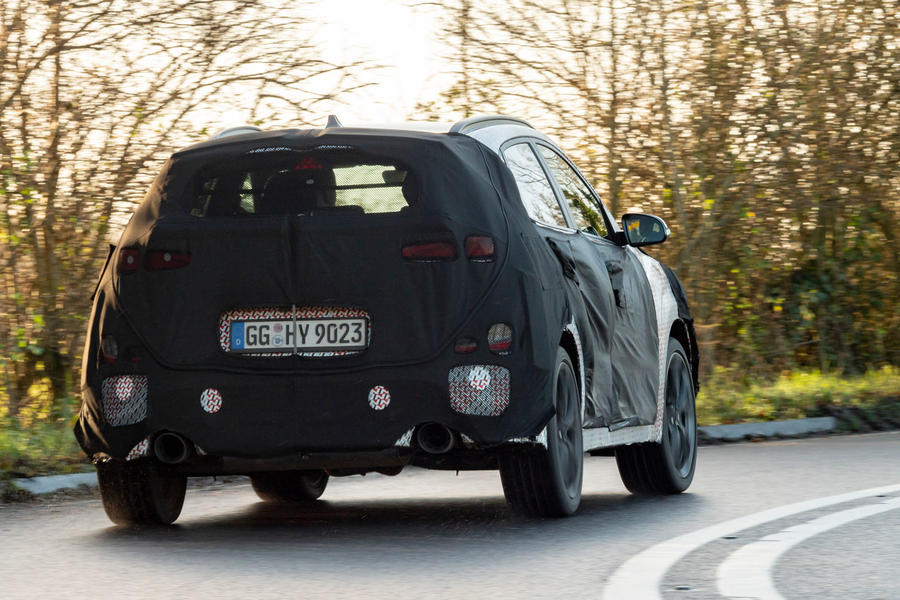 The interior isn’t even that close, but that’s fine; we’ve seen the inside of enough Konas to imagine it will look and feel quite good, and it will get added performance touches, like aluminium pedals, coloured highlights and a thick-rimmed steering wheel. There’s probably a big handbook somewhere that all manufacturers turn to when specifying performance derivatives: ‘don’t forget a nice bit of stitching and even consider a seatbelt highlight’.

Nothing about the driving position particularly shouts ‘sport’, but the instruments turn red if you push a button of that name. There’s an N driving mode, a configurable mode and a Comfort mode, too.

Alas, I’m not convinced that either ‘comfort’ or ‘sport’ give a true reflection of the Kona N’s driving dynamics. This isn’t a tall car in absolute terms but perhaps it’s not the best place to start, no matter how talented your engineers. The ride, on 235/40 R19 Pirelli P Zero tyres, is exceptionally brittle, especially over bigger lumps and bumps; there’s a whole bag of road noise and it’s skittish and trampy under hard acceleration. Quite hard work.

The steering is moderately weighted and quick, not unpleasant, and if torque steer and some notable self-centring counts as feel, it has that too. But it’s in control of a fairly ragged chassis that doesn’t seem to change too much if you press through the different driving modes. The ride seemed no harsher around town in Sport to me. The firmness is perhaps the inevitability of trying to keep movements well contained when there’s a higher body to contend with than on the i30. 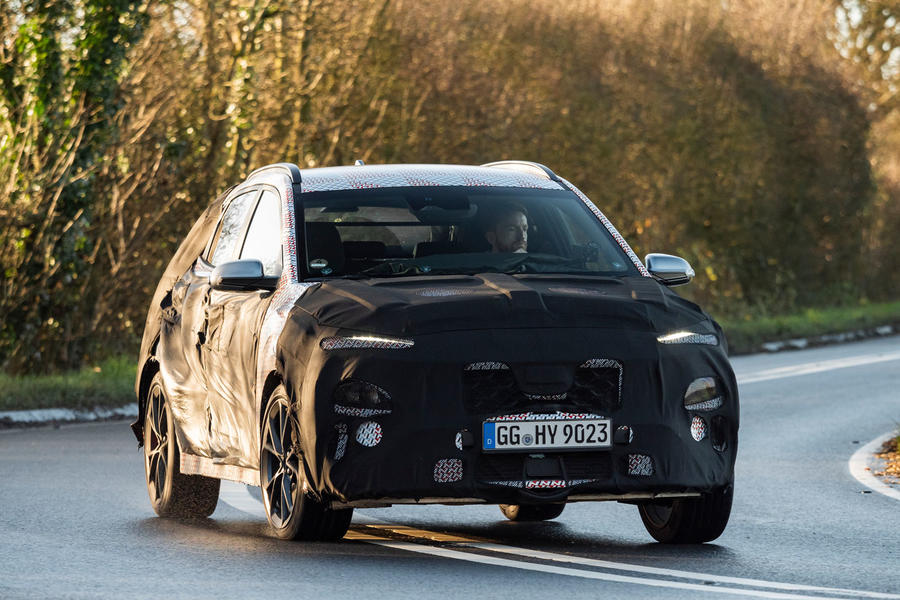 Do you remember when Vauxhall had both an Astra VXR and a Zafira VXR? The Kona reminds me of the Zafira: same drivetrain as the lower car, plenty of anger and noise and quite a lot of pace and performance, but fretful and honestly sometimes just quite annoying with it.

It’s a bit of a shame, this. I get the appeal of widening the N brand, and if there’s a market segment in need of enlivening, it’s the crossover, too few of which are any good to drive for us to get particularly enthusiastic about.

Ultimately, though, this one is frustratingly unsatisfying and curiously raucous.

Log in or register to post comments
MarkII 13 January 2021
Doesn't sound promising, which is a shame as in my opinion the Kona has un-met potential: We have one as a family runabout and have been very happy with it but it could easily be improved.

The ride on 18's (let alone 19's) has always erred towards the harsh side on our poor roads, so I can only imagine how much worse and uncompliant an N version might be. It's perfectly possible to combine good body and wheel control, if you get the suspension tuning right and a sporty chassis doesn't have to mean a brittle edged ride!

Power-wise, I would have expected closer to 300bhp and AWD for this model, with a decent set of fixed calipers, replacing the standard sliding ones.

I've always felt the interior needed a boost too. Hard plastics are practical for a utility vehicle but the Kona is a crossover and should have had a more Euro biased interior, with soft-touch padded dash and door cards, on the upper surfaces at the very least.

The Kona has a lot of positive attributes but based on these first impressions, this N version sounds like a missed opportunity.