BACK TO ALL NEWS
Currently reading: New 2020 Volkswagen Golf R to be unveiled on 4 November
UP NEXT
2024 Mercedes C-Class EV spearheads brand's electric rebirth

New 2020 Volkswagen Golf R to be unveiled on 4 November

Flagship hot hatch will be shown to the world in the coming days, with expected power boost over outgoing model
Open gallery
Close

Volkswagen is getting ready for one of its biggest unveilings of 2020: the reveal of the new Golf R, set to be introduced on 4 November.

The reveal date was confirmed as the brand released a preview image of the BMW M135i rival showing its tailgate adorned with a central R logo. However, we've already seen the car with very light disguise out testing as a prototype on several occasions.

The last sighting of the hot hatchback was actually as the estate, cunningly disguised as an Alltrack model to try to throw spy photographers off the scent. 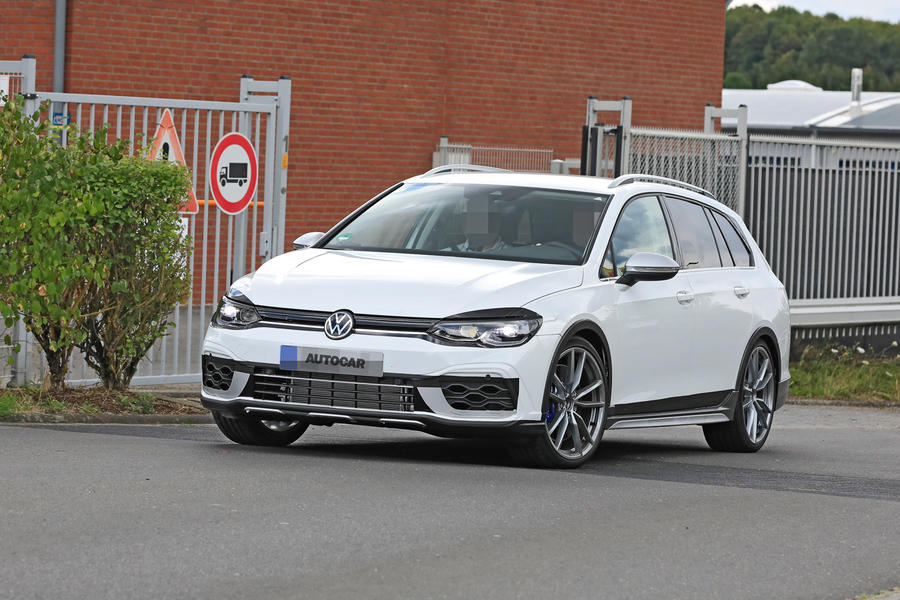 The prototype gives itself away as the top-rung performance model with its large wheels and low-profile tyres, blue brake calipers, prominent air intakes and rear spoiler. Another clue to its true identity is the quad-exit exhaust system, which matches that of the previously spotted Golf R test mules.

A prototype of the hatchback was photographed up close earlier this year, giving us a view of the interior. It shows the new model sticks to the formula of its predecessor, with understated performance the order of the day. The view inside shows that there will be R-branded sports seats to mark out the cabin, but otherwise it'll be familiar Golf Mk8 fare.

Although not yet confirmed, power outputs for all of the hot Mk8 Golf variants (the GTI, GTI TCR, GTD and R) leaked out earlier this year via a slideshow from a brand presentation. 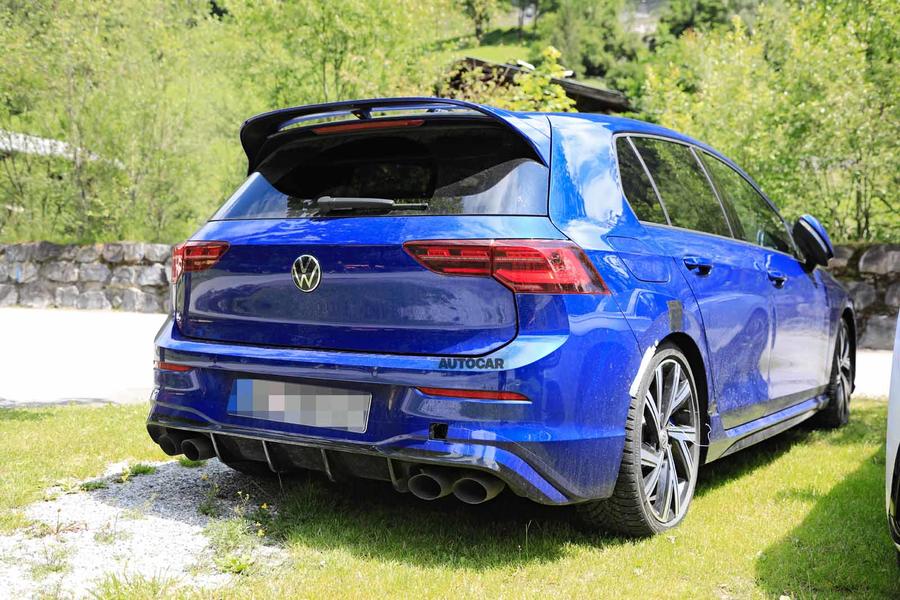 The slide revealed that the R will put out 329bhp - a 33bhp increase - from a heavily boosted version of the EA888 turbocharged 2.0-litre petrol motor, as featured in the new Tiguan R and Arteon R. However, it's possible that it will debut first with slightly less power.

As before, this will be put through a Haldex-based four-wheel drive system and seven-speed dual-clutch automatic gearbox, while a new torque vectoring system is expected to be introduced. A manual gearbox isn't expected to be offered.

It's also not yet clear if a long-rumoured flagship Golf R Plus, expected to produce as much as 400bhp, will be saved for a debut next year or even later.