Jaguar is readying an extensive round of updates for its F-Pace SUV, and the first SVR variant has now been spotted testing in disguise.

With a large number of prototypes testing on roads in the UK an Europe, it's believed that Jaguar is gearing up for an unveiling in the coming months. Both the standard and SVR versions of the F-Pace will benefit from visual changes, including a bonnet with chunkier, more pronounced styling lines, redesigned LED headlights and what appears to be an altered grille and lower intake shape.

At the rear, the prototypes are hiding what looks like an altered tail-light design, although it remains unclear how different the new units will be. The tell-tale signs of the SVR model - quad exhausts, big wheels and brakes and a lower ride height - mark the latest mule out. 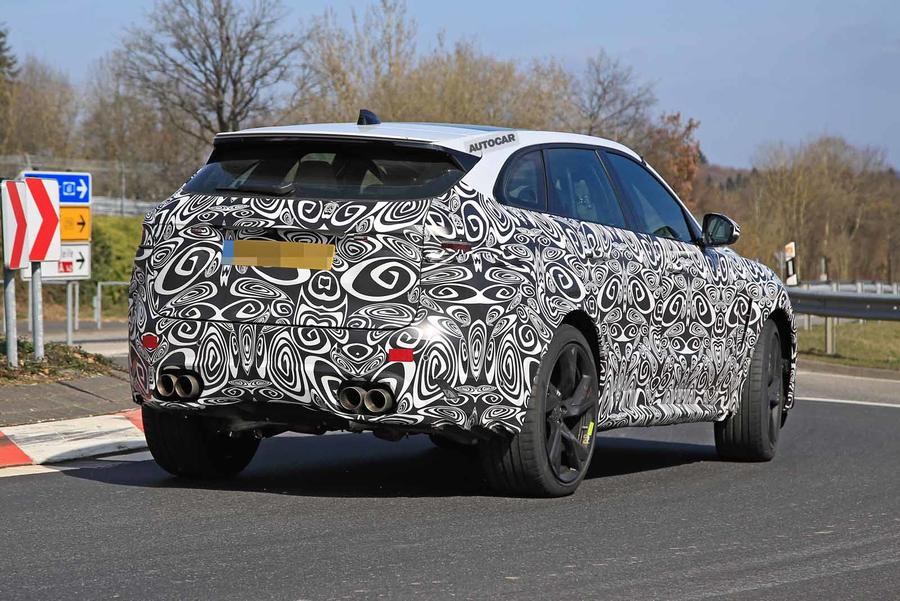 The sighting of the SVR effectively confirms that it will remain in the facelifted range, but it remains to be seen if the 5.0-litre supercharged V8 will retain its place under the bonnet. The Ford-owned engine plant in Bridgend, Wales - which makes Jaguar Land Rover's current V8 engines - is due to close this autumn, so the brand is either stockpiling enough engines to last or will switch to an alternate powertrain, possibly from BMW.

As with the recently revised Jaguar XE, the bulk of the investment into the F-Pace's redesign will be focused on the interior, with a boost in perceived quality and technology.

The latter, acknowledged by many to be a weak point in the current model when compared with its German opposition, will be adapted from systems that were first seen in the electric I-Pace. It means we can expect a dual screen centre stack with slick display-clad rotary dials, combined with a larger, crisper infotainment screen and digital instruments.

A new steering wheel design will also feature, while we can expect the rotary gear selector to be dropped in favour of a more conventional shape. 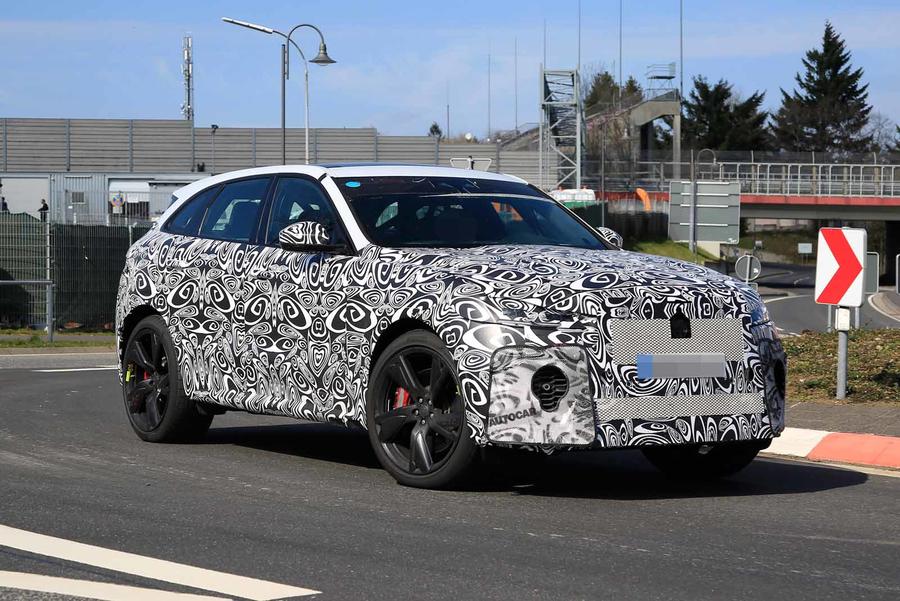 While changes to the chassis and suspension aren’t expected to be extensive, a family of new mild-hybrid engines are on the cards. JLR’s new in-line six-cylinder petrol will make use of increasingly commonplace 48V tech, but earlier F-Pace prototypes with visible number plates reveal the firm is testing a diesel-electric powertrain.

Land Rover has 48V four-cylinder mild-hybrid diesel engines in the new Discovery Sport, but as that car now sits on a newer platform, it’s not clear if such powertrains can be adapted for the F-Pace. Another possibility is that JLR could be working on a new mild-hybrid six-cylinder diesel.

Chief commercial officer Felix Bräutigam confirmed to Autocar at the Frankfurt motor show that both the F-Pace and XF are lined up for imminent updates. The E-Pace will also benefit from a range of revisions.

“In a world of very strong competitors we take seriously, as soon as we launch cars we already know what we want to do differently,” Bräutigam said. “So yes, stay tuned as we constantly want to improve. There’s lots of new tech we want to roll out as quickly as possible.”

Design director Julian Thompson also said: “Feedback has been very positive to the XE facelift, and they’re in the launch phase of rolling out to 128 markets.”

It's not yet clear which of the updated F-Pace, E-Pace and XF siblings will be revealed first, but all three are expected to be seen before 2020 is out.

Saw a new Range Rover recently the pop-out door handles were not centred in the apertures, the gap was inconsistent. So they're more complex, more expensive, probably less reliable, maybe more prone to freezing and look tacky. Give me real door handles any day.

Six Jags but no more

Yes I have owned six Jags since 2003 but the strain has become too much. Excessive pricing, outdated tech, poor quality and reliability.

They must have lost so many loyal customers, of which sadly I am one.

The F Pace is a good car that

The F Pace is a good car that could have been great if Jaguar had spent a bit more time on the interior. If they get it right now I'd love to buy one