BACK TO ALL NEWS
Currently reading: Bolder looks, classier cabin, more tech for 2019 Jaguar XE
UP NEXT
Bentley Batur: new Mulliner car to arrive on 21 August

Jaguar is treating its smallest saloon, the Jaguar XE, to a package of mid-life improvements and upgrades – and including a generous sprinkling of Jaguar I-Pace fairy dust – in a move aimed at boosting disappointing sales compared with dominant German rivals.

The new XE gets a more assertive face plus snappier rear styling to match. There’s also a plusher and significantly better-equipped interior and a package of driver-oriented instruments, controls and technology originally brought to market by Jaguar’s all-electric I-Pace. The new model goes on sale this week at prices starting from £33,915. 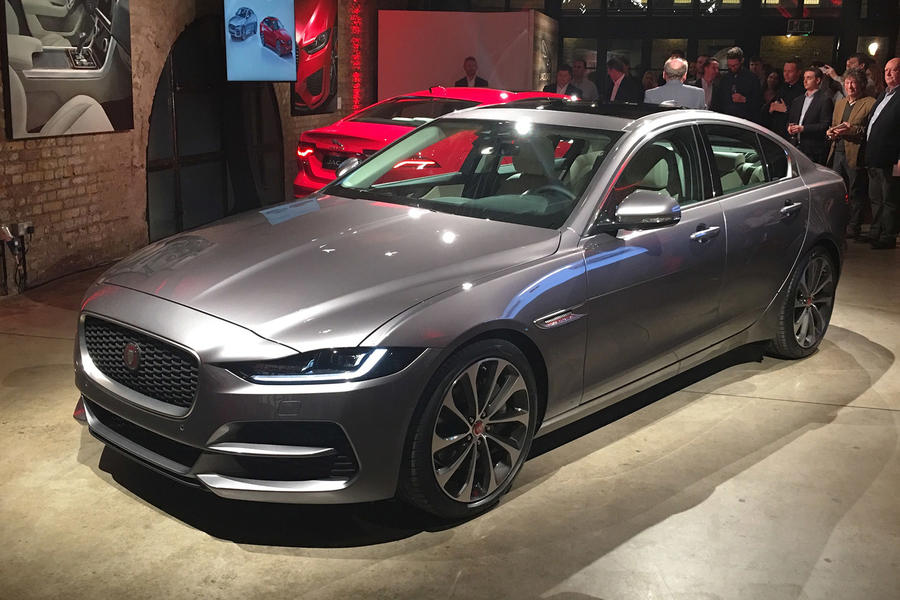 “The XE is an enduring favourite with our younger design team – the kind of car they like to drive,” said design director Ian Callum. “The mechanical package was always brilliant and it has terrific proportions and stance. But a while ago, we started feeling it needed to look more assertive against its very tough competition. If you wanted to criticise, you could also say that maybe we didn’t give it the interior it deserved. But now we’ve corrected that. In a sense, we’ve reinvented the whole car.”

For 2020, Jaguar has removed a classic entry-level variant from its XE range. Every model now gets 18in wheels (or bigger) plus LED headlights and tail-lights. There’s an elegant steering wheel first introduced on the I-Pace and every XE gets front and rear parking aids and a reversing camera. The car also gets a gearstick to work its standard automatic transmission instead of a twist-selector, a nod to its more clearly defined sporting nature. 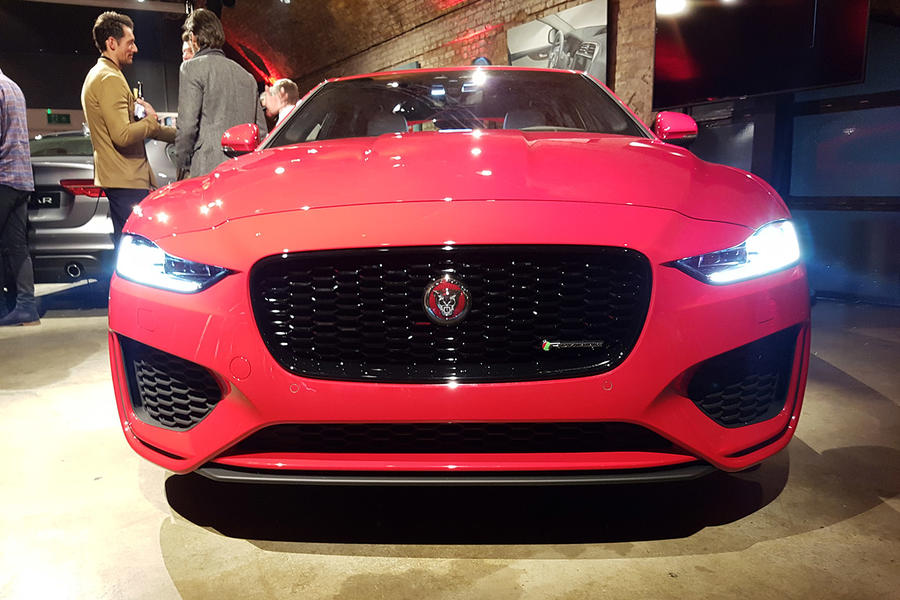 The XE will be offered in either standard or sportier R-Dynamic body designs – clearly distinguished by rear and frontal features that look different but are similar to manufacture and fit. Each of the two is available in S, SE and HSE trim levels. Jaguar marketing people reckon this system offers a continuing comprehensive choice while reducing the potential for buyer confusion.

On top of the model and trim selection, owners get to choose engines and option packs. “We’ve separated body and equipment spec from engine choice,” said Callum, “because we’re finding customers who want a sporty-looking car don’t necessarily want the highest-output engine. It might not suit their preference or tax situation.” 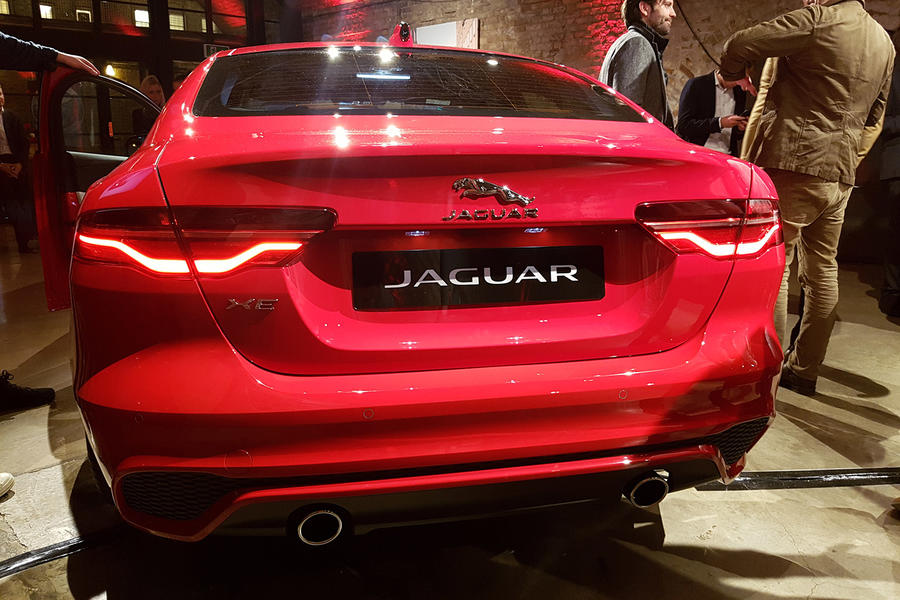 Engine choices for the XE have been reduced and refined. Buyers still decide from a range of diesel and petrol 2.0-litre Ingenium units built in Jaguar Land Rover’s Wolverhampton factory, but little-bought choices have been eliminated. On the petrol side, buyers now decide between 247bhp and 296bhp units (the quicker of which gives the car sub-6.0sec 0-60mph acceleration).

Not that the new XE is all about performance. Jaguar continues to make a stout case for its base 2.0-litre D180 rear-drive model, which packs 317lb ft of torque yet returns combined fuel consumption of 57.6mpg. Crucially, it becomes the first diesel car in its class to meet the EU’s ultra-stringent RDE2 NOx emissions standard due in January 2021. 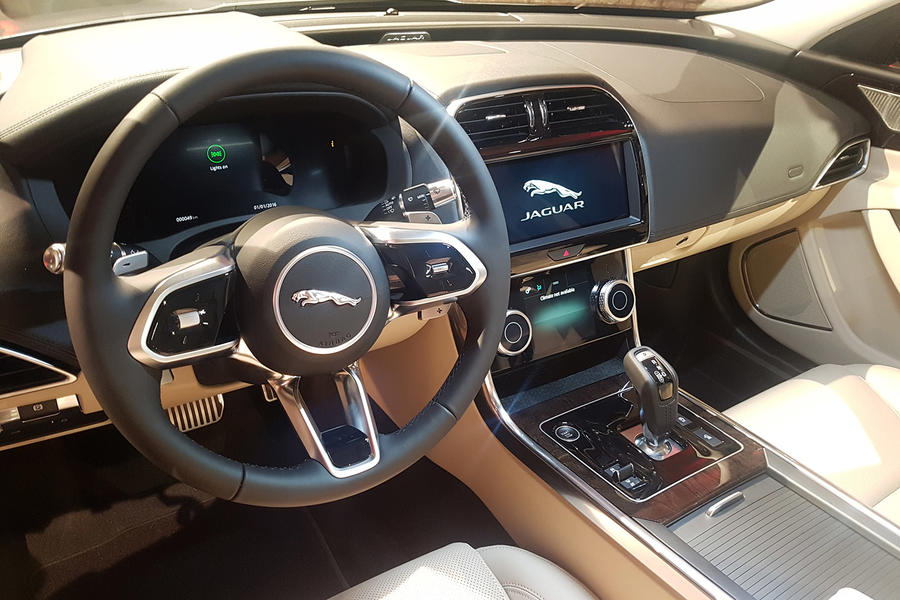 Choosing this option protects business buyers from a 4% benefit-in-kind surcharge applied to other diesels and allows a considerable first-year saving on vehicle excise duty for private buyers. Jaguar accompanies details of the D180 with the robust reminder that its latest diesels deliver 25% better fuel consumption than equivalent petrol engines, emit around the same amount of NOx and are “often the most cost-effective and environmentally friendly choice” for the many drivers in the UK who do more than 12,000 miles a year.

Work on the XE refresh began around a year after the car’s launch in mid-2015. “As soon as we start seeing one of our cars in numbers, and on the open road, we start to critique it,” said Adam Hatton, head of exterior design. “We decide our objectives for a new model, do some sketching, then get the car into our design garden, start with a completely plain front and start adding the new graphical elements – grilles, vents, lights and the rest – from scratch.” 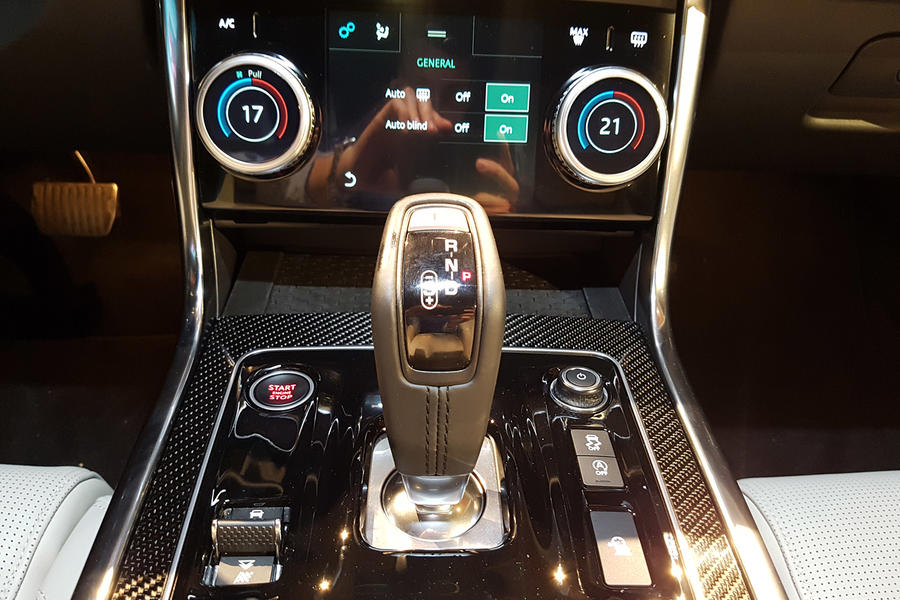 The aim for the latest XE, said Hatton, was to enhance the frontal features, with rear mods to match, so apertures are bigger and graphical facets are bolder, using elements that allude to the Jaguar F-Type sports car. New all-LED headlights now incorporate a strong but subtle J-blade daytime running light, and the headlights themselves are around 12mm narrower.

However, the biggest changes are in the front cabin, a project led by head of interior design Alister Whelan. Trim materials have been comprehensively upgraded. Attractive upholstery stitching has been added and improved. New materials – including a luxurious quilted seat option – have been added. 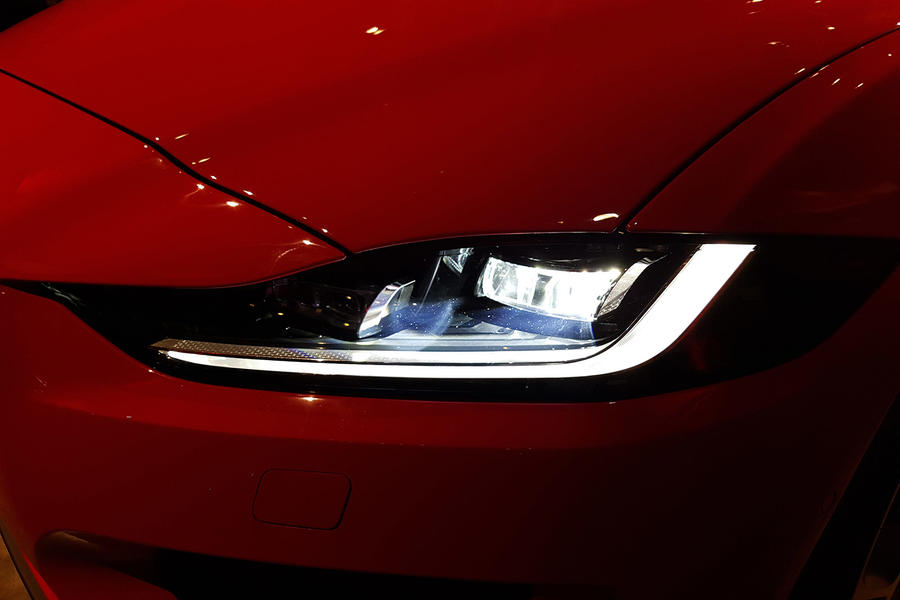 Hard plastics have been replaced in even the most discreet places and you can now get an XE with three comprehensive TFT screens across its fascia, similar to those in an I-Pace, and complete with Jaguar’s prominent twin console-mounted twist controls that light up to operate the ventilation and infotainment. You can also now get Jaguar’s camera-based ClearSight rear-view mirror as an option, in exchange for a much larger roof-mounted ‘shark fin’.

Modernised and improved in visual impact, the XE is now nothing less than a baby luxury saloon in its higher-spec guises and a very well-equipped car even in its near-standard forms. Jaguar expects buyers to be attracted by the XE’s enhanced value: at £36,145, a D180 in R-Dynamic guise is £670 cheaper than the outgoing R-Sport equivalent – and that’s before you add about £1100 worth of extra equipment.

“We all love the XE,” said Callum. “It’s great to see it taking Jaguar back to where it belongs.”

Why Graz is greener: London to Austria in Jaguar's biggest selling E-Pace​

Doesnt matter one jot if

Doesnt matter one jot if Jaguar cannot sort out the total fiasco that is their dealers. God forbid you need to use them for anyhting other than servicing (which you will) ... so many so called premium brands are let down by their dealers. And believe me the more tech in a car (especially a Jag/RR) the more time you will be spending in that dealer .... I write having experienced it both with a previous Jag and a current RR in the family.

I joked last time I was there with my wifes brand new RR that they operate like their satnavs end to operate i.e that they eventaully get to where they need to go but they take the most convoluted route to do so.

I think if Jaguar had got rid of that stupid shut line across the front the ‘facelift’ would have had more credibility. Speaking to the mechanics at my dealership that shuline gap it’s the biggest cause for complaint on all the models. I had to have my F-Pace ‘adjusted’ (I couldn’t open the bonnet when I got it back). IMHO the original XF has a better cleaner look. OK it had one helluva front overhang but t looked good. Now would be a good time to phase out the XJ by increasing the wheelbases on both the XF & XE answering the biggest complaint listed here.

A good facelift. Lighting and instrumentation brought up to date, tweaks to front and rear styling. Posher looking door cards. Dropping the version with the non-uphostered dash. (Which I have and am perfectly happy with!) I couldn't care less about the small rear doors. There's plenty of room for two if you can get in. The long nose and the sloping rear is why the car looks so damn good and why, with my kids all grown up, I got rid of the Toyota Avensis Estate and bought a car whose proportions were dictated by style, first and foremost. If you don't want that, buy an SUV! One reservation: Shame that the veneer strip no longer goes round the facia. That was a wow factor. It was the first thing my wife remarked upon when we got into it. It saves cost, no doubt, having only one assembly, not multiple variants. Also a good coup getting in first with an engine complying with the latest pollution regulations.