Mazda is poised to offer a version of the new Toyota Yaris Hybrid supermini in Europe in 2022, potentially as a replacement for the current Mazda 2.

In a presentation to accompany its 2020 financial results, Mazda outlined how it aims to use its partnerships with other manufacturers to enhance and grow its range. This includes a plan to offer an “OEM-supplied model based on Yaris THS [Toyota Hybrid System]” in Europe by the end of 2022, and a Yaris prototype has now been spotted at a Mazda facility in Europe with its badges hidden, suggesting a reveal is imminent.

It is likely that the model will be built for Mazda by Toyota, possibly alongside the Yaris at its factory in northern France. Having a hybrid-powered hatchback would help Mazda to meet its European Union CO2 emissions target. This would also benefit Toyota, because the two firms have formed a manufacturer pool to share their fleet targets.

Mazda’s Yaris-based model would potentially replace the current 2, which has been on sale since 2014 and doesn’t feature a hybrid powertrain, although it’s possible that the two hatchbacks could be offered alongside one another for a limited time. 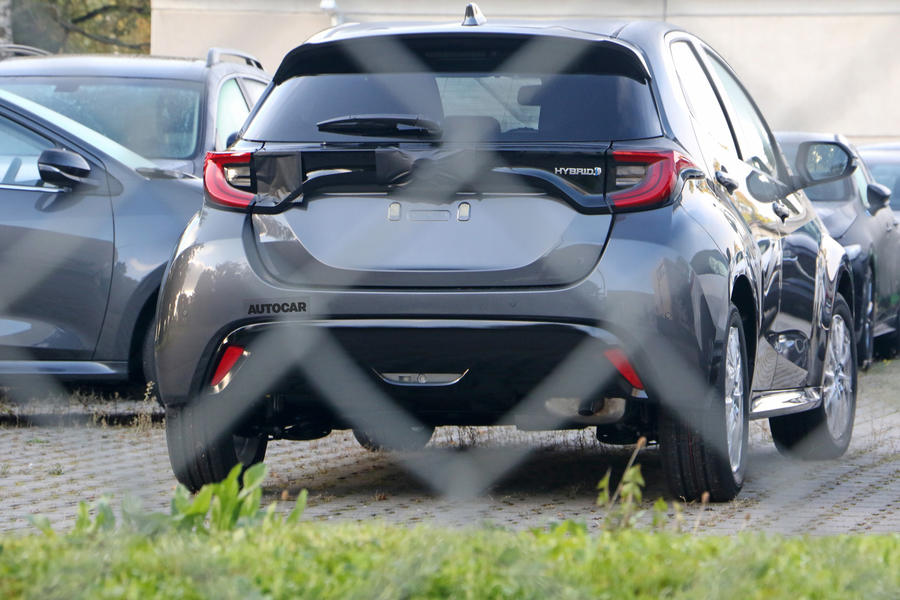 With Toyota producing the model for Mazda, it’s unlikely that the latter firm’s innovative compression-ignition petrol engines would be offered.

In a statement issued to Autocar in 2020, Mazda said: “We’re continuing with our multi-solution approach that offers appropriate solutions to match power mix, uniqueness and customer needs in each country and region.

“As one of the multi-solution measures, we concluded that the THS is the optimum solution to respond to each region’s needs and requirements.

The Mazda 2 name dates back to 2002. This latest version showcases the firm's Skyactiv technology and 'Kodo' styling

“This collaboration is the result of discussions based on our Toyota-Mazda partnership policy to use both companies’ business resources efficiently while respecting each other’s brand and management independence.”

The deal is similar to that which allows Suzuki to make rebadged versions of the Toyota Corolla hybrid estate and Toyota RAV4 plug-in hybrid SUV, named the Suzuki Swace and Suzuki Across respectively.

Notably, the 2 was used as the basis of the Toyota Yaris sold in the US – until both models were discontinued in that market last year due to slow sales.

Log in or register to post comments
si73 4 October 2021
@LP in Brighton, the Yaris is surely at the begining, not half way through its life cycle as I thought it only came out last year? whereas the current 2 is surely at the end of its respective life cycle.
As for why buy which ever, same as anything else, if you have a nearby Mazda dealer but not a Toyota or vice versa, if you have always had Mazdas and want the new rebadged Toyota from the dealer who's been serving you for years, I'm sure there's scope for both.
567 4 October 2021

Mazda are in danager of becoming a joke, rebadgeing a yaris and then trying to sell it for more  money than toyota, profits will be tiny once Toyota take their cut. From being slightly different they are now controlled by bean counters