BACK TO ALL NEWS
Currently reading: Suzuki Swace: Toyota Corolla-based estate priced from £27,499
UP NEXT
New report questions government's 2030 ban

Suzuki has revealed UK pricing for the Swace, a new estate car based on the Toyota Corolla Touring Sports.

Following the Toyota RAV4-based Suzuki Across SUV that went on sale last month as the second model in its strategic alliance with the Japanese giant, the Swace costs £27,499 in SZ-T guise and £29,299 as the SZ5.

A precise date for UK deliveries is yet to be confirmed, but Suzuki said the model will launch "imminently".

A single powertrain has been confirmed: the 1.8-litre hybrid also found in the Corolla, which combines a 97bhp four-cylinder petrol engine with a 71bhp electric motor via a CVT automatic transmission.

Like the Corolla, the Swace features a dedicated EV mode for emissions-free driving, with the hybrid engine producing 99-115g/km of CO2 and capable of 64.2mpg on the WLTP cycle. It's understood the Swace won't recieve the Corolla's more powerful 2.0-litre hybrid powertrain.

The Swace bears a strong exterior resemblance to the Corolla but features its own front end that includes the distinctive grille seen elsewhere in Suzuki's line-up. 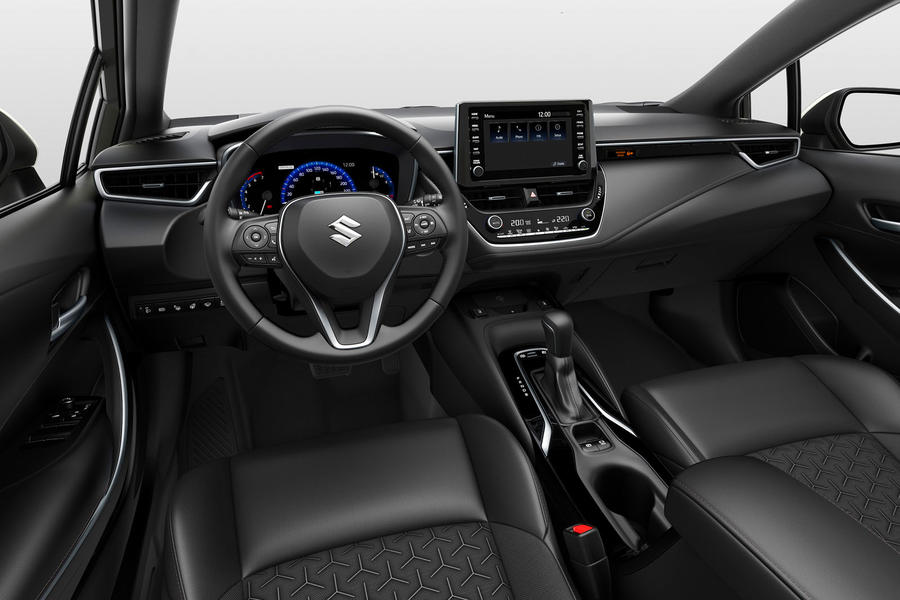 Inside, the differences between the two cars are minimal, with a largely identical dashboard layout aside from a new steering wheel, and a similar seats-up rear luggage capacity of 596 litres.

The new model will be built alongside the Corolla at Toyota’s UK factory in Burnaston, Derbyshire. Suzuki plans to sell 2000 units in its first full year on sale. 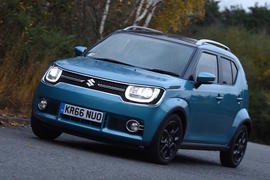 Total waste of effort on both

Total waste of effort on both parts, if you wanted a Toyota you would by a Toyota, there is little to no adjustments to the cars, but one has a worse warrenty than the other, Why is that ? if Toyota can think it will be good for 5 years then why not Suzi' has there been some adjustments that make the car less reliable.

The only good thing about the car is that the production will boost Burnaston, which at the moment is a great thing to happen, but to be honest, most people will see TWO cars that are the same, and if you see that same car costing £2k less for example, most would go for the lower one, discounting at Suzuki is a thing now.

The Company has not had a good history of mid range cars, they are world wide renouned for Small and SUV cars, they may not be the most profitable, but a profit is a profit, and selling millions of these cars shows that they are good at it, their decisions lately leave us wondering what clown is in charge, putting a stu[id engine in the brand new Jimny, a car that is a world wide phenomonen, it is an amazing little thing, but a few months after launch they remove it from sale, DUH !!!! Then there was the Celeriac disaster, having the brakes fail TWICE on the Journo test cars, seriously, then they dump models and ranges, it does not give the buyer any confidance in the company, i fear that Suzuki UK will be following the likes of Diahatsu, Proton, Mitsubishi and others, and will not be sold here, and that would be a very sad day....

OK so  first getting my head round the idea of Suzuki dealers selling Toyota products in their showrooms the Swace seems to make more sense than the rather expensive RAV4 based Across. In marketing speak the £27-5k Swace SZ-T sits above the price of the SZ-5 versons of the SX4 Cross and Vitara and is on a par with the sticker price of the mid range Corolla Touring Sports. The Swace isn't a bad car by any means quite the reverse,it's a good well priced vehicle that could sell to punters who don't fancy an MPV or SUV and if it doesn't well Suzuki haven't spent a fortune on developing it have they?

Past badge engineering practice within a company has changed into the same, but outside. The chosen name doesn't seem pleasant, certainly for people who know WWII history.