BACK TO ALL NEWS
Currently reading: Lister reveals 666bhp Stealth as Britain’s fastest SUV
UP NEXT
The next Hamilton? Autocar meets F1 prodigy George Russell

The Lister Motor Company has unveiled its 666bhp Stealth, which is based on the Jaguar F-Pace and claimed to be Britain's fastest and most powerful SUV.

In an attempt to prove its credibility, Lister staged a drag race between the Stealth, DBX, Bentayga and a Lamborghini Urus. Although the Urus does 0-62mph in 3.5sec, the Stealth has a higher top speed (195mph), enabling it to ultimately triumph in a straight-line sprint. Lister said the win “adds proof to its claim of being Britain’s fastest SUV”.

The Stealth is powered by an upgraded version of the 5.0-litre supercharged V8 engine found in the F-Pace SVR. As well as 666bhp, it generates 531lb ft of torque, which, Lister claims, is 22% more than the standard SVR. 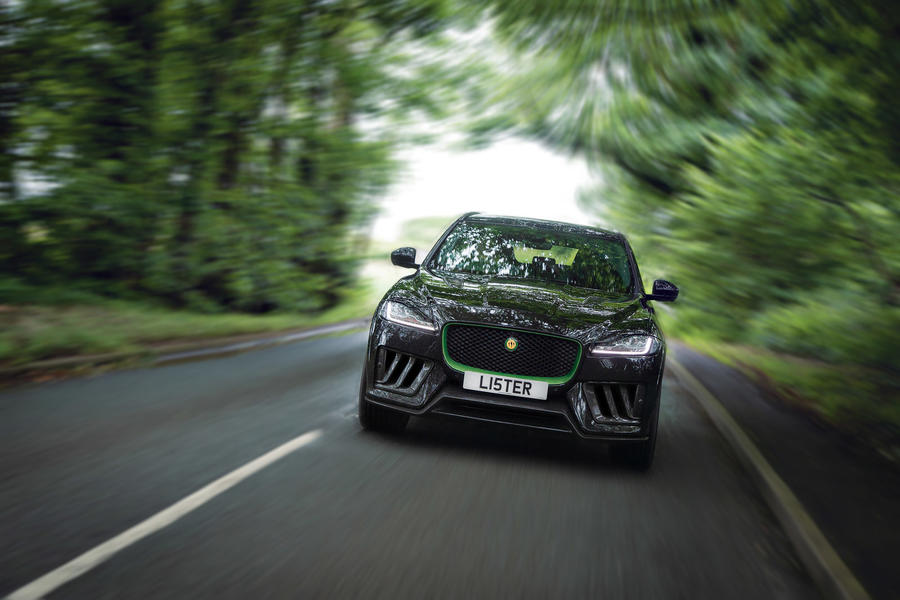 On the outside, the Stealth retains the SVR F-Type’s DNA, but with a few tweaks. The front bumper has been redesigned, with two large air intakes added to improve airflow to the engine, and a large carbonfibre rear diffuser sits in the middle of the reshaped rear bumper. Lister has also introduced carbonfibre side skirts and wider wheel arches.

On the inside, buyers can choose from 36 colours and 90 different stitching options for a Weir nappa leather-clad interior, covering all aspects of the cabin from the seatbelts and sport seats to the dashboard, steering wheel and rooflining.

The Stealth is the latest Jaguar-based luxury car produced by Lister, joining the Jaguar F-Type SVR-based LFT-666 coupé and LFT-C convertible. As with those models, only a small number of Stealths will be made, with production limited to 100 examples. Lister has yet to confirm a date for first deliveries but prices start from £109,950.

Lister boss Lawrence Whittaker said: “Creating Britain’s fastest SUV is not without its challenges, but our in-house design and development team have created a truly unique and world-class product with the Lister Stealth.”

Some brands are extremely

Some brands are extremely defensive of their badges and threaten copyright infringement on these sorts of tuners if they leave the OEM badge on. The law is unclear on whether such use is an infringement or not - but we know JLR's lawyers are extremely aggressive with things like copyright (see: Ineos). Lister may not have wanted a fight on this front. Or, it may be their choice.

If Lister didn't have a donor car, and they decided to build there own car from drawing board to showroom, how much do you think the starting price would be?

If Lister didn't have a donor car, and they decided to build there own car from drawing board to showroom, how much do you think the starting price would be?

Probably about the same amount you would have to pay for an Alpina if they had to develop their own car.  And they manage to leave the original manufacturer's badges on.

Pointless apart from an engineering exercise

unless you are at a track day every weekend