BACK TO ALL NEWS
Currently reading: Lexus LF-LC coupé spotted testing ahead of 2016 launch
UP NEXT
First drive: 2022 BMW XM prototype

The upcoming Lexus LF-LC performance coupé has been spotted testing for the first time ahead of its anticipated launch in 2016.

The 2+2 model, which was previewed by the LF-LC concept car at the 2012 Detroit motor show, will act as a flagship model for Toyota's luxury brand and will add Lexus to the growing ranks of car makers looking to challenge the £120,000 Porsche 911 Turbo.

Even from these early spy pictures, it is clear the production car will keep the same overall shape as the concept, albeit with some of its styling features slightly toned down. However, Toyota boss Akio Toyoda is said to be a big fan of the concept and has insisted that the production car doesn't stray too far from it.

Front-engined and rear-wheel-drive, the car will use an “advanced hybrid system” when it is launched, the company’s engineering boss Hideki Watabane has confirmed.

Although he wouldn’t elaborate, Autocar understands this will be a combination of a V8 engine and an electric motor, which together will give a power figure in excess of 480bhp. The engine could be the naturally aspirated 471bhp 5.0-litre V8 engine that also features in the firm's RC-F performance saloon.

Watabane said the Japanese company is finalising the “production of the technology” that will underpin the car, which is expected to be unveiled at the Detroit motor show in January.

The LF-LC concept, first shown in 2012, featured several driver-orientated details that are expected to reach production, including lightweight, race-inspired front seats and a racing-style steering wheel containing integrated controls including a start button.

It also featured a remote touchscreen system that allowed the driver to operate controls without shifting their position or altering their line of sight. Twin 12.3-inch LCD screens provide information and navigation displays.

It isn’t clear whether the production car is based on a shortened version of the next-generation LS or GS’s platform, or whether a new platform would be developed specifically for the car.

For production the car is likely to revive the SC badge, albeit as a far more focused sports car than the model that previously used the name until production ended in 2010.

Speaking to Autocar in 2014, Lexus Europe’s vice-president Alain Uyttenhoven revealed that a production version of the LF-LC was due as part of Lexus’s plan to launch a new model every year up to 2020. 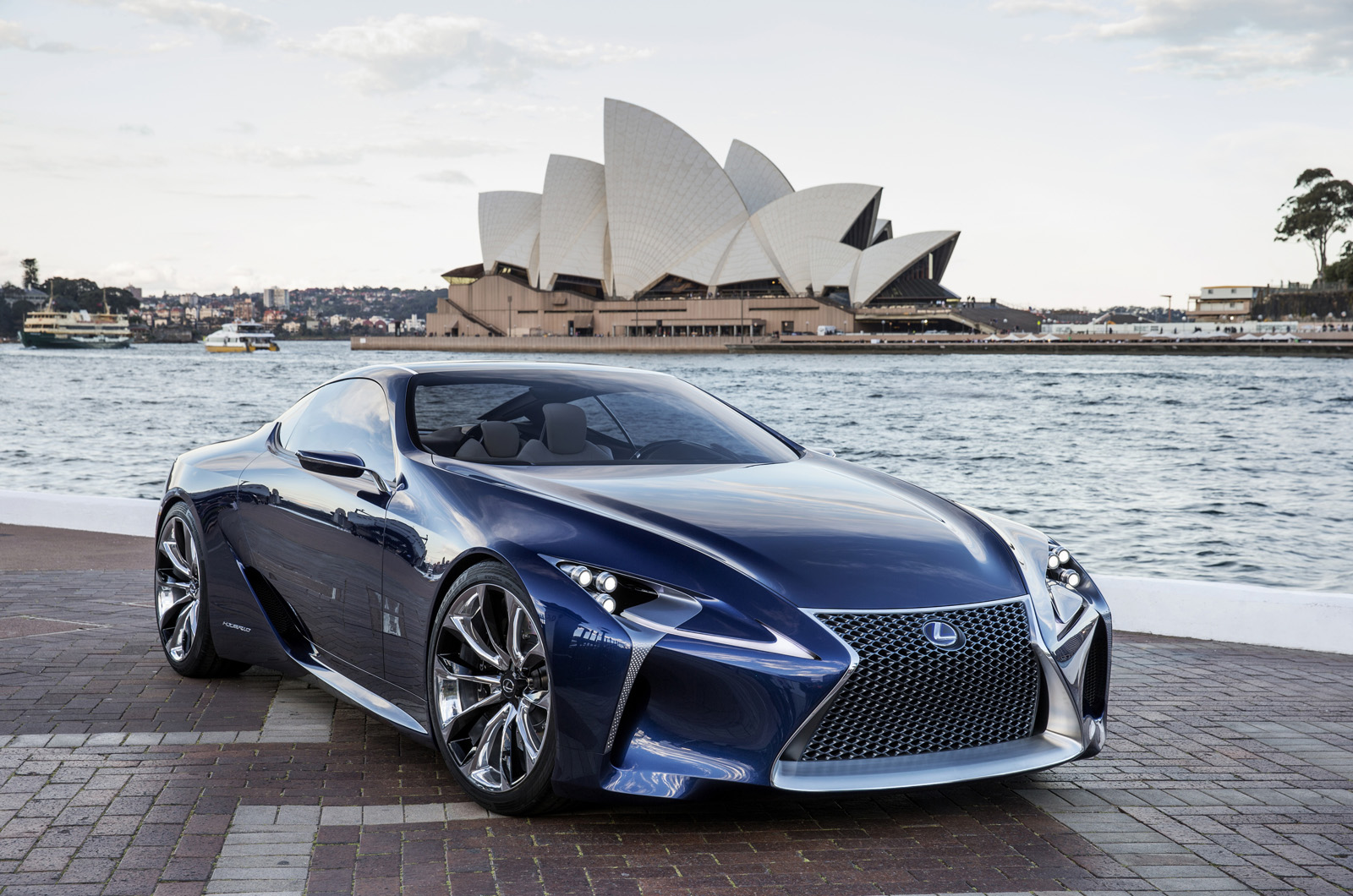 “The production LF-LC will not be a huge volume [car] for Lexus, but it will bring huge emotion,” he said. “One of our key priorities is to make Lexus a more emotional brand, and the appeal of this kind of car in the range is clear to us.”

The new model will assume the mantle of halo car from the £350,000, V10-powered LFA, albeit in a "more affordable way," according to Uyttenhoven.

“The LFA was an incredible project; it showed what we could do and it brought all sorts of positives to Lexus. One of our key priorities is to make Lexus a more emotional brand, and the appeal of this kind of car in the range is clear to us," he said.

Separately, sister firm Toyota is reportedly developing a significantly cheaper hybrid sports car with BMW. It has already been previewed as the two-seat Toyota FT-1, which was designed by the same US-based Calty design studio as the LF-LC concept.

The cars are part of a strategy to produce a new Lexus model each year, said Uyttenhoven: “Every year there will be a new model for Lexus; either a volume car like the NX or a model to boost brand image [like the LF-LC].”

That plan has so far resulted in the NX launch in 2014, followed by the RC Coupé and range-topping RC-F in 2015. The LF-LC is expected to be launched in 2016, with the new LS luxury flagship - previewed by the LF-FC concept at this week's Tokyo motor show - scheduled to arrive before the end of the decade.

The plan to introduce one new model a year is part of Lexus’s wider aspirations to double its European sales to 100,000 units by 2020.

The mirrors will have to grow due to regulations and they likely will have to bisect the grille for number plates. I am not sure about the wheel size and fascia either though, if those make it through, that bumps it up to about 95%. Here is hoping as the concept is really good looking.
PECHEUR 17 July 2014

Standout design, i hope it

Standout design, i hope it becomes reality. It will carry a hefty price tag so I ll drive this in my dreams, I will b more happy with that. Let the prodn. model stay exactly the same, cheers