Jaguar's most powerful road-going car, the XE SV Project 8, is on display at the LA motor show, marking the first time it has been seen since setting a new record for four-door cars at the Nürburgring.

Like most 'Ring record claims, timing was handled by the manufacturer, but it has released a video (below) showing the lap in its entirety to back the claim.

Nearing the end of its pre-production schedule and on course for customer deliveries from May 2018, the XE SV is the second special-edition model launched by SVO, following the Jaguar F-Type Project 7 in 2014. It will be hand-built at SVO’s Technical Centre in Coventry rather than alongside regular XEs in Solihull.

A Jaguar spokesman told Autocar that more than 100 XE SVs - a third of the total due for production - had sold before the car made its public debut at the Goodwood Festival of Speed. They added that news of the Project 8's 'Ring record will ensure that the "entire production run will be sold out soon".

Jaguar's £149,995 model uses racing-specification bodywork to produce downforce. It gets an adjustable front splitter, a flat underbody, a rear diffuser and carbonfibre bumper, and an adjustable rear wing.

Although the exterior looks broadly similar to the regular XE, it has been extensively reworked: 75% of the bodywork is new, with only the front doors and roof unchanged from the production models. In particular, the front headlights have been moved forward by 14mm to allow for extra cooling and engine work. 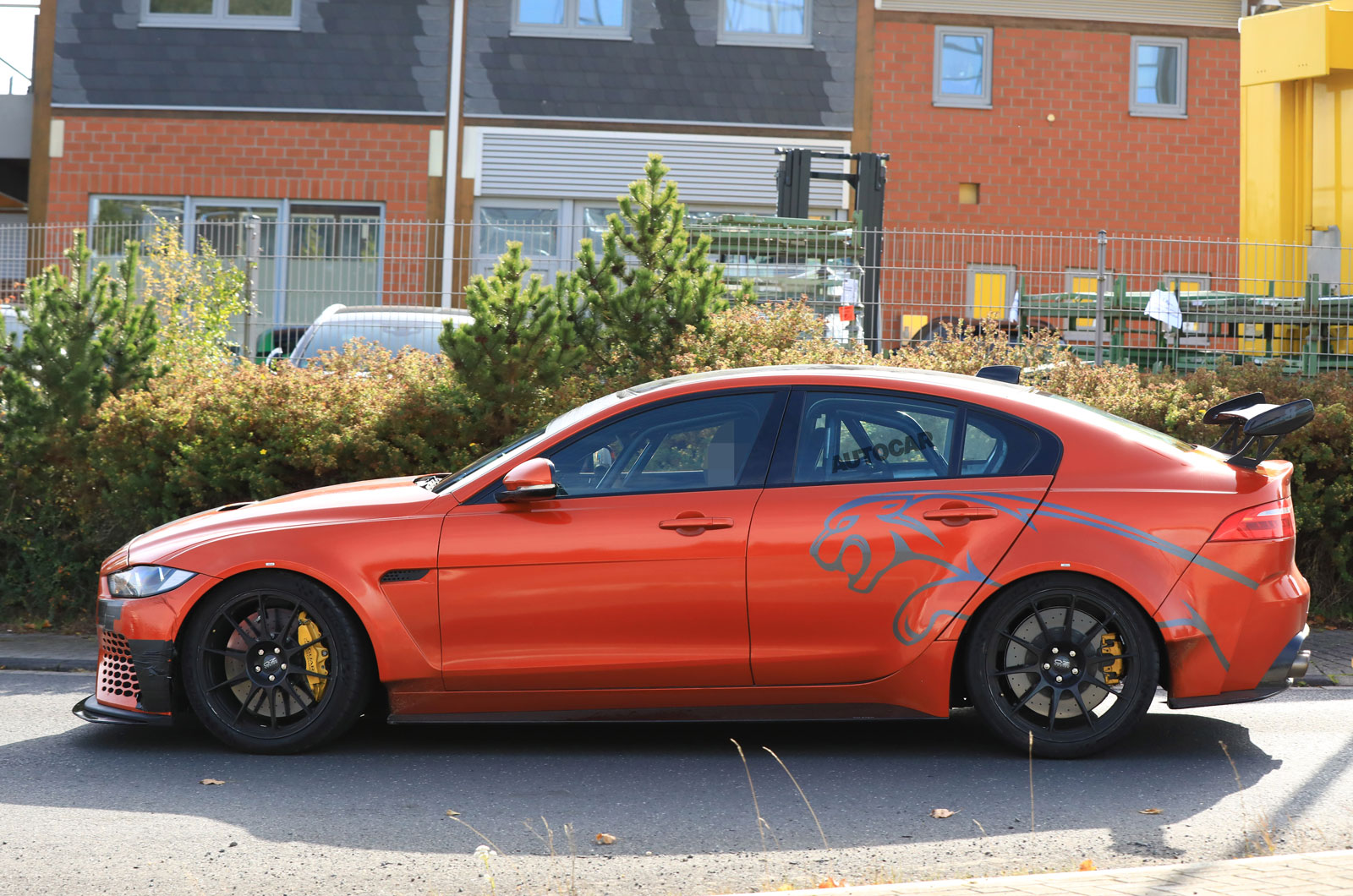 The Project 8 gets a bespoke carbonfibre bonnet that's 3kg lighter than the production version. It also includes an air extraction duct for extra engine cooling.

The car’s exterior has been developed with wind tunnel testing and computational fluid dynamics simulations. Jaguar says it has achieved a 205% reduction in lift in Track mode, with the car producing more than 122kg of downforce at 186mph.

SVO director Mark Stanton said: "Only the roof and front door skins of Project 8’s body are carried over unaltered from XE. Our astonishing Nürburgring Nordschleife record validates the success of such extensive changes.”

Hope the build on the customers cars are better than this one.

The shut line on the left rear of this car,s boot is terrible.

they wish they were all on one cheap platform but they're not. That was a big problem for JLR until recently with F pace and Velar on the same.

Also xe is made at castle

Also xe is made at castle Bromwich
View all comments (21)