The SVX badge is the work of Jaguar Land Rover’s Special Vehicle Operations unit, which is designed to signify the most off-road-focused variants.

Land Rover design boss Gerry McGovern has told Autocar that the new badge would be appropriate for Discovery models and “arguably Defender” when that launches later in the decade , but less so for a Range Rover. 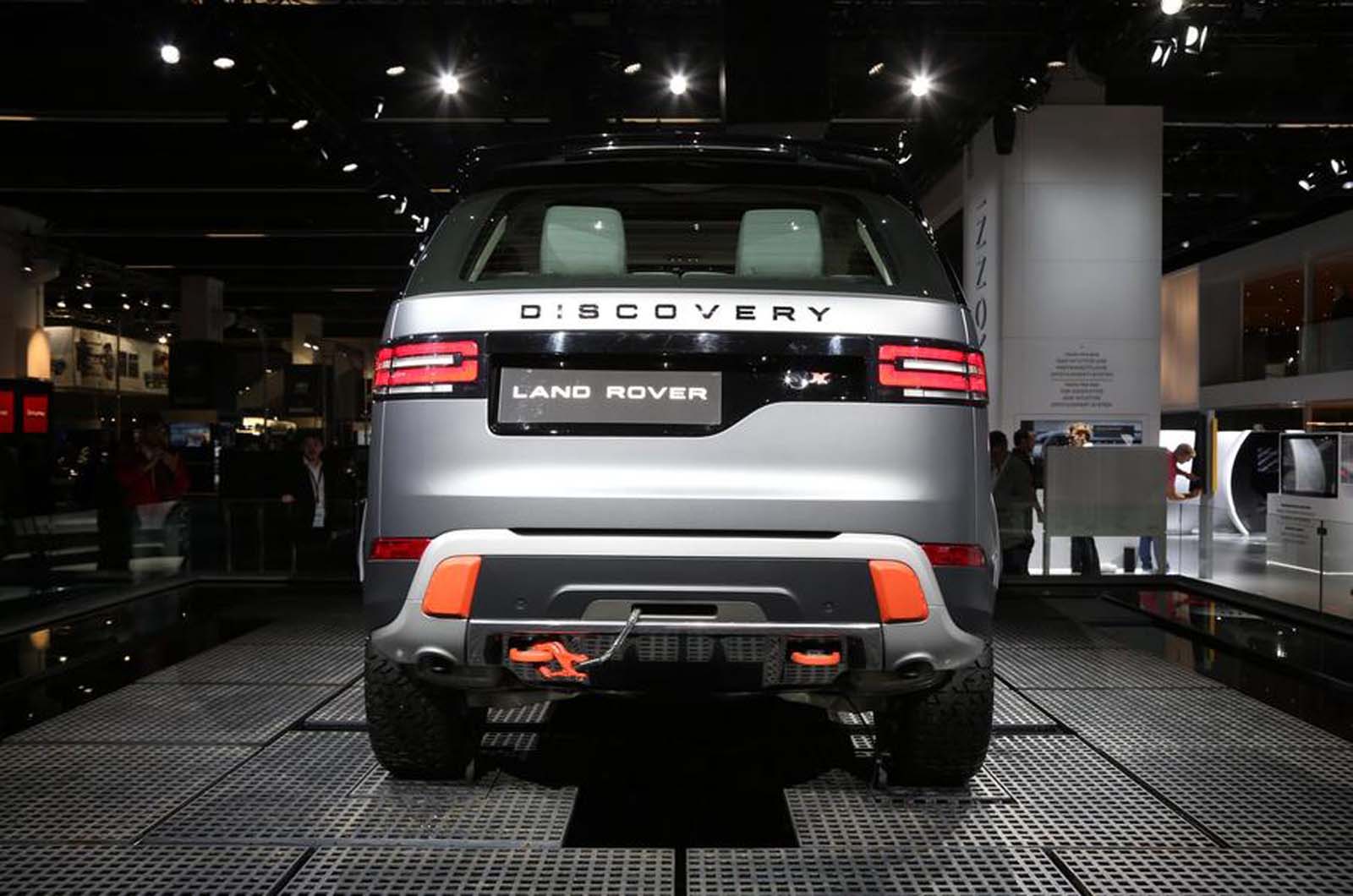 Jaguar design director Ian Callum, who gave the E-Pace SUV a public debut at the September show, has said the badge could be possible on a Jaguar too.

“We don’t talk a lot about the [off-road] ability of our cars because they’re road-biased,” he explained. “But they could have that capability as we have the tech in the group. I see the opportunity – if Land Rover can do SVR, we can do SVX.”

The toughness of the Discovery SVX also helps fill the gap in the Land Rover range before the new Defender is launched, according to McGovern. The “ultimate capability machine will be Defender”, he said, but noted the Discovery is “equally capable”. He added: “This is doing that [job] until it arrives.” 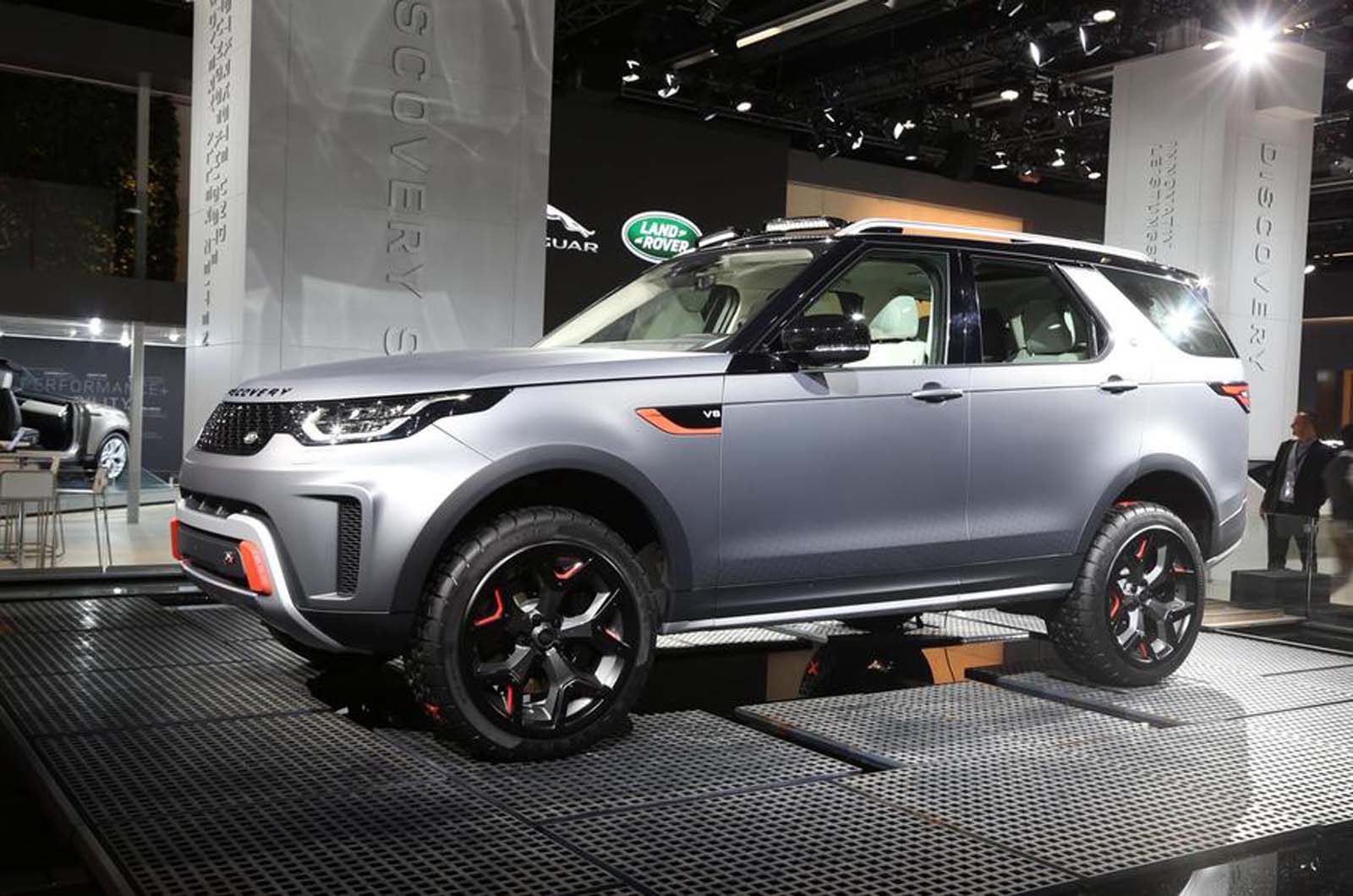 McGovern revealed the plush premium execution of the Discovery SVX – what he described as “premium durability” – was a direction the Defender was likely to follow.

“We have to stop thinking about function in a durable way,” McGovern said. “When you’re buying into the brand, you’re buying a premium product.”

He highlighted that materials can be both premium and durable, such as the satin paint finish, and while the SVX badge had moved the Discovery in a more extreme direction, it had also made it more premium.

“It’s not cheap,” McGovern said. “There are sophisticated surfaces, the premium durability. You think of stripping down to basics [for extreme off-road vehicles] but I don’t think people want that any more.”

in answer to T Stag. Many of us want a Landrover like the last discovery, a premium utilitarian piece of kit. The new one has just tipped into the realms, by my definition anyway, of a totally urban on roader, It lacks the internal and external ruggedness needed to be really useful. The only thing they got right was the addition of a dark headliner in the 5, as the disco 4 had an inexplicably light coloured one which in mine is now covered in mud, and general detritus from the car actually being used as a tool - it's the sort of detail you notice when the car is used as a workhorse. To quote a man from JLR, if you want a car,  Buy a 5, if you want a tool, buy a 4. Most people evidently want a car, and I am an exception/anachronism.

off road = on road & premium

I don't see the problem.

I don't see the problem. Clearly Land Rover don't want the next Defender to be just a utilitarian mud plugger. They want it to be the best off road vehicle in its class bar none, pioneering next off road tech and whilst also being refined enough to widen its appeal. Today that car is arguably the Toyota Land Cruiser. Why can't Land Rover take on Toyota?

Why make a cheap as chips Jeep? Do you know how hard it is to make profits in that way? And what's written by with the next Defender being best of class? Sure you may not be able to afford it but Rover said nice tried to make affordable cars and look where it got them!

"Defender, when that launches later in the decade"