BACK TO ALL NEWS
Currently reading: Jaguar E-Pace to follow XF and F-Pace with 2020 overhaul
UP NEXT
New 2021 Range Rover leaks ahead of reveal next week

Jaguar is planning a batch of updates for its E-Pace SUV, joining the upcoming 2020 XF and F-Pace in a brand-wide range overhaul.

First prototypes have been spotted undergoing road testing in disguise outside the maker’s development facilities in Gaydon, Warwickshire. The images don’t reveal much, but given what's covered up, we can expect a lightly reshaped grille and new lights at both the front and rear.

The grille-mounted front sensors appear to have been modified, too, suggesting Jaguar will introduce a more advanced array of driver assistance technology in the new model. 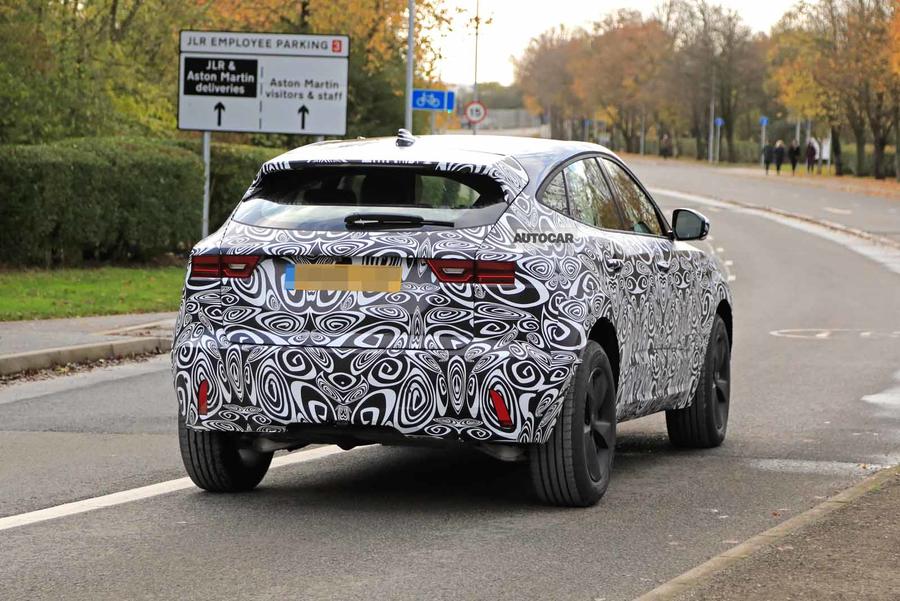 The interior is likely to be upgraded as well, but don’t expect the same significant overhaul as the 2019 XE saloon. For starters, the E-Pace already has Jaguar's latest gear selector design and rotary dial climate controls, but we could still see material upgrades and a new generation of intotainment system introduced.

Don’t expect significant changes to the engine range, either. The current crop of two diesels (available in front or four-wheel drive and with a manual or automatic gearbox) and two four-wheel-drive petrols aren’t exactly old hat, but the range could be slimmed down in order to reduce complexity, as with the XE.

A Jaguar spokesman told Autocar that the facelifted E-Pace would be launched next year. We expect the older XE and F-Pace to be updated first, as the E-Pace only launched in 2018, so the latter will likely arrive near the end of the year.

I hope this involves moving the car from the 1st generation Evoke chassis to the lighter new-gen evoke chassis with a more sporting tune. The weight of the current Epace and its consequence for MPG and handling put me off purchase

I doubt the revised chassis will have much effect on its weight.

I hope this involves moving the car from the 1st generation Evoke chassis to the lighter new-gen evoke chassis with a more sporting tune. The weight of the current Epace and its consequence for MPG and handling put me off purchase

Wishful thinking..... I genuinely like the E-Pace but objectively it's comprehensively outclassed by a Skoda Kamiq 1.5 DCT, not alone the German Premiums.... There's only so much Ian Callum styling can do. I wonder what Jaguar management were thinking of ? Is Jag playing second-fiddle to Land Rover ? Oh yes.....

I wonder when the 'Pivi Pro'

I wonder when the 'Pivi Pro' infotainment system from the Defender will start to appear in the rest of the range. it certainly looks much more modern and intuitive.

Theyve got quite a few new models on the roll out at the moment.