BACK TO ALL NEWS
Currently reading: Future classics: eleven used performance SUVs set to increase in value
UP NEXT
Rodin FZero: V10 weapon aims to be world's fastest car

The combination of high ride, off-road ability and lots of power is always appealing. These are the fast SUVs that could soon appeal to collectors
Open gallery
Close

The performance SUV isn't a new phenomenon, but a near insatiable appetite for high-riding and off-road capable cars has led to a boom in recent years.

With so much choice, however, which models are most likely to see a return on your investment? We asked the experts at automotive data company Cap HPI to pick eleven cars that have the potential to become collectors' items.

The performance SUVs most likely to rise in value

One of two cars that brought Alfa’s iconic cloverleaf badge back into relevance, the Stelvio Quadrifoglio is also one of the best-handling performance SUVs to have ever completed the demanding Autocar road test. With the same twin-turbocharged, 2.9-litre six-cylinder engine as the Giulia QV, producing 503bhp, it is capable of a 0-62mph sprint time of less than four seconds.

More impressive is its breadth of ability, with the sharp steering and keen response of a sports car proving quite the handful for those inexperienced with its aggression. Relatively low volumes in the UK should ensure that it becomes a well-regarded modern classic faster than most. 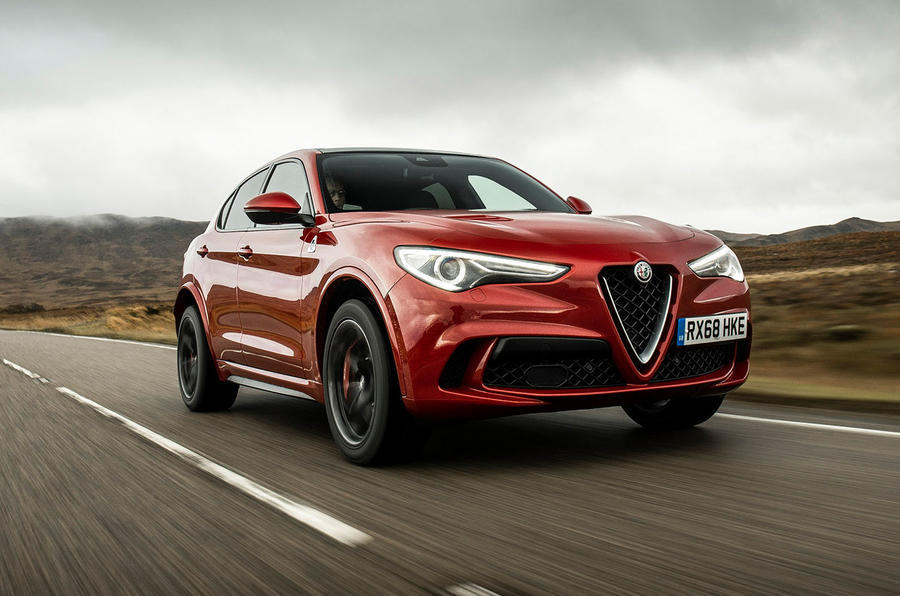 The first-generation RS Q3 wasn’t just the first time Audi Sport had given an SUV the full RS treatment - it was essentially the first car of its kind, beating rivals BMW, Mercedes and Land Rover to the punch with a fast compact 4x4.

It received the 2.5-litre, five-cylinder engine seen in the RS3 hot hatchback, with 362bhp and 343lb ft on tap in Performance guise. Signature Quattro handling and Audi’s familiar interior made it a well-rounded, high-riding alternative to a traditional hot hatchback.

Having only seen three years of production, it has already gained a following, and is still holding strong resale values in light of Audi’s recent announcement of a successor. 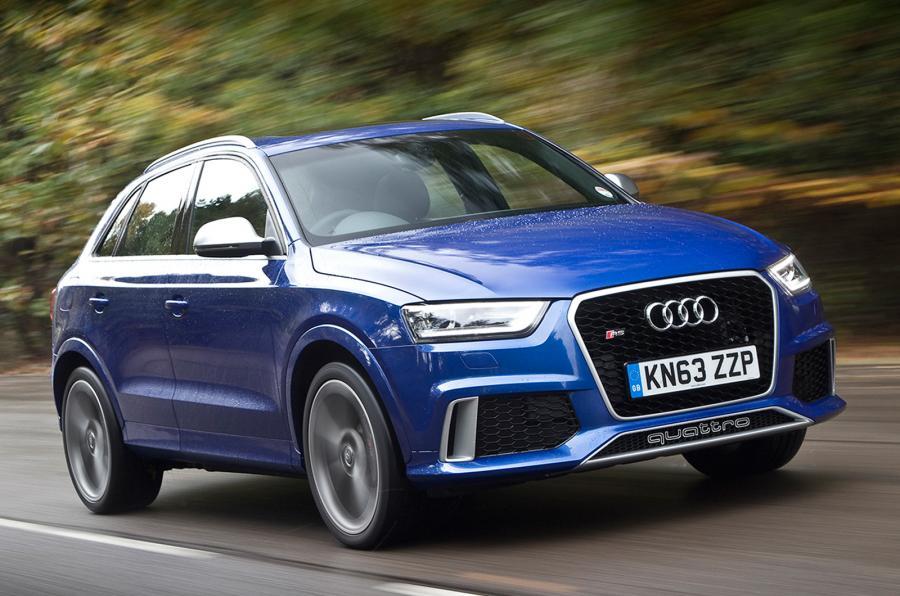 At one point mooted for an RS badge, the V12-engined Q7 was a well-built diesel powerhouse that only saw very limited numbers produced. 493bhp and a colossal 737lb ft of torque helped it reach 62mph in 5.5 seconds - a stellar effort for something weighing more than two and a half tonnes.

The engine is sometimes mistakenly described as being developed for motorsport, with the R10 TDI endurance racer’s Le Mans win cementing its legacy, though the version that ended up in the Q7 was 6.0-litres rather than 5.5, At launch, the V12 would set customers back just shy of £100,000.

Widely considered to be the ultimate version of the first-generation Q7, the V12 still commands a higher-than-expected price given its advancing age. 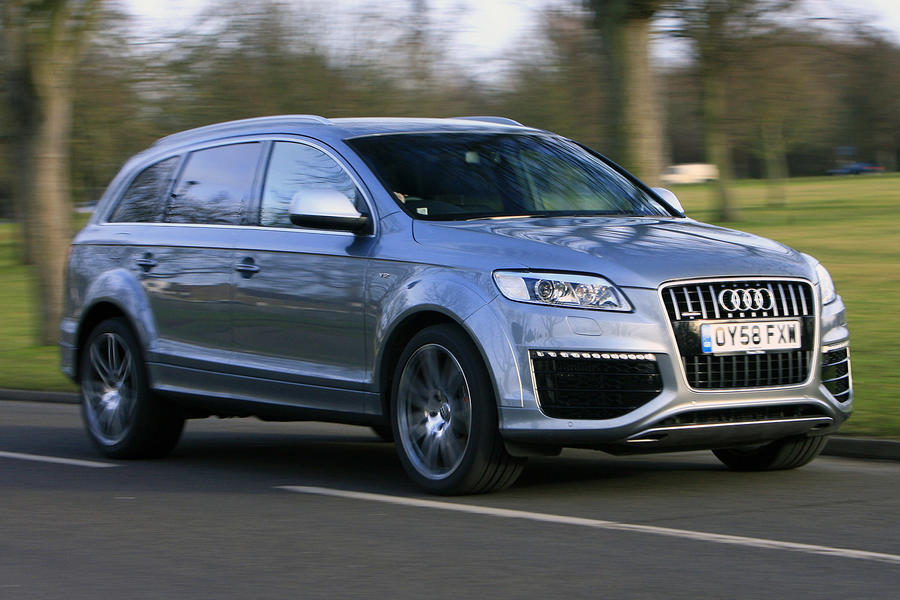 Read more: Quattro: the car that made Audi​

Once the vehicle of choice for Premier League footballers, the H2 first hit US roads in 2002 with a 6.0-litre, 312bhp V8 driving all four wheels. It was much more manageable than the H1, which was a road-going version of the Humvee military personnel transporter, though all UK examples were imported and will be left-hand drive only.

With fewer cars being offered for sale, and the newer H3 having been type-approved for the UK so available in larger (though still limited) numbers, the H2s that are left still command good values. As a car that will never be mistaken for anything else, cult classic status seems assured. 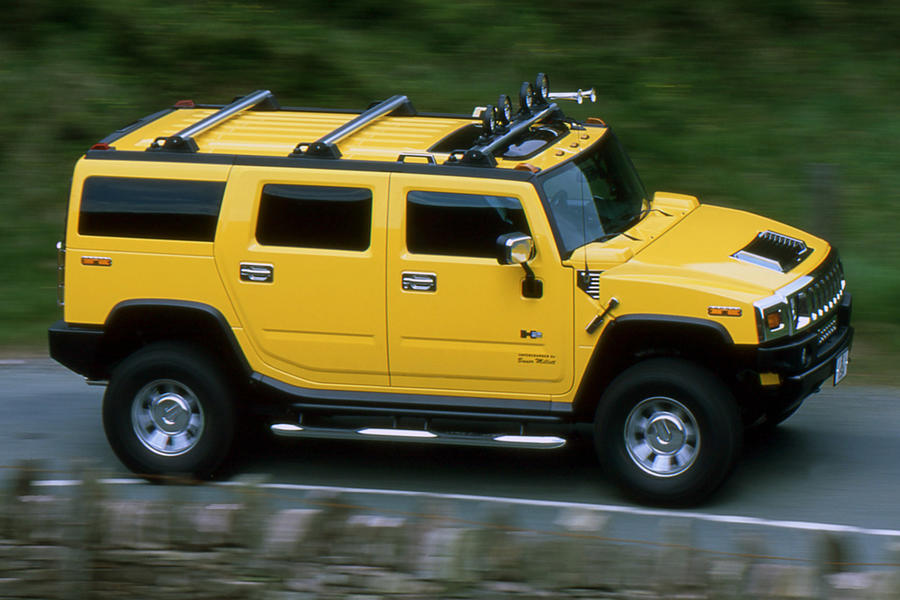 When the original Range Rover Sport entered the market in 2005, Land Rover had yet to establish its Special  Vehicle Operations division, and so this supercharged 4.4-litre V8 was the flagship model. It had a black Land Rover badge instead of the familiar green one, and almost 400bhp under the hood for truly rapid performance relative to its size and weight.

While it has less distinctive styling than the later SVR models, the supercharged Sport is still no shrinking violet, with twin tailpipes and a bespoke grille helping it stand out. This undoubtedly helps with its exclusivity, and the chances of it reaching classic status.

It’s also among the most affordable models listed here, with current second hand values in the region of £9000 to £14,000. 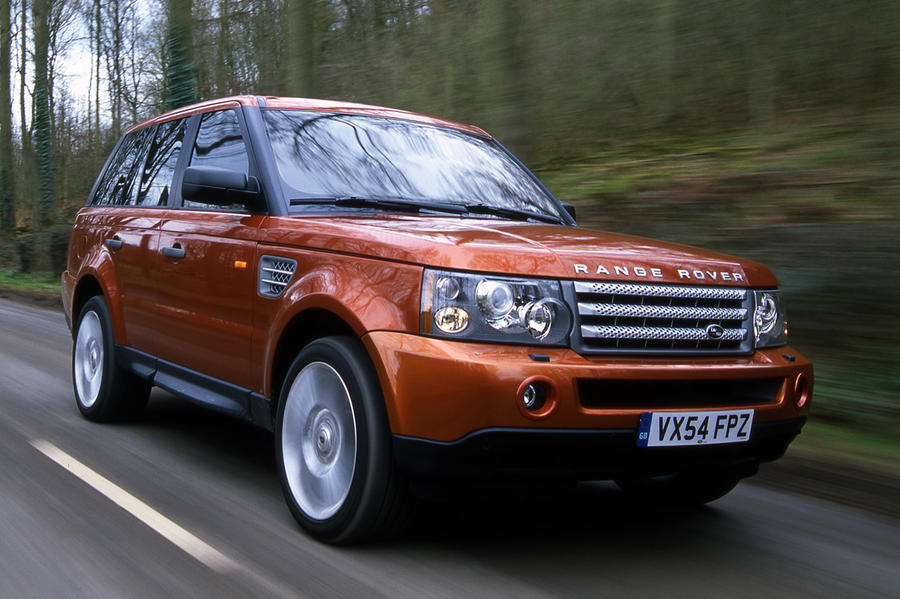 The most powerful Land Rover in the company’s history when it first debuted, the Range Rover Sport SVR’s 5.0-litre supercharged V8 engine was good for 542bhp - and was accompanied by one of the angriest-sounding exhaust notes found on a production car.

It has built a strong following, and is still proving popular with new customers. This could be down to the SVO department’s willingness to customise cars for clients, although what one person finds appealing may dent prices for others.

Depending on the degree of personalisation, current retail prices vary between £55,000 and £110,000. 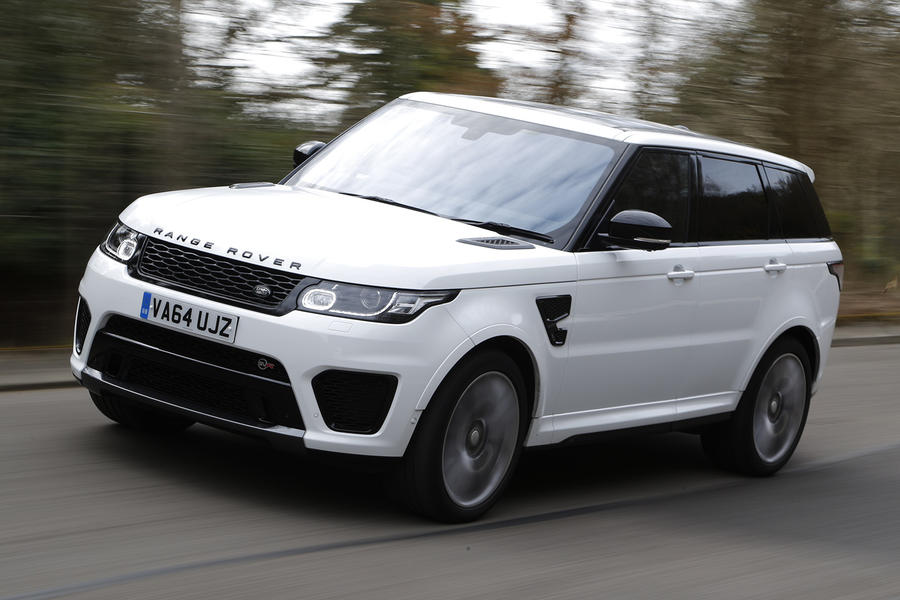 Easily overlooked by those unaware of the engine hiding underneath its vast bonnet, the ultimate Grand Cherokee has the same 6.2-litre Hemi V8 as the Dodge Challenger Hellcat. It produces a mammoth 700bhp and 640lb ft of torque, for a 0-62mph time of 3.8 seconds - faster than a Ferrari F40.

While by no means a low-cost car at launch, £90,000 was significantly less than you’d pay for a similarly performative sports car. It was only brought to the UK in very limited numbers, with 20 cars set aside for import. 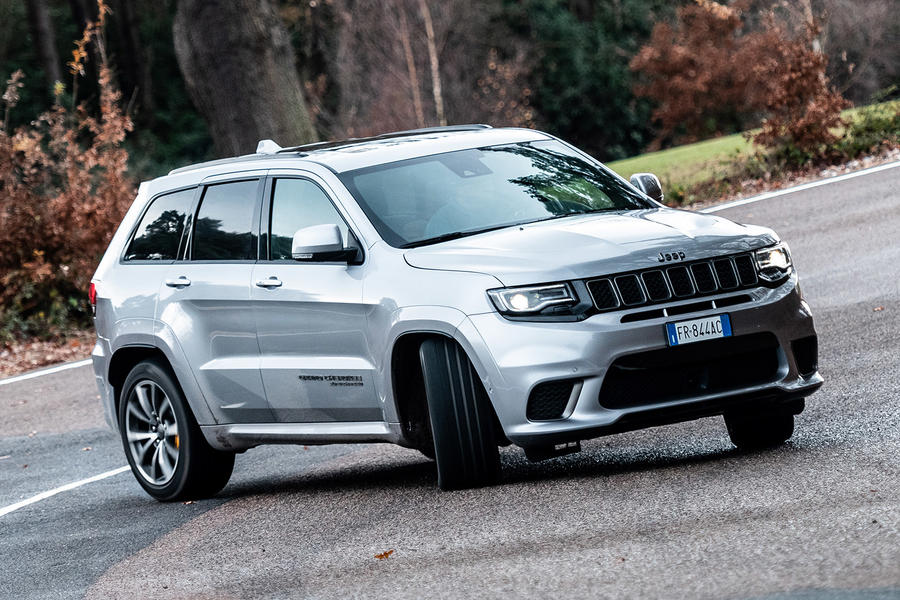 Now available in a choice of standard SUV and coupé body styles, the GLC is a good-looking car that doesn’t scream performance. Less aggressive than some of Affalterbach’s models, but no less capable, its 503bhp eight-cylinder engine can easily propel either shape to 62mph in less than four seconds.

Still a relatively new arrival, it will take some time before the GLC 63 hits true classic status, but the presence of an AMG badge seems that it’s more a case of when, not if, it becomes a collector’s item. 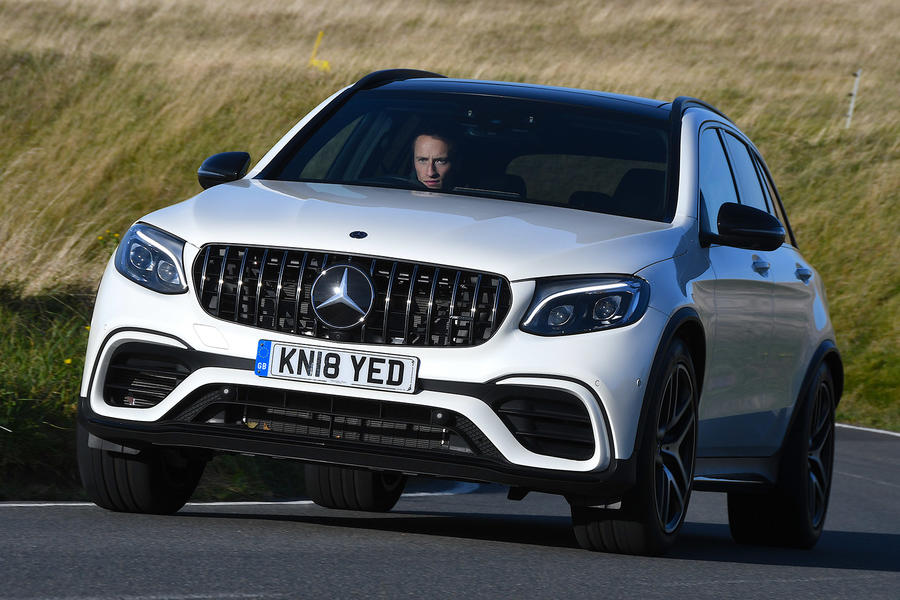 You shouldn’t assume that anything with a Porsche badge will eventually become desirable, but the most potent version of its smallest SUV seems more likely than most to make the grade. The Macan Turbo is subjectively better looking than the less sculpted Cayenne (something the Cayenne Coupé would go on to rectify), and has a fantastically balanced chassis that makes it a pleasure to drive.

A twin-turbocharged 3.6-litre V6 petrol engine produces 394bhp with the Performance and Sports Chrono packages optioned, yet it can be surprisingly economical when required. Few performance SUVs can also be as usable every day as this. 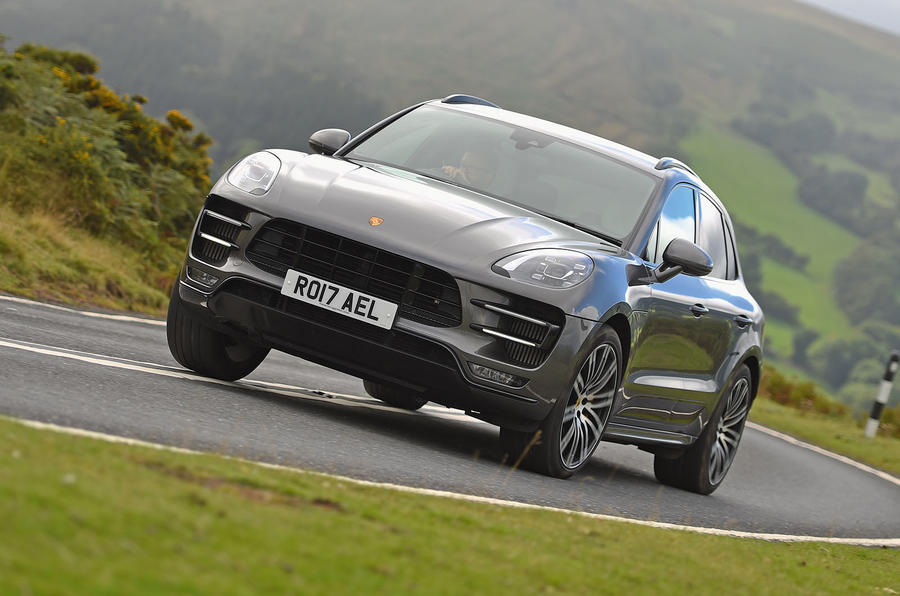 The first-generation Cayenne is ageing well, and already starting to become quite a rare sight on our roads as owners trade up for newer models. Great driving dynamics and the Porsche badge has helped it stay relevant against current rivals.

Power came from a 4.5-litre twin-turbocharged V8 with 514bhp and 530lb ft in reserve, helping the two-tonne SUV reach 60mph in five seconds flat. An updated model later saw that engine upgraded to a 4.8-litre block with 562bhp on tap, lasting only two years before the second-generation Cayenne made its debut. 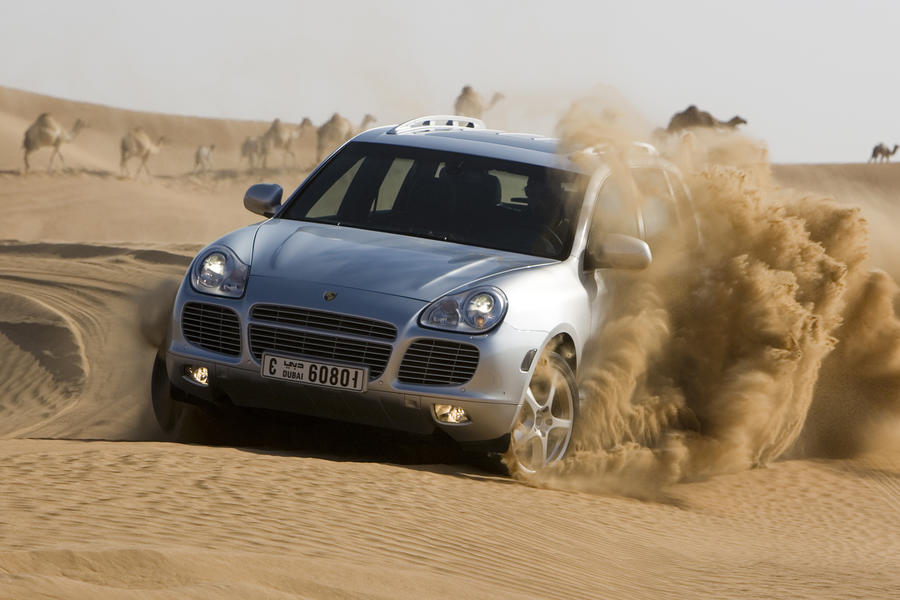 With no petrol V8 version officially sold in the UK, those seeking a powerful yet practical 4x4 could equip Toyota’s venerable Land Cruiser with a 4.5-litre, twin-turbocharged diesel engine. Though a claimed 0-62mph time of 8.2 seconds won’t challenge any of the other cars in this list, few will feel as at home on the rough stuff.

For all-round off-road ability and perhaps the need to tow, a Land Cruiser could be the modern classic you aren’t afraid to drive more than a few times a year. They are built to last and extremely reliable, so a safe bet even if prices don’t rise as quickly as other SUVs. 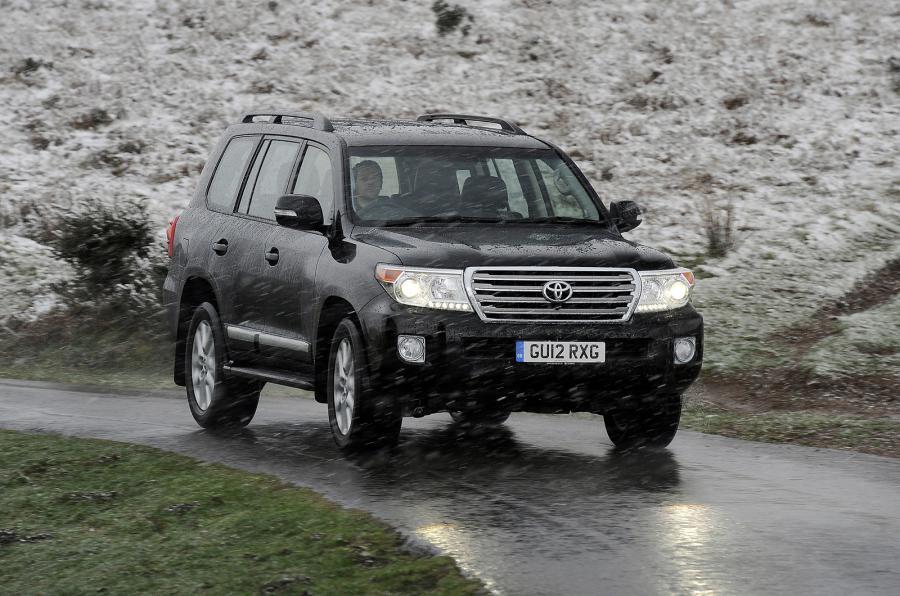 Future classics: the 10 cars most likely to make you money​

Antiques Roadshow: how your classic car is valued​

19 SUVs on the verge of classic status​

This is a wind up surely?