BACK TO ALL NEWS
Currently reading: Antiques Roadshow: how your classic car is valued
UP NEXT
Hennessey guns for speed record with 300mph+ Venom F5 Roadster

Antiques Roadshow: how your classic car is valued

Want to know how much your ageing pride and joy is worth? Then roll along to one of Hagerty’s valuation surgeries
Open gallery
Close

With the right lighting, a dash of make-up and a pair of 10-inch heels, Marcus Atkinson could pass for Fiona Bruce hosting an episode of TV’s Antiques Roadshow. But while the popular presenter gets to swan about in country houses with a TV crew in close attendance, Atkinson is, when I meet him, standing in what looks like a cattle shed off a busy roundabout near Leominster, with some colleagues and a clipboard.

No matter; like Fiona, he too has a queue of antique lovers to deal with, although rather than bringing him an old trouser press or a teapot for valuation, they’ve actually arrived in their heirlooms and collectables. 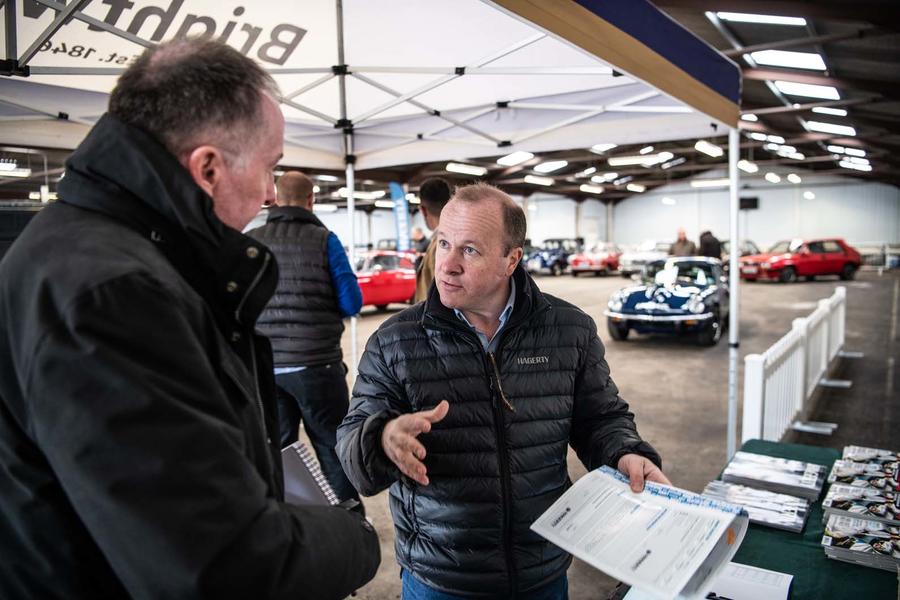 Cedric Egby is one such antique lover. The 76-year-old former Electricity Board accountant has motored 20 miles from his home in Knighton in Wales at the wheel of his 1969 Series 2 Jaguar E-Type 4.2 convertible, ostensibly for a chat and a coffee with like-minded enthusiasts, but really to hear what Atkinson’s team think his Jag is worth.

“The E-Type is still the world’s most beautiful car,” he assures me, patting its bonnet. “This one was imported from the US in the 1990s when prices went loopy, and converted from left- to right-hand drive. I paid £38,000 for it seven years ago. It was a boyhood dream come true.”

The ‘cattle shed’ we’re standing in is actually one of the smart new buildings at Brightwells Auctioneers and Valuers, a long-established business based in Leominster that holds regular auctions of everything from modern and classic cars, through plant machinery to antiques, horses, houses and fine wines. It’s the perfect base for Atkinson and his team from Hagerty, an insurer specialising in classic cars. 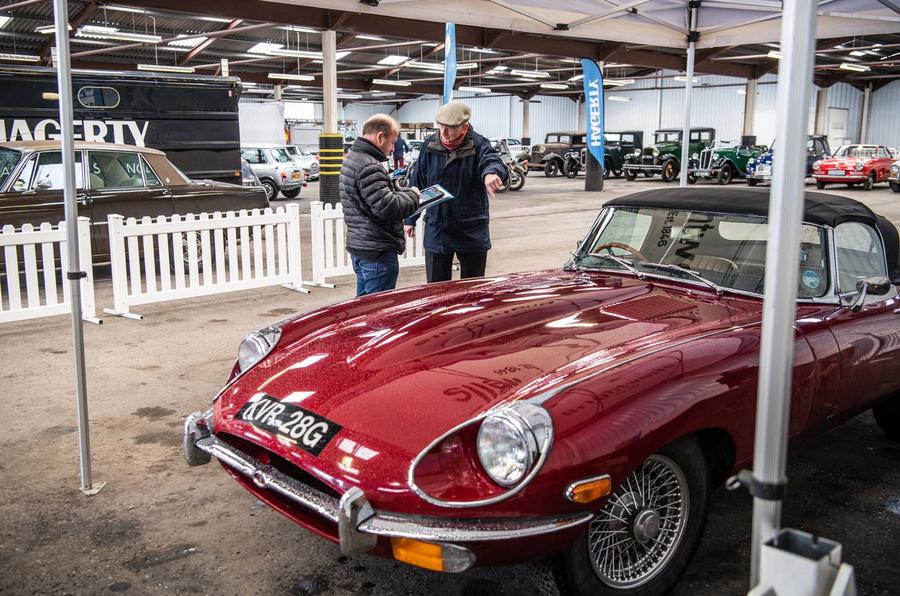 They’re here for the day and have invited classic car enthusiasts like Cedric to bring their precious motors for an inspection and valuation. It’s a service Hagerty performs across the country at club events and shows. An owner registers their car and for £15, which the insurer donates to charity, Atkinson and his experts produce a detailed five-page report on it. Individual components are rated and photographed, following which the car is awarded a condition status across five levels ranging from project to concours.

And then comes the bit the owner has been waiting for: the Hagerty valuation, a figure calculated with reference to the car’s condition and to the insurer’s vast database of classic car prices.

Why does the company bother? In short, because it insures its customers’ cars on an agreed value basis. This means that should it have to write off a vehicle, it will pay out the value agreed at the policy’s commencement, rather than a portion of it, as is the case with typical motor insurance policies. It’s in Hagerty’s interests to know precisely what each car it’s insuring is worth at the outset. 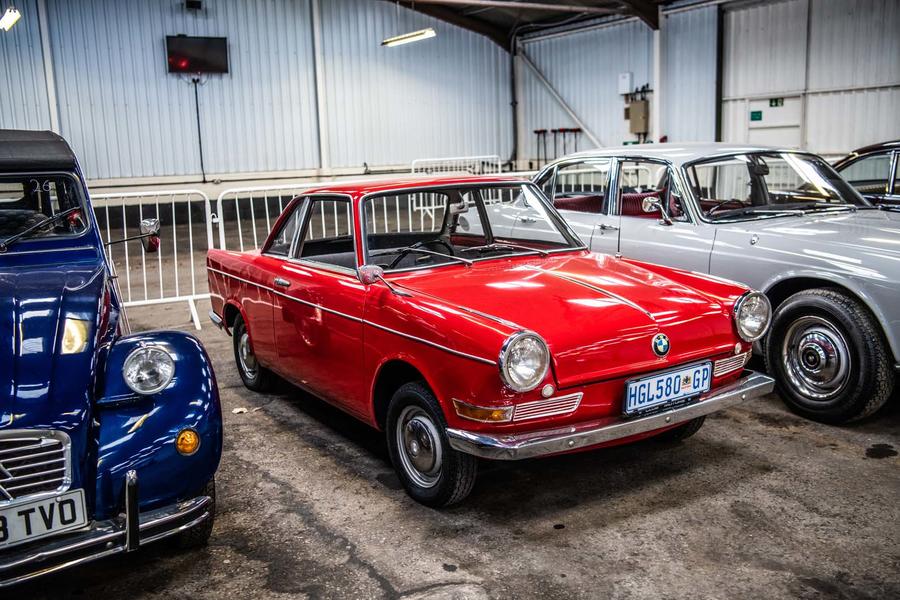 Thirty-five owners registered for today’s inspection and valuation. Cars include a few E-Types, an Alfa Romeo GT Junior, a Daimler E20 and a Porsche 911 (996).

In an inspection bay, Charlie Patterson, one of Hagerty’s valuations underwriters, is scrutinising the engine of a 1972 Rover P6 3.5 V8 S.

“Clues to a fastidious owner are how wiring is routed, whether bolts match and the quality of rubber hoses and clips,” he says. “Everything on this car points to careful maintenance. It’s in excellent condition.”

Waiting its turn behind the Rover is what looks like a Citroën DS 21 convertible. Patterson raises its bonnet and we marvel at the lovingly crafted VIN plate on the bulkhead.

In fact, it’s even rarer than that, as the car’s owner, Simon Haskew, explains: “It’s one of three replicas made by a British company. I paid £26,000 for it in 2006. The VIN plate was a little touch I added later.” 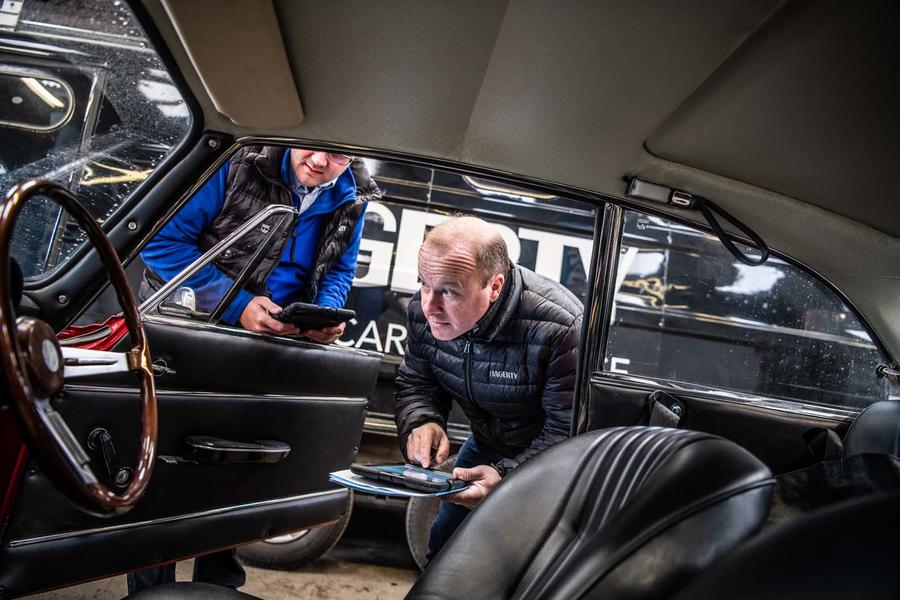 Elsewhere, Atkinson is inspecting a pretty Triumph GT6. Its owner bought it as a wreck six years ago and had it restored. The man from Hagerty likes it a lot, pleasing its owner who plans to sell it. He may need all the luck he can get.

The Hagerty Classic Index tracks the values of 50 benchmark models. From April to December last year, they rose just 1.07% compared with the year before. It was the smallest increase since 2012, when the index was launched.

“The market’s in an odd place at present,” says John Mayhead, editor of the Hagerty price guide that contains more than 2000 models and over 40,000 individual values. “People are being cautious and prices that were beginning to overheat last year are now starting to cool. 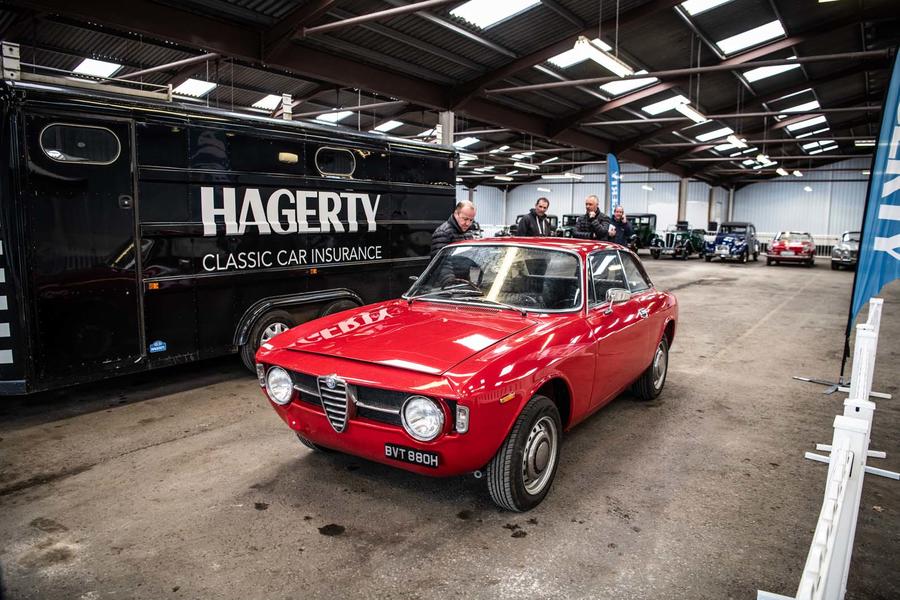 “On the one hand, stars such as the Lancia Delta Integrale continue to outperform the market and others, such as the Porsche 924 and Mercedes SL R107, are gathering pace. On the other, values for some former stars such as the Ferrari Testarossa and 308, Aston Martin DB4 and Jaguar E-Type are cooling off rapidly. In fact, of the 2000 models we tracked at the end of 2018, a quarter of them had fallen in value.”

Nevertheless, Mayhead is optimistic about the year ahead: “Classics that are usable, either as a family car or for rallying and racing, are still in demand. The market is a canny one now and buyers want value for money.”

If you fancy a flutter, Mayhead’s tip is to get into an ordinary but interesting car from the late 1980s and early 1990s. He says: “We’ve a contact who’s just bought eight Peugeot 309s of all types, not just the GTI. It doesn’t have to be the performance version of a car these days. If it’s interesting, a bit rare and good value, there’s a market for it.” 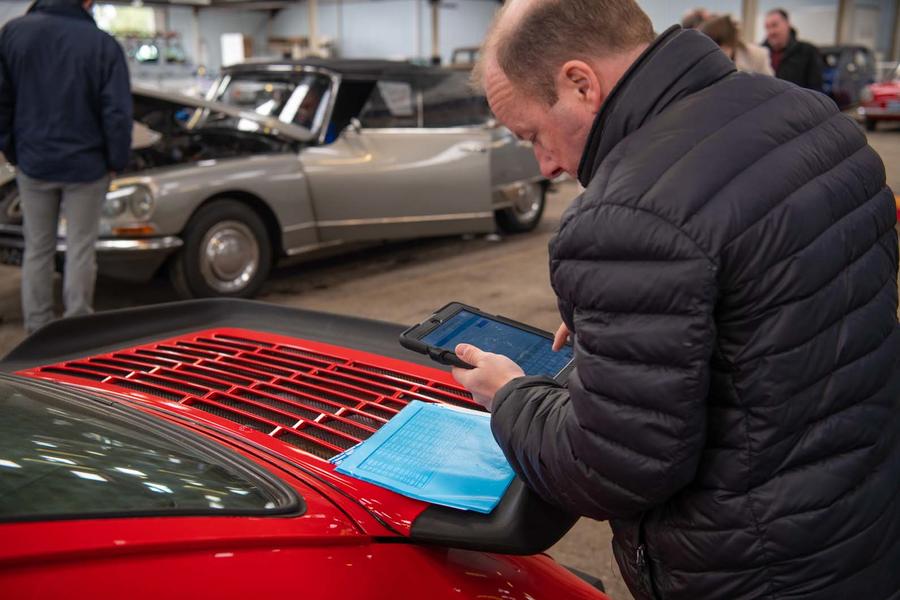 But is there a market for Cedric’s E-Type? The retired accountant sips nervously from a cup of coffee as Atkinson examines his car.

“It’s good,” he declares. In Hagerty-speak that means it runs well, would pass an MOT and looks good to the inexpert eye. It sounds like faint praise to me, but then Atkinson does his Antiques Roadshow thing and announces his valuation: “£65,000.”

Cedric grins. He’s looking forward to his drive back to Knighton.

The good cars that were treated unfairly​

Having owned several classic Jags, the first to fall in value are the U.S. imports converted to RHD.
jag150 21 July 2019

Classic cars ,like houses,are massively overvalued. When the drop comes, it will be brutal.
LP in Brighton 21 July 2019

It means that more enthusiasts will be able to buy them, and they'll be owning them for the right reason - to enjoy restoring and using them and not as a means of making money. A strong stable market is surely much better than a volatile market of the past.