BACK TO ALL NEWS
Currently reading: Four-wheel-drive 'key' to hot Volkswagen ID 4 GTX EV
UP NEXT
BMW opens door to M1-inspired electric supercar

Volkswagen technology chief Matthias Rabe says the company has chosen to base its first electric performance model on the ID 4, a 4.6m-long SUV, so it can take advantage of four-wheel-drive.

As first revealed by Autocar, Volkswagen is set to introduce the GTX badge for a range of hot ID models. But while the Golf-size ID 3 seems a natural choice for a sporting model, Rabe confirmed our report that Volkswagen’s first hot EV will be a version of one of the two SUVs that are set to spawn from the ID Crozz concept.

While he declined to comment on the use of the GTX badge – designed match the existing GTI, GTD and GTE brands for petrol, diesel and plug-in hybrid machines – he did confirm Autocar's report that the first series performance electric model would be based on the ID 4.

Rabe noted that the initial electric performance cars would appeal to “different customers” from long-time GTI fans. He said using the ID 4 “makes sense” because it will be offered with a twin-motor set-up that offers four-wheel drive and extra power, while the ID 3 hatch will only be available in single-motor, rear-wheel-drive form. 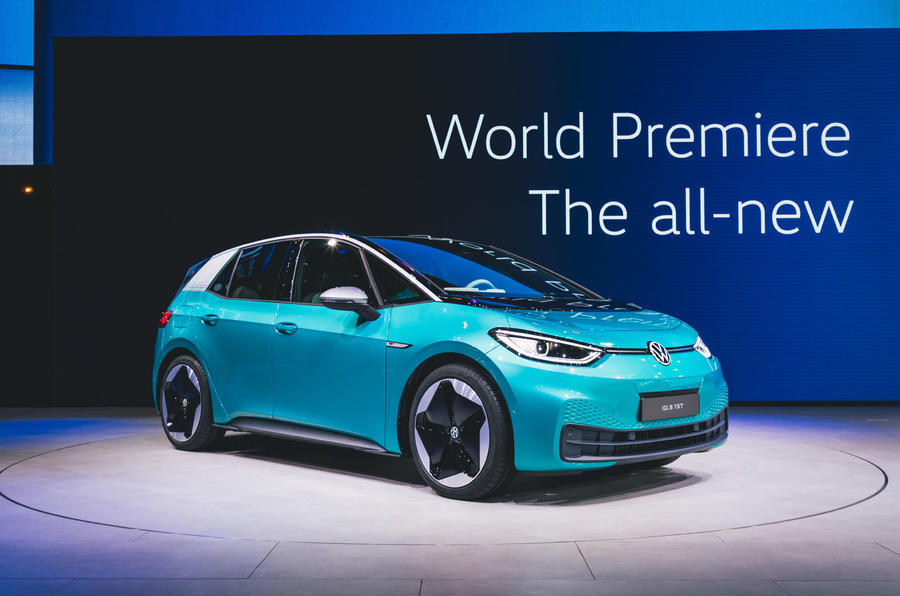 “At the moment, we need four-wheel drive for the performance version,” said Rabe. “I drove a component test car [for the ID 4 GTX] recently; you get fantastic response and can make fantastic drifts. It’s easy to control and will do exactly what you say.”

The ID 4 will initially launch with a rear-drive powertrain expected to offer up to 201bhp and 229lb ft of torque from a rear-mounted electric motor. It will be followed by a four-wheel-drive model that adds a front-mounted motor, taking its overall output to 302bhp and 332lb ft. The model will be offered with a rnge of battery sizes, the largest of which will offer a range of around 310 miles.

Rabe didn’t rule out an ID 3 GTX being produced at some point, saying that it would “make a fantastic sports car”.

When asked whether the hot hatch had a future given the rise of electric cars, Rabe said: "With electrification, we will see some other possibilities for compact sporty cars. In the ID family for sure  we will see some sporty versions, but in a different way."

The ID 4 SUV will be followed by a coupe version badged ID 5, and that model will also gain a hot GTX version utilising the same powertrain.

Volkswagen’s R division is currently working on high-performance electric models, and the first of those is set to be an ID 3 R. Due to be launched by 2024, the model will feature four-wheel-drive along with extensively reworked motor and battery systems. The powertrain and batteries will be developed with help from Volkswagen Motorsport, using its learning with the record-breaking ID R hillclimb machine.

What's happened to the

What's happened to the conceptually strong & perfectly styled Bulli or iD Buzz or whatever it's called these days?

is he saying only SUV's have AWD and  AWD or 4WD saloons, estates, hatchbacks, coupes or sports cars dont exist?

I have never heard such nonsense..

Can we not just have a conversation about cars?

This campaign of yours is pretty tiresome for the rest of us.