Polestar has opened its first UK customer experience space in the heart of London’s Westfield shopping complex, the biggest retail centre of its kind in Europe.

The new Westfield showroom, designed to display cars and explain the marque’s philosophy and model range to passing shoppers, is staffed by “specialists” who won’t earn commission but will direct customers towards online purchases so that new cars are delivered directly to their new owners’ homes.

Polestar will use Volvo facilities for aftersales functions such as servicing and warranty work. Orders are being taken now for Polestar’s first staple model, the Tesla Model 3-rivalling Polestar 2, but a new large SUV, the Polestar 3, is due for launch next year.

Opening Polestar’s first UK space, chief operating officer and head of Polestar UK Jonathan Goodman revealed that this was the 27th such facility to be opened globally, and the company expects to have nearly 50 by the end of this year across Europe, China and the US. The London space will soon be joined by another in Manchester, and four or five more will follow in the UK’s bigger cities as the company learns more about the shape of Polestar demand in Britain.

“This is our way of changing the face of automotive retail,” said Goodman. “There’s no hard sell, no requirement to shift stock and no discounting. Visitors decide how much they want to interact with us, and our specialists tailor the experience to their needs, not those of the brand.

“If they decide to buy, a specialist guides them to their ideal specification, then by seamless digital interactivity puts the vehicle in the customer’s app, ready to be ordered when it suits them. We believe we’re putting the fun back into buying a car.” 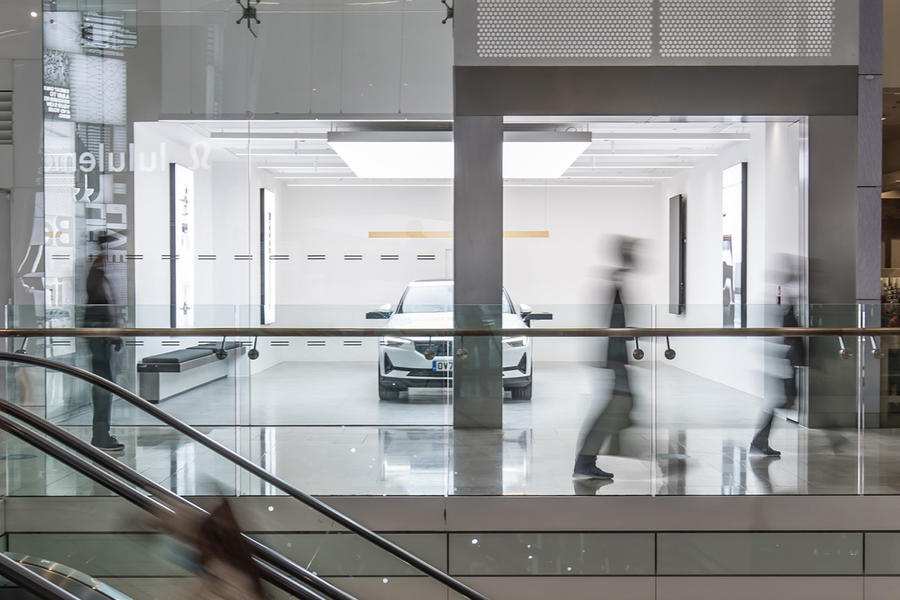 For now, Polestar’s staple product will be the 2, given that the limited-edition Polestar 1 range-extender coupé, the marque’s much-lauded launch model, has already sold out.

Following the 3 next year, the brand’s biggest focus is on productionising its Precept concept car, seen as a Porsche Taycan rival and revealed digitally in February. It will carry design cues and ground-breaking technology the company will use in the future, designed to “stress the differences” between future Polestar models and Volvos.

“We always intended that the designs would diverge,” said Goodman. “They will have a different ethos and a different starting point. A Polestar will always be primarily a driver’s car, whereas a Volvo majors much more on comfort and safety.”

All future Polestar models will be pure EVs, Goodman confirmed, but he said the company has "no plans” for anything smaller than the 2. He believes this still gives “tremendous scope” for the planning of future models, but also noted that in an era when larger manufacturers are busy reducing their model ranges, a line-up of “three or four” Polestar variants will be enough for the foreseeable future.

Polestar CEO Thomas Ingenlath once spoke of selling 50,000 Polestars a year, but the company has since revised its estimate to a less specific “tens of thousands” annually, in the light of more difficult times. “We have no need to chase volume,” said Goodman. “In fact, it’s alien to the way we want to sell cars. Having said that, we believe our brand has massive growth potential.”

Polestar already has an R&D centre at Ansty on the outskirts of Coventry – described by Goodman as one of the UK’s best-kept secrets – close to but separate from facilities recently established for Lotus and LEVC, which, like Polestar and Volvo, are owned by Geely. The centre already has 120 resident engineers, and as work builds up on the Precept offshoot and the technology that will support it, that number will expand to 250. 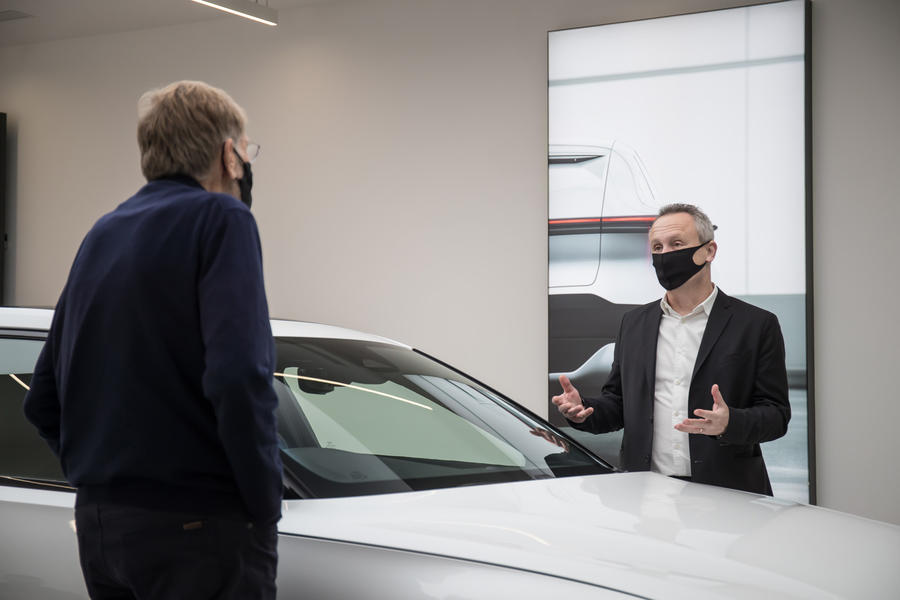 What made you risk a 35-year career to help launch an entirely new marque?

"Because it was a no-brainer! An opportunity like this comes once in a career. Also, you rarely get the chance to work with someone with the dynamism and passion of our CEO Thomas Ingenlath. Besides, after a long time in communications, I was looking for an operational role."

Did you design Polestar’s way of selling cars?

"We’re a team so I didn’t do it all on my own but, yes, I did have quite a bit to do with it. There are things about the retail business that have always frustrated me. I’m not blaming dealers – most do a good job – but I’ve watched cars being pushed into the market and not enjoyed it much."

"It boils down to one thing more than anything – to work on the customer experience. We want to make buying a car enjoyable, and in many cases, you really can’t say that at present."

What has surprised you most with your early Polestar experience?

"I’d say the speed of customer reaction. People are ready to engage with you in an instant and if they’re happy – or not – you’ll know far sooner than by using older methods. It’s hugely reassuring, actually, because we’re a fast-acting digital brand and people are quick to say what they think. That helps deliver great customer service."

Well I ordered one of these on June 6. First delivery was September. This was cancelled as polestar were not sure where the car was. 2nd delivery end of October. This was cancelled due to a flat battery. Car has not moved now for 2 weeks. Apparently it's going to be recovered, thus week. Completed joke these guys. Never had an experience like it. They now have my 50k cash on their bank for about 2 months.
WinstonAlexanderson 1 November 2020

Chinese crap in Swedish gift wrapping paper. Already had two, pending three recalls and lawsuit in France for stealing citroens logo. Avoid these death machines at all costs and buy normal trusted British brands. Keep our jobs ours and support our own engineers.
vinylnutter 30 October 2020

Its a showroom. Why not just call it that?