BACK TO ALL NEWS
Currently reading: Updated Audi Q7 SUV makes public debut
UP NEXT
MST Mk1: Is this the ultimate rally recreation?

The Audi Q7 has been given a major makeover with new styling and upgraded kit to bring it in line with the rest of Audi's SUV range – with every engine featuring electrified technology.

Making its public debut at the Frankfurt motor show, the five or seven-seat SUV will go on sale in September with a choice of two 3.0-litre diesel engines, producing 228bhp and 282bhp respectively, and a 335bhp 3.0-litre petrol engine. All three units are mated to an eight-speed automatic gearbox and a 48V mild-hybrid electrical system, which allows coasting for up to 40 seconds with the engine switched off.

Those will be followed soon after by a plug-in hybrid petrol version – technical details of which are yet to be disclosed – and the hot SQ7, which features the same 429bhp 664lb ft 4.0-litre twin-turbo mild-hybrid TDI engine used in the new Audi SQ8. 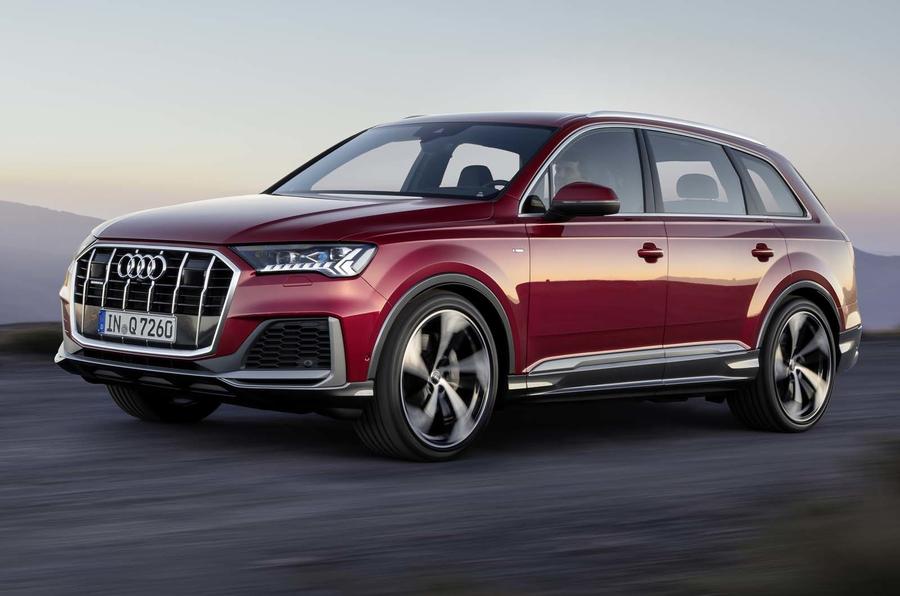 The revamped Q7 features an updated design to bring it in line with Audi’s other SUV range, including a new-look grille and new standard LED headlights. The rear features a new chrome strip that runs between the rear lights. While it sits on the same platform as before, the new Q7 is 11mm longer at 5063mm, although its wheelbase of 2994mm remains unchanged.

Audi has put a major focus into the car’s interior to match the rest of the range, including the latest version of Audi’s twin touchscreen MMI infotainment system, featuring a main screen of up to 10.1in. Audi’s Virtual Cockpit system is standard, with an optional head-up display available. In five-door form the Q7 has 865 litres of boot space, rising to 2050 litres with the seats folded. 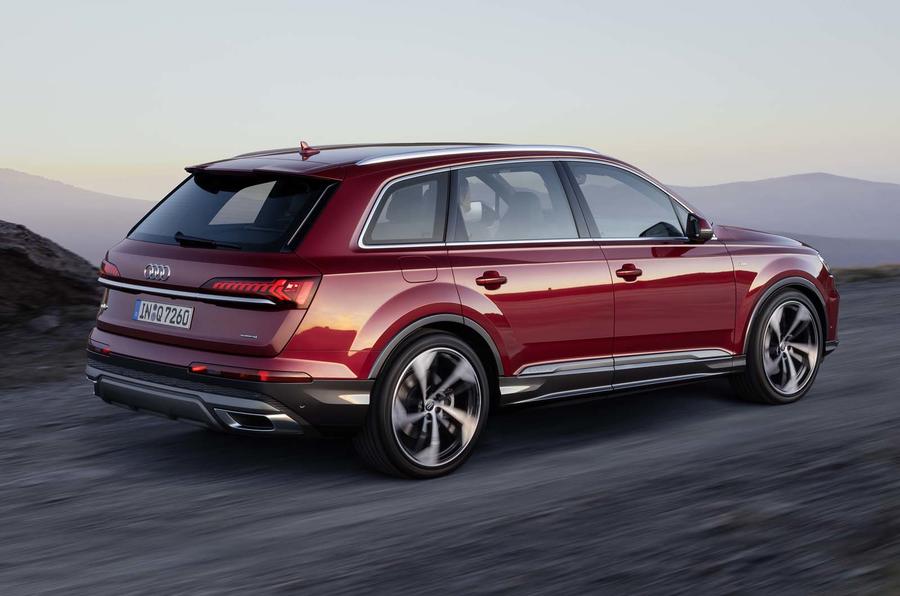 The new Q7 is available with optional electromechanical active roll stabilisation and all-wheel steering to boost handling, along with standard steel spring or optional air suspension.

The SQ7 version has gained unique design touches including a revamped grille and chrome exhaust pipes, along with 20in wheels and upgraded brakes measuring 400mm at the front and 370mm at the rear. Carbon fibre-ceramic brake discs are available as an option.

Red is rarely a good colour

Red is rarely a good colour for this size of car.

Oh dear. I am not sure what

Oh dear. I am not sure what to think about audi SUVs. Their styling is getting seriously dubious.

I definitly prefer the old generation.

Whatever next, an Audi that does not drive like a numb, stiff Volkswagen?