BACK TO ALL NEWS
Currently reading: VW Dieselgate damages: civil case to begin today
UP NEXT
Alfa Romeo to show new sports car in early 2023

The critical first High Court hearing in the class-action lawsuit being brought against Volkswagen for its actions in the Dieselgate scandal will kick off today (Monday) with a hearing over whether the company’s two-litre diesel engine was fitted with a defeat device.

Lawyers will argue the case over two weeks, with a judgement expected in spring 2020. Ahead of the trial, Slater and Gordon, leading the class-action lawsuit, described the hearings as “a decisive point”.

“VW has had plenty of opportunity to come clean, make amends and move on from this highly damaging episode,” said Gareth Pope, head of group litigation. “But instead it’s chosen to spend millions of pounds denying the claims our clients have been forced to bring,” he added.

Volkswagen said that it will continue to “defend robustly our position in the High Court”. In a statement to Autocar it added: “Volkswagen Group maintains that there has never been a defeat device installed in any of its vehicles in the UK."

The company said the specific legal point under consideration is “whether the legal definition of a defeat device is met in certain circumstances.”

If Volkswagen's lawyers win, the case is unlikely to progress further. If the ruling goes against them, the case will move to a second phase that is unlikely to play out until late 2020 or 2021. If VW is ultimately found guilty, it could be ordered to pay hundreds of millions in compensation.

It has also emerged that there is a dispute over how many owners are represented in the lawsuit. Slater and Gordon claims '100,000 motorists', but VW argues that the number is 86,000. 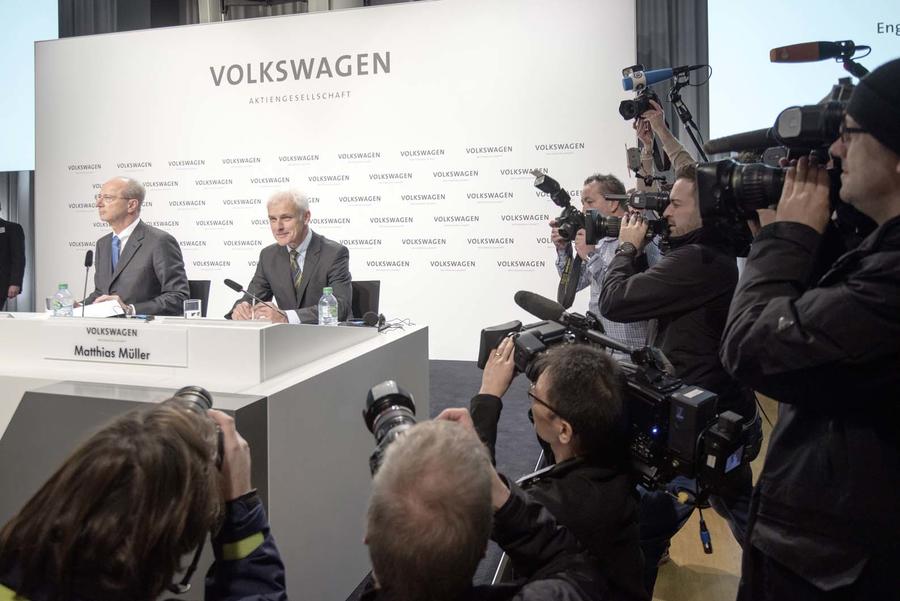 The number of motorists represented has fluctuated and gone down in recent months as duplicate and irrelevant claims are weeded out. Some Jeep and Jaguar owners had to be taken off the list, Autocar has been told.

The trial will be held under civil rather than criminal law – it is about compensating motorists rather than punishing any wrongdoer. As such, the legal arguments will centre on three points under the so-called ‘threefold test’.

Slater and Gordon will have to win all three for motorists to gain any compensation from Volkswagen in a trial tipped to take eight or nine months, with both sides expected to deploy an army of technical experts to help argue their case. 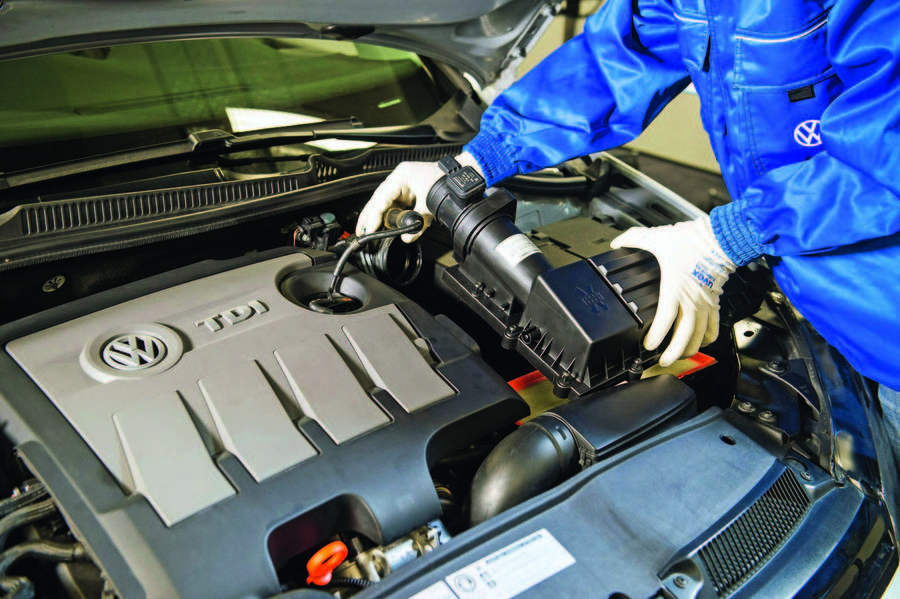 The first legal point will be to determine whether Volkswagen has breached its ‘duty of care’ and will hinge on whether the firm fitted a ‘defeat device’ to cars equipped with the EA189 diesel engine in 1.2, 1.6 and 2.0-litre capacities.

“It remains Volkswagen Group’s case that the affected vehicles did not contain a prohibited defeat device and that any findings by foreign authorities on that point is not binding on the English Court,” the firm told Autocar in a statement.

“Our consistent position has been that the instigation of legal proceedings in the high court in London is unfounded.”

This defence is disputed by Slater and Gordon, since Volkswagen has admitted in the US to having fitted a defeat device that detected a rolling-road test and temporarily modified the combustion to reduce NOx emissions. This admission carries no legal weight in the UK. 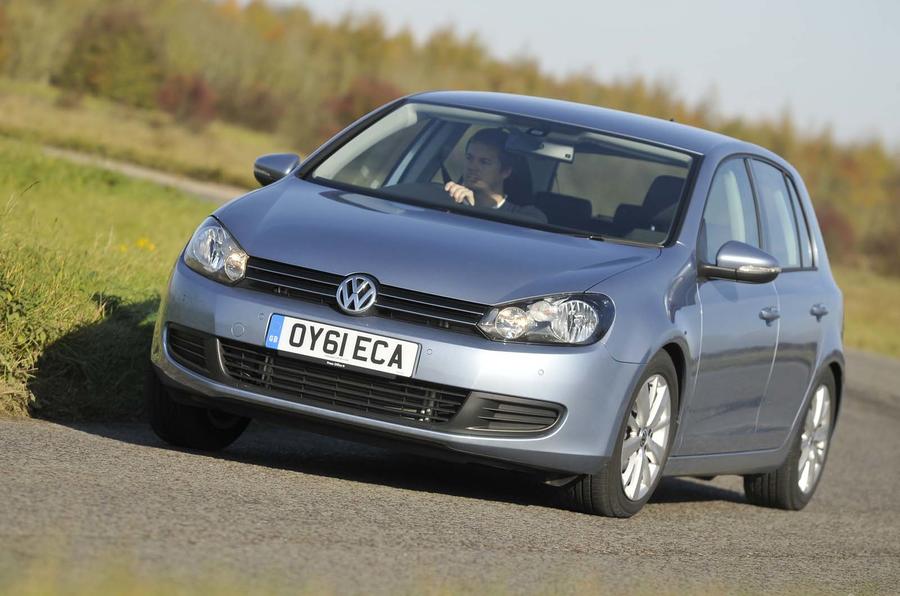 “VW has already admitted it programmed the vehicles to operate in two modes (test and road). But have failed to explain why they did this. The judge has now ordered them to explain,” said Slater and Gordon in its statement to Autocar.

In the pre-trial hearing, Slater and Gordon will argue that the English high court is bound by a finding by the KBA, the German type approval body, that Volkswagen’s software includes a defeat device. Volkswagen will counter that it believes the “switching function” between test and road modes “used in the UK and the EU is legal”.

If Slater and Gordon argues this point successfully, it then has to establish ‘causation’ and prove a link between damage or harm to the car and the defeat device software. It may be more difficult to convince the judge of this.

Volkswagen is firm that “our UK customers have not suffered any loss or damage as a result of the NOx issue. The affected vehicles are safe and roadworthy and perform as advertised.”

Slater and Gordon argues that the cars were sold “deceitfully” and could not be lawfully sold, but once the Dieselgate scandal was exposed and Volkswagen recalled cars for a technical fix, owners suffered poorer mpg, CO2 and drivability.

The headline-grabbing final point will be the size of any multimillion-pound payout, based on the losses suffered by motorists. Slater and Gordon is aiming to prove that owners have lost out on residual value owing to the defeat device and in terms of issues caused by the fix. 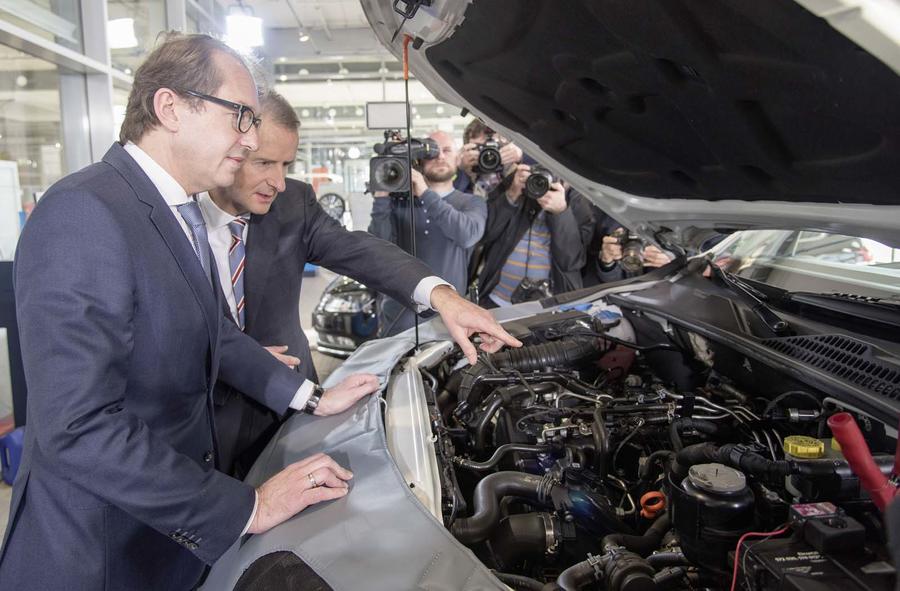 “Our clients tell us the fix has made vehicles less fuel efficient, has impacted performance and resulted in instances of vehicles going into limp-home mode in dangerous circumstances,” said Slater and Gordon.

Finally, it is pushing for “exemplary damages” to punish Volkswagen for its alleged deceit.

Volkswagen, of course, will attempt to demonstrate evidence to the contrary – that there has been no adverse impact on residual value, CO2, mpg or engine performance. And it stresses that the “fix” resolved “the vast majority of complaints to our customers’ satisfaction”.

If it looks as though the damages might fall short of expectations and won’t cover the legal costs, the case could be settled out of court.

More twists and turns are to be expected as the case meanders its way into court later this year, but affected motorists and Volkswagen can at least look forward to the protracted process finally being resolved by the end of 2020.

How will damages be decided?

Behind the scenes, Volkswagen is understood to have undertaken a research project into the effects on residual values – which is where the biggest losses might be crystallised. 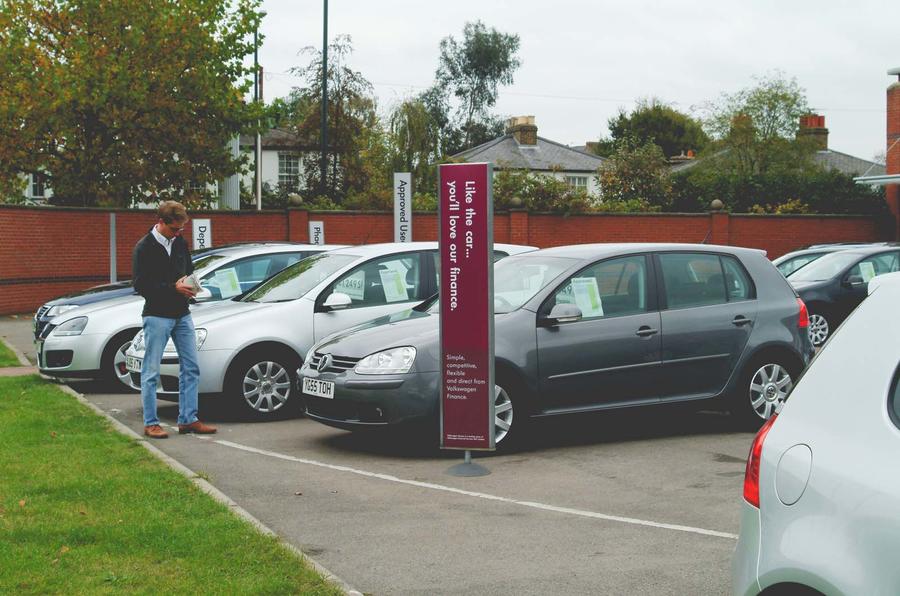 Of course, Slater and Gordon has a big incentive to win as large a payout as possible to satisfy motorists attracted by adverts taken out by the law firm as it built the group litigation. It estimates damages at more than £2000 per car – made up of losses on residual values, breach of contract and unfair trading regulations related to finance agreements – although legal costs will absorb at least 30% of that.

But a different estimate suggested to Autocar was a “few hundreds of pounds” to a maximum of £1000 per car. If damages are expected to average £1000 per claim, that will be £97 million in total and well short of Slater and Gordon’s “hundreds of millions” estimate.

That’s important because the law firm has financial backing from Therium Capital, which is expecting a payback on its investment.

If the damages fall short of expectations, the motorists’ side might be better off settling out of court, because £97m might only just cover legal costs.

My VW 1.6 (Golf etate automatic TDI worked perfectly until NOx service action. The car was 4 years old and had done only 16,000 miles and had a full VW service history. Within a few months - the first time I drove it on the motorway I had problems with 'limp mode etc. VW AG (UK) pretended to know nothing of what I was talking about. I had heard about the dieselgate scandal but I didn't connect it to my car. I naively contacted VW AG (UK)  customer services asking why the VW garage were not fixing my car and instead looking for other work to do on the car eg: recalibrate the gearbox etc? The car was going in and out of limp mode (losing power) when on the motorway and overtaking.  After my second letter to customer services I advised that my letters wouldn't be responded to simply put on file. I turned to the Internet to find out what was going on with my car. When the ar completely broke down in france it transpired that it was an injector that had failed. I have since gone thorugh 2 more injector failures. The car has now completed 36,000 miles. Although I was plagued with problems since the NOx 'fix' and had the car serviced by VW exclusively they refused to help me with costs after their 2 year 'fix warranty' expired. When I said I wasn't prepared to pay for the £600 injector (plus labour plus 80.00 diagnostic) they charged me 20% handling cost on the injector - £120.00 plus £80.00 diagnostic charge.

I collected the car from the VW garage and drove it in limp mode firing on only 3 cylinders to repair it myself. I now carry two breakdown bags including a laptop with VCDS and two spare injectors. I complained to the department of transport etc who recommended that I consider taking civil action against VW. The car is now 8 years old - 36,000 miles only as mentioned. I  service it myself now and I would never buy another VW AG product. This is not because of the dieselgate scandal but because what happened afterwards.... the corporate dishonesty of VW AG having disregard for my safety and other road users and their preferring to pretend they didn't know what I was talking about. They were the people that could have helped me but preferred to seek to exploit me rather than accept there had been lots of post fix problems especially with 1.6 TDI engines.  They are still denying any wrongdoing now.

this is still going on? things do get dragged out! are the others who were caught being treat similarly, or is it just vw?

Four years after the scandal broke out, finally, the hearing begins.
View all comments (7)