BACK TO ALL NEWS
Currently reading: The cars of Ferrari’s XX programme
UP NEXT
New 2022 BMW 3 Series brings redesign and tech upgrades

The cars of Ferrari’s XX programme

Since 2005, Ferrari has offered a very select group of owners the chance to take part in exclusive track days all over the world, including iconic racing locations such as Spa-Francorchamps and the Nürburgring.

To buy into the XX programme, customers needed to be approached by Ferrari and 'invited' onto the scheme, which included purchasing track-only variants of Ferrari's most exclusive models. SInce the scheme's introduction, just three models have made the cut: the FXX, 599XX, and FXX-K.

Contrary to popular belief, the cars included in the XX programme were never forcibly kept at Ferrari’s Italian HQ, though the likelihood is that many owners chose to take advantage of the service, which includes bringing the cars out to events for the owners to drive. At each event, the drivers are supported by a full Ferrari pit crew and technicians.

Beyond the Ferrari-organised events, client test drivers (as Ferrari calls them) are able to arrange extra track time in their car with Maranello, and are encouraged to help the marque develop and test its next generation of road car technology.

The original FXX kicked off the XX programme. Based on the legendary Enzo supercar, just 30 FXX models were produced, with 29 sold to customers and the 30th presented to F1 legend Michael Schumacher – who also took part in the XX scheme.

As with later XX cars, the FXX was never homologated for road use, nor was it ever designed to be used in competitive racing. Such was its hardcore nature that the purchase price of each car included an advanced driving course at Ferrari’s Fiorano test track.

The FXX used a larger 6.2-litre version of the Enzo's naturally-aspirated V12 engine, with power raised from 650bhp to 788bhp. Its 19in wheels were fitted with custom-developed racing slick tyres and its gearbox upgraded with technology borrowed from the company's F1 division.

The initial XX programme was designed to run for just two years, but Ferrari decided to extend it in 2007. At the same time, it offered an “Evoluzione” package for the XX.

The package bought drivers another six track events over another two years – but also offered a series of upgrades for the FXX. Power from the 6.2-litre V12 engine was increased to 848bhp at 9500rpm, while revisions to the transmission cut shift times to just 60 milliseconds.

Extra settings were also added to allow drivers to turn the FXX’s traction control off completely, while the suspension and brakes were also modified. It was rumoured to cost upwards of €1 million, excluding local taxes. 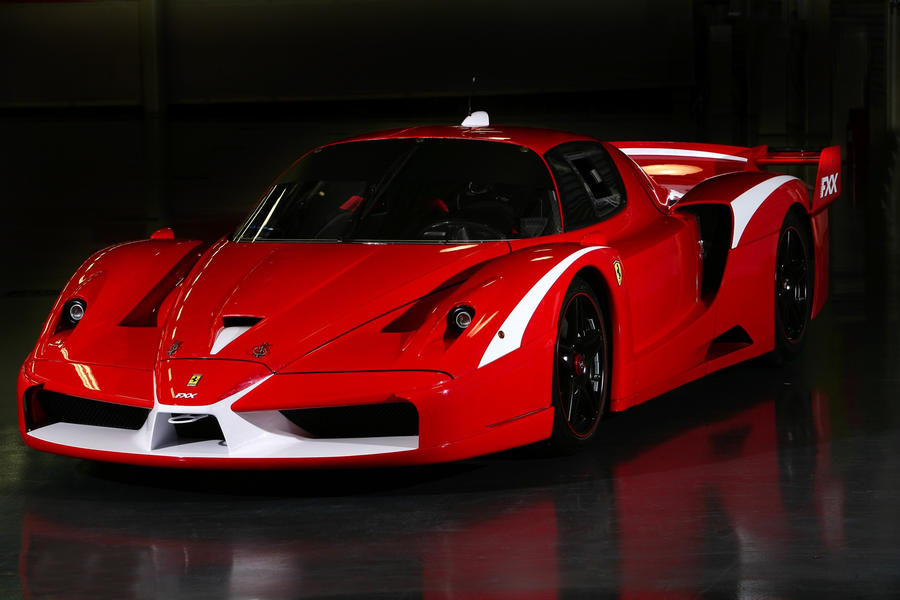 In 2010 Ferrari added a new vehicle to its XX line-up, the 599XX. Costing around £1.3 million, production was similarly limited to 29 models.

The V12 engine, lifted from the regular 599, featured new enhancements and a titanium exhaust, taking power to 720bhp at 9000rpm and torque to 505lb ft at 6500rpm. Weight over the standard car also dropped by 270kg to 1430kg - all of which added up to provide a 0-60mph time of less than 2.9 seconds and a top speed of 196mph. Autocar was one of the few media outlets to drive the car at Fiorano.

The result was car a car that could lap Fiorano in just 1min 15sec – a full ten seconds faster than the Enzo - and could achieve up to 400kg of downforce at 124mph. 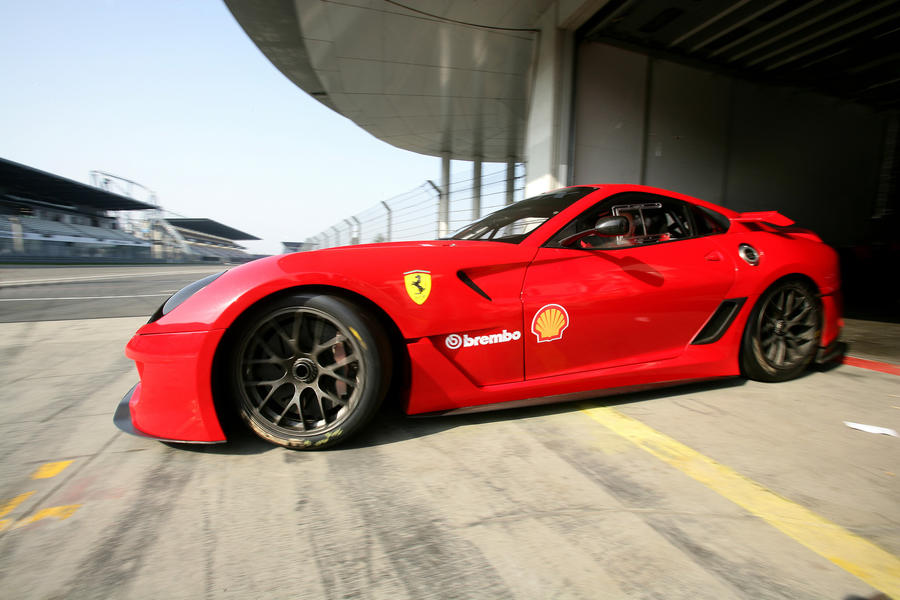 Now a firmly established part of the Ferrari repertoire, the XX programme was again bolstered by the arrival of the €2.2 million FXX K.

Based on the LaFerrari, the K in FXX K refers to the car's kinetic energy recovery system (KERS), which was developed for road use with technology pioneered in Formula One. Hybrid power delivers a combined output of 1021bhp, with 848bhp delivered by the V12 engine and the remainder generated by the electric motor.

The FXX K has a dry weight of 1,165kg and generates as much as 540kg of downforce at 124mph. At Fiorano, it set a lap time five seconds faster than the road-going LaFerrari.

In 2017, Ferrari introduced the FXX K Evo, an aerodynamic upgrade and weight reduction package that gave an additional 23% more downforce over the standard car (75% more than the road-legal model). 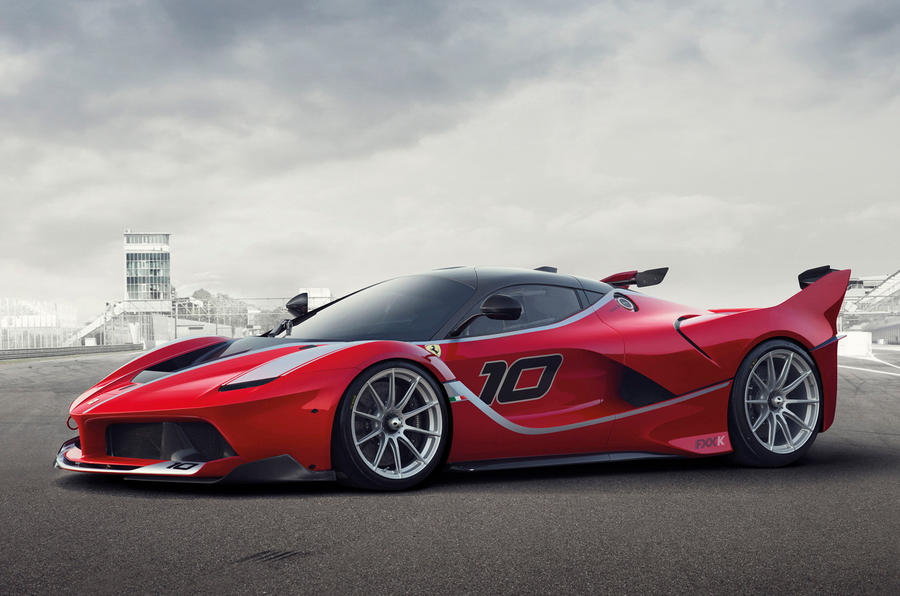 The future of the XX programme

Given the developments that have already reputedly come as a result of the XX programme, it’s fair to say the cars – and drivers – will continue to shape the future of Ferrari. Bosses have already hinted that the programme will look to develop technology for use in cars.

"XX is a laboratory for Ferrari, where our clients have an input," Ferrari test driver Marc Gené said.  "We put in place the XX programme, to build a car that is performance orientated and has the latest technology available, and also so that the technology can transfer back into the road cars.

"We also have these Ferrari clients, who are big clients and who have big Ferrari collections, so we value their input about what they want. XX will give us some of the technology for the next models, in five or so years time. "

It's currently unknown whether Ferrari will continue to expand the XX programme. The company has previously indicated it has two new models set for 2020, though one is expected to be the long-awaited SUV. Instead, the most likely candidate is the the SF90 Stradale, currently the most powerful road-going Ferrari model on sale.

How to own a special edition Ferrari​

What an awful tuning!

What an awful tuning!